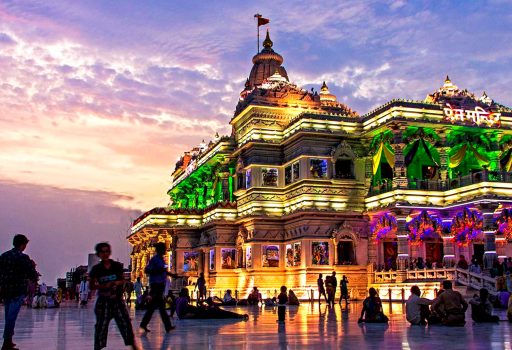 Be it for a weekend road trip or a longer getaway, why not pick a place that is not overrun by tourists? Preeti Verma Lal gives you a pick of some not-so-well-explored places that are worth charting a route to.

“And so with the sunshine and the great bursts of leaves growing on the trees, just as things grow in fast movies, I had that familiar conviction that life was beginning over again with the summer.” F. Scott Fitzgerald mused in The Great Gatsby. I am not sure about life beginning again with summer, but every summer darts are thrown on the map for a new holiday destination and new itineraries are scripted. This summer, don’t run to the travel agent who might get into another touristy destination spiel. Don’t pick the brochure and head to where everyone is heading. Explore something unusual. Pick a not-so oft-talked about destination. Do something different even if you are going to where you have gone before. Here are a few such summer getaways, easily accessed from the main cities and metros. 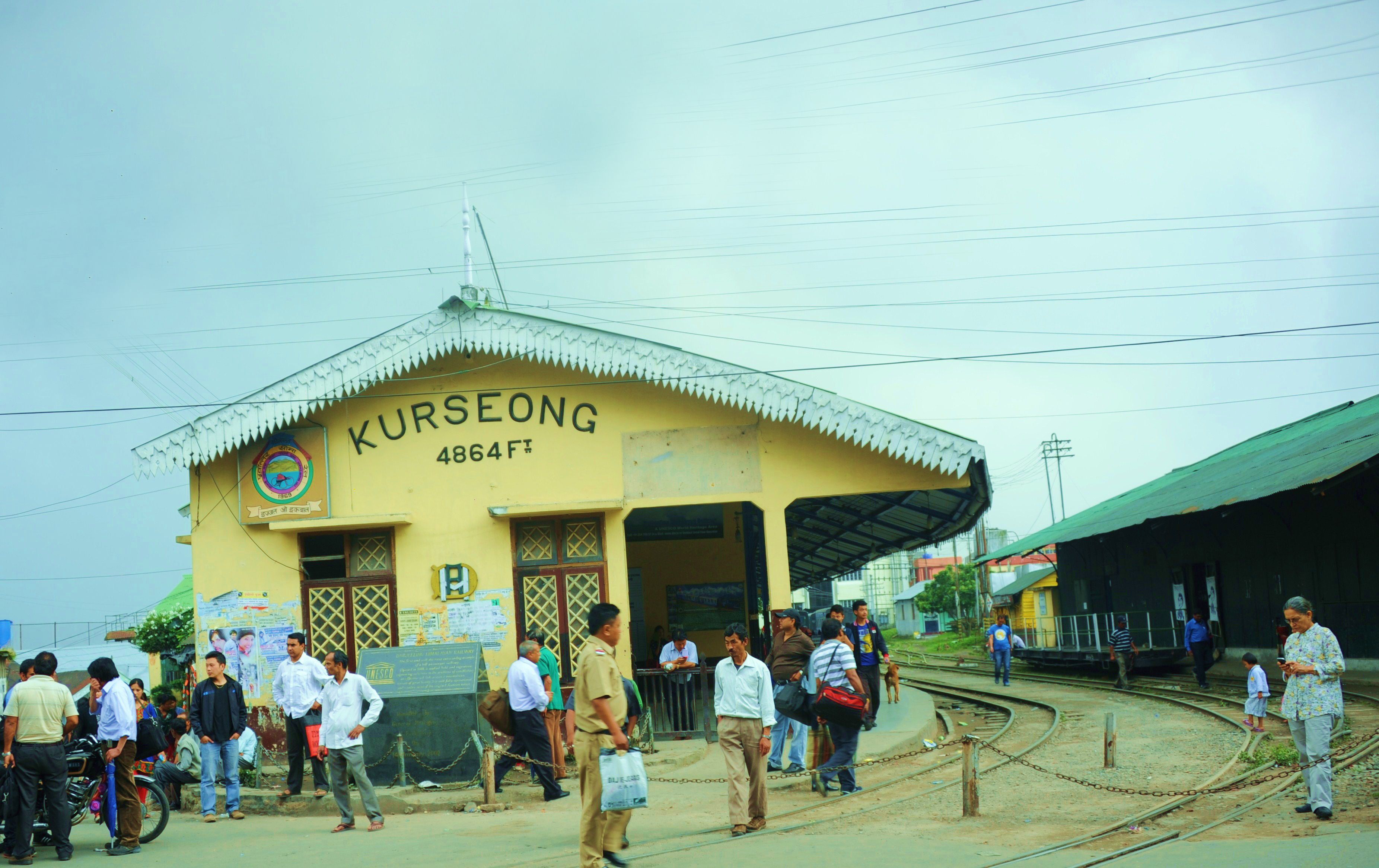 It is Darjeeling’s lesser known cousin. Beautiful. Quiet. And away from the gaze of the everyday tourist. Before stepping into Kurseong, pack a little courage in the heart. Hairpin bends, death valleys, and a treacherous road lead into the hilly town where a nun with a compassionate heart, Mother Teresa, is said to have found her calling; a brave soldier, Netaji Subhas Chandra Bose, spent time in the house of his elder brother; where tea is hand-rolled for the ritzy Harrod’s; where Darjeeling Himalayan Railway, the famous blue train hisses between Darjeeling and Siliguri on a gauge track; and where 100 types of tea blends – and tea leaf fritters – get served at Cochrane Place, a boutique hotel.
Perched 4,783 ft above sea level, Kurseong borrows its name from the white orchid and was once the haven for the Britishers during summer months. But the mountainous, inaccessible terrain sent the British scurrying to Darjeeling. That left behind quietude as largesse for Kurseong. Here, while the world sweats, you can trek, swim, find piety in temples, haggle in the local bazaar, amble through tea gardens and drink chaang, local fermented millet brew, out of bamboo tankards.
Good to know: Fly into Bagdogra – from there, Kurseong is a 90-minute drive away. New Jalpaiguri (53 km) is the nearest railway station. Take the famous Darjeeling Hill Railway train and steam through until Kurseong station. Must-see: Toy Train station, Dow Hill, St Mary’s grotto, Forest Museum, Ambootia Shiv Temple, Netaji Kothi, Salamander Lake.
Malihabad (from Lucknow) 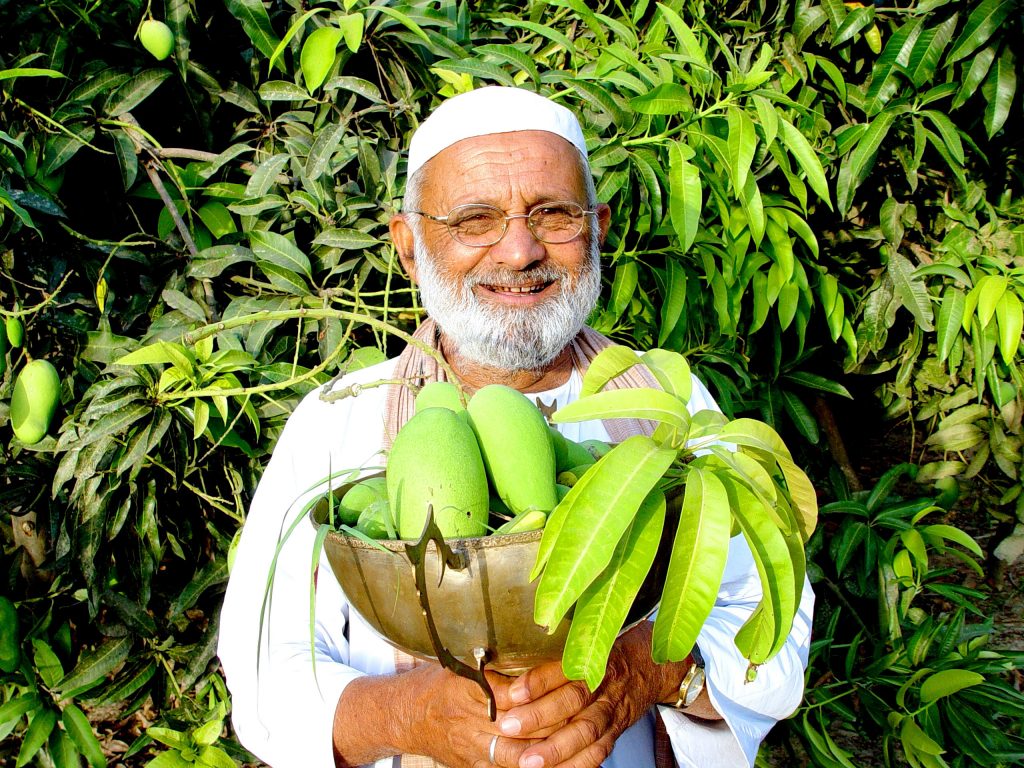 If you love iambic pentameters, you must have heard of Malihabad. As the suffix in poet Josh Malihabadi’s name. If the silver screen is where your eyes find solace, you must have seen the dusty village in the iconic films Umrao Jaan and Junoon. And if you like raking history, you sure must have heard of the man who seeded Malihabad – an Afghan, Afridi Fakir Mohammad Khan Sahib Goya who married 11 times and had 52 children.
But in summer, Malihabad is only about one thing: mangoes. It is the mango capital of the country. Within its 20 sq km radius grows about 700 varieties of mangoes. Mangoes are everywhere. But there is one tree that is the most famous of all – a 100-year Asroor Mukarar mango tree on which grow 300 varieties of mangoes, each grafted sedulously by Padma Shri Kalimullah Khan. So unusual is the tree that it has found a mention in the Limca Book of Records. Not too far away is the village of Dussehri, its claim to fame being the original 300-year-old Dussehri tree which the locals believe was not planted by humans; it rose from the earth as a blessing. And on the way, there is the village of Kakori where a kind chef invented the kakori kebab for the toothless Nawab.
Good to know: Malihabad is 35 km from Lucknow’s airport. Hire a cab from the airport. Visit the palaces where films Umrao Jaan and Junoon were shot. Walk by the home of poet Josh Malihabadi.

Ratnagiri (from Mumbai)
Ask a foodie and he will tell you that Rantagiri is all about mangoes, the home of the famed Alphonso mangoes. A history buff will narrate the poignant story of King Thibaw, the Burmese king, and the royal family that was exiled to Ratnagiri in 1885 and lived in social isolation for nearly 30 years (the Thibaw Palace is a museum now).
The devout come here for the 400-year-old Ganesh temple built of pule (white sand) and is believed to be a self-created monolith of Lord Ganesh. The Maratha pride still walks the rampart of the 16th century Jaigad Fort. Ganapatipule is the most popular beach in the region. It gets crowded in summer, but it is somewhat customary to visit the beach and the Ganapatipule Temple that stands on it. Try local delicacies like masala pomfret, Malvan chicken curry and fried prawns.
Good to know: Distance between Mumbai and Ratnagiri is 330 km. There are no flights from Mumbai to Ratnagiri, but enough bus/train/taxi options are available. Must-see: Ganpatipule Beach, Koyna Wildlife Sanctuary, Jaigad Fort. 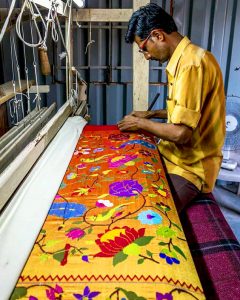 Mention Kanchipuram and the exquisite silk sari is the first montage that pops up in the head. A sari made of pure mulberry silk thread, a tradition with a geographical indication (GI) tag. Legend has it that the Kanchipuram weavers descended from Sage Markanda, the master weaver of the Gods who wove tissue from lotus fibre. The looms whirr in the city, which was the capital of the Pallava dynasty during the 6th to 8th centuries. Today, Kanchipuram is a must-do on the pilgrim’s list.
Good to know: Kanchipuram is 73 km from Chennai. Must-see: Kamakshi Amman Temple, Emkambareshwara Temple, Vaikunta Perumal Temple. Pick up an exquisite silk sari directly from a weaver while you are there.

Mathura and Vrindavan (from Delhi) 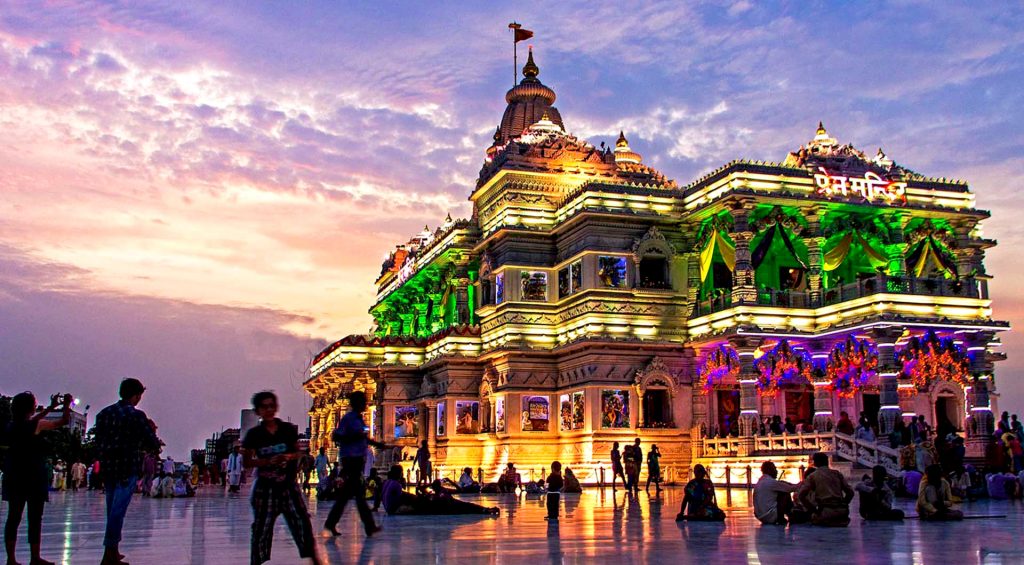 Be careful of your sunglasses in Vrindavan. Do not be surprised if a local hollers, “Take them off, take them off!” In the temple town, wearing sunglasses is not an offence, it is a money-magnet – the tailed ones snatch them away. Beyond the monkey warning, Vrindavan talks in ‘Radhe’ lingo. Every woman is addressed as ‘Radhe’ (in continuation of the Krishna–Radha lore) and men hunch hours to make gold leaf art. The evening aarti in Vrindavan and Mathura is on everyone’s wish list; so is the peda (a sweet made from milk) of Mathura and aloo-puri-lassi in Vrindavan. Be careful before hiring a guide – look for accredited/licensed guides to ensure you are not ripped off.
Good to know: Mathura/Vrindavan is 161 km from Delhi. Must-see in Mathura: Shri Krishna Janmabhoomi, Government Museum, Holi Gate; Banke Bihari, Nidhivan, Rangaji Temple (largest temple in Vrindavan) and the ISKCON Temple in Vrindavan. On the way to Vrindavan, do not miss the Gita Temple that has the entire Bhagavad Gita written on a red pillar in the garden.
Udupi (from Bengaluru) 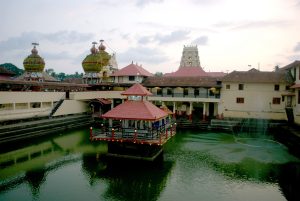 Do not get confused with the repetition. Udupi lies in the Udupi taluka which is part of Udupi district. That is Udupi, a holy town famous worldwide for its Kannada vegetarian cuisine. Udupi’s history revolves around the story of the 1,500-year old Krishna Temple and the mutt of 13th century Sage Madhvacharya who founded the Dvaita philosophy. During summer, Kapu and Malpe beaches are the best places to sink the toe in the cool sea. There is St Mary’s Island, where, as the story goes, Portuguese explorer Vasco da Gama landed and claimed the island in the name of Mother Mary.

Good to know: Udupi is 422 km from Bengaluru; the nearest airport is Mangalore (59 km). There are two direct trains and overnight bus options. Must see: St Mary’s Island, Museum of Anatomy and Pathology, Shri Krishna Temple.