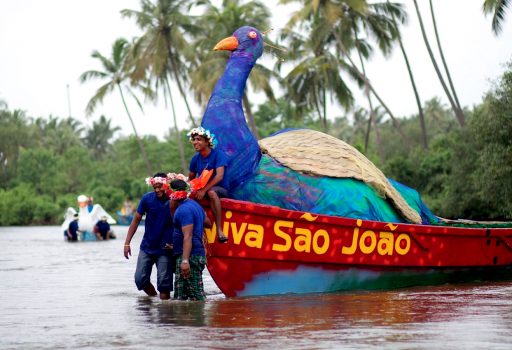 No festival in Goa is complete without good food and drink, music and dance. The festival of Sao Joao has all of this – and some other unique features, too 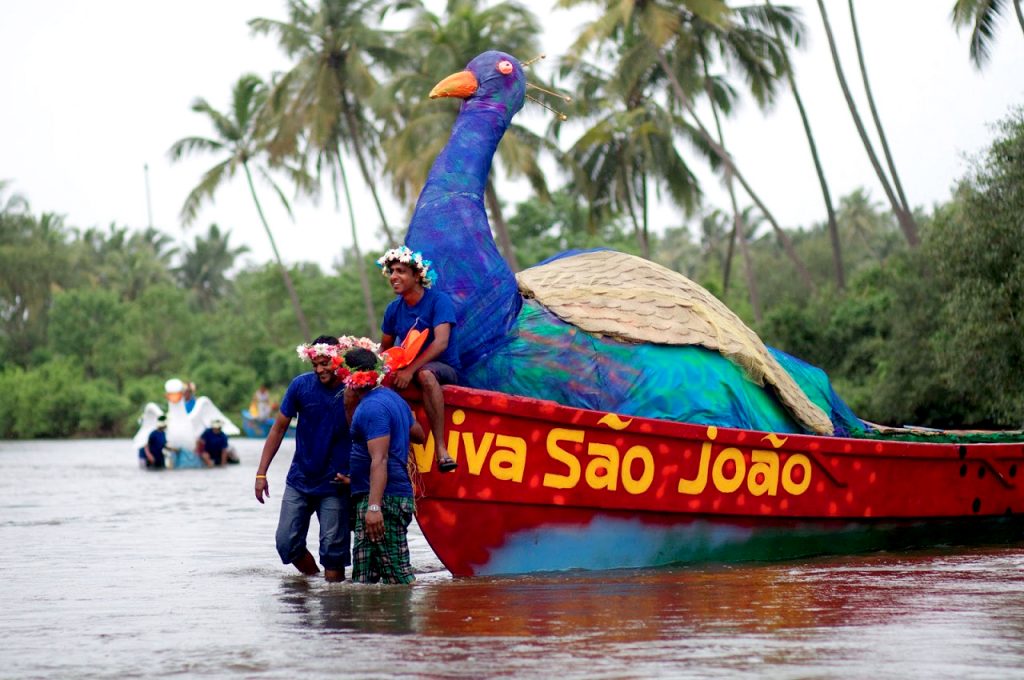 The festival of Sao Joao is dedicated to St John the Baptist, who was a cousin of Jesus Christ and a prophet himself. The festival has its roots in Portuguese culture, and it is noteworthy that the same festival (on the same day, albeit with some local differences) is celebrated in the city of Porto in Portugal.
Even though Sao Joao is a traditional Catholic festival, it is celebrated as a monsoon festival by Goans, and has its own unique features. For one, young men plunge into wells and ponds to retrieve gifts thrown in by the villagers, and the air is rent with shouts of “Viva San Joao!”
People wear colourful clothes and specially made coronets (called kopel), which are made by stitching together leaves, flowers and fresh fruits. Newly married couples and young women of child-bearing age are particularly in the spotlight during Sao Joao as it is also referred to as ‘the Festival of Fertility.’ In many places, the highlights of the day are processions of colourfully decorated sangodds or floating platforms created by joining boats together with banana tree trunks and coconut palms. Live performers entertain people while on these sangodds, and people join in the celebrations. Gifts and eatables are exchanged, folk dances and music are the order of the day, and food and free-flowing feni (local liquor made from the cashew fruit) keep the spirits high.