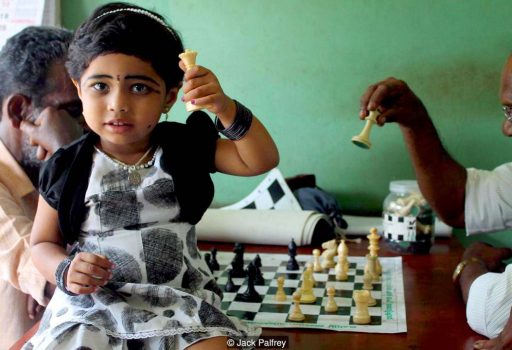 If you thought rural India was a synonym for poor technological development and outdated mindsets, think again. Here, we present a few unique Indian villages that have thrived on some key virtues and are setting an example for the rest of the country

When the Lord guards the house, where is the need for locks? That is the dominant philosophy in Shani Shingnapur, a village in Maharashtra. None of the homes of the 40,000-odd residents of the village have doors, leave alone locks. The villagers have no qualms about keeping money, jewellery and other valuables unsecured. They believe firmly that Lord Shani is watching over the village, and thieves will be swiftly and severely punished.Legend has it that a huge black stone was washed up in a flood long ago, and Lord Shani told the village headman in a dream that it was a manifestation of himself. He promised to protect the villagers from thieves and dacoits on condition that he was able to oversee everything that happened. From then on, Shani Shingnapur houses have only empty doorframes, so that Lord Shani residing in the sacred stone can have an unrestricted view of happenings. Even the police station there has no door! The branch of a nationalised bank, which operates in the village, has glass doors and an inconspicuous remote-controlled magnetic lock, bowing to local sentiments while keeping safety rules. Lord Shani is associated with the inimical planet Saturn in astrology and known to be quick to take offence and revenge. That seems enough to keep Shingnapur crime-free. Or, almost so. A couple of thefts have taken place there since 2010, but cases were not registered as the villagers insisted that they happened outside village precincts. Meanwhile, the temple to Lord Shani, which started out as a simple platform on which the stone was placed, has grown into a wealthy temple (although the idol still stands in the open as per the instructions the village headman received in his dream) and attracts thousands of pilgrims.

Kalayur is a tiny village surrounded by rice fields, not far from Puducherry in South India. At one time, the Vanniyar community there raised paddy. Since it was not all that profitable, they sometimes doubled up as cooks for members of the wealthier Reddiar community that lived in the village. The story goes that, early in the 20th century, some Brahmin cooks were engaged to serve up a feast at a Reddiar home, but walked out in a huff over something. The Reddiar turned to the Vanniyar man who cooked for his family on occasion. He stepped into the breach, and, working with some assistants, delivered the feast on time. The Vanniyars had found another calling. They formed teams and have been catering for functions across the region ever since. The cooks of Kalayur can serve up with élan the many items that go into a traditional vegetarian spread. With the right equipment and ingredients, cooking a full-fledged feast for 1,000 people is a breeze – it takes them under three hours! They are so much in demand that their services have to be booked well in advance, particularly during the wedding season. Today, each of the 200-odd Vanniyar households in Kalayur has at least one male cook. They do not go to catering schools; the village itself is their school. Training begins when a boy is as young as 12 years. Rookie cooks are made to peel, cut and chop, while seasoned hands take ownership for various components of the feast. The Head Cook does the planning, allots the work and checks that the flavours are emerging correctly, using his experience to bring it all together. It takes around 10 years to be regarded as ‘senior cook.’ Recipes are passed down from one generation to the next.  And the future looks good, because the young men of Kalayur are eager to follow in their fathers’ footsteps. Meanwhile, the women take care of the fields while their menfolk are away cooking up storms. And, in their own houses, the men do not lift a ladle; the home kitchen is the woman’s domain!

At first sight, Akodara, around 90 km from Ahmedabad, capital of Gujarat, seems to be just your average Indian village, with clusters of houses, some petty shops, a couple of schools and an anganwadi (government-run child care centre), a marketplace, as well as a bank and an ATM kiosk. The people there are also typical of rural India – mostly farmers engaged in cultivation or rearing cattle. But the typicality is only superficial. Akodara is an icon of the Digital India campaign. The private bank there holds the key. It has sponsored the transformation of this mediocre place into a microcosm of what the universally digitalised India will look like. Practically no one in Akodara now carries cash around. All transactions, even as low as Rs. 10, are done digitally. Almost every adult in the village has a bank account, and a customised SMS banking platform and software enables users to do basic banking transactions on their mobile phones. Government benefits are credited directly into bank accounts, so the old and the infirm do not have to travel long distances at significant expense to collect their dues. School teachers are able to make students understand abstract concepts using animation clips. There is an attendance system that lets parents know whether their wards have reached class or not. The anganwadi is covered by CCTV cameras. Wi-Fi connectivity allows farmers to keep up-to-date with commodity prices. And, on the wellness front, there is an e-Health Centre from which medical reports of the villagers can be sent to the best specialists for assessment and advice. Step into Akodara, and you step into the future of rural India.

In black and white

The people of Marottichal spend all their spare time plotting the downfall of kings. No, they are not village-level Machiavellis. They are chess enthusiasts! The old men and school children, homemakers and blue collar workers of Marottichal are all compulsive chess players. Unbelievably, less than 50 years ago, few in this village in the southern state of Kerala knew even the basic rules of the game. Illicit liquor breweries once thrived in Marottichal, and so did alcoholism and gambling. The average villager was as addicted to cards as he was to liquor. Astonishingly, the whole scenario changed when young Unnikrishnan returned from the town where he had been working, to open a tea shop in his native village. He brought with him a passion for a game he had picked up – a game that, incidentally, had originated in India around the 6th century. Chess. Unnikrishnan gave free lessons in chess to anyone who came to his shop. And the people of Marottichal were hooked! They exchanged one addiction for another. An estimated 4,000 of the 6,000 villagers now play the game daily! Battles are waged in school compounds, on the porches of homes, at street corners and, of course, at Unnikrishnan’s tea stall. People even come from other parts of India and from abroad to pit their wits against the people of Marottichal over the ubiquitous chequered board.  The villagers aver that chess has changed their lives. Today, they are a community which uses its brains; even its technology-loving teenagers play online chess. The village has a Chess Association, which is working to have the game included in the syllabus of the Marottichal school and, thus, ensure that a whole generation grows up knowing the moves.

In a corner of the northeastern state of Meghalaya, Mawlynnong nestles among East Khasi Hills. It may not be ‘developed’ in terms of malls and other amenities. But this little village is far ahead of much of the country when it comes to one important attribute: cleanliness. Nowhere in this village will you see piles of rotting garbage, mounds of plastic waste and overflowing gutters. The roads here are scrupulously clean. The 100 or so houses are spic and span. Every home has a toilet (a rarity in some parts of India) and everyone knows how to use it correctly. The water bodies are crystal clear. And so is the air. Cleanliness is a way of life at Mawlynnong. It is a habit that has been ingrained in the population right from childhood. It is a collective responsibility. Children run out into the streets every morning, armed with brooms, and sweep up the fallen leaves before going to school. And on weekends and holidays, the village elders assign to various groups the responsibility of cleaning up public places. No one regards this as a burden or bother. Even the garbage bins of Mawlynnong are easy on the eye. They are woven, conical bamboo baskets, placed strategically all over the village. The villagers segregate the waste, turning bio-degradable garbage into compost, and dispose of other trash appropriately. Plastic waste does pose a problem, but they tackle it by the ‘best out of waste’ approach, turning it into containers for plants, and even swings for their children. So how did this remote village take cleanliness so seriously, years before Prime Minister Narendra Modi launched the Swachch Bharath (Clean India) campaign? No one is certain, but some say this passion for cleanliness could have been the fallout of an outbreak of cholera in the village over a century ago. Hygiene was essential to contain the spread of the dreaded disease, and the villagers probably just kept up the good practices. Mawlynnong is now on the world map – as the cleanest village, not only in India but in the whole of Asia. Way to go!

Even as we take a leaf from books of the villages discussed, here is a some light-hearted trivia about three unique villages.
Twinning tendency: Scientists have been baffled by Kodinhi village in Kerala: It has over 400 pairs of twins and the number is growing! Is it in the genes? Is it something in the air? Or soil? Or water? Researchers are trying to solve the riddle.
Charmed by snakes: The people of Shetpal in Maharashtra are used to having snakes slither in and out of their homes. Not just any snake, deadly cobras! The reptiles enter houses at will, accept the milk or eggs they may be offered, and snooze in the hollow spaces set apart for them in the rafters and other areas of every home. Amazingly, no major incident of snake bite has ever been reported there.
The past in the present: If you feel confused when you enter Mattur, a tiny village in Karnataka, you have good reason to be! The scenes of contemporary Indian village life are at odds with the spoken language: Sanskrit. This ancient language, the root of many a modern one, now mostly confined to religious texts, rites and discourses, is the preferred language of communication in Mattur, across ages, professions and social standing. It is said that an understanding of the grammar of Sanskrit makes it easy to grasp the logic of math. That seems to be borne out by the unusually large number of engineers and IT professionals hailing from the village.