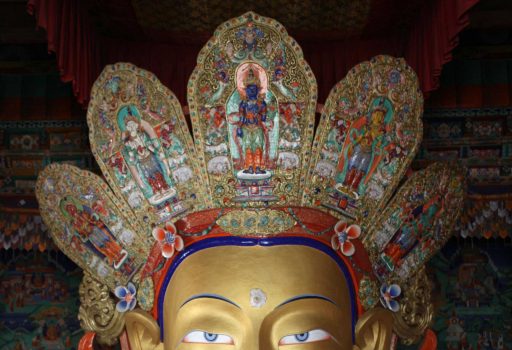 Around 2,500 years ago, a young prince walked out of his palace to try and find the meaning of life. Leaving a life of luxury, he embarked on one of starvation, but failed to find enlightenment. He then decided to follow the Middle Path between the two extremes, and after days of intense meditation, Siddhartha Gautama became the Awakened One. To mark Buddha Purnima, the birth anniversary of The Buddha that falls on May 12 this year, Susan Philip brings you a melange of people, places, symbols, tools and concepts associated with the world religion he founded 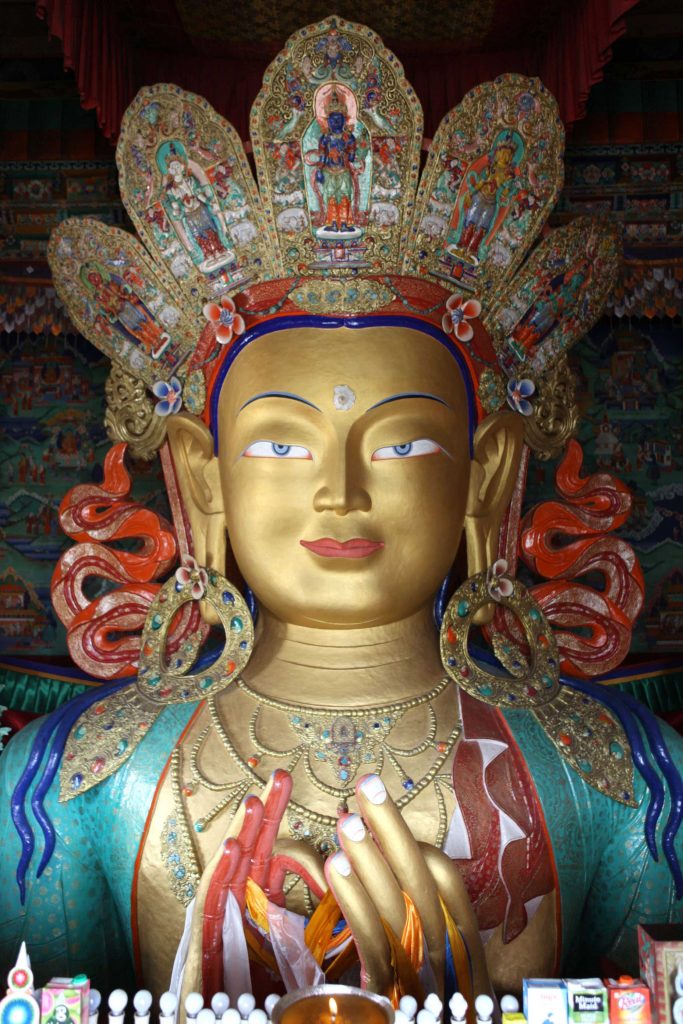 Emperor Ashoka (304–232 BCE) of the Maurya Dynasty consolidated the first great kingdom of the subcontinent by waging a series of bloody battles. But the extent of destruction caused by the last one, to conquer Kalinga, brought him up short. He resolved to give up violence. He turned to Buddhism, introduced welfare measures and social justice, and was instrumental in spreading the message of The Buddha within and outside the borders of his empire.

The Indian Fig or Ficus religiosa is better known as the ‘Bodhi Tree’ because it was under one of this species, also called the Pipal Tree, that Siddhartha Gautama attained enlightenment or Bodhi. Although the original tree was destroyed, one of its descendants flourishes in that spot, Bodh Gaya, in Bihar. A tree still living in Anuradhapura, Sri Lanka, is believed to have grown from a clipping from the original tree taken to the island nation by Emperor Ashoka’s children who converted the Lankan rulers to Buddhism.

Chanting is integral to Buddhism. Unlike other religions, however, Buddhist chants are not prayers; they are intended to put the devotee in the right frame of mind for meditation, and also as a means of learning, teaching and memorising religious texts. Om Mani Padme Hum is one of the most widely used chants and has a great depth of meaning beyond the literal translation — the jewel in the lotus.

Dharma is the path The Buddha taught, which leads to enlightenment or awakening through sustained practice. Buddhists commit to applying the understanding of Buddha’s philosophy to everyday life.

Simplistically, the ultimate goal of Buddhism is to achieve lasting happiness and be at peace with the universe through enlightenment. The Buddha taught his disciples how to achieve Bodhi. Those teachings are passed on by Buddhists.

The Buddha formulated a set of guidelines for life. They involve being correct in eight aspects — understanding, thought, speech, action, livelihood, effort, mindfulness and concentration. These guidelines foster self-awareness and integrity, wisdom and compassion.

There are many places of historical interest associated with Buddhism in India and abroad. Lumbini in Nepal was where Siddhartha Gautama was born. Sarnath in Uttar Pradesh was where he delivered his first sermon as The Buddha. He breathed his last at Kushinara, also in Uttar Pradesh. A well-preserved 3rd century stupa stands in Sanchi, Madhya Pradesh. The cave temples of Ajanta and Ellora in Maharashtra contain stunning examples of Buddhist art. Polonnaruwa in Sri Lanka, Angkor Wat in Cambodia and Borobudur in Indonesia showcase Buddhist architecture. There are magnificent Buddhist monuments in Japan, China and elsewhere too.

The prayer wheel, prayer beads, the singing bowl, the dorje or ‘thunderbolt’, the prayer bell, the right-facing conch and the butter lamp are all instruments used in worship by Buddhists. Prayer wheels, which come in different sizes, are cylinders moving around handles that can be turned. Prayer flags are also used extensively in many Buddhist temples. 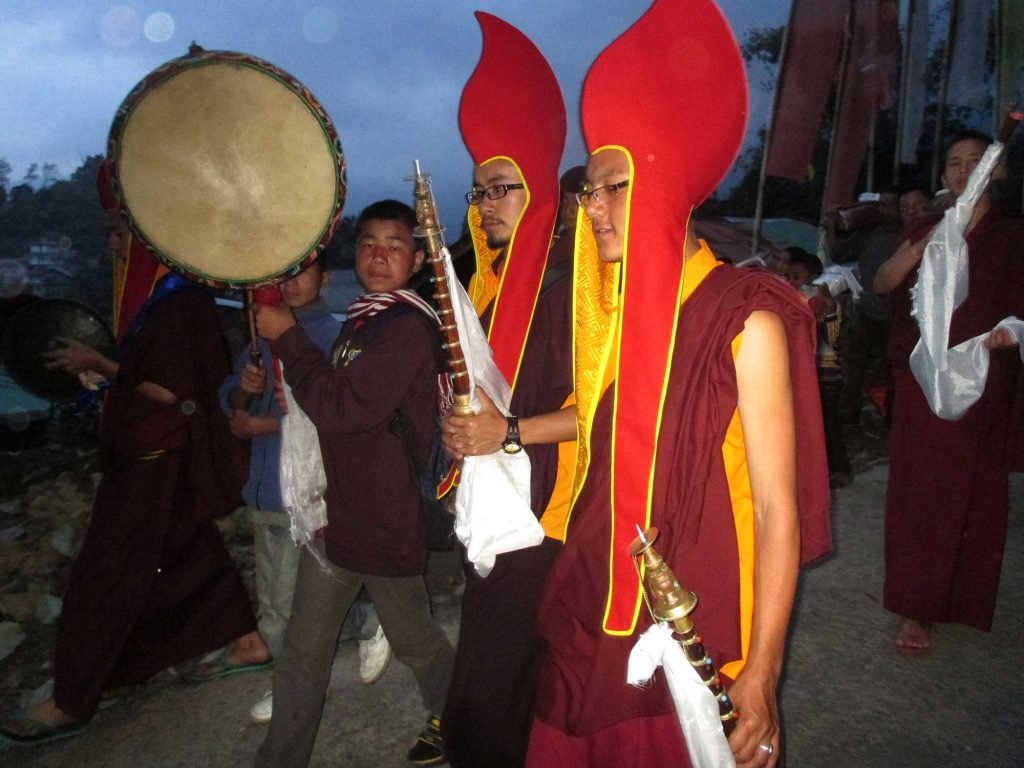 Around 550 stories collectively known as the Jataka Tales are a popular part of Buddhist literature. The Buddha is believed to have told these parables to make complex concepts easily understandable to the common man. In each, he connects a current event to one in a past life of his, as a human being or an animal, king or commoner, man or woman. This central character illustrates a virtue that was important to his subsequent lives in the path to Enlightenment.

The monastic orders are very important in Buddhism, and the Kathina Ceremony is when new robes and other essentials are presented to monks and nuns by lay Buddhists. Another important ceremony is the offering of food to ancestors. It is believed that once a year, departed souls are allowed to revisit the earth for 15 days. On the last day, Ulambana, people, especially in countries like Cambodia and Thailand, visit cemeteries and offer food to loved ones who are no more.

The lotus is very significant in Buddhism. Its colour and the extent of its blooming have a special meaning. Man’s heart, Buddhists believe, is like an unopened lotus bud. When he acquires the virtues of enlightenment, the bud opens. The Buddha, thus, is often depicted as sitting on a fully bloomed lotus. The white lotus symbolises purity, the red one stands for love, the blue for intelligence, and so on.

These are the two major schools of Buddhism. Theravada is also known as the School of the Elders, and is mostly followed in the Southeast Asian countries. Mahayana, The Great Way, is followed in northern Asian countries like China and Japan. They are basically different expressions of the same core principles, and there is no great conflict between the followers of the two.
Nirvana This is a popular, although possibly little-understood word. It is often equated with enlightenment. It is a complex state of mind that can be loosely described as a plane where desires cease, there is no sense of self and the soul is liberated from the cycle of birth, death and rebirth.

Offerings are generally believed to offset greed and attachment to material things and are a means of reaffirming the devotee’s commitment to the path of Bodhisattva — towards enlightenment. The ritual involving offering bowls is particularly significant in the Buddhist system of worship. Seven bowls are set out one beside the other in a straight line on the altar. They contain water for drinking, water for bathing, flowers, incense, light, perfume and food.

Pali is the language of the Buddhist religious texts, not Sanskrit, unlike the Hindu scriptures. Pali was well understood in the northern part of the Indian subcontinent during Buddha’s time. The Buddha’s sayings in Pali were taken wherever Buddhism reached, and in that sense, it became a language understood across borders. 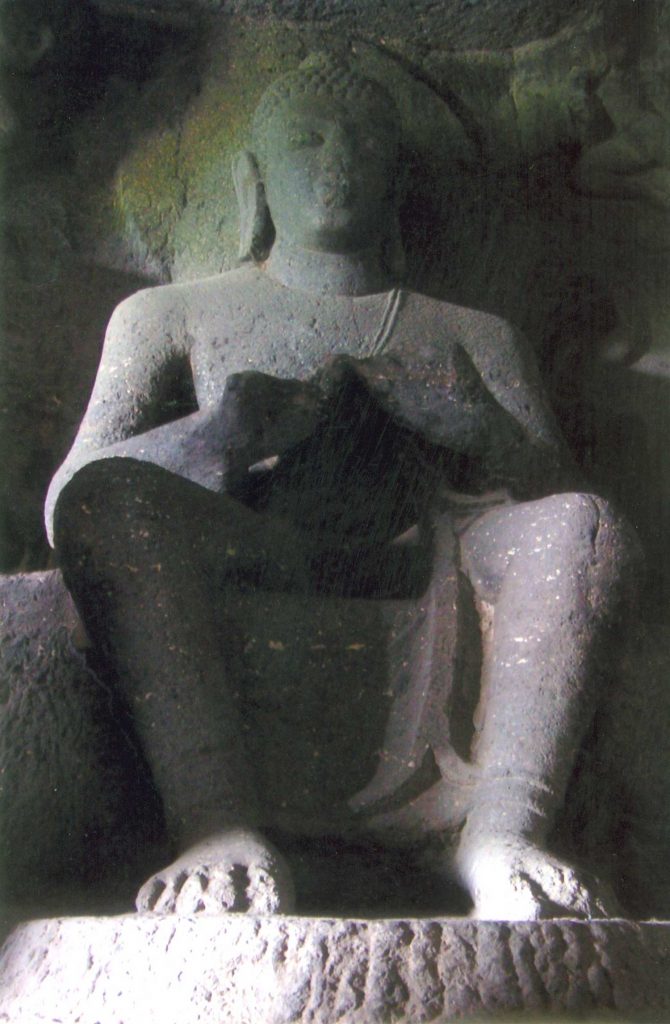 Quotes from the Buddha

The mind is everything. What you think you become.
Do not dwell in the past, do not dream of the future, concentrate the mind on the present moment.
Radiate boundless love towards the entire world — above, below, and across — unhindered, without ill will, without enmity.
Peace comes from within. Do not seek it without.

Renunciation was central to The Buddha’s spiritual quest. He recognised the inability of pleasure and luxuries to prevent suffering. So he renounced the life of a householder and set out to discover Truth, not for himself alone but so that he may help others understand it.

The stupas are sacred edifices in Buddhism. These domed structures can be found in all countries where Buddhism made a mark. Usually, they contain relics of either The Buddha himself, or a major monk or nun. They are places of meditation.

Buddhism became a strong force in Tibet around the 8th century. Tibetan Buddhism is familiar to the rest of the world today through the Dalai Lama. Due to political compulsions, the Dalai Lama lives in exile at Dharmshala in India. The use of prayer wheels and prayer flags are prominent in the Tibetan practice of Buddhism.

Upali was a barber and, as such, belonged to a caste that was low in the social hierarchy prevalent during The Buddha’s time. Yet he became one of the chief disciples of The Buddha. The story of how he was accepted into the monastic order and grew in it demonstrates that The Buddha disregarded the caste system and encouraged people from all strata to follow the eight-fold path to Enlightenment.

A technique of meditation taught by The Buddha, it can be described as a ‘self-exploratory’ journey and aims at purifying the mind, achieving liberation from suffering. The word comes from the Sanskrit vi meaning intense or powerful, and passana – seeing.

The chakra or wheel is a central symbol of Buddhism. It stands for many things including the wheel of law (Dharmachakra), the endless cycle of birth and rebirth, the eight-fold path and the rapid spiritual changes that The Buddha’s teachings inspire. Emperor Ashoka had the Wheel carved on pillars with edicts encouraging people to follow Buddhist ideals. When India became an independent nation, the Wheel was adopted as the central motif on the National Flag.

Buddhism’s simple and practical approach to spiritual concepts, conveyed in everyday language, appealed to the common man. The Buddha himself travelled through north-eastern India, teaching all those who were interested, irrespective of caste or gender, the path to enlightenment. Under Emperor Ashoka, these ideals took root in countries like Ceylon (Sri Lanka), Burma (Myanmar), Nepal, Tibet, Central Asia, China and Japan. Some of the practices and philosophies are regionally distinct today.

At 16, she was married to her first cousin, Siddhartha Gautama. She lived a life of luxury with him. But just a week after giving birth to their son Rahula, Yasodhara woke up to find that her husband had left to lead the life of an ascetic. She put off her jewellery and rich attire in favour of a life of austerity, emulating him. Ultimately, she became a bikhuni in The Buddha’s order of Nuns.

The Zafu is a meditation cushion. It is designed to raise the hips of a person who engages in meditation while seated. The traditional posture is cross-legged, and the zafu makes the meditator more stable in this position. •