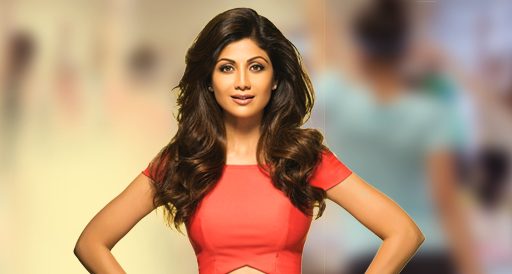 Actor, businesswoman and wellness entrepreneur Shilpa Shetty Kundra talks to Swati Amar about how to sculpt the body and mind, her recently launched yoga app – the ‘Shilpa Shetty’ app (for iOS and Android) – and about her various other endeavours 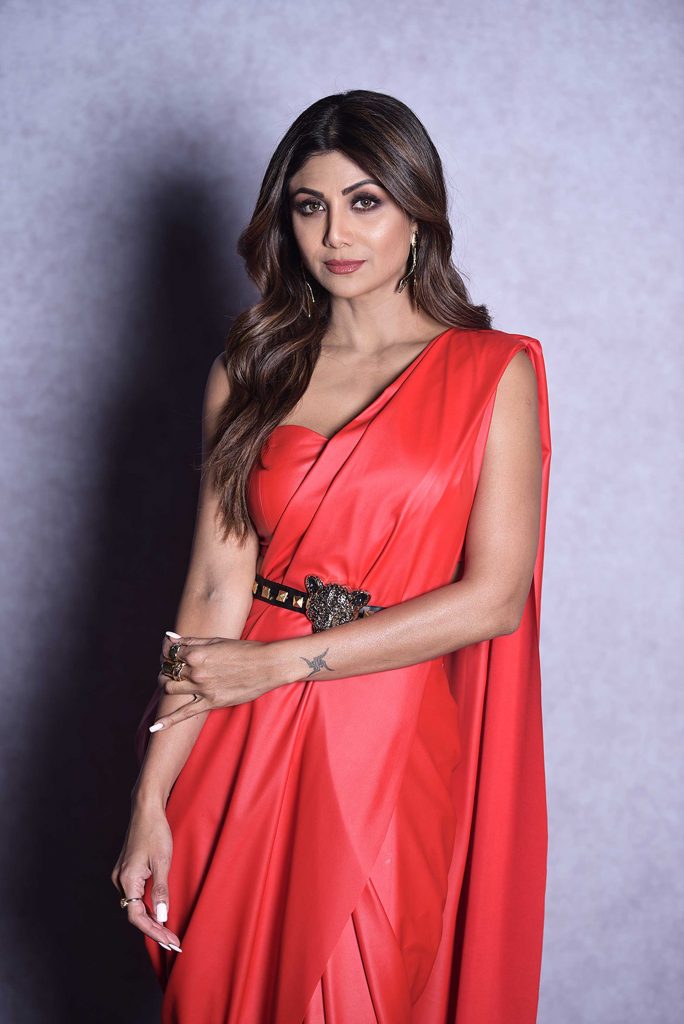 You play many roles such as an actor, a businesswoman, producer, writer and, of course, a wife and a mother. Which role is closest to your heart?
It is, of course, the role of a mother. That’s a role I need not play. I am that role. And it comes naturally to me. In the other roles, I can delegate my responsibilities. My job as an actor needs preparation. Even being a wife is never unconditional. My role as a mother is the only role I know where the love is unconditional and feels really pure because I created this and it is going to be the closest to me ever.

You have excelled in karate. Did this martial art impel your association with yoga?
I am a green belt in karate. I have also learnt Taekwondo and been a state-level volleyball player. I have always been athletic and been into various sports. I didn’t turn to yoga for recreation but for rehabilitation. I was suffering from cervical issues. My physiotherapist told me to start doing some asanas. Once I started, I realised that along with strengthening my neck and getting back to normalcy I was also gaining overall strength, and my perception about things had started to change with meditation. Yoga became my mainstay and I started exploring different kinds of yoga. My tryst with yoga started 15 years ago, and now I am in an advanced level.

What made you release a yoga DVD earlier and now an app?
Most people think that maintaining or losing weight or improving wellness is an expensive proposition and that you may have to go to the gym regularly and hire a gym trainer or a nutritionist. I feel it is lack of knowledge or even apathy towards health and wellness that prevents one from adopting the right approach. Sometimes too much knowledge also interferes. For example, Google exposes us to all kinds of myths, causing great confusion.

I just wanted to share what I had with people. I wanted to share my journey of weight loss after my baby, which was much appreciated. I felt an app might be a catalyst to give people the knowledge and the direction they need.

My fitness journey started a long time ago. In 2009, I released my first DVD. Later I realised that the DVD era had ended. So I started my YouTube channel on cooking to share a diet routine and recipes because nutrition takes up nearly 70 percent of health and wellness. I also introduced two other verticals — yoga and core strengthening with functional training for improving strength, endurance and muscle building. Subscribers to the channel get a curated diet. What’s the use of training if you do not follow a healthy diet?

The fitness app is designed to help people achieve their desired goals in simple and mindful ways and has target-based programmes, yoga routines and diet plans.

What’s different about your app?
This project came about after two years of backbreaking work, in-depth research and collaborations with experts after which we curated fat loss/maintenance/meditation programmes. It has an amalgamation of yoga and functional and bespoke nutrition plans to help one achieve fitness goals.

I have seen a lot of apps. They are inspiring, but they are too aspirational. I am a proud 44-year-old and all the exercises I have done for my videos and app suggest that if I can do it, so can you. I have paid a lot of attention on the ‘how to do’ aspect, simplified the exercises and explained the basics. Age is something you should not shy away from, and it is never too late to start exercising. My app is not for showing off the intensity level of exercises or how I can contort my body. It is to show people that I too am in the process of learning and I want to teach them how I have done it. This app is meant to inspire people who want to change their lives. You really have to get down to brass tacks and show people the right technique. Most apps don’t do that. 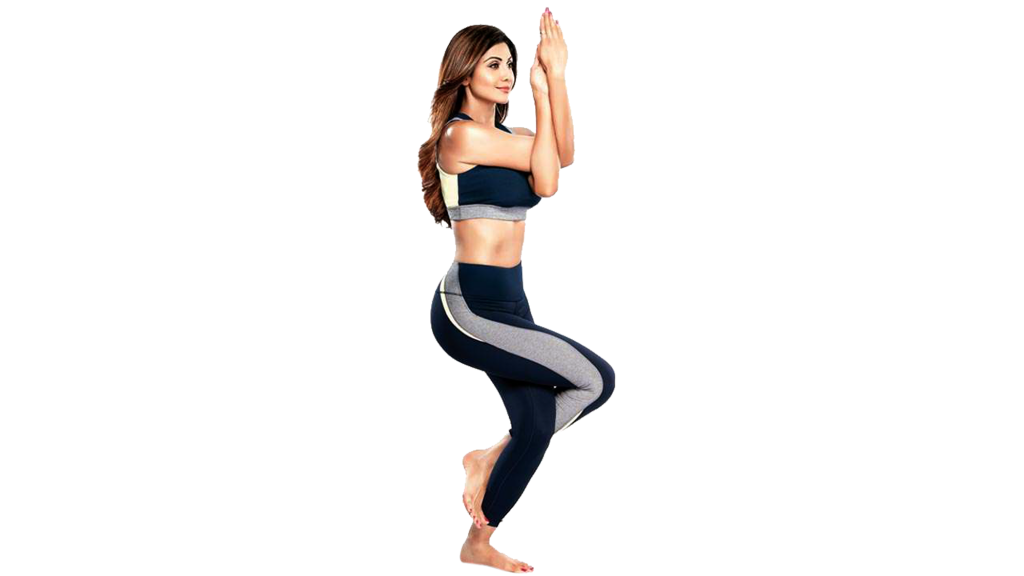 The app showcases three different levels — the beginners, intermediate and the difficult. You can choose your level. The beautiful thing about the app is the UX/UI design software which facilitates chapterisation depending on the difficulty level. Each level begins with a motivational talk by me, with a push after you are done with your workout and a lot of handholding. There is something for everyone, from a 15-year-old who is insecure about her weight to a 50-year-old office-goer who is tired and wants to relax in a chair. This app caters to different kinds of people with different needs.

So what is your message about yoga on the occasion of International Day of Yoga?
I view yoga as a science and not as a religion. Yoga can be practised by anyone and there is no age bar. I feel very proud to have launched this app from a country where yoga originated. We are now featured as one of the 100 apps of the world in literally a fortnight (after the launch). That is a huge compliment for us. I feel people have been practising yoga from time immemorial in our country, but most yoga exponents are from countries such as Canada, Australia, the United States, and so on. They are indeed doing a swell job. But I feel sad considering that yoga comes from our country. This has now changed.

You are a pioneer for introducing health and fitness in Bollywood. How did that come about?
My base was very strong. My father was an athlete and we were always into extracurricular activities since childhood. Sports was an integral part of our growing years. When I joined the industry, no actress would go to the gym; but I used to. I was very young and I was always geared towards maintaining my health. But it was not so much then as when I hit 35 and realisation dawned that we lose so much muscle mass and bone density as we are growing older. After my baby, I realised that I am like every other woman, and if I let myself go, even I would put on weight. Now I have set a benchmark (for wellness) after my baby in the film industry.

You have been part of reality shows. Please tell us an unforgettable experience.
I have been a part of the film industry for so long. TV has been very lucky for me too. I don’t think we should underestimate its power. I don’t even want to call it the small screen because its reach is not small anymore. TV is a platform that connects you with the people who made you, especially for a person like me whose main following comes from the masses. I was one of the first to do Jhalak dikhla ja in Mumbai and started doing many TV shows. Big Brother made me famous even in this country. Currently I am in love with Super Dancer because I think the challenge is amazing, and so are the people in the show.

How do you cope with days when you are low?
Different people have different ways of dealing with issues and problems. I won’t deny that I don’t have low days. I just meditate, do a bit of yoga. I think about the issue as I live in awareness. I am a person who targets the problem and does not run away from it. I shoot it down and move on. 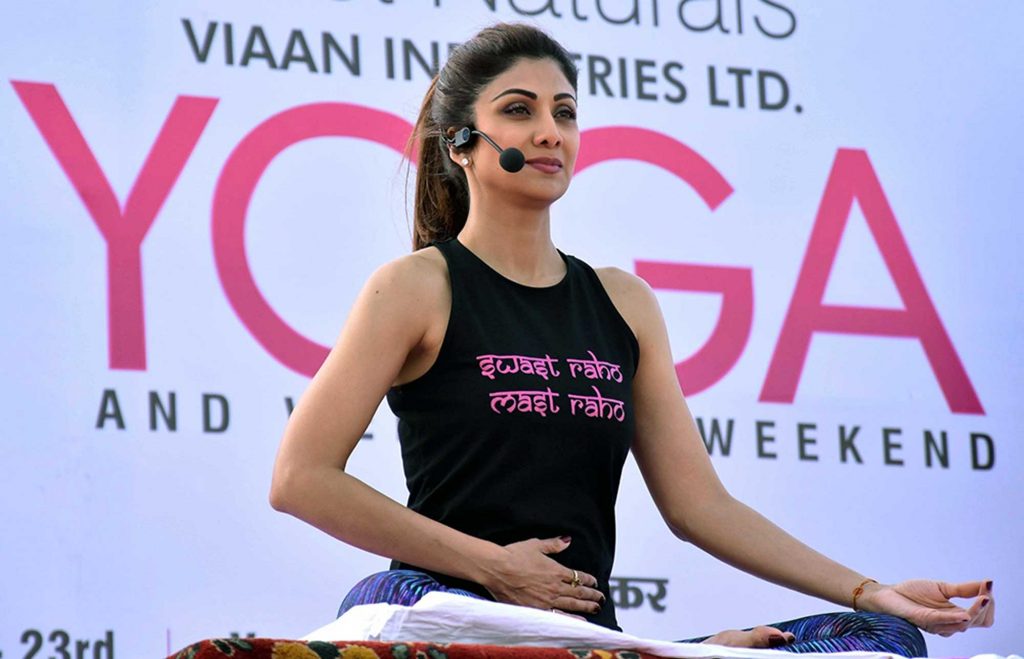 You are a brand yourself. How else do you plan to promote your app?
We will make promotional announcements in good time. When you stick to your ideologies and practice them, you automatically sustain the brand image. I have lost a lot of lucrative offers because I did not believe in them, and people understand that you are doing due diligence and they come to trust you. But I am happy with the decisions I have taken in my life because I live by work ethics and I take it as a huge compliment when people tell me I have become a brand.

As an actor, producer, writer, fitness exponent, what is next in the pipeline?
I’m writing a book now. It’s about what I do and it will be around yoga as well. As for acting, that will happen too. I am reading an interesting script. Let’s see if it works out.