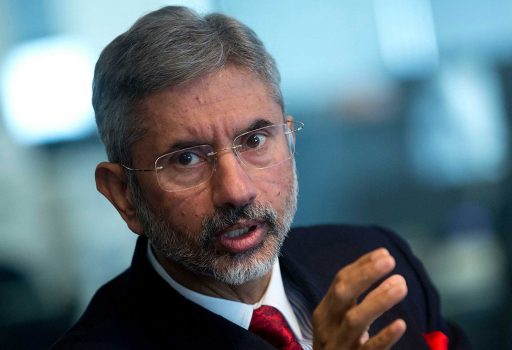 On May 23, 2019, India voted for continuity, and for change, and the re-elected Prime Minister Narendra Modi was sworn in on May 29. His cabinet had some new faces, and some old faces in new portfolios. Jeremy D’Cruz introduces a few of the policy makers, their portfolios and their backgrounds. 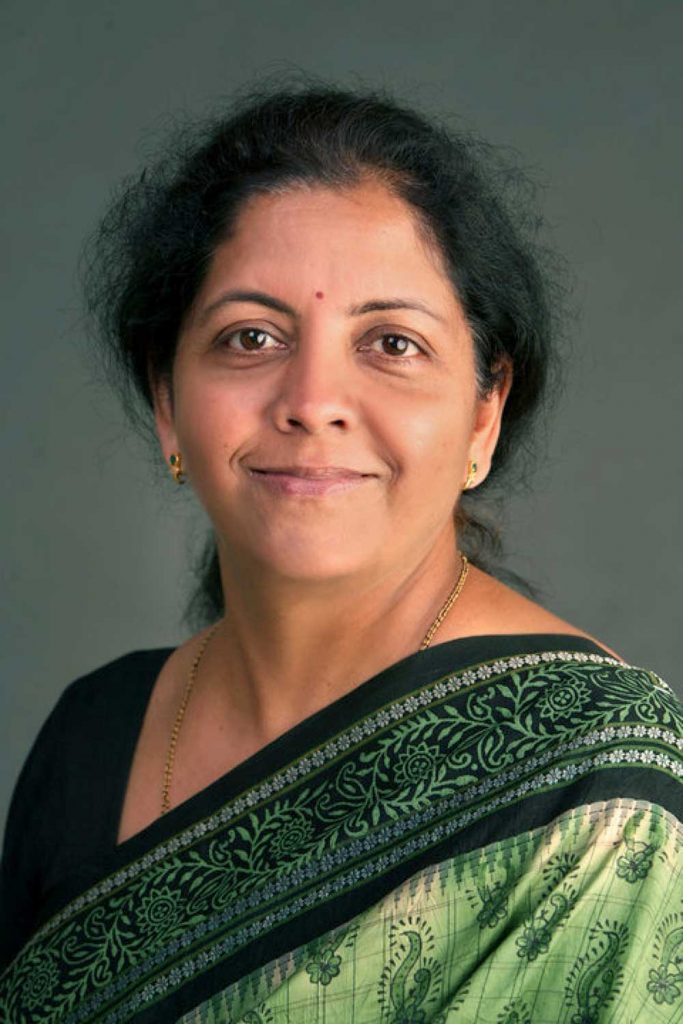 Musiri derives its name from Musukundan, the Chola King. Musukundapuri or Musiri lies in the agricultural belt of Tamil Nadu and contributes significantly to the small-scale industrial sector of India. About 28 km from Musiri is Tiruchirappalli, an ancient city which is now a thriving tier II city in South India. Then there is Thiruvenkadu, a village in Nagapattinam District, which is quite content in its everyday way of life.

These otherwise separate towns are connected by the Indian Railways and Nirmala Sitharaman. Her father, a middle class railway employee, has watched his daughter transform into a minister of his country.

A firebrand of a personality and always ready to learn, she is known to conduct a series of meetings so that no doubts linger. But she has taken this penchant to a new level by crowdsourcing for ideas for a Union budget; and if that is not millennial enough, she has also flown in a fighter jet.

The Sukhoi-30 was a joint collaboration with the USSR and has state-of-the-art features. Surely, the experience must have been profound as is evident when Sitharaman speaks about it, with a sense of learning and excitement at experiencing something so novel.

She rose up the ranks in the party through sheer hard work, but she knows the importance of balancing work and family. A prolific reader, she is also known to write her own press releases. She loves classical music and has a collection of songs on Lord Krishna. She is also one of the founding directors of Pranava School in Hyderabad. 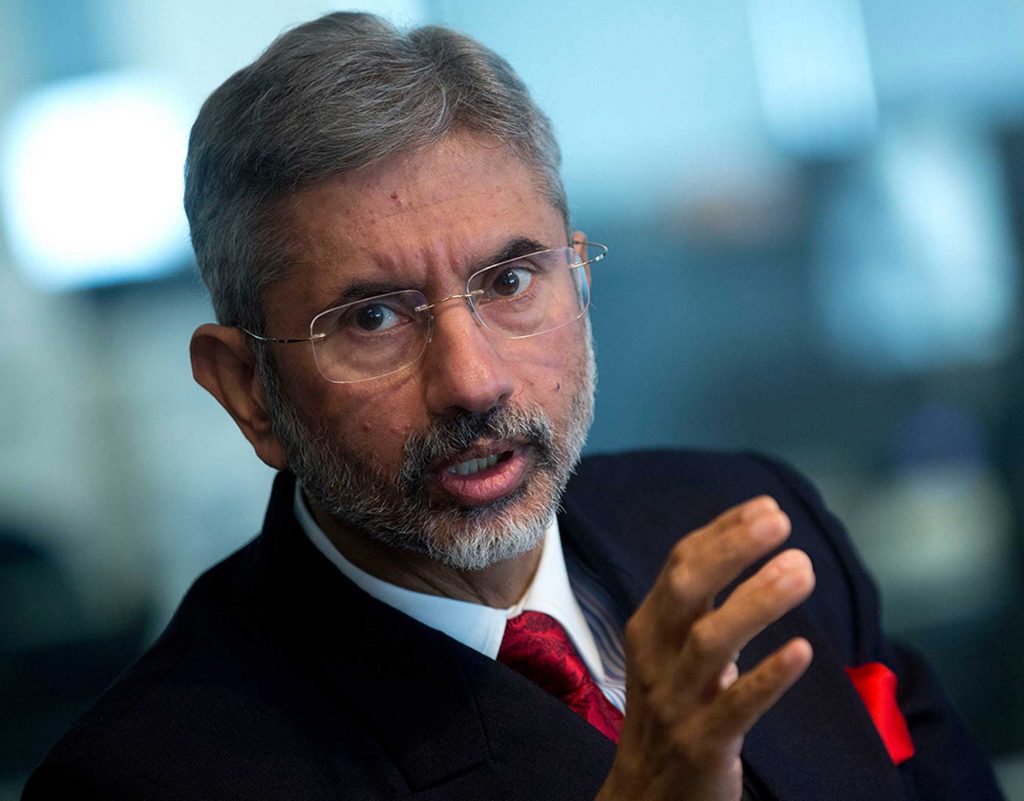 On May 20, 2019, Subrahmanyam Jaishankar assumed office as the Minister of External Affairs in Modi’s new cabinet. The former Foreign Secretary of India has devoted his learning to the art of negotiation and has garnered an extensive understanding about international liaison that has helped India journey toward international excellence on foreign policies.

With over three decades of diplomatic experience, Jaishankar also happens to be the only minister inducted into office without contesting in the Lok Sabha election or even being a member of the Rajya Sabha. However, one must remember, having served as an ambassador to the United States, China, Russia and the Czech Republic, he has a certain nuanced understanding that can only be gained from experience.

Jaishankar, a polyglot, uses this skill to his advantage when he journeys as the Indian ambassador to foreign nations. Apart from his mother tongue, he has learnt other languages on the job. Earning a reputation of tough negotiator, Jaishankar played a key role in the US-India Civil Nuclear Agreement in 2005. He has also been successful in investment collaboration, such as the Chinese Tebian Electric Apparatus plant in Gujarat. 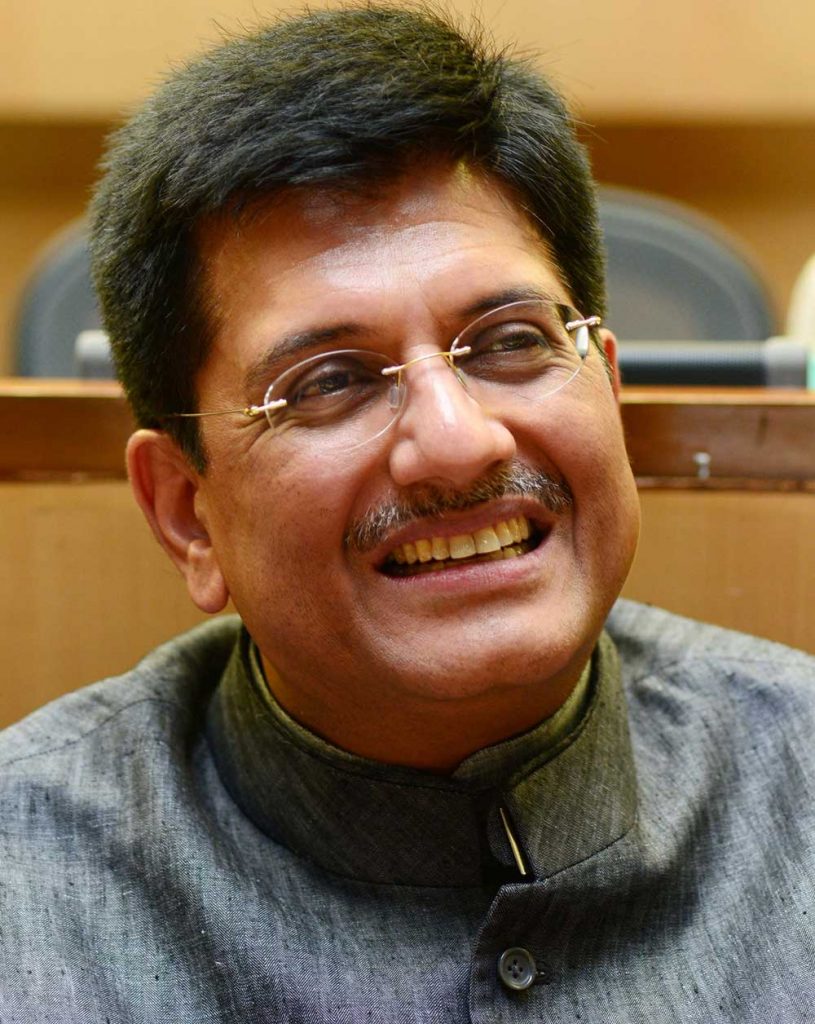 Did you know that ‘Ib’ in Orissa is the shortest station name in India and the longest station name in South India is ‘Venkatanarasimharajuvaripeta’? Considering that India is the fourth largest railway network in the world, these facts may seem trivial. However, when the Railway Minister of India uses Medium to share genuinely interesting content, it’s twice as fascinating.

The Railway and Commerce Minister of India, who is fondly referred to as ‘happy Goyal’, is genuinely happy to be part of the government, working towards the happiness of its people. Piyush Goyal, an investment banker turned statesman, is proud that there has been a sharp decline in railway fatalities, from 63 per cent in 2013–2014 to 57 per cent in 2017–2018.

Goyal considers Delhi as his destination and Mumbai his home. He holds accountability as a factor that keeps him grounded while managing office. Working with the Prime Minister in the flesh has taught him a lot, more than any management course could offer.

Sadi Carnot, a French scientist, recognised that the steam engine would revolutionise human development. The Carnot Prize, awarded by the Kleinman Center of Pennsylvania, honours those who revolutionised their understanding of the energy policy. A recipient of this award, Goyal has worked towards huge transformational changes in rural electrification in India.

The Indian Railways carries about 20,000 passengers on a daily basis and serves about five lakh meals per day. Today, thanks to live feeds, passengers get firsthand experience of the process and quality of their meals. Integrating technology and management strategies in a smart way is how Goyal simplifies the otherwise complex ministries.

Although he hails from an illustrious political family, Goyal takes pride in the fact that he started at the bottom, even making homemade glue with his mother, in the initial days of his political journey. Goyal has also worked towards electrification of nearly 18,000 villages, while also being credited for the distribution of the energy efficient LED bulbs.
From juggling coal and power and walking the tightrope of an interim Union budget, Goyal has managed all with a fine balance and has ushered in the light of New India, one village at a time. 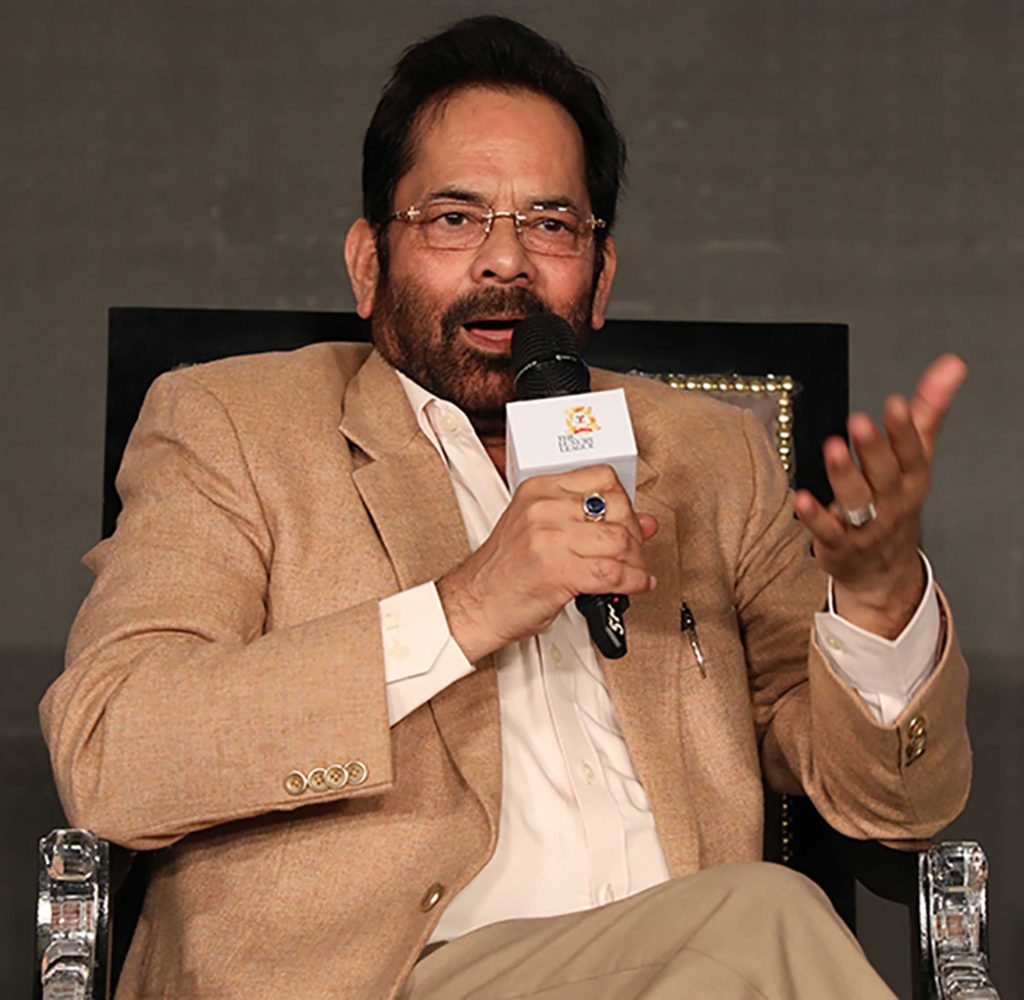 India is a celebration of diversity; however, it takes judicial laws and efficient statesmanship to help stir the sovereignty of her parliament. Mukhtar Abbas Naqvi spearheads a ministry as complex and gives a clarion call for dignity and religious balance.

Education for the minority is something he is vociferous about and street plays, which are still common in most parts of India, is a medium that Naqvi uses in his educational campaigns.

‘Please remember that eternal power is one and cannot be divided on pretext of religion,’ to quote Naqvi, the Minister of Minority Affairs. It is in moments like these that the spirit of humanity soars higher.

During his tenure in the same ministry, leadership training for women, increase in budget for minorities and scholarships to students were the highlights. 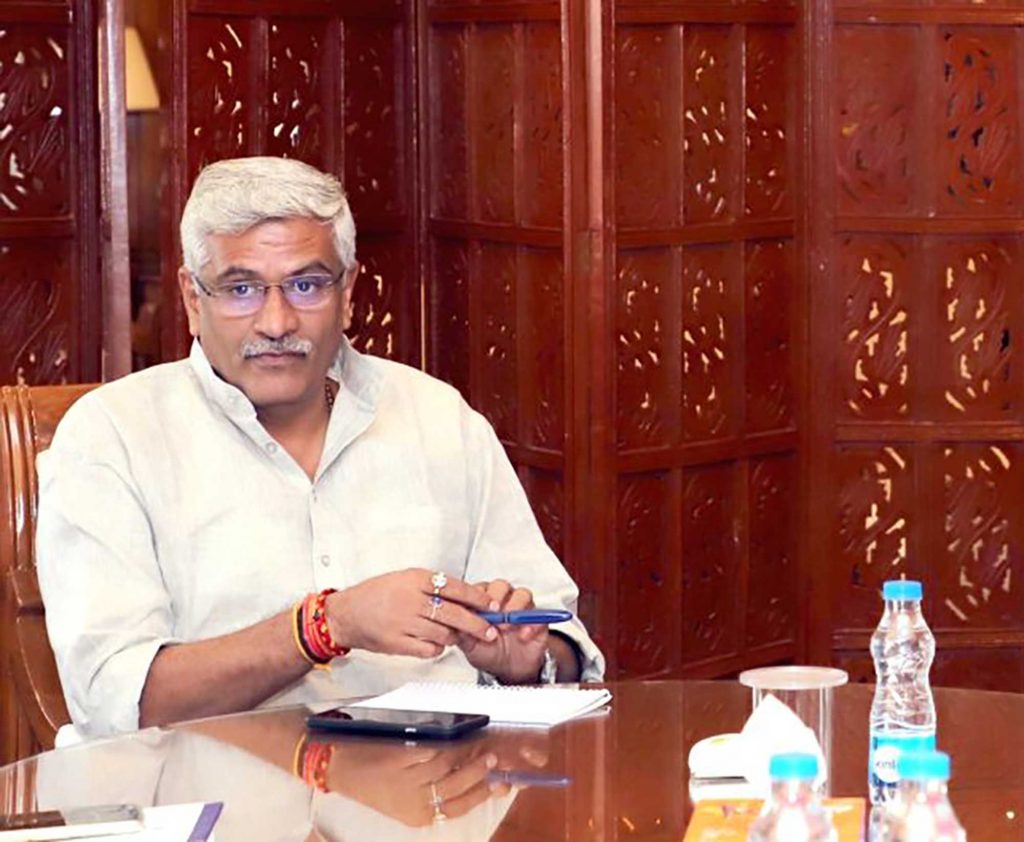 India is driven by agriculture and is fuelled by its rivers. In a nation where about 50 per cent of its people depend on agriculture, shouldn’t water be the biggest deity of all?

Having landed his latest responsibility, this quest has begun for Gajendra Singh, the Minister of Jal Shakti. Uniting India’s waterways is a daunting task; nevertheless, this assignment is crucial.

Gajendra Singh Shekhawat, with about 81.9 thousands followers on Quora, is noted for being apolitical, well researched and driven. He has managed to put aside trivial politics, while keeping the sanctity of the intellectual platform intact. This speaks volumes for the man who has worked extensively in villages near Indo-Pak borders in Rajasthan, plugging holes hindering national security, if any, and creating a communication chain in the process.

‘The times, they are changing’ by Bob Dylan, the American singer/poet, is a favourite of Shekhawat’s and he quotes him while addressing the Indian youth, the catalysts for change, with empathy.