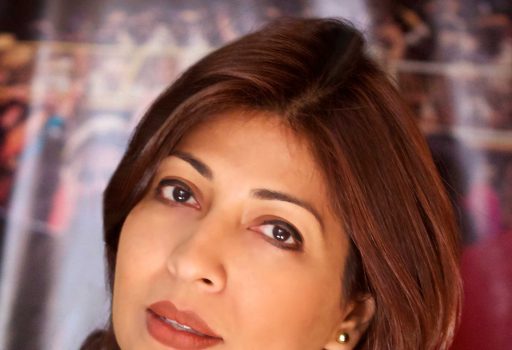 Vibha Bakshi, Honorary Doctorate and National Award- winning director and producer, speaks to Sonia Hays about her movie Son Rise and breaking the silence on gender violence across the world 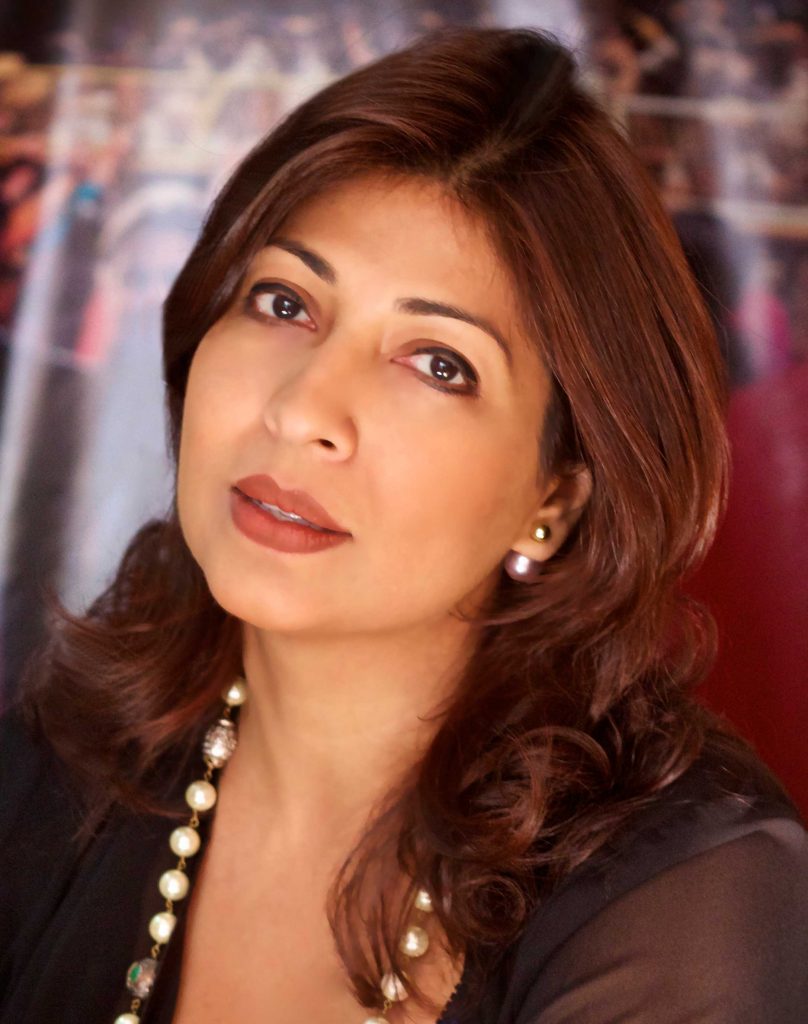 From business journalism to documentaries on gender issues — how did this journey happen?
I was a business anchor and reporter on CNBC. But I very quickly realised that my heart was in stories that carried strong social messages. When my husband and I moved to New York (my husband was a Wall Street banker and I wanted to pursue film-making), I met my partner, my mentor — Maryann Deleo, an Academy Award–winning film-maker. We began making films together including HBO’s acclaimed film on global warming titled Too Hot NOT to Handle and Lifetime TV’s Terror at Home, as part of the U.S. Government’s Emmy Award–winning campaign to stop violence against women.

You have made films dealing with different aspects of gender violence across different cultures. What is the common thread that runs across them?
Gender biases and gender violence are not an India issue alone. They are not a rural versus urban issue. It is everywhere. It is a global reality. And having made films both in the United States and in India has changed me in many ways. I have realised the paramount importance of being non-judgemental as a film-maker. It is easy to sensationalise issues but very hard to sensitise people. I will always strive to make responsible films because they impact everyone. I salute all the people of Haryana who dared to break their silence on issues kept hidden in India and many parts of the world.

How did you hit on the idea of making Son Rise?
Two years ago, my film Daughters of Mother India, which put the spotlight on the issue of rape and gender violence, was being screened in Haryana, a state infamous for having the most skewed sex ratio and a high rate of gender crimes reported in the country. At the screening, a social activist told me about a farmer from Haryana who, in an arranged marriage, had married a gang rape survivor and was fighting to get her justice. However, the activist did not have his name or address. With the help of the police and a lot of asking around, I did manage to find him. We reached his village, but while searching for his house, the villagers would derisively ask, ‘Woh aadmi…’ THAT man! The farmer was ostracised for marrying a gang rape survivor. During our conversations with the farmer, his wife would sit with us. For the first three or four meetings, I didn’t go with the camera. Slowly, they started trusting us. One day, his wife took off the veil and said that she had no reason to feel ashamed or hide. It is the rapists who should be punished and ostracised. That was when we began filming.

When I started spending more time with the family, I felt there must be more such men — men who have grown up in the seat of patriarchy, in the underbelly of biases, fighting to change the narrative on inequality. And we found them! And that’s how Son Rise began. 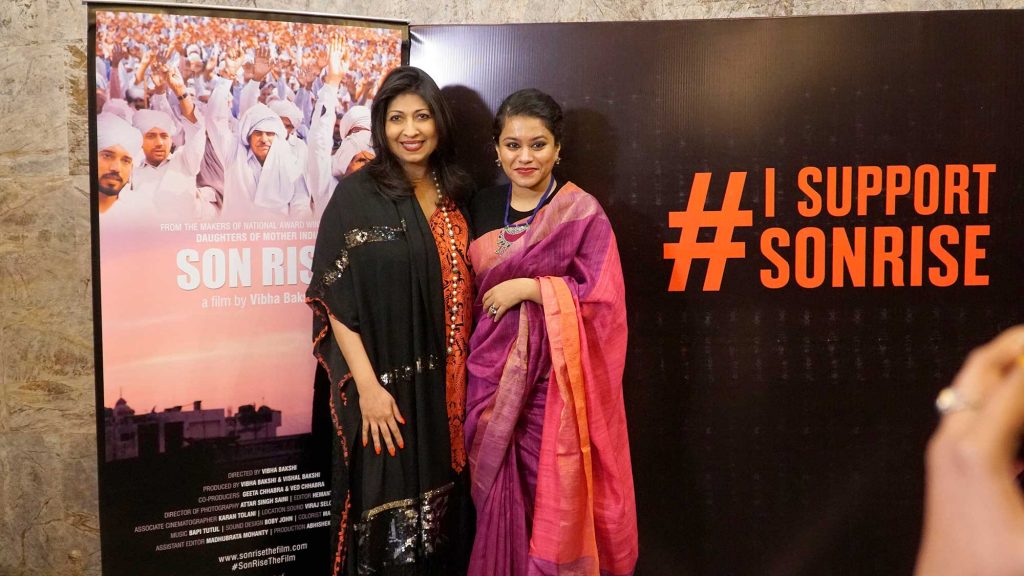 What were some of the challenges you faced?
Filming in Haryana was challenging on many fronts. It is the seat of patriarchy. I knew before going into this that being a woman and questioning the men of the state was going to be tough. It must have been equally hard for the men to accept me too! It was very tough interviewing the biggest and most influential ‘khap’ chief — Baljit Singh Malik — the patriarch of nearly 2,000 villages that are under his leadership. Access was not easy. Initially, the khap leader was uncomfortable to even make eye contact with a woman questioning him. And I didn’t approve of his views on gender either. It was only when I stopped judging him and put my views aside that a meaningful conversation began. Khaps continue to play a very important role in Haryana society as far as social issues are concerned. It is the land of the khap. You can’t do it without them. This same khap leader who did not want to make eye contact with me…two years later, he is leading a drive to end the tradition of women wearing a veil and has asked the people to end female foeticide. If this man, who happens to be one of the most influential figures, is willing to change, why can’t others? I will make sure that the film is screened in every khap to tell them that you have the social power — use it judiciously and responsibly. 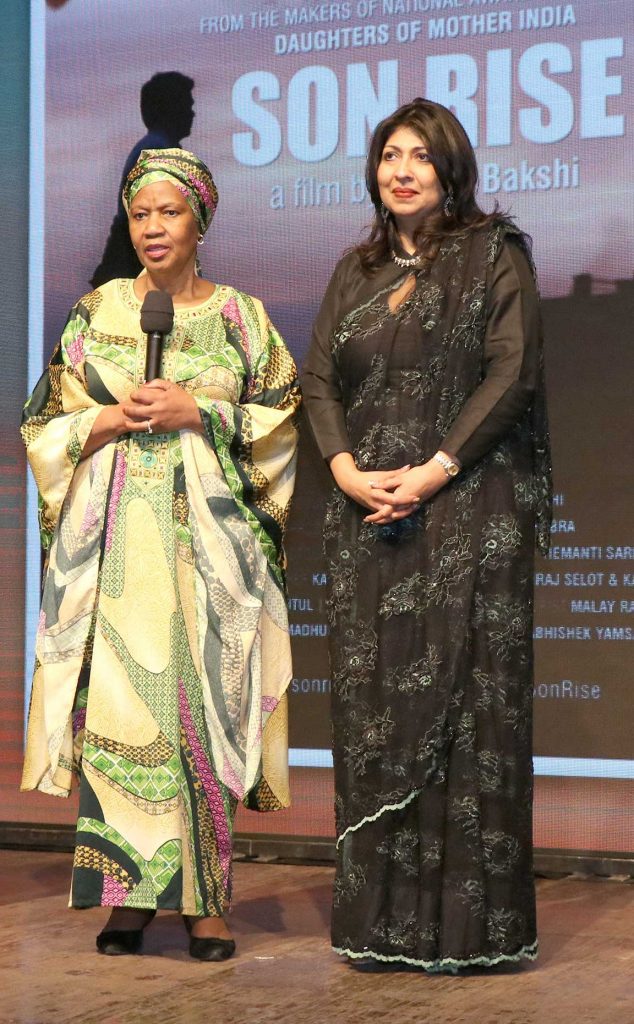 Documentary as a genre is less popular. But your documentaries have been able to grab the attention of the people. What is the secret behind it?
Deleo once said to me, ‘You do not choose a film. The film chooses you.’ I truly believe a film has its own destiny, it be a documentary or a commercial film. My earlier film Daughters of Mother India went way beyond our expectations winning the National Film Award from the President of India, the highest honour in Indian films. The film also holds the distinction of the Most Awarded Social Campaign in the World — Global Creative Index 2017. I truly believe that when your intents and emotions are right, the universe will embrace you! We hope the same for Son Rise. Screenings have begun and I am humbled and grateful to share that we have received full house standing ovations for all our screenings.

Why don’t more men speak up for women in our culture?
When we talk about gender rights, gender biases, gender violence — these are all bracketed as women’s issues. How is a gender crime a women’s issue? It’s a human rights issue. And hence it is so important that if we want to win the struggle for gender equality, men must be equal collaborators in the struggle. And in our film Son Rise we realised there are still a few good men who have been raised in a patriarchal society and yet are fighting for women’s rights — and perhaps, for the first time in their lives, are beginning understand that they will have to combat other men at every step of the way. It’s time for men to get involved in changing the narrative towards gender equality and set examples for other men to follow.

The statistics in Haryana seems disturbing. What do you think is reason for such a high rate of female foeticide?
The whole obsession to have sons. A majority of the families (rich or poor) believe that only sons can take the family name or legacy forward. A daughter is to be married off to another family and that too with a dowry. She is considered a burden. It’s not only in Haryana. It’s all over India and in many parts of the world too.

How do you expect this documentary to make an impact? What is the action that you hope will be taken?
I believe in using the power of the media to make responsible films — films that catalyse change through inclusion and unity, by taking positive examples in an otherwise challenging situation. A film may not change the world, but it can certainly break the conspiracy of silence that surrounds many burning issues such as gender violence and gender inequality.

Through Son Rise, we hope to stir a dialogue that will change the narrative on masculinity by encouraging men to stand together in solidarity with women to accelerate the path to gender equality. We are overwhelmed and grateful to have the United Nations endorse Son Rise (post-completion of the film). This is a huge triumph! It’s time for men to be part of the struggle for equality and we are confident they will take Son Rise forward.

What is the nature of partnership between UN Women and Son Rise?
We are humbled and honoured to have had the UN Under-Secretary-General Phumzile Mlambo-Ngcuka unveil the film. Son Rise is now being supported by UN Women as part of their global #HeForShe movement under which people of all gender stand in solidarity with women to create a bold, visible and united force for gender equality.

We plan to take Son Rise across villages, schools and colleges of India and make men a part of the conversation in changing the narrative around gender inequality. We hope to screen Son Rise globally and collect a million pledges as part of the UN’s #HeForShe global campaign. 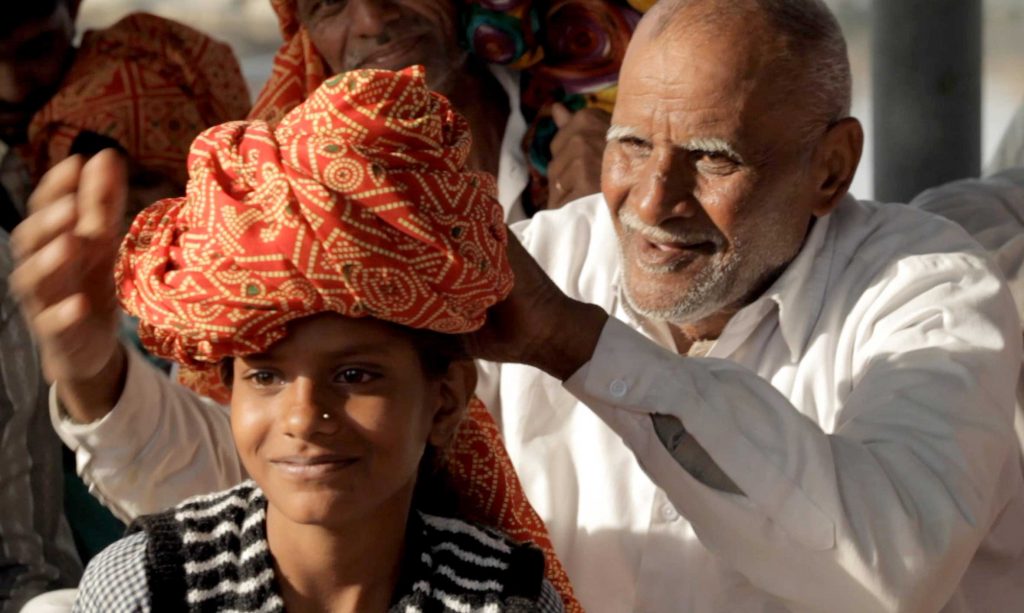 You are a mother of two sons yourself. Do you miss a daughter?
I am a mother of two sons and I carry a greater responsibility to make sure I don’t raise my sons with an unnecessary sense of entitlement. Because that is where the problem begins. Do I miss having a daughter? I am just most grateful that God has granted me two beautiful, healthy children.

How do you cope with your own emotions when filming such sensitive issues?
You cannot unsee what you have seen… And the only way I am able to get closure is when my film is able to change a life…one story at a time.