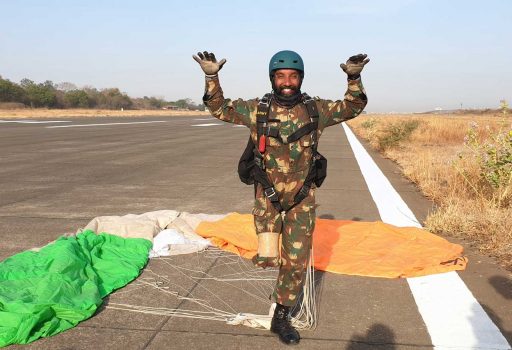 ‘We were 80 metres away from the enemy post. A 48-hour lull at that time, without a single bullet being fired, was slightly unnerving. When the conflict scene is hot and nothing happens, you have a feeling that something bad is about to happen. There was a sense of foreboding which precedes a tragedy.’

‘The killing area of a bomb is in an eight-metre diameter, but I was only a metre and a half away from the spot it landed. Today I can joke that the bomb had my name written on it, but it still couldn’t kill me. ‘Jaako raakhe saiyan, mar sake na koye’ (If one is taken care of by the Almighty himself, no one can destroy him).’

These were the flashes of memories from Major DP Singh’s experience at the Kargil War that changed his life forever. Meera J Pillai is in conversation with this inspirational veteran about his journey from being an amputee to becoming the first Blade Runner in India 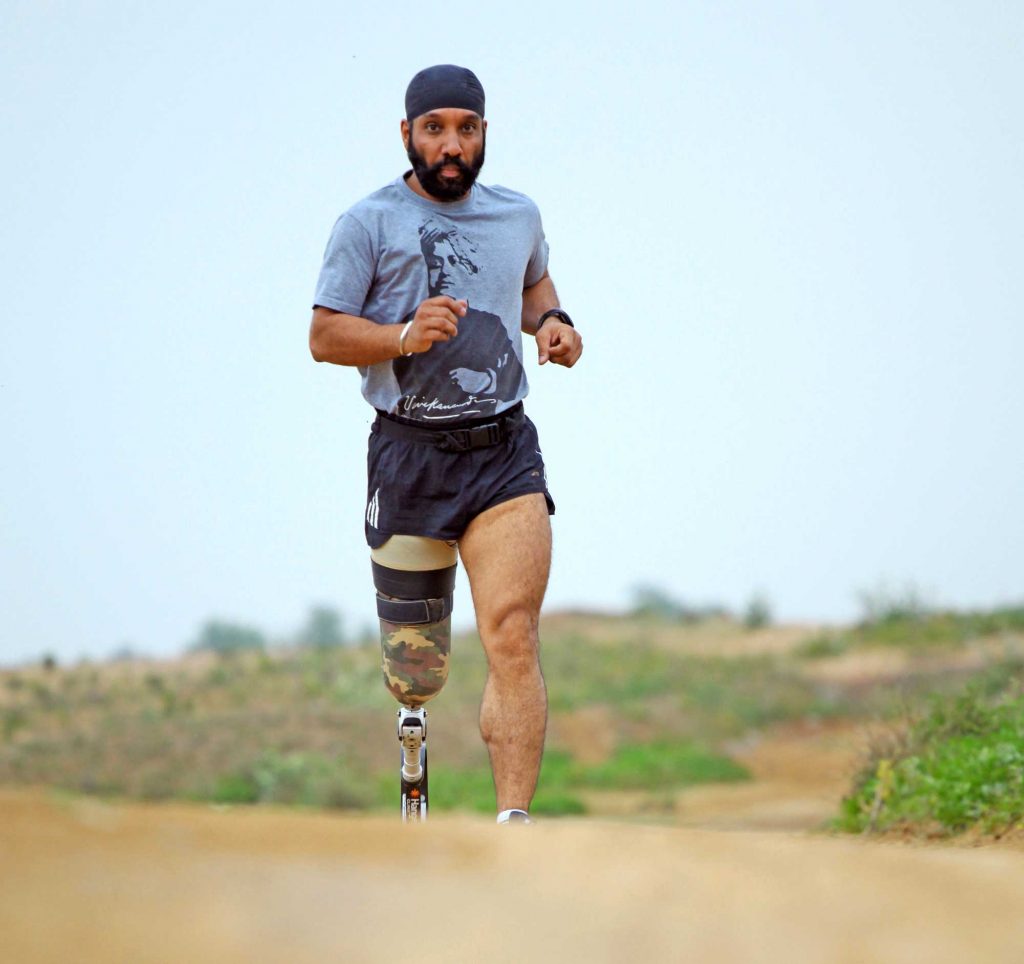 The Kargil War was a life-altering point for you. Can you recall a defining incident before you got injured?
During the Kargil War, our bunker was ruined and one of the soldiers from our team was mounting the sandbags to repair it. The sky was absolutely clear until then. Once he got to work, a thunderstorm started and a CGI sheet from another bunker flew across and hit the soldier, killing him. In another incident, one of the bunkers got destroyed during heavy firing. We suspected that the two soldiers inside had lost their lives and we were feeling depressed, when we saw them emerge and jokingly greet us, ‘Saab, aaj toh ho gaya tha, thank you.’ (Sir, we thought the end was there). The teachings of the Gita state that we claim authority on many things as ours, but we do not have any control even over our next breath. 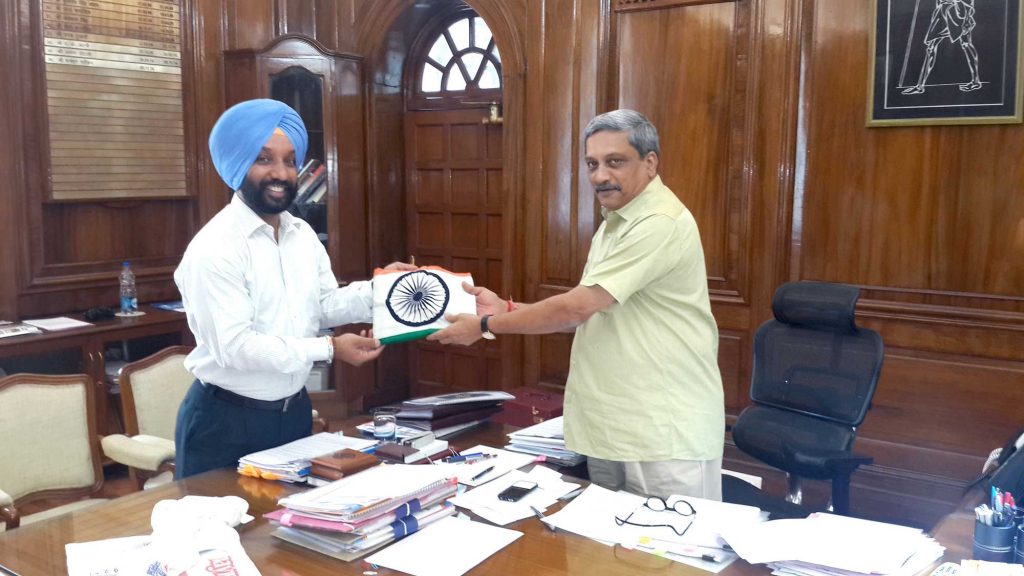 You often mention your love for music. How has it helped in your journey?
Music is a form of therapy. It has the ability to change your thought process and help you adapt to situations. Being a Sikh, music has been part of my foundation. The Guru Granth Sahib is written in the form of ragas and often recited as kirtans (devotional music) in Gurudwaras. That was my first connect with music. If I learnt the spirit of a Sikh being a saint and solider, it is through music. This led to the foundation of my getting attracted towards joining the Indian Army.

You have spoken about your post-traumatic stress disorder (PTSD). How do our soldiers deal with this?
As a soldier, one is expected to be strong as steel. But the fact is that times are changing. Overall, the environment, job profile, career progression desires, isolation, addiction to gadgets and connect with realities on the home front increase the stress. Meanwhile, the reduction in time spent in activities that lead to camaraderie results in less interdependence and bonding.

I suffered from PTSD not just because of war trauma, but it got added to personal emotional injuries too. However, I don’t have any problem discussing it. In my case, spirituality is still helping me to handle these issues bravely, but it is not possible for every soldier to handle such issues alone. I therefore feel it is my duty to spread the awareness to others to get support.

The year 2018 was dedicated to soldiers disabled in the line of duty. I got the opportunity to interact closely with the Indian Army Chief, and efforts were taken to spread awareness about PTSD. The work is still going on, and hopefully in time to come, things will be much better. 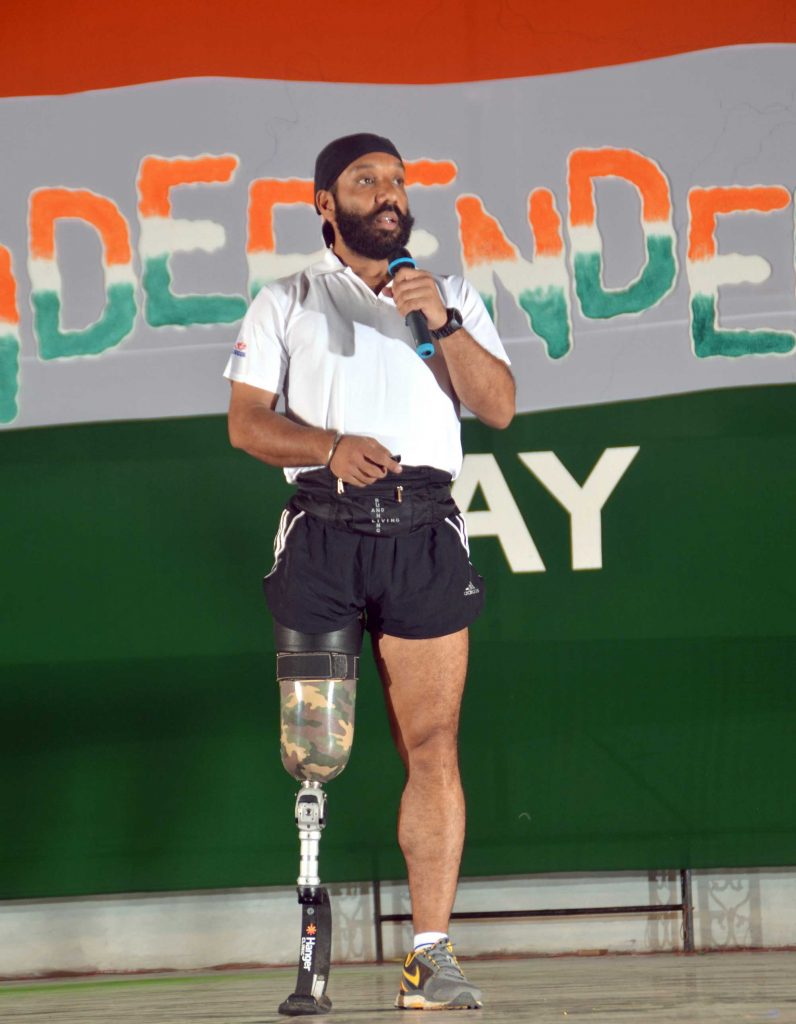 How do you suggest the young handle a low moment in life today?
The aim during low moments should be to divert focus towards something one likes to do. However, at times it becomes difficult to do so. One of the best ways to deal with a low moment is to just go out and do physical activity. Play, run, jog or walk. It helps to not only divert focus but also generates hormones which help elevate the mood. I was at the lowest moment when I decided to push myself and get into fitness. If I had not done that, I would have been bedridden forever. I have a renewed admiration for life because of it.

You run a non-profit organisation ‘The Challenging Ones’. Any particular story that stands out?
The Challenging Ones (TCO) is a self-help support group and an NGO, which I started in 2011 after my fourth half marathon, the first run on Blade. My aim was to spread the attitude, which helped me to rise above the odds of life, with other Indian amputees.

Over the years, through TCO we have connected with 2,000 amputees, and the journey is still on. In these many years, about 1,000 of them have taken part in various sporting events. We have had several success stories. The recent ones are Manasi Joshi, the Indian para badminton gold winner, and Krithika Khanna, who was part of the Indian para rowing bronze winning team. TCO or I will never take credit for any of these success stories, because their triumph is their own hard work. TCO does the initial hand-holding, to make the amputees understand that they are the chosen ones, that they are not the challenged but the challenger.

Even with our SwachhAbility Run, we have aimed at empowering amputees through sports. This has two results – give them courage and confidence to lead their life the best way possible and change the mind-set of people towards amputees and the overall attitude towards persons with disabilities.

Your Blade Runner story is an inspiration to all. Has there been a story that touched your heart?
There are several stories that inspire and motivate me. During a run organised in Chennai, I met Gokul, an amputee and medical student. I ran holding his hand till the finish of his maiden 10K run. He appreciated my support and commented that he felt as if it was his father who had been holding his hand. It was a touching moment. The next year, I was unable to make it for the run, but Gokul was there. This time he helped another amputee finish the run. The amputee’s father called Gokul to explain his happiness. He said that he had never seen his son so happy and wanted him to be part of this activity every time it happens. So even the smallest positive action from our side can create a chain of happiness. 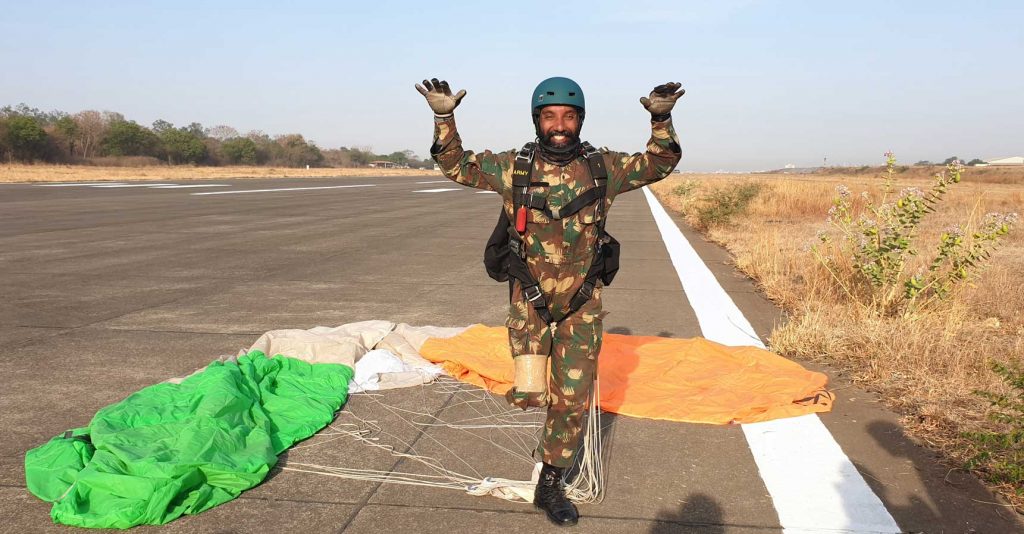 You promote inclusivity. How important is this attitude for our country’s future?
Guru Nanak Devji advocated that we should treat everyone with respect no matter what their caste, gender, religion or race. And inclusivity is all about equality. It reminds me of Ranpal, a polio-affected boy from Chandigarh, whom we honoured with the SwachhAbility Award in 2017. He is a ticket vendor at a parking lot in Chandigarh. He didn’t have a house and was fighting poverty. But every year he would donate blood. Why? Because that is the only way he thought he could contribute to society. That is the attitude we need. Forget India, it should be worldwide, if everyone starts contributing his or her best, the world would become a better place.

You have spoken at various platforms and now have a book, Grit : The Major Story, written about your life. How do you measure your success?
If I have managed to inspire even one person with my life, then I know I have done enough. Through the book, I have been able to reach a larger audience. A seventh grade student amputee from Kerala, who is not well versed in English, wrote me a thank you note in English after reading the book. A battle-hardened senior army officer wrote to me saying, ‘DP, I thought I am tough enough not to get moved easily, but your story made my eyes wet. It is inspiring.’ These moments are what make me feel grateful to God. I will continue to appreciate everything through the challenges. Challenges are good. 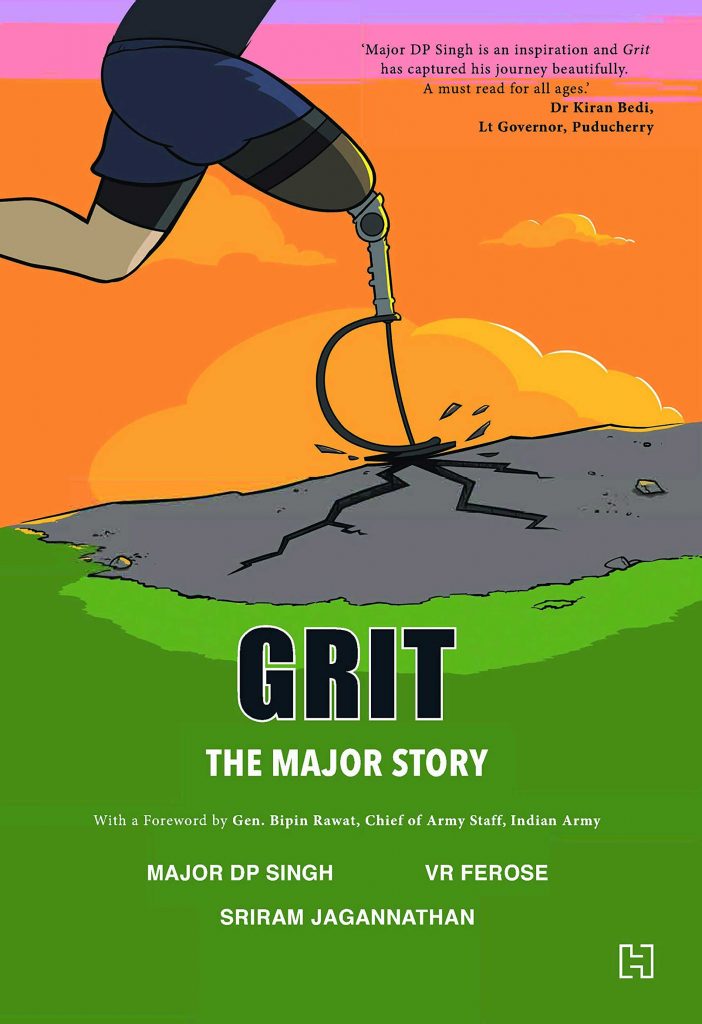 About Major DP Singh
I have known Major DP Singh for over a decade now. His positive spirit and attitude have inspired me immensely. I wanted to share his story with the rest of the world. However, I wanted the book to be written in a format that can be easy to read and is enjoyed by adults and children alike. Hence, I was looking for a graphic artist who could bring the story in this unique format. Once I met Sriram Jagannathan, I knew he would do justice to the story of Major DP Singh.

A fond memory of the Blade Runner
Major DP Singh wanted to go to the United States to get a new blade. He did not have the funds and so I helped get his story published in a leading newspaper to raise funds for his U.S. trip. We managed to raise money for his air travel, but we needed more. When I asked him how he was going to manage his stay and travel in the United States, his response was, ‘I don’t need money to travel, I will just run the distance. And regarding stay and food, I will find it in a Gurudwara.’ That was the confidence in finding a way. His core belief has been that if the intentions are pure, some door will always open.