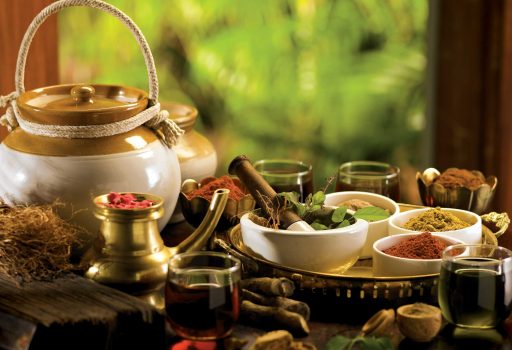 Two of the more important elemets in Indian ancient medicine have been immunity and hygiene. Today, these are common words used in the fight against COVID-19. Susan Philip takes a look at some of the interesting medicinal aspects with Indian roots in this global pandemic

The doctor of the future will give no medication, but will interest his patients in the care of the human frame, diet and in the cause and prevention of disease. – Thomas Edison 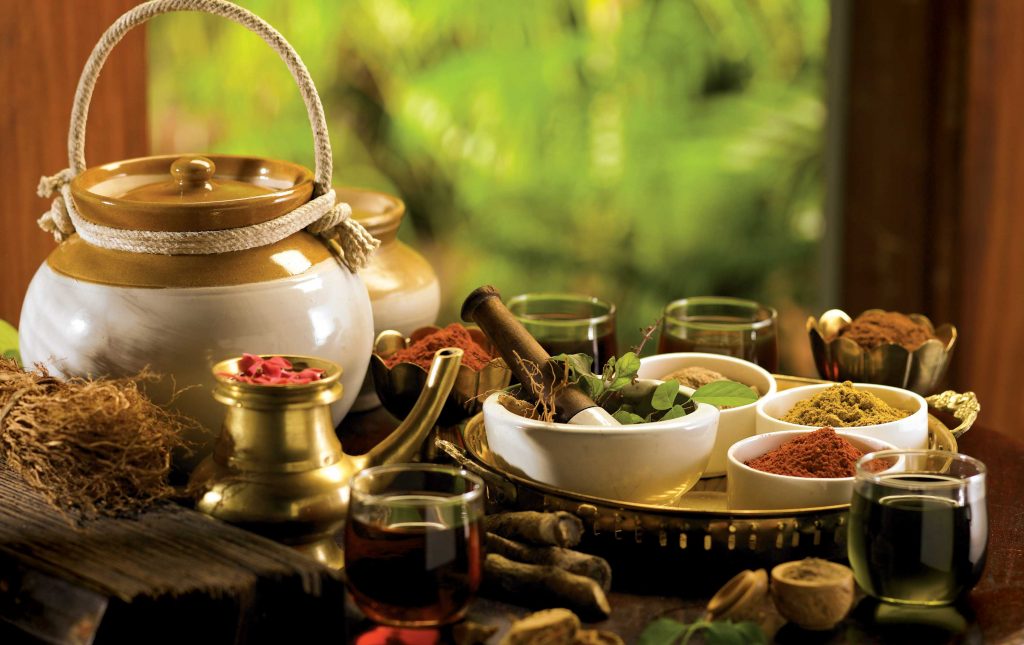 Actually, that’s what Indian doctors of the distant past did too! Ancient physicians, who evolved the indigenous system of medicine known as Ayurveda or the Science of Life, were concerned not so much with curing specific ailments as with maintaining overall well-being, paying attention to diet, exercise, rest and mental resilience, as a means of helping people to ideally stay safe from ailments, and, in the event of contracting an infection, to fight it effectively.

Today, while the world searches for preventives and cures for COVID-19, the two concepts that have emerged as key are immunity and hygiene. In a situation where personal protective equipment (PPE) is in alarmingly short supply, allopathic drugs and medical equipment to tide patients over the worst are scarce, and sanitisation products are being sold at a premium, it’s worth harking back to what Ayurveda and traditional Indian practices teach us about preventive health care.

Wellness, in the Ayurvedic scheme of things, is the sum of physical, mental and environmental well-being.

Fire and smoke
Environmental health relates to respect for nature and sustainable use of its bounties. It also refers to keeping the surroundings clean. Fire and smoke are integral to many rituals which have been followed in India down the ages. Havans or sacred fires were part of largely attended poojas. The smoke from the ingredients fed into the fire, such as different types of wood, herbs and spices, and, of course, ghee, played an important sanitisation role in a situation where chances of infections spreading were very high. The deeparadhanas or lamp ceremonies held on the banks of the River Ganga are significant in terms of health benefits for the same reason, especially during mass gatherings like the Kumbhmelas.
On a smaller scale, the ritual of aarthi – where a bit of camphor is lit – in daily temple rituals and for guests and family returning home from other places, has the same underlying purpose. As the platter containing the flaming camphor is circled around the person’s head, any harmful bacteria in the air around will be annihilated by the heat and the medicinal properties of camphor.

In home pooja rooms, this purification by smoke is conducted on a smaller scale, using incense sticks, or dhoop sticks or agarbathis as they’re otherwise known. These sticks are made with various herbs, such as sandalwood, vetiver, patchouli and myrrh, and have a calming effect on the mind, apart from a cleansing effect on the air around. 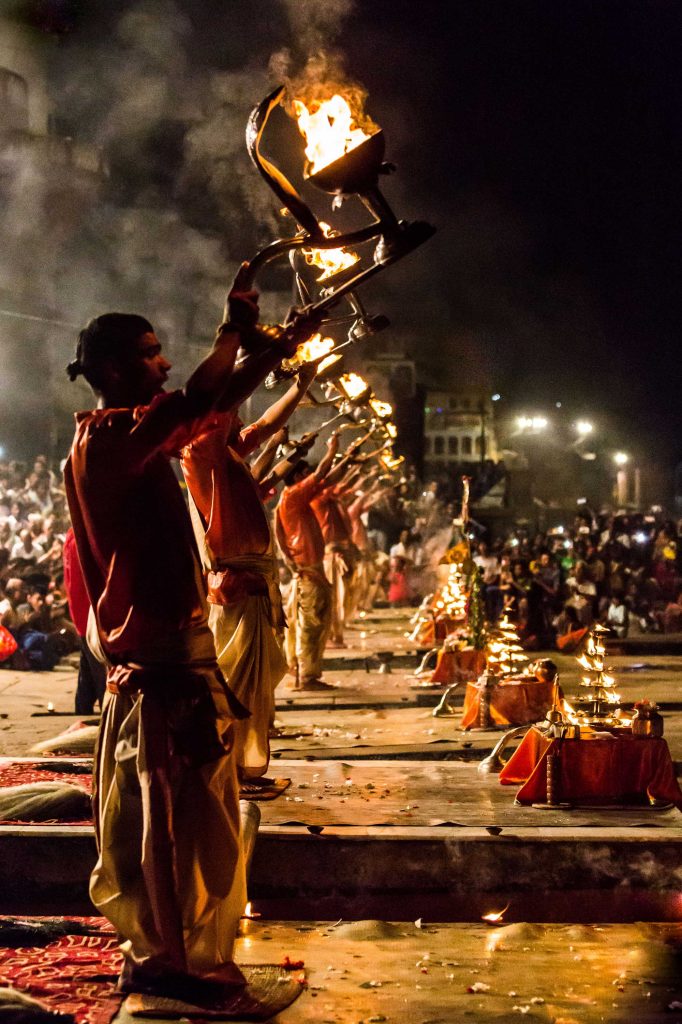 Incense holds a deity nigh…
The practice of burning frankincense in churches followed even today by some Christian denominations in India probably has fumigation as a tangential purpose. Special incense containers are replenished throughout the worship service and are swung rhythmically, releasing medicinal smoke into the congregation as well as around the altar.

A healthy mind in a healthy body
A calm mind is also very important to wholistic wellness. Ancient Indian wisdom offers several ways to achieve this state. The benefits of Yoga, pranayama and meditation are well-known throughout the world now. All three have a direct and an indirect bearing on the efficient functioning of all the organs of the body, and help keep them in optimal condition, with strong immunity.

While these are highly regulated and calibrated activities, there are behaviours incorporated into day-to-day life which are beneficial to general health. They were part of the lifestyle of the older generation of Indians – things they did without even realising their larger benefits. Walking barefoot, for example. Footwear was a luxury to most people in rural India even in the not so distant past. They walked without discomfort on rough, rocky and pebbled ground, and, in the process, got themselves free, constant foot massages that one now has to pay heavily for in reflexology and acupressure clinics.

Apart from these regimen, ancient Indian wisdom also emphasised the importance of positive thoughts for a positive outcome. The regular chanting of slokas or mantras for peace, health and prosperity keep negativity at bay. The ringing of temple bells, the perfectly pitched humming of the singing bowls in Buddhist worship, the sonorous sound of the conch shells and the different raagas of Indian classical music are all carefully calibrated to create positive vibrations, and prime the mind and body to absorb positive energy, in order to either remain healthy or regain health mentally, spiritually and physically. 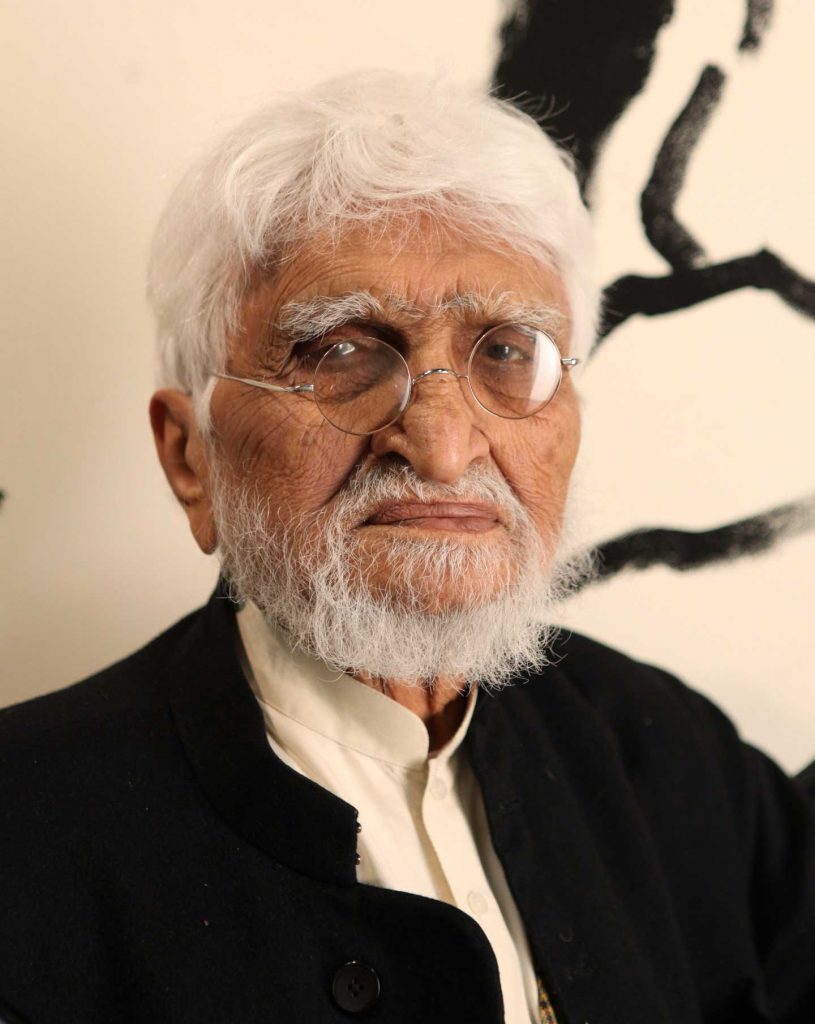 Virtual energy
In the present situation, when social distancing is the norm, all religions are holding prayer and worship sessions virtually, with participants being connected over Skype, Zoom and the like, or simply agreeing to set apart a prearranged time for prayer or participate in a previously agreed upon sequence. Whatever the form, it reflects the intention of ancient Indians – to keep up a sustained stream of positivity and thereby create the right ambience for the battle against disease and misfortune to take effect.

From the soles to the soul
M.F. Hussain was known as the ‘Barefoot Picasso of India’ because he preferred to not use footwear. He said he loved to feel the earth beneath his feet, and that he absorbed energy directly from the ground he walked barefoot on.

Food for health
Of these three, physical health or the lack of it is the most easily identifiable. Ancient Indian wisdom links physical well-being to proper diet, exercise and rest in appropriate quantity. A lot of thought went into drawing up an ideal diet chart. The aim was to include things that would increase the common man’s resistance to disease. The Immunity Superheroes – turmeric, coriander, cumin, garlic, ginger, cinnamon, cloves and pepper – are all used in everyday Indian cooking, individually or in different combinations. Vegetables spanning the ‘colour spectrum’, from the yellow-orange pumpkins to the maroon beetroots, from the dark green spinach to the pale green cabbage, from the bright red tomatoes to the white radish, all find a place on the Indian ‘thali’ at one point or another, supplying essential vitamins and minerals needed to keep immunity high.
There are also some lesser known condiments that are worth a closer look at in the current situation. Among these are star anise (contains terpineol and anethole, used to treat cough and fever), amla or Indian gooseberry (high in vitamin C), kokum (rich in antioxidants and vitamin C), ghee (full of essential fatty acids which boost immunity) and papaya (immunity booster).
And if the body does succumb to illness, Ayurveda and other indigenous systems of medicine like Siddha make excellent use of the treasure trove of medicinal herbs in the country to cure and restore it. One such ingredient is neem, known for its anti-inflammatory and anti-viral properties, used in many indigenous medicines. The Kaphasuda Kudeeneer, a Siddha concoction of medicinal plants, has been recommended by the Tamil Nadu Government as an immunity booster and possible safeguard against the novel Coronavirus.

As we stand together in our fight against this microscopic infectious agent that has brought the whole world to its knees, let us echo the opening line of an old Malayalam song – Lokam muzhuvan sukham pakaraanay snehadeepame mizhi thurakku (loosely translated, ‘For wellness to spread throughout the whole world, open thou your eyes, oh source of love’) and invoke the ancient Sanskrit blessing – Sarve bhavantu sukhinah, sarve santu niramayah, sarve bhadrani pashyantu, ma kashchid duhkha-bhag-bhavet – May all be happy, be healthy, see good. May no one hold sorrow in the heart. 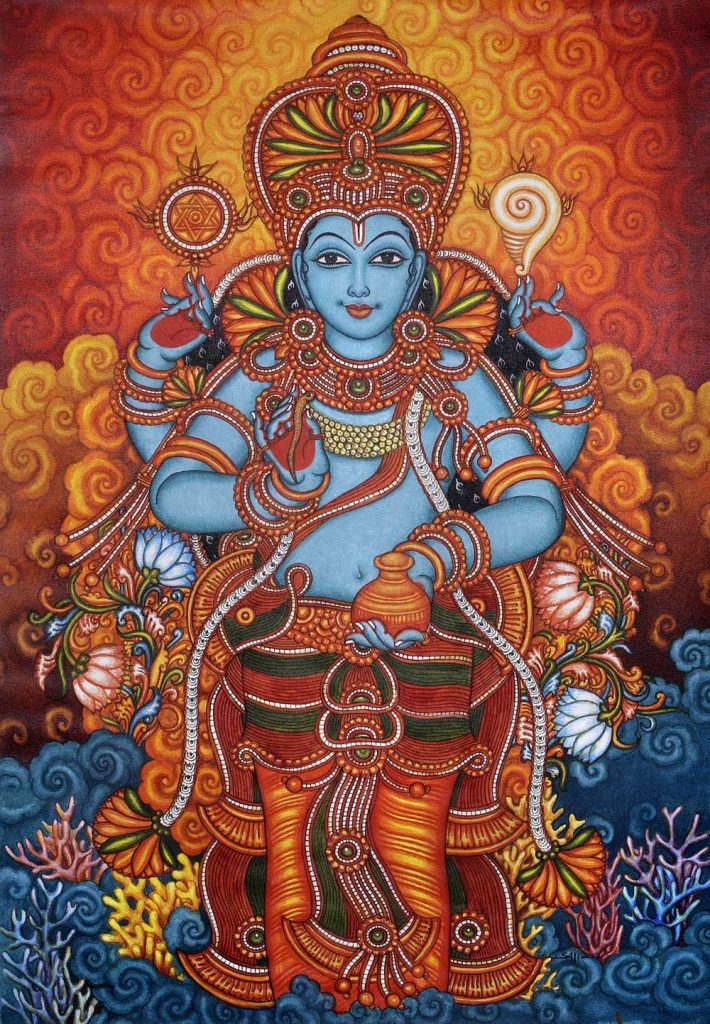 Divine healing
Dhanvantari is the physician of the Hindu pantheon, and is worshipped as the God of Medicine and the Father of Ayurveda. According to mythology, he emerged from the Ocean of Milk holding the pot of Amrit, the holy nectar which the demigods and the asuras or demons churning the ocean were seeking.
Saint Agastya, one of the most revered sages in Vedic times and a great proponent of environmental harmony, is believed to be the Father of Siddha medicine. The Agastya Malai, a stretch of hills on the Kerala-Tamil Nadu border, is so named because it is believed that the sage planted medicinal herbs there, including rare ones, which can still be found by the diligent seeker.