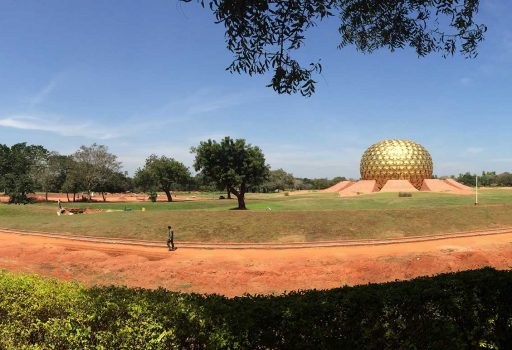 In the past one-and-a-half years, mankind has had a crash course on the importance of being respectful of Nature and of all other forms of life on our planet. This implies a knowledge of, or at least a basic familiarity with, the diversity of life forms and the integrity of each. Eco-tourism, or responsible tourism, where the intention of travellers is to partake of the variety of experiences Nature has to offer without damaging, changing or influencing it, shows the way. India, with its massive diversity, is teeming with eco-tourism opportunities of the ecological, historical and cultural varieties. Susan Philip takes us through some interesting selection of options 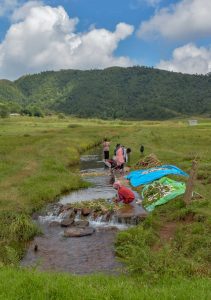 Pristine pleasure
The clouds, from which the north-eastern state of Meghalaya (literally, abode of clouds) takes its name, hang low on the scenic mountains around Mawlynnong Village. The sparkling streams, cool wooded mountain slopes and the bracing fresh air of the village and its surroundings cleanse and revive jaded bodies and minds. Mawlynnong enjoys the distinction of being known as ‘Asia’s cleanest village’ and ‘God’s Own Garden’. The 500-odd villagers undertake regular cleanliness drives in all public places by turns. Mawlynnong is very strict about the ‘No littering; No smoking’ rule and violators are heavily fined. Wicker baskets for waste are placed everywhere. Visitors are expected to take all their plastic waste back with them.

The villagers belong predominantly to the Khasi tribe. Homestays abound, and guests are treated to mouth-watering Khasi cuisine made from organically grown and reared products. Mawlynnong is also famous for its ‘Living Root Bridges’, an example of sustainable Khasi architecture. Made by training the roots of the Rubber Tree to span valleys and streams, these bridges take time and patience to build, but continue to grow and strengthen over the years.

Where beauty blooms
Nestled in the Western Himalayas, the Valley of Flowers lives up to its name, spreading out for visitors a carpet of blooms of different kinds at different times of the year. In fact, over 500 varieties of flowers have been identified here. Declared a UNESCO World Heritage Site, this National Park in Uttarakhand is also home to a variety of medicinal plants.

Those looking for a break from the concrete jungle can feast their eyes on acres and acres of refreshing green and tumbling waterfalls. Wildlife enthusiasts can look out for flowers ranging from exotic orchids to the humble marigolds and daisies, and animals like the timid musk deer, the blue sheep and the shy red fox. You may even catch a heart-stopping glimpse of the Snow Leopard, or the Himalayan black or brown bears. The Himalayan Golden Eagle, the Sparrow Hawk and the Snow Partridge are some of the birds you may spot. Some of these species of flora and fauna are rare or endangered.

The fitness-oriented can enjoy treks with breath-taking views, while the more sedentary can exercise their limbs by indulging in gentle village walks.

Living lights
A place teeming with insects – no, don’t say YIKES! – the insects that descend on Purushwadi Village in Maharashtra are not your usual creepy-crawlies, they are fireflies!

Just a four-hour drive from Mumbai, this tiny village becomes a wonderland just before the monsoons each year. Over 2,000 species of fireflies, which are actually beetles, not flies, descend on the village and the woods and fields surrounding it after the pre-monsoon showers in May-June, and put on an amazing display of flickering lights night after night, till the rains pelt down in earnest. The lights are a part of the mating rituals of these insects, with the pattern of flashes acting as a coded invitation for the opposite gender. Without the harsh glare of electric lights, the glow of the fireflies seems almost brilliant in the soft darkness of Purushwadi. The villagers host a Fireflies Festival in June, and offer homestays and home-cooked traditional Maharashtrian cuisine. Camp sites are also available. There are no mod-cons in the village, but as experiences go, this one is magical.

Sun, sand and sea
Slough off the burdens of your everyday world, disconnect from stress on Havelock Island in the Andaman archipelago. Now known as ‘Swaraj Dweep’, this island has some of the best beaches in Asia lapped by crystal-clear blue waters, soothing groves of palm trees, dense tropical forests and an overriding sense of peace.

Those who crave adventure can go kayaking, trekking in the jungles, scuba diving, snorkelling or sea-walking. Relax by watching elephants gambol in the water, or taking vicarious part in the bustling, colourful, complex underwater world from a glass-bottomed boat. Those who just want to chill need only a hammock between two palm trees on the beach! Either way, you’ll return rejuvenated.

Being human
For an alternative life experience, head to Auroville in Tamil Nadu. Located very near Puducherry or Pondicherry as it was known earlier, capital of the Union Territory of Puducherry, this experimental township, founded by Mirra Alfassa from France, known simply as the Mother, a disciple of the philosopher Sri Aurobindo, is driven by its focus on realising human unity. It aims to bring together people from all countries, faiths and political persuasions, and enable them to live together in harmony. Sustainable living is at the core of the lifestyle here.

Wasteland reclamation and reforestation, cost-effective building technologies using locally appropriate material, organic food production, water and waste management and rural development are areas where the Auroville community is actively contributing, Conservation of medicinal plants is being carried out in an ethno-medicinal forest area.

At the core of the township is the Matri Mandir, a unique, dome-shaped building where you can meditate and reconnect with your inner self, finding peace and quietude. Explore the township, talk to the residents, absorb the unique energy of the place. Reboot.

These are just a few of the eco-friendly tourist spots in India. Also check out Thenmala in Kerala, the country’s first planned eco-tourism destination; Majuli, the world’s largest river island, in Assam; the Wetlands of Ladakh; Tyda, a tribal village in Andhra Pradesh – the list is satisfyingly long.

Wherever your eco-travel takes you, as a responsible visitor, be mindful of Nature and the local culture, taking care not to disturb the environment with waste or noise pollution. While expanding the horizons of your own knowledge and understanding of Planet Earth, sustain and preserve the local ecology and economy. Bon voyage!