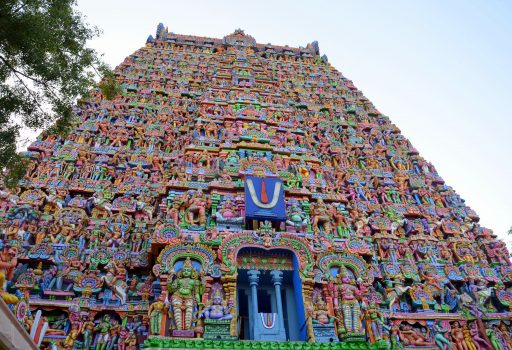 In the mood for a perfectly brewed cup o’ filter coffee? Or some stunning temples, Kumbakonam is your destination then says Devanshi Mody 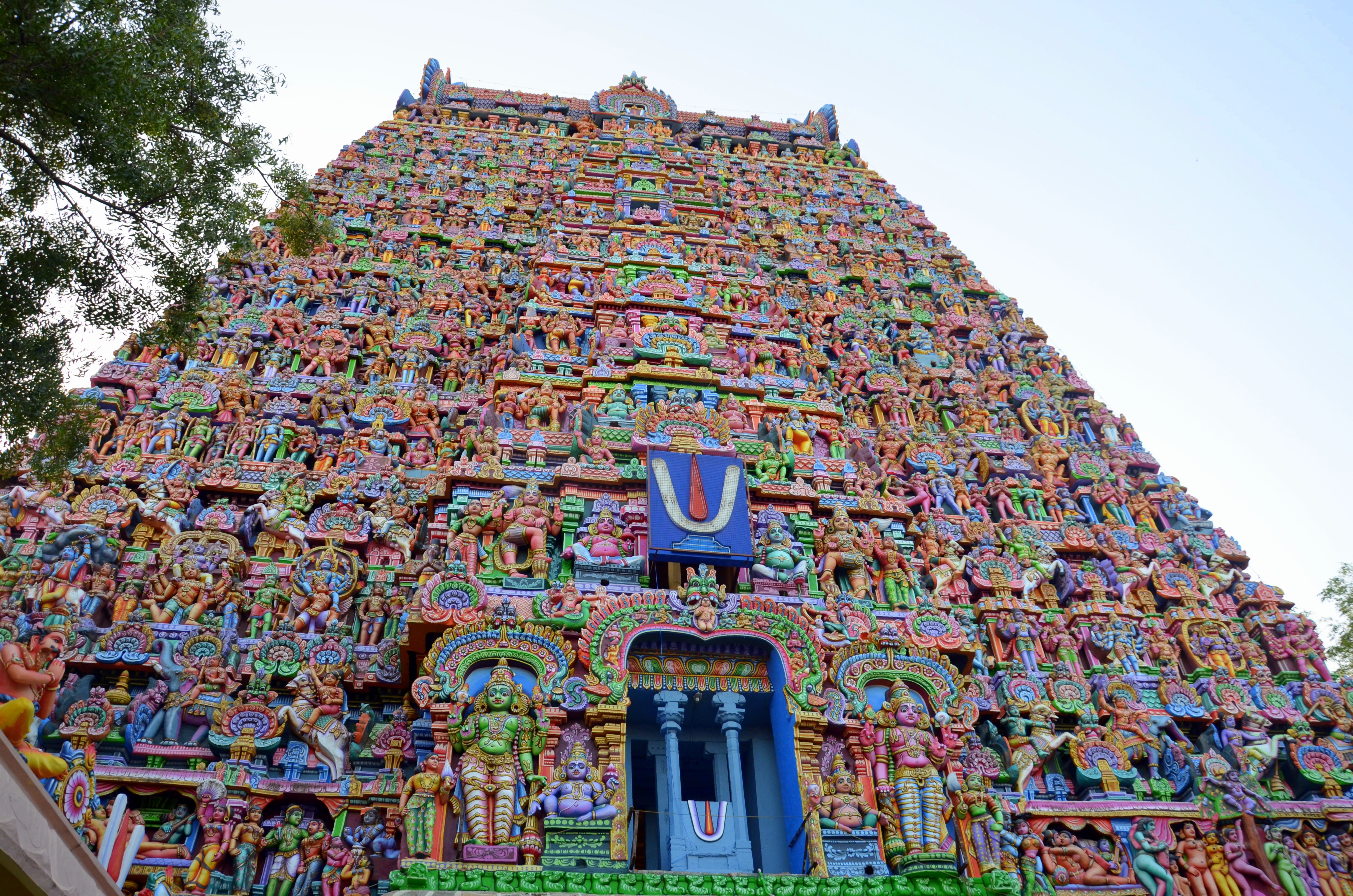 It’s called the Temple Town. So are so many other towns in Tamil Nadu! But Kumbakonam is doubtless pre-eminent amongst temple towns. The town itself throbs with temples whilst satellite temples gravitate around it. Kumbakonam is a base from which to explore the UNESCO World Heritage Great Chola Temples, but remember it has its own wealth of ancient architectural treasures legend-steeped and myth-imbrued, so don’t stray. Stay, a while at least, and let the clanging temple bells resolve into an enveloping silken peace you can snuggle into over copious cups of fabled Kumbakonam degree coffee, or, as the locals say, kaapi!

One afternoon in Chennai I meet Subbu, the wildly charismatic and flamboyantly eccentric owner of Mantra Veppathur, for degree coffee. He says it’s much better at his all-green, tree-thronged resort in Kumbakonam. Next I know, my brother and I are zooming down to Kumbakonam. Anything for a good coffee, sorry kaapi, and yes those gorgeous historic Tamil temples.

Mantra’s young Front Office Manager has been appointed our personal guide. He explains what I already know – pilgrims predominantly visit Kumbakonam to worship at the famous Navagraha temples dedicated to the nine planetary deities. The temples are old and their presiding deities supposedly wield great “power” over mortal destinies but the temples are no artistic marvels. If we take eons to visit them, it’s because we need to traverse walls of pilgrims to reach the sanctum.

It’s beauty that we’re beholden to and visit as many temples as possible. Too many to enumerate and elaborate on in the scope of this story perhaps, because it’s beyond the scope of memory as the countless temples visited the mind blends into a swirling opulence of architectural splendour, sculpted colonnaded vistas, ceilings encrusted in arabesques of finery…

Three temples, nevertheless, distinguish themselves because the aesthetic impact apart they are of historic or cultural significance or just plain different. I’d add a fourth temple which UNESCO short-listed until locals daubed the ancient temple and its soaring deity-packed gopurams with bewildering fluorescent paints and flayed it of elegance and dignity. 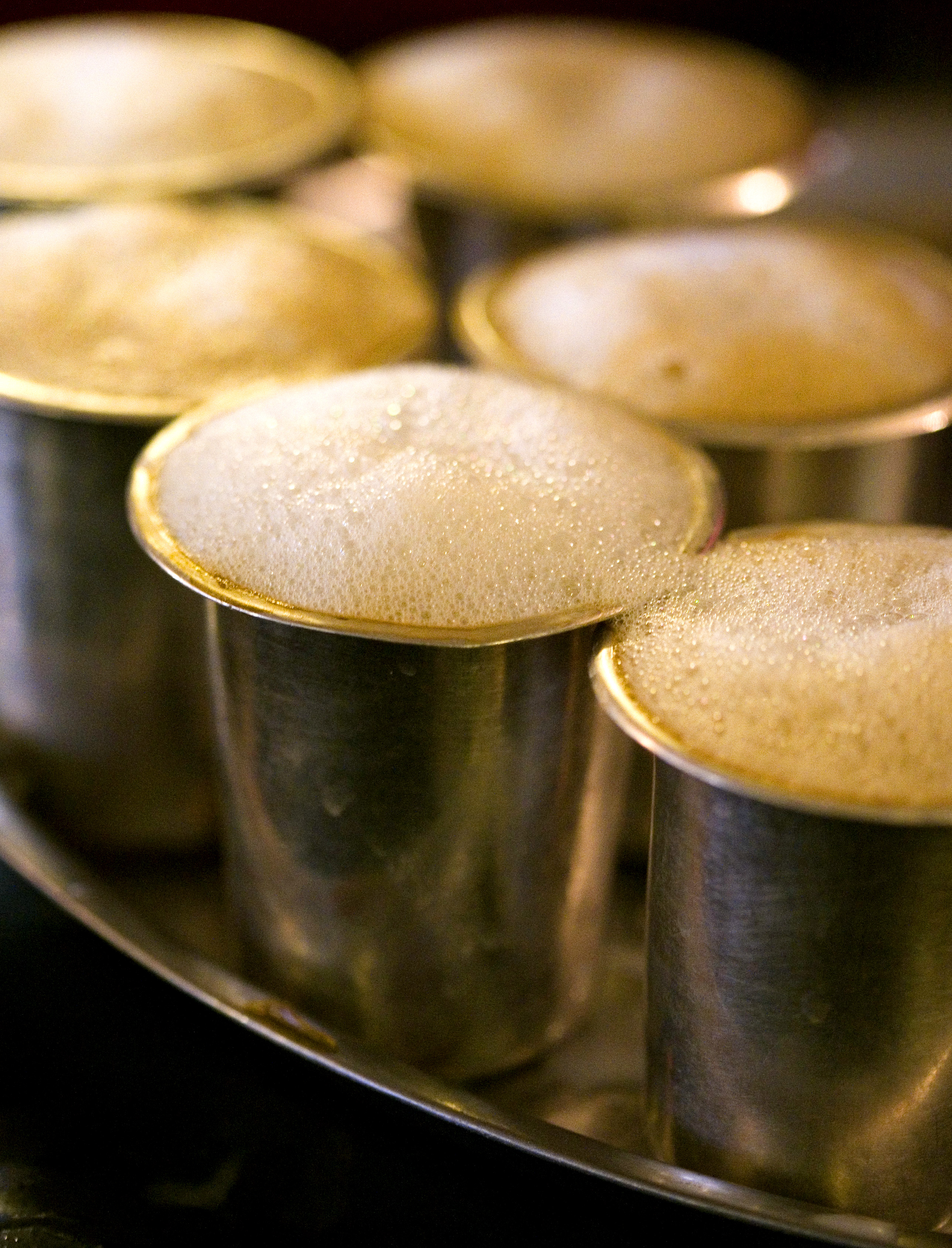 So I shall detail the remaining three temples. The Adi Kumbeswarar Temple is perhaps the most celebrated temple of Kumbakonam. Shiva, worshiped as Adi Kumbeswarar, is represented by the lingam believed to have been crafted by the great lord himself whilst he mixed the nectar of immortality and sand. The presiding deity is revered in the 7th century Tamil Saiva canonical work, the Theveram, written by Nayanmars (Tamil saint poets). This 7th century Chola temple with three concentric compounds sprawls immensely over four acres and boasts four gopurams (gateway towers), the tallest being the 128-ft, 11-storied eastern tower. The overwhelming feeling of expanse is consolidated by the 330-ft corridor leading you into the temple teaming with many shrines and halls including the 16-pillared hall built during the Vijayanagar Period blazed with 27 stars and 12 zodiacs sculpted in a single stone. The name Kumbakonam derives from the legend that during universal dissolution orchestrated by Shiva, the mythical kumbh (pot) of Brahma bearing the seeds of all the earth’s creatures got displaced and came to rest in what is today Kumbakonam; spilling its contents in two places, including the Mahamaham tank, amongst the seven outlying water bodies associated with the temple. At the tank a festival occurs every 12 years which even the mighty 16th century Vijayanagar emperor Krishnadeva Raya graced. The biggest of all Kumbakonam’s Shiva temples, Kumbeswarar also has five splendid silver-plated chariots to carry idols in during festival processions.

The second temple to have etched itself in my mind is the Swaminathaswamy Temple where the 15th century riotous libertine-turned saintly poet Arunagirinathar sang great paeans to Swaminathaswamy or Lord Murugan. This temple in Swamimalai, 5 km from Kumbakonam, is amongst the six main abodes of Murugan that mark the different phases of his life and is said to be in existence from the Sangam period (2nd Century BC) but modified by Parantaka Chola I. The temple was badly damaged during the Anglo-French war between Hyder Ali and the British in 1740. Amongst its unusual features are the 60 steps, each named after the 60 Tamil years, that lead up to the shrine of the presiding deity Swaminathaswamy seated atop a 60-ft hillock. Shrines of his mother Meenakshi and father Shiva are surprisingly located downhill. Our guide believes that this is where Murugan gave his own father Shiva a Tamil lesson, which is why Kumbakonam is the seat of the Tamil language. This isn’t surprising given that Murugan in Tamil Naduis almost embraced as the Quintessentially “Tamil” god as opposed to only a “Hindu” god and the number 6 is identified with Murugan connoting the 6 directions and 6 chakras of the human anatomy. Another popular legend is that the child Murugan preached the ‘Pranava Mantra’ (‘Om’) to Shiva after arresting Brahma (not before smacking his forehead in anger with his fists…) for not answering his question about the Pranava Mantram. Murugan’s proficiency at edification partakes of his attributes and thus he attained the name Swaminathaswamy. Amongst the most frequented temples in the district it is distinguished by Murugan’s unusual mount. The customary peacock sported axial to the presiding deity in other temples is here replaced by a white elephant, symbolic of power, and is thought to be Murugan’s original mount. This iconography is, however, today maintained only at the Swaminathaswamy Temple and the Tiruttani Murugan temple.

In Shiva and Murugan territory the Ramaswamy Temple is refreshingly different. The 16th century temple built by the Nayak kings is considered unique amongst Nayak temples in its style. It might be junior to the fabled Kumbeswarar and Swaminathanswamy temples but is an ostentation of architectural grandeur. The 64 pillars in the hall near the gopuram are sculpted with exquisite finesse depicting episodes from the Ramayana.  Each pillar crafted of a single stone projects the delicacy of the workmanship with arresting poignance. Spot Hanuman in an unusual posture bearing manuscripts. On the walls of the prakaram (enclosure of the temple) the Ramayana unfurls in pictorial flourishes or Chitra Ramayana in three streaming bands so you may imbibe the Ramayana visually whilst executing three pradakshinams (rounds) of the sanctum. The mounting incense, fervent chants, crescendo of bells, spectacle of lamps and fire are so spiritually elevating that I feel I’m flying.

If the Bible calls gluttony a cardinal sin, then I’m prepared to burn in some circle of Dante’s Hell for it for gluttony is inevitable after the exhausting temple tours. Mantra Veppathur is like the Garden of Eden to a vegetarian. The pure-vegetarian resort in the heart of Brahmin country has its own gardens which might not have apples but they do have every conceivable exotic South Indian fruit and vegetable. Banana leaf sapadus are feasts fit for the gods themselves, whilst suppers present you esoteric regional specialties. But it’s the breakfasts in the pillared pavilions surrounded by gardens that are a real delight. Forget the food (which is fabulous), it’s the coffee of which I have six tumblers the first morning.

Then it’s time to explore the town’s souks for coffee, antique brass filters, brass lamps that Kumbkonam is renowned for, and local sweetmeats (they’re excellent!). And, if you like saris, then visit the local weavers and watch them weave silks into resplendent saris that string you along from temptation to temptation.