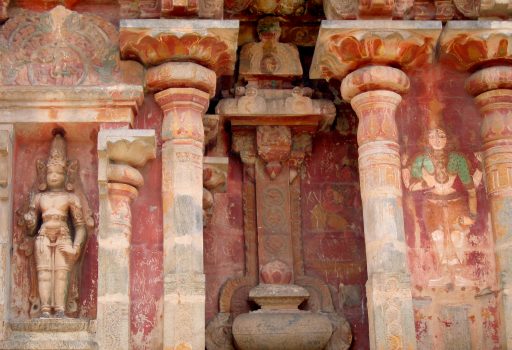 Airavateshvara Temple in Tamil Nadu is legendary, in more than one sense, says Devanshi Mody 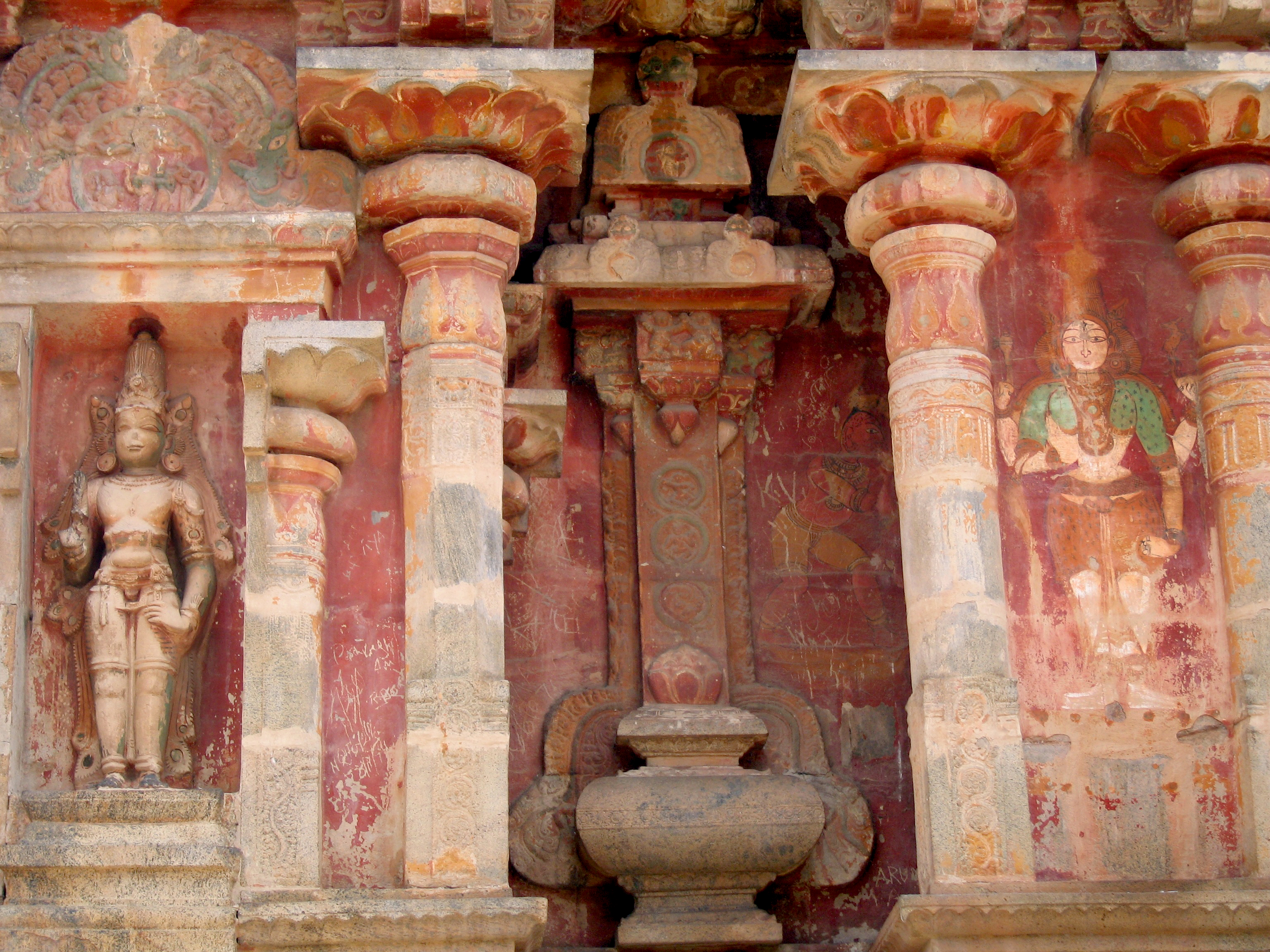 The Great Living Chola Temples are extraordinary in many ways. They are quite possibly the most beautiful temples on God’s earth. Furthermore, the triumvirate is distinguished by the curious fact that the temples are synonymous with the towns they are in by which they are more often referred to than by their actual names. Who refers to the Brihadeesvara Temple? One speaks of the Tanjavur Temple or the Gangaikondacholisvaram Temple. And who indeed refers to the Airavatesvara Temple? Few. Not many know this temple, or at least of it by its name. It is more often called the Darasuram Temple, if spoken of at all. Demure and damsel-like, it cowers in the shadows of the Greater Chola Temples, as it were, those towering incarnations in stone of chivalry, conquest and grandeur. Exquisitely pretty but inexplicably neglected, Darasuram seemingly sulks like a damsel in distress.

Wouldn’t you, had you the charms to enchant stone but few admirers? The first time we visit Swamimalai in 2011, we are taken across to see the Tanjavur Temple 45 minutes away. This is the point of the trip. Over the remaining 3 days we enquire of the cab driver, the hotel and locals for other significant historic temples in the vicinity and are directed to the Nava Graha temples, although we keep emphasising that we’re not on a pilgrimage and seek temples outstanding for their historic or architectural fascination rather than any religious importance. We aren’t looking for ‘very powerful temples’ but temples that might have once been powerful not because of the presiding deity’s divine potency but because they reflect the glory of their royal patrons. Yet nobody mentions Darasuram, the third of the Great Living Chola Temples and a UNESCO World Heritage Site, just outside Swamimalai. 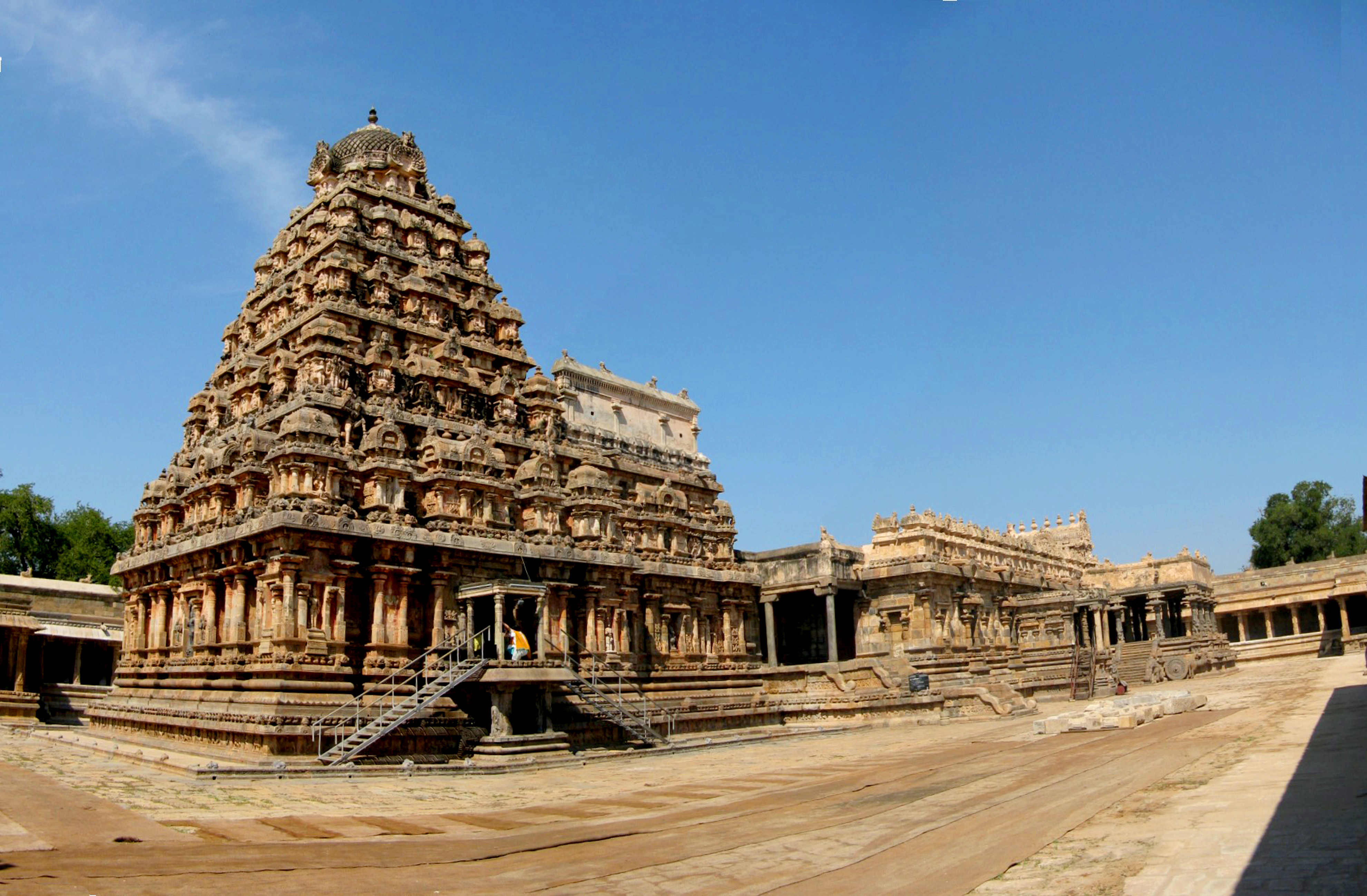 It is only when we are leaving Swamimalai and driving past what appears to be a compact but crafted temple complex that I command the chauffeur to halt. Typically, the chauffeur, in haste to return to Chennai, dismisses the temple, ‘Not very important.’ But it seems utterly gorgeous, I persevere. ‘Nothing inside. Very small. Nobody goes,’ the chauffeur is equally pertinacious. But you don’t have such finely manicured lawns outside a temple of no consequence, I remark. In exasperation the chauffeur finally reveals this is Darasuram, a Chola Temple, but is emphatic about the temple’s exiguity and concomitant insignificance. ‘You have seen the Big Temple in Tanjavur. Don’t waste time on small small temples.’ I’ll hear the same line from another chauffeur when I want visit Gangaikondacholisvaram subsequently. Except, unlike Gangaikondacholisvaram, there aren’t even a scatter of picnickers at Darasuram. The chauffeur is right about at least one thing: Nobody goes!

Protesting chauffeur notwithstanding, I bolt out of the car followed by my brother Samir. There’s a sweeper in sight. Otherwise, pristine solitude. And perhaps the prettiest temple you will ever see. So pretty it petrifies. And, it is all yours because, indeed, nobody goes!

Because Raja Raja Chola II can never be as famous as Raja Raja Chola I so his temple at Darasuram can’t claim fame like his predecessor’s Tanjavur temple. Or even Rajendra Chola’s Gangaikondacholisvaram. The great ‘competition’ was between THE Raja Raja and his son Rajendra and their temples. Darasuram isn’t even in the running. It nevertheless is insuperable for its sculpted intricacies. Unsurprisingly, Dr. Carl Sagan recalls his Darasuram visit in his magnum opus Cosmos- A Personal Voyage.

The Airavateshvara Temple is legendary, in more than one sense, for legend has it that Airavata, the white elephant of the king of the gods Indra, cursed by Sage Durvasa to suffer colour change, had its blazing whiteness restored by bathing in the temple’s sacred waters. A shrine with Indra astride Airavata commemorates the legend. This 12-Cent temple, however, like the other Great Living Chola Temples of the 10th and 11th Cent, is a Shiva temple. Shiva is here known as Airavateshvara because Airavata worshipped him here. The temple and presiding deity derive their names from the elephant legend. White elephants are clearly not all worthless. Some can inspire grand artistic feats!

Kneeling elephants whose trunks unfurl down a short flight of steps elevate you to the temple’s mandapam that evokes a splendid chariot with enormous stone wheels drawn by horses raised loftily on their hind feet. This is surely the prototype of the famous chariot at Hampi’s Vittala Temple? Darasuram mightn’t have the stratospheric proportions of the other 2 Chola temples (its vimana is a mere 80 ft compared to the 180 ft or more that its predecessors boast). However, even Wikipedia acknowledges (in a shoddily authored piece albeit) that ‘Although this temple is much smaller than the Brihadeesvara Temple or the Gangaikondacholapuram Temple (incidentally, both temples, as aforementioned,  have the same name Brihadeesvara Temple) it is more exquisite in detail.’ Darasuram is a treasure trove of art and architecture because unlike its predecessors it wasn’t conceived to flaunt the emperors’ power but to impart nitya-vinoda or ‘perpetual joy.’ Expect a mandapa whose pillars poised on hybrid elephant-lions are an ornate enthralment of delicate carving.  Seek out the famed miniature Dancing Ganesh that’s no bigger than your finger tip but insanely fine in its composition. You could spend aeons scrutinising each bewitchingly chiselled pillar, time and chauffeur permitting! We’ll have to return 5 years later with the young, impassioned and impressively well-informed Front Office manager of  Mantra Vepathur who’ll be our personal guide to this temple and allocate it a half-day. The least that its beauty demands. 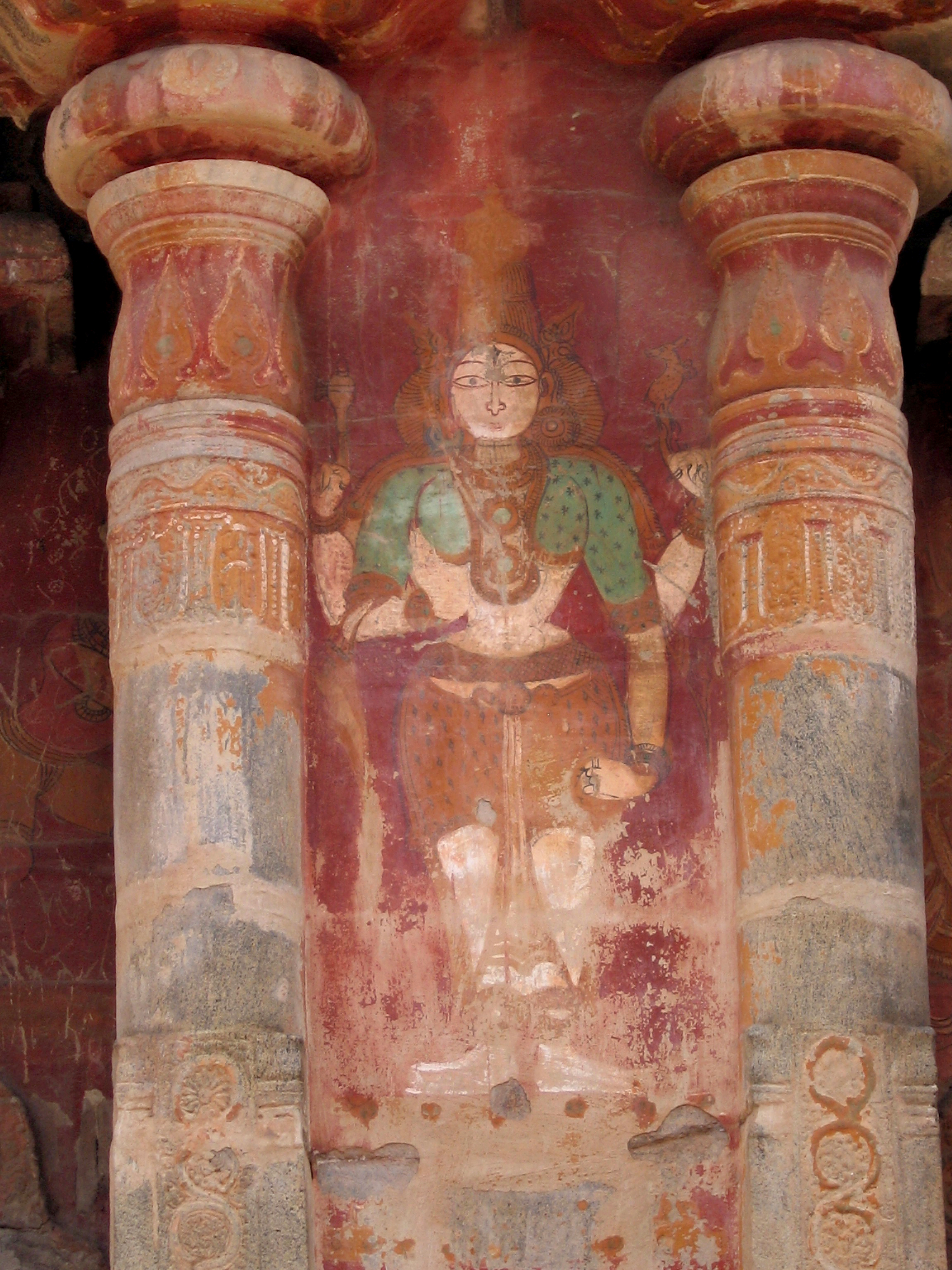 The temple hasn’t soaring stacked tops like its predecessors but stands tall for the splendid sculptures that embellish the various shrines. The courtyard’s cluster of shrines includes one dedicated to Yama who supposedly also worshipped Shiva at Darasuram where, damned by a rishi to feel his skin ablaze, Yama was healed after bathing in the temple’s tank. Thus the tank is called Yamateertham.

The inner courtyard with its elegantly-carved structures features an unusual balipita (‘seat for sacrifice’) adjoining the Ganesha shrine whose steps when struck make music out of 7 basic notes. This also seems the inspiration for the musical pillars in Hampi’s Vittala Temple. Darasuram further distinguishes itself with sculptures of the 108 Devara Othuvars who sang in the temple during Raja Raja II’s time attesting to the temple’s rich musical affiliations and devotion to the arts.

The Airavateshvara Temple isn’t feminine merely in its structure and architecture but celebrates the feminine form arraying as it does the wonderfully crafted Sapthamathas (7 celestial nymphs) presiding over large stone slabs.  Flowing through the temple are personifications in stone of the river goddesses Cauvery, Ganges, Yamuna, Godavari and Narmada accentuating the impression of fluidity and femininity (contrast the stiff masculinity at Tanjavur). Another remarkable aspect is that Lord Airavateshvara’s consort Periya Nayaki Amman stands aloof in a detached temple. This might’ve partaken of the main temple girdled within now extinct outer courts but today the goddess reigns alone over a single large court. The construction of a separate Devi temple, post-dating the main temple, indicates the historically interesting emergence of the Amman shrine as an integral component of the South Indian temple complex.

108 bands of inscriptions honouring 63 Saivacharyas reflect the region’s Saivist fervour. Conquests too are inevitably glorified in royal temples, especially if they be Chola temples. Thus, an inscription observes Emperor Rajadhiraja Chola’s installation of an idol brought from Kalyani after his defeat of the Western Chalukyan King Someshwara I & Sons and his acquisiton of the Chalukyan capital.

The first time I visited both Tanjavur and Darasuram over a weekend I confess myself more enchanted by Darasuram. I have since visited Tanjavur again and again and never failed to prostrate before its might and majesty. But in 2011 I’d declared the maidenly Darasuram my favourite Chola temple. I now feel each of the 3 temples is unique, whatever the similarities. I strenuously urge the aesthetically sensitive to discover Darasuram. But who will heed when top tour ops furnish you with drivers blaring, ‘Not important. Nobody goes!’