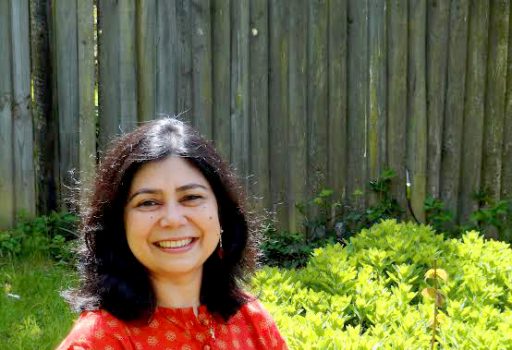 In conversation with Marina Marangos, Shrabani Basi talks about her book, Victoria and Abdul 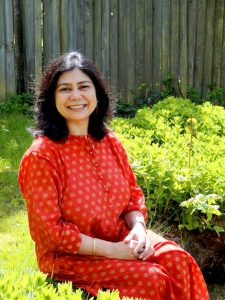 I had the privilege of hearing Shrabani Basi at the Jaipur Lit Fest, in conversation with A. N Wilson. I think this was probably one of my favourite sessions because with their combined historical knowledge, I came to appreciate Queen Victoria in a completely different way and I learnt so much about her and her relationship with Abdul Karim, an Indian servant who was sent over to the Palace for the Queen’s Jubilee. This true story would have been buried and forgotten forever had she not brought it to light.

When did you conceive the idea for the book and what made you begin the quest to find more about this relationship between Queen Victoria and Abdul Karim?

I knew from research for an earlier book that Queen Victoria had some Indian servants and enjoyed eating curries. But it was during a visit to Osborne House on the Isle of Wight that I saw the portrait of Abdul Karim. He was painted holding a book in his hand, and looked more like a nawab than a servant. That portrait spoke to me and I wanted to know more.

I started my research in Windsor Castle and read Queen Victoria’s journals and her Hindustani journals. That was the start of my journey into their life together.

Where did your investigations take you and what did you find? Was it easy or difficult to have access to the material and historical records?

The first thing I discovered was that all the letters she had written to him had been burnt by her son and heir, Edward VII, so it was not the best start. But I started with Queen Victoria’s journals and her Hindustani journals. I had these translated. They revealed a lot about the relationship. I went to Agra and found Abdul Karim’s grave and the house she had given him. I found some material in the archives in Agra. Back in London, I worked in the British Library and read her correspondence with the Viceroys of India where Abdul is covered extensively. I went to Scotland and read the private papers and journals of Queen Victoria’s doctor, Sir James Reid. These were a major source for the book. There were also the private letters, diaries and memoirs of her household, ladies in waiting and even the Royal Chef. Newspaper reports were a valuable source. All these helped construct the story. The icing on the cake was finding Abdul Karim’s diary in Karachi. It was a journal that the household had wanted destroyed. It was amazing to hold it in my hands after over a hundred years.

How long between conception and the publication of the book?

Were you surprised by what you found?

It was a journey of discovery at every step. I discovered that Queen Victoria had learnt to read and write in Urdu from Abdul Karim. I discovered how passionate she was about India and how she took a keen interest in the Indian political scene. I learnt how she stood up for Karim and defended him against her household, her family, the Viceroy and even the Prime Minister.

It was a shock to me to see that her son and heir actually threatened to get her to step down from the throne on grounds of insanity because of her relationship with Abdul Karim. This was the longest reigning monarch at the time who had celebrated her golden and diamond jubilee and was the iconic symbol of the British Empire. I thought this was hugely significant and showed the lengths to which they were ready to go.

Well, of course, they didn’t succeed. But they did get rid of Abdul as soon as she died, by sending him straight back to Agra and burning his letters. They wanted to delete him from history.

What are your views about Queen Victoria?

I thought she was way ahead of her time. She had no prejudices of class or colour and really stood up for her Indian servants and looked after them. The fact that she learnt Urdu so late in life shows her commitment. She never missed a single lesson over thirteen years.

What is your view about Abdul Karim?

Karim was just 24 years old when he was sent to England to wait on the Queen. He was quite proud and did not like being a servant. He actually wanted to return to Agra, where he was a clerk in the jail. But the Queen begged him to stay. She wanted to learn Urdu from him. The way I see it, he did not ask for any of it. He was transported to another world where the Queen enjoyed his company. Under the circumstances, who can blame him for asking for favours? Everyone else in her court did. The Queen showered him with titles, land and presents. It attracted the jealousy of others in the household. They hated him because he was Indian and because he was a commoner.

They were plain racist. They referred to Indians as the “Black Brigade”. One lady-in-waiting said she ‘shuddered’ every time he walked by. They wanted to go on strike if the Queen took him to France on her holiday. They tried every trick in the book to get him, but failed.

Despite all this, he never said a word about their behaviour apart from a few references in the Hindustani journals and his own memoirs. He never complained about how he had been treated by the Royal Family after the Queen’s death and lived quietly in Agra.

Ultimately what do you think he offered her apart from teaching her Urdu/Hindi, which must have been quite a challenge to take up in her sixties?

I think he offered her companionship. She was very lonely; her children were troublesome and her household kept a formal distance. Karim was the one person, like John Brown before him, who crossed that barrier and related to her as another human being.

Also, she was fascinated by India and Karim brought India to her. He told her all about his country, the festivals, the politics, the culture, the Taj Mahal. She connected with India through Karim and went on to build her own mini-India at Osborne House.

I think the relationship with Karim gave her a new lease of life and she lived till the age of 81, which was remarkable in those days. 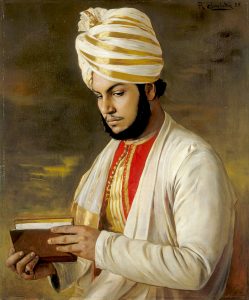 A lot of effort was made to discredit him and some of the people in the Court of Queen Victoria were clearly threatened by his relationship to the Queen. Do you think this was justified in any way?

The household hated him as he was so close to the Queen. There was the element of racism as well as class snobbery because he was a commoner from India. The Queen lavished gifts on him. She gave him his own carriage, houses and titles. She welcomed his family to Britain. She spent long hours with him taking Urdu lessons, gossiping. It was more than they could bear.

Do you think Victoria was sexually attracted to Abdul Karim or was it more a child/mother relationship?

It was a relationship that worked at several levels. Victoria liked a strong man standing by her side, taking care of her. John Brown had been there for her after Albert’s death. Four years after John Brown’s death, she was devastated and lonely again, and that was when Abdul Karim was presented to her. Of the two servants who came to her, she did not choose the portly and “smiling” Muhammad Buksh but went for the tall young man with the “fine serious countenance”. The physical aspect was definitely important.

In her letters she would refer to herself as his ‘closest friend’ and sign her letters with crosses. At other times she would sign it “Your loving mother”.  So it was all of these.

It seems Victoria was quite a lonely woman and Abdul won her total trust as a confidant and friend. Do you think it was him per se or would anyone in that position have achieved that closeness?

It was definitely Abdul. He was young, charming and companionable and all this appealed to her. He understood her loneliness and his words comforted her. He would quote Urdu poetry and discuss Eastern philosophy and she enjoyed listening to him.

Also, he brought India to her, a country that she was Empress of, but had never travelled to. He gave her the real picture of India, not the one fed to her by the colonial administrators. Through Abdul she felt the heat and dust of India and lived her Indian dream.

I was unsure about their communication to start with and wondered if they were able to converse – clearly this improved over the years but in the first few years when you say they exchanged stories I was a little doubtful about whether this actually happened. What evidence do you have to support this?

The letters she wrote to her daughter, Victoria, saying how comforting he was and that he was such a good teacher. This was within a few months of his arrival.

Abdul Karim was treated badly after Victoria died. His family was bullied into handing over everything to do with her. Yet you managed to secure enough to put down the basis for the relationship and the book. Do you ever imagine how much more there was in written communication between them and what was its nature?

I did get to see some letters which had escaped destruction. They give you a real glimpse into their relationship. There would have been so much more if they had survived. However, I don’t think they would have revealed anything startling or new. They would have just shown how close they were, for which there was enough evidence from all the other sources.

Personally I learnt a lot – loved the fact that she was so enlightened and blind to prejudice – what did writing this book mean to you?

As I mentioned earlier, it was a learning curve for me, too. I had started out thinking Abdul Karim was probably a rogue, but learnt that he was not. He had just been portrayed that way by the household.

And, I learnt so much about Queen Victoria. I loved the way she stood up for Karim and accused her household of racism.

Are you working on something else that we can start looking forward to?

Yes, I am working on something. All my books involve years of research, so it will take some time.  I hope it will be something everyone will enjoy.