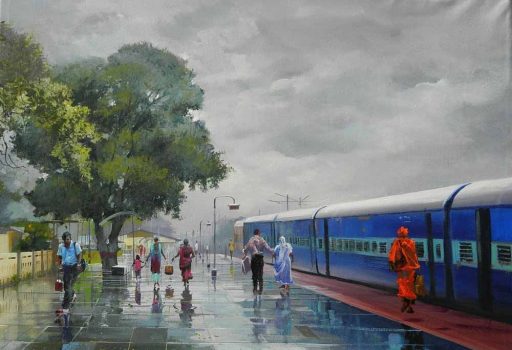 For nearly 200 years, the Thatheras community of Jandiala Guru, east of Amritsar, has been manufacturing distinctive brass and copper utensils. Their products range from small bowls called katoris, thali (rimmed plates), gagar pots for water and milk to the huge cooking vessels used in community kitchens at weddings and temples, all produced using traditional metal-beating methods. Plates of metal are hammered into shape using wooden mallets or welded together. The surface of the piece is decorated with a distinctive dimpled design by hammering precise tiny dents into the heated metal. The items are cleaned with acid, then polished with tamarind juice and buffed with sand – using the toes and heels of the feet. It is believed that eating food from brass utensils and drinking water from copper pitchers is healthy, and the utensils also have ritualistic importance. The Thatheras’ copperware has recently been inscribed on to UNESCO’s Cultural Heritage list. 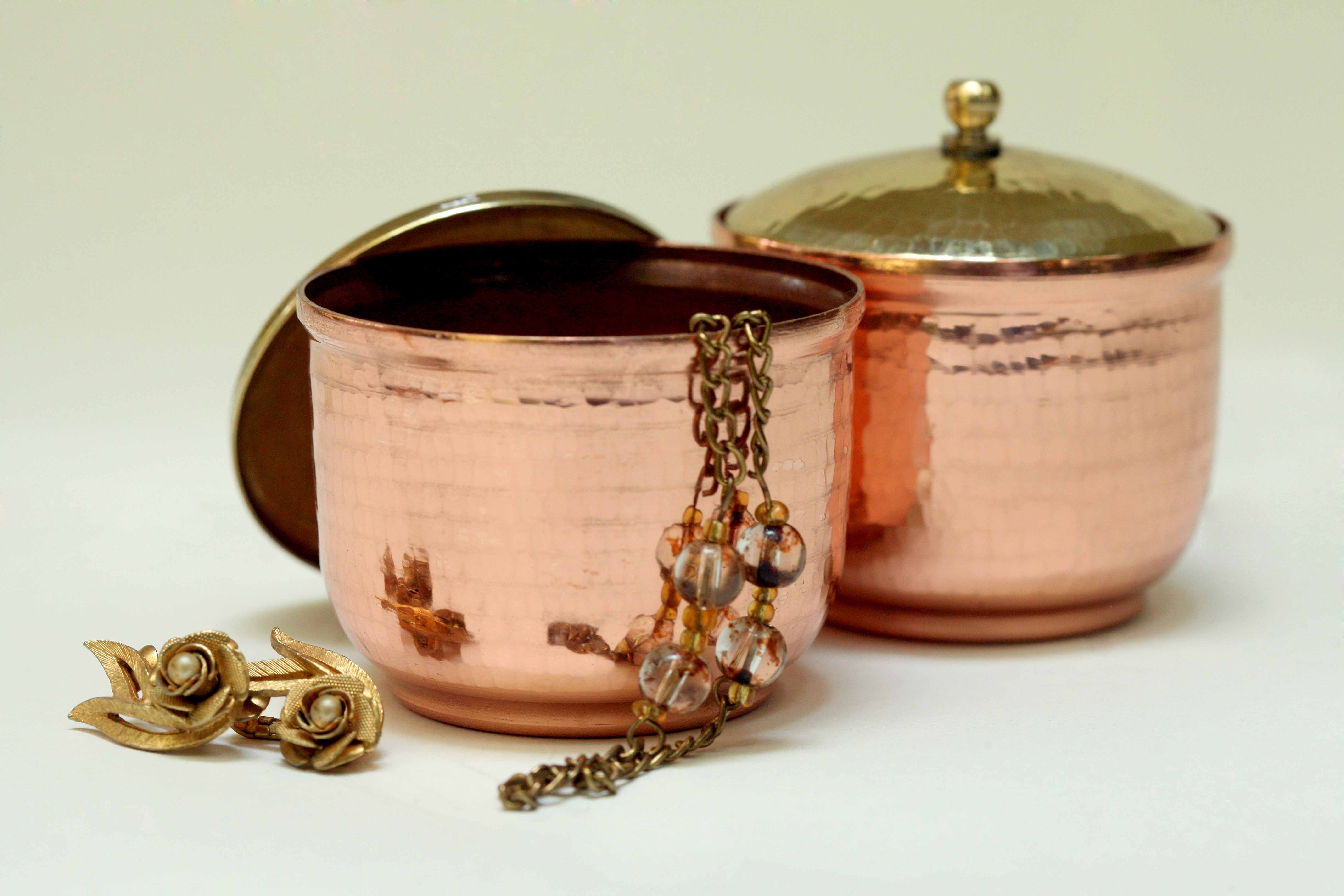 Chicken 65 is a spicy, sometimes fiery, deep-fried chicken snack that has become a local classic in the city of Chennai. The cuts of meat are cooked on or off the bone and flavoured with ginger, garlic, chillies, vinegar and curry leaves. The dish is served as a snack with salt and garnish, or as part of a meal. The dish was first served at the restaurant of the Buhari Hotel on Mount Road (now Anna Salai), created by AM Buhari, the hotel owner. Theories abound regarding the name of the dish: the marinade includes 65 chillies, or needs 65 days to steep; the meat comes from chickens that are 65 days old, and each bird is cut into 65 pieces; it was item number 65 on the original menu list. AM Buhari’s grandson tells a more prosaic story: simply, the dish was added to the menu in 1965. The original marinade recipe is still a closely guarded secret, but versions of the dish are served across India. It is found in all kinds of establishments, from bar snacks and highway dhabas to restaurants offering fine dining.

The ceremonial parade is the main attraction of India’s Republic Day, when regiments of the Indian Army, Navy and Air Force march along Rajpath, Delhi’s great ceremonial boulevard, in all their finery and official decorations. India’s military forces may have perfected the discipline of walking smartly in group formation, arms swinging and in step with the squad, but they build on drills learnt by all Indian children from an early age and which for many is an integral part of their school life. The march past – a parade or procession past a reviewing stand – features in annual school sports days and is seen as a way to instil school spirit and encourage team or squad goals as well as a sense of pride. Schools compete with each other, and many schools conduct their own version of the Republic Day march past. Despite long hours spent at practice, often under a hot sun, memories of school day march pasts evoke fond reminiscences, even nostalgia, for the teamwork involved, the sense of achievement – and the cancellation of classes when teams needed to practice for an event! 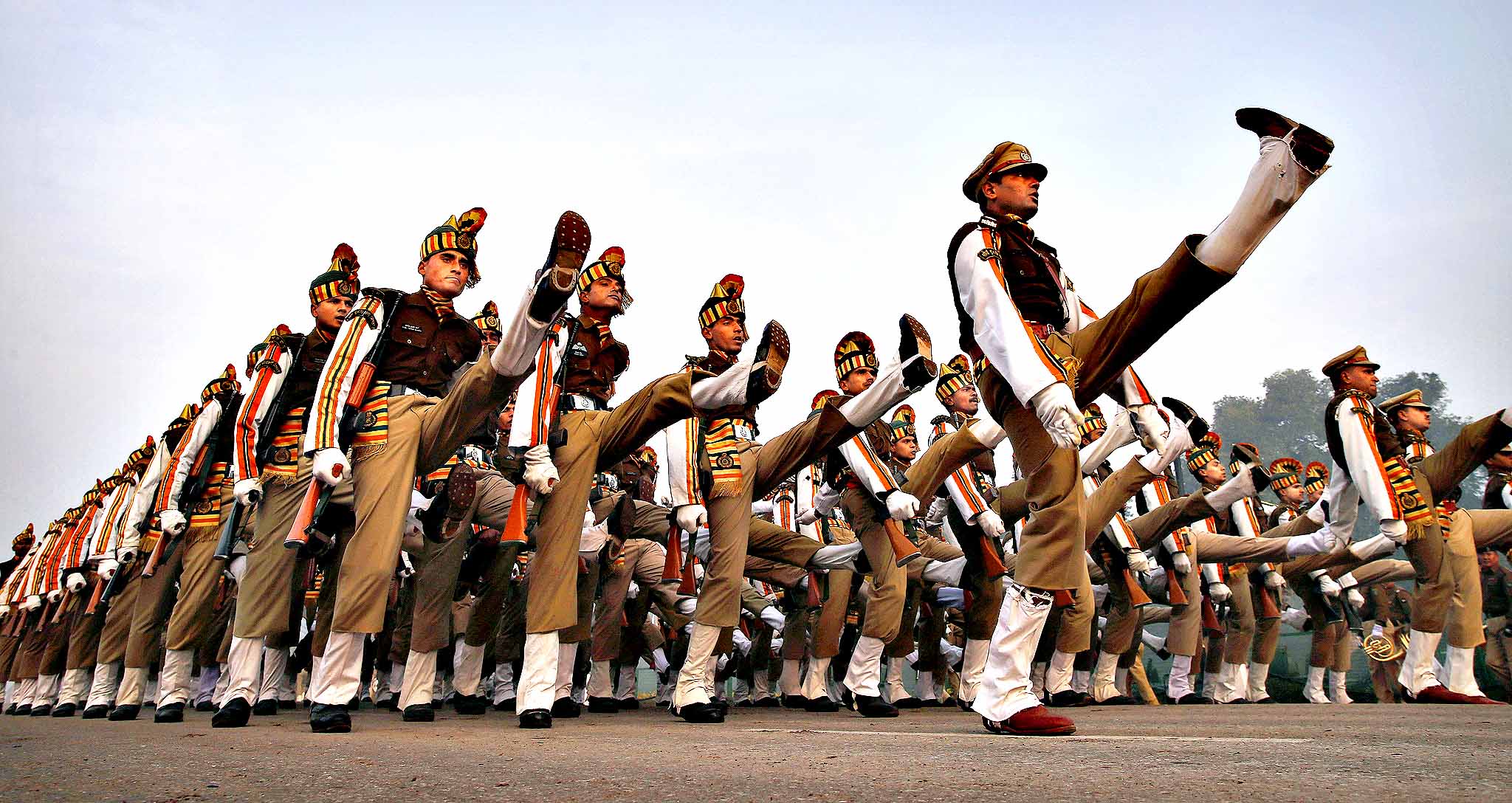 Bijay (Bijayananda) Biswaal is a railway ticket inspector and self-taught artist, whose railway paintings have brought him national acclaim. Although he has exhibited his works for many years at national and international exhibitions, a sudden interest in his work was generated when Prime Minister Narendra Modi mentioned Biswaal on his radio show in 2015.

Biswaal was born in Odisha in 1964. As a small child he doodled with charcoal reclaimed from the kitchen chullah (stove), and used his school chalk and pens to sketch. He studied political science and then took a government job with the Railways. This offered him the opportunity to travel and explore railway life, which inspired him to depict them in his works. 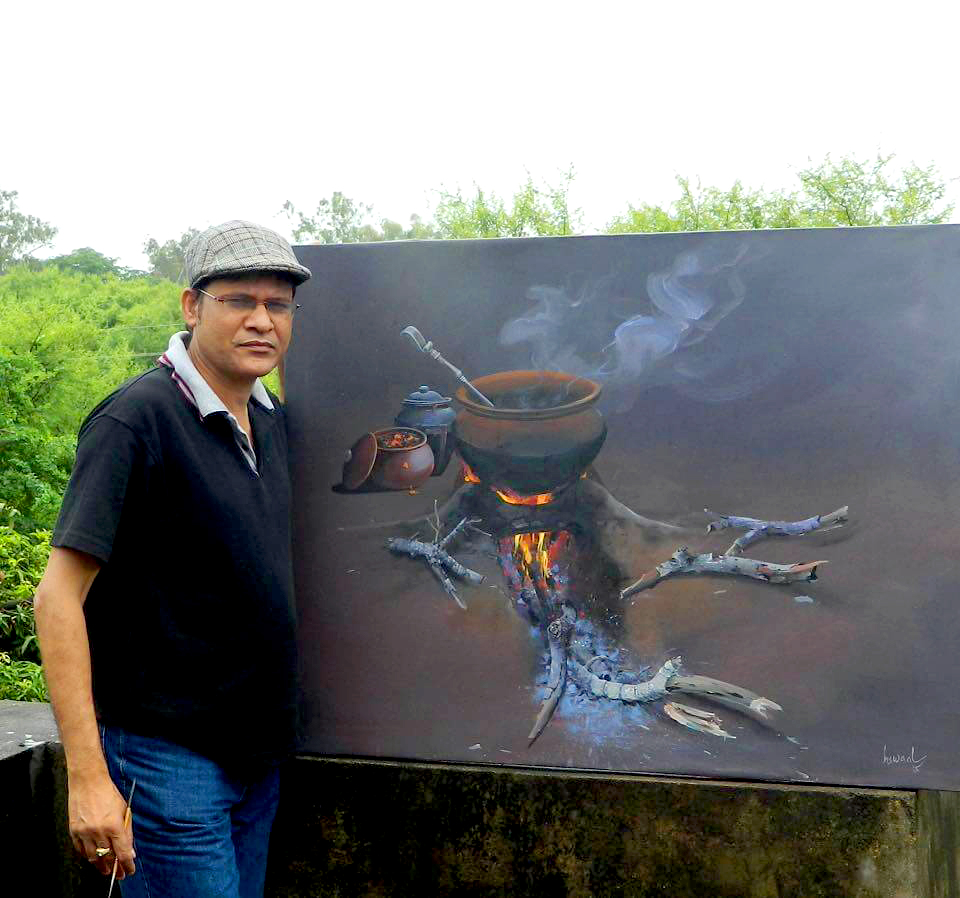 Biswaal works in many kinds of media: watercolour, acrylic and oil. He paints village scenes and views of urban architecture but it is his fascination with India’s railway stations and locomotives that really stands out, colourful paintings of busy, often rain-soaked platforms peopled with bustling commuters and travellers weighed down by luggage. He captures the heritage, cultural diversity and modernity of India alongside the precise detail of metalwork, valves and gears, fittings, rivets and bolts, and the gritty urban landscape of railway lines and overhead cables.

Biswaal met the Prime Minister at a display of his work at the Rail Vikas Shibir, a three-day planning meeting held by Indian Railways in Delhi in 2016. Earlier this year, he took early retirement from the Railways to pursue his passion full time. 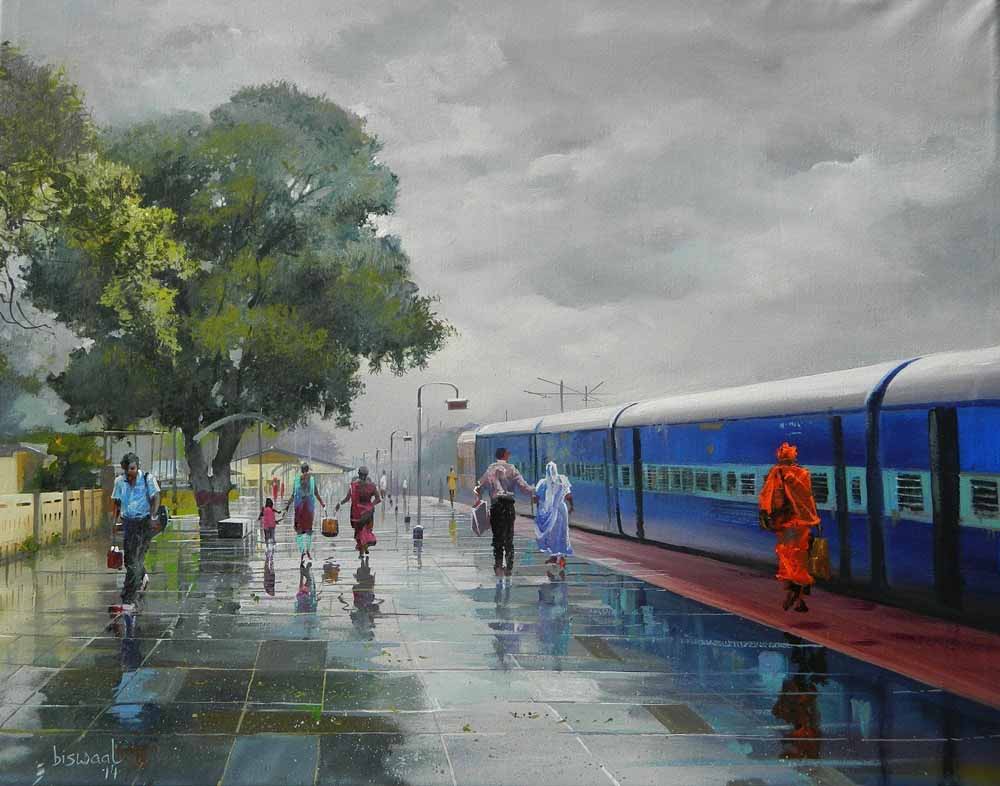