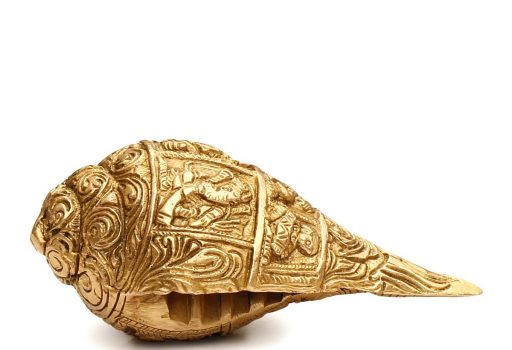 Modern scientists from all over the world believe that sound and the beginning of creation are somehow linked, says
Susan Philip

Sound is intrinsic to Indian culture. Apart from the high decibels of daily life that stun most expatriates on their first visit to the country, specific sounds – or rather, frequencies – are crucial to the philosophy that governs Indian traditions. The most important, and well-known, is the syllable ‘Om’. Also of importance are the sounds of the conch and the bell in worship and other rituals. If properly used, both the conch and the bell can generate the same vibrations as ‘Om’. 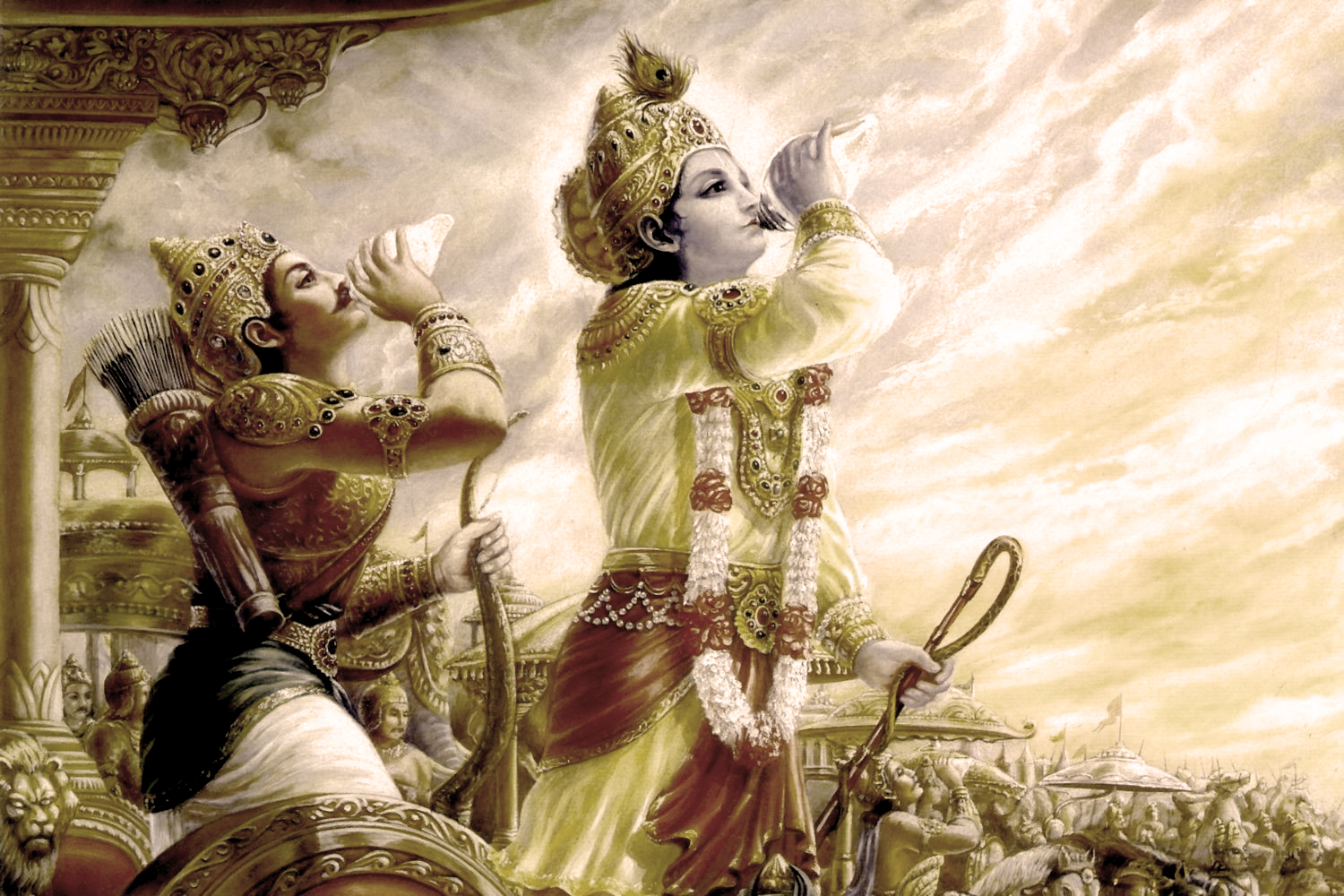 ‘Om’, which can be said to be a portmanteau of three sounds – ‘ah’ ‘oh’ and ‘mm’ – was considered by the sages of old to be the sound that initiated creation. Similarly, the blowing of conches and the ringing of bells set off vibrations which affect ambient energy. Certain vibrations are believed to dispel negative energy, and others to attract positive energy.

Conches are blown at the start of important religious ceremonies, and, in olden days, before the start of battle. And, as for bells, there are many types of them, but they can be broadly divided into the big and the small. The small ones are used while performing pujas in the house, while the larger ones are found in temples. They can be rung in different, significant ways, too. The sound of a bell rung before worship helps empty the devotee’s mind of chaotic thoughts, and, therefore, aids focus on the divine. On a more down-to-earth level, temple bells are usually rung by devotees as they enter the sacred space, in much the same way as one would press a calling bell to seek the attention of the residents of a home.

Also, the sounding of the conch and the ringing of bells during rituals help drown out other sounds which could distract the devotee from worship. So it works on two fronts.

Although the conch and the bell are universally used for ritualistic worship in the Hindu system, Lord Krishna, one of the most beloved avatars of Lord Vishnu, is specially associated with both. As the charioteer of Arjuna, one of the Pandava Princes in the epic war described in the Mahabharata, it was Krishna who sounded the conch to signal the start of the defining battle.

And, as a child, so the story goes, the women of Mathura, tired of the boy Krishna helping himself to their stores of butter, tied bells to the containers to alert them when he tried to raid them. Krishna made a deal with the bells to remain silent, but the bells rang out anyway. When he berated them, they merely said that, from then on, devotees would not be able to worship him without ringing a bell.

Another oft-told story about the boy Krishna is about how he protected the people of Mathura from the wrath of Indra, one of the lesser gods in the Hindu pantheon, by lifting up an entire mountain so that the people could shelter under it from the storms unleashed by Indra. When Indra realised that Krishna was an avatar of Lord Vishnu, he came down from his celestial kingdom, and, taking one of the bells which adorned his mount, the elephant Airavat, filled it with holy water, and poured it on Krishna in worship. The bell thus holds a special place in the worship of Lord Krishna. 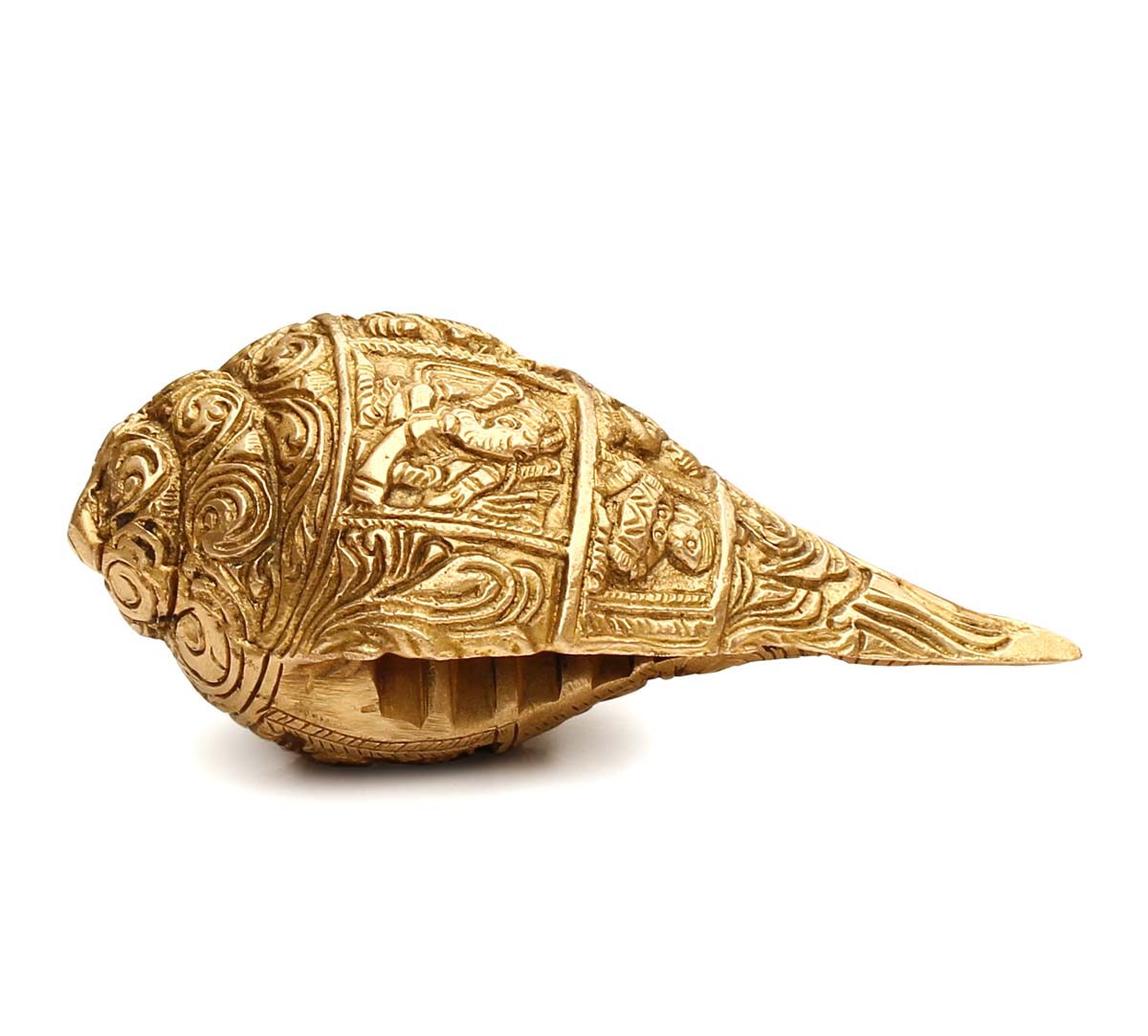 “If you want to find the secrets of the universe, think in terms of energy, frequency and vibration,” said Nikola Tesla, a Serbian-American who was a physicist, among many other things.

Modern scientists from all over the world believe that sound and the beginning of creation are somehow linked. The Big Bang theory is an example of the concept. So is the ‘M Theory,’ a version of the Superstring Theory of the Universe that physicists are excited about.

(I ring this bell indicating the invocation of divinity,

So that virtuous and noble forces enter (my home and heart);

and the demonic and evil forces

from within and without, depart.)

Sound is an important component of worship in all religions. Singing, chanting and the playing of musical instruments are common to all religions, and these elements are incorporated into worship because they are believed to be pleasing to the Divine. Put another way, the principle is that the Divine Spirit will be happy to be present where sounds pleasing to Him are generated.

Many world religious philosophies also attribute to sound a quality or power that can be explained only in complex terms. Some leave them as profound statements; others choose to convey the sense through simple stories.  Here are some samples:

Long ago, there was no land at all, only the ocean. But there was a God named Lowa, who came down and made a magical sound, “Mmmmmmmmmmmmmmmmmm,” and all the islands were created. – A native story from the Marshall Islands in the South Pacific

All was in suspense, calm, motionless, silent and still. The sky was empty… Then came the word of Tepu and Gucamatz, the Forefathers, who were in the waters surrounded by the light, hidden under green and blue feathers. They were great sages…They created the Earth. ‘Earth!’ they said, and instantly, it was made. – A creation story from the Mayan Civilization of Central America

The essence of man is speech;

The essence of speech is sacred language;

The essence of sacred language is word and sound;

The essence of word and sound is Om.