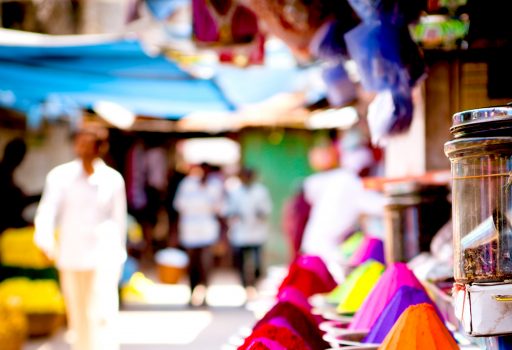 India is a land of vibrant colour. The sheer variety of the palette is eye-popping for the first-time visitor to the country. But there is more to it than meets the eye, literally. Colours in India are deeply symbolic. They usually have a religious significance, and particular hues are chosen not merely because they suit a person but because they tie in with a specific occasion. 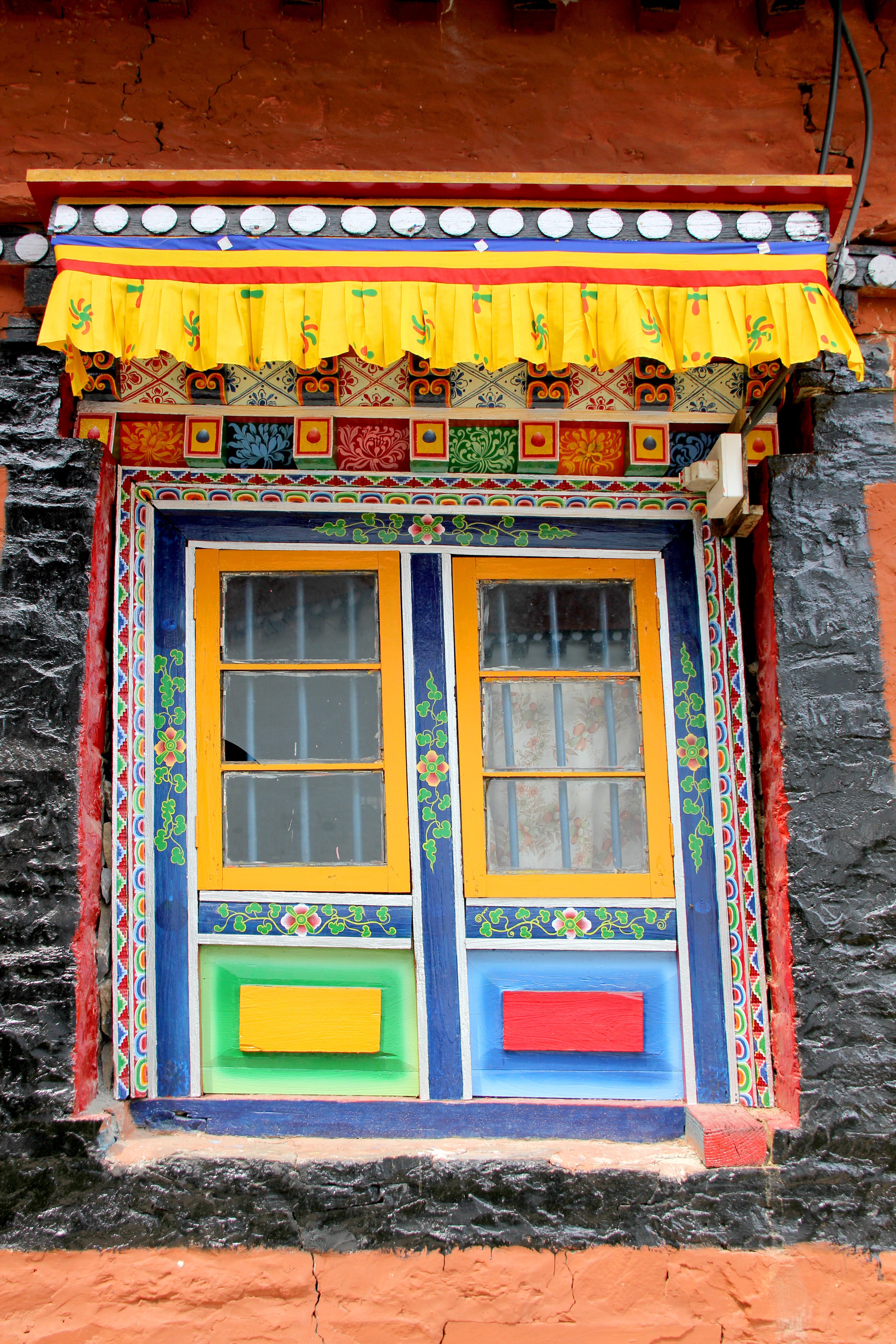 Let us take a look at three basic colours and their significance to begin with – red, yellow and black. At one level, all three are colours of spices almost synonymous with India – the fiery chilli, the healing turmeric and the pungent pepper.

Red is a very complex colour in the Indian context. It is at once the colour of power and sensuality, and of purity and fertility. On the one hand, it is associated with the Goddess Durga, depicted as a fearsome force that destroys evil, her outthrust tongue stained red by the blood of the demons (symbolically, negative emotions such as fear, anger and jealousy) she has destroyed. On the other, red is the auspicious colour worn by Hindu brides; and, later, kumkum, the red powder that is applied along the parting of a Hindu woman’s hair signifies her married status.

In India, yellow stands for knowledge and joy, and also for holiness. Indra, one of the Gods of the Hindu pantheon, is said to have woven the rays of the sun to make a garment for himself. Krishna and Ganesha, two of the most beloved deities, are usually depicted dressed in yellow. Turmeric is associated with prosperity and fertility, and by extension the colour is important in Hindu rites.

Turmeric yellow and kumkum red are auspicious colours, used on invitation cards for Hindu weddings and other ceremonies. Black, on the other hand, is never worn at weddings. It is also a colour commonly avoided in logos and other symbols as it is believed to bring ill-luck. 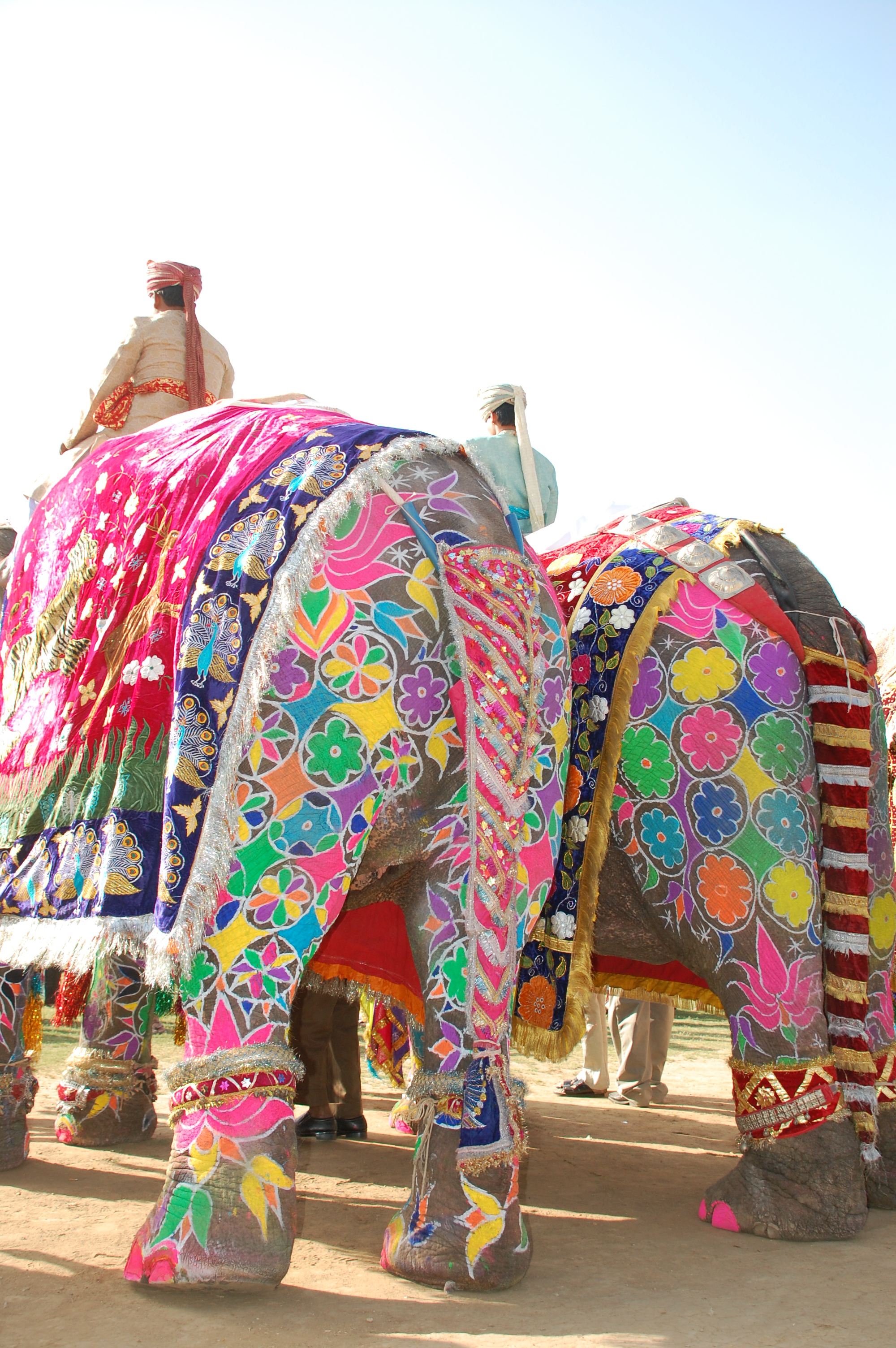 Lord Ayyappa is the presiding deity of the Sabarimala temple in the southern Indian state of Kerala. The temple attracts one of the largest pilgrimages in the country. Every year, millions of people make the trek to the hilltop shrine. The pilgrims wear black. The colour symbolises the control Lord Ayyappa wields over Shani. The story goes that Lord Ayyappa made a deal with the malevolent planet – if his devotees observe a vow for 41 days of letting their hair and nails grow long, going barefoot, eschewing intoxicants and intercourse, eating only a lacto-vegetarian diet and wearing only black clothes, and undertake the arduous journey up the thickly forested hills to worship him at his temple, Shani would free them from his seven-year negative hold over them.

Colour has been used as a tool for many centuries in many cultures. Modern scientific research bears out some of the premises on which such practices were based. For instance, red has been shown to be a stimulant (that is why most restaurant decor is predominantly red). Probably the wisdom of the ancients zeroed in on that colour to symbolise energy and passion because both these states produce a rush of blood in the body, leaving it flushed. Similarly, yellow, with its association with sunlight, is seen as a positive, healthy shade. On the other hand, black, as a colour or, rather, an absence of colour, is known to promote a somber mood.

Which looks like a channel … and … imprisons your vermillion,

Protect us and give us peace.”

Colours have different meanings for different cultures. Red is a divine colour in Buddhism, and is widely used in religious contexts in China and Japan. It is also used as a ‘Good Luck’ colour in many Eastern systems of belief. On the other hand, politically, the colour connotes communism. In a secular sense, it stands for danger. Universally, the red traffic light says ‘Stop’.

Yellow in South Africa is associated with gold, and so stands for wealth and success. For the Japanese too it signifies wealth and courage, while in Thailand it is a specially lucky colour. But in France it is not a happy hue. It stands for jealousy. And, centuries ago, the doors of the homes of traitors and criminals in France were painted yellow. On a religious level, it signifies stability in Buddhism.

Black is a negative colour in most cultures, standing for evil, negative energy and bad luck. In the West, it connotes mourning, while, socially, it is used for formal occasions. In China, however, it is associated with Yin, the feminine side of everything. 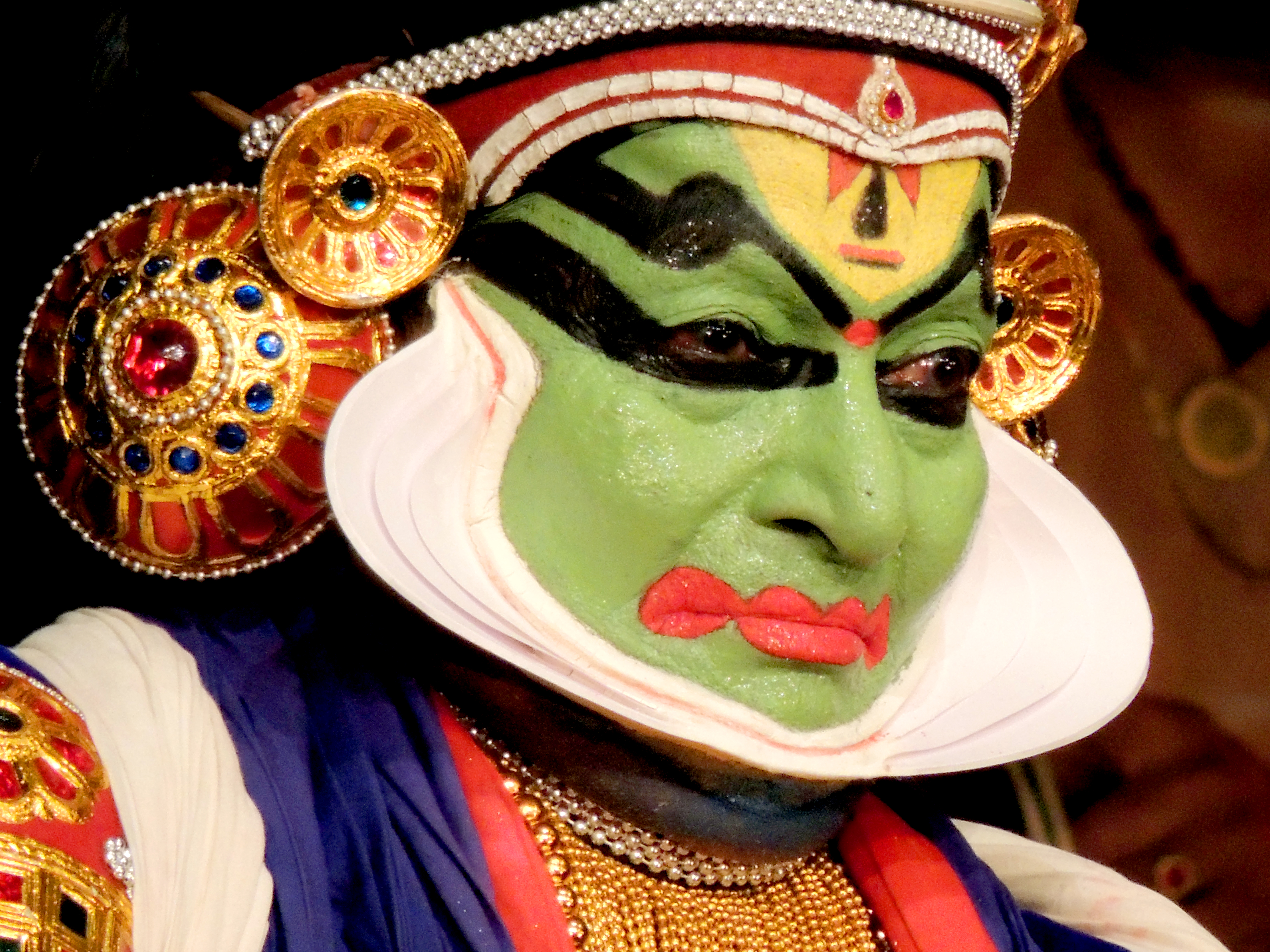 (The Sun is red as he rises, he is red even as he sets. Similarly, great minds will be composed in happiness as well as in sadness.)