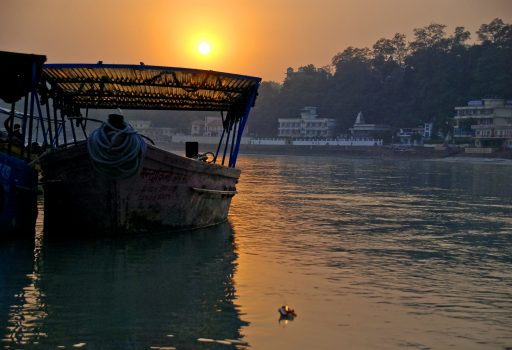 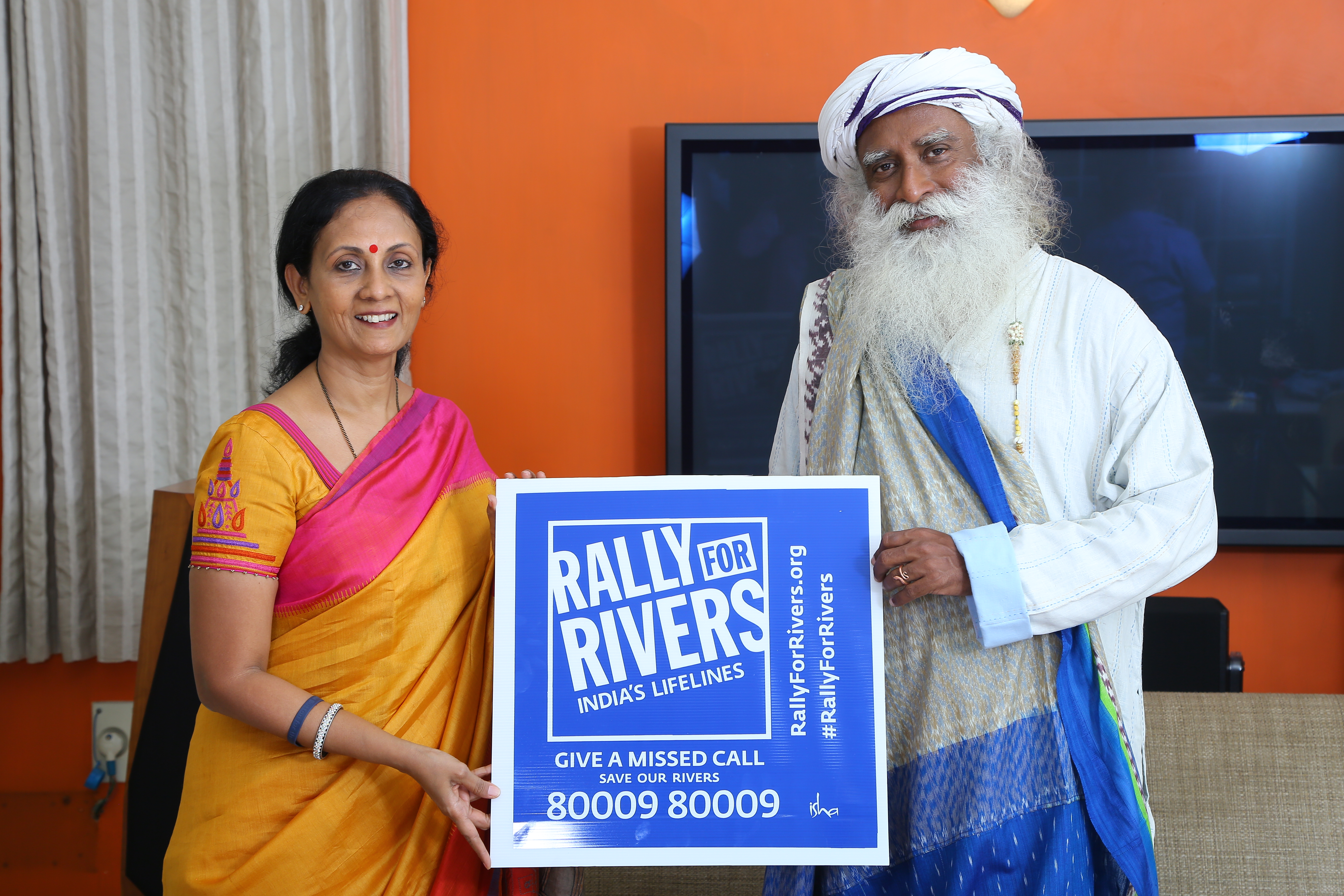 Excerpts from an exclusive interview conducted by Culturama’s Editor-in-Chief Ranjini Manian, where Sadhguru Jaggi Vasudev talks about his Rally for Rivers, raising awareness about it and the role women can play in sustainability…

We can see parallels between the River Rally and Mahatma Gandhi’s salt satyagraha. What specific role do you see our women being able to play in this?

Salt satyagraha was against someone. It was more a protest against whatever British laws were there. When someone else creates problems for us, we can fight them. But when we are the source of the problem, who are we going to fight? Fighting, protest or agitation is not what is needed. This is on one level an awareness campaign and on another level a push for a mandatory, enforceable policy on how we should treat our soil and our waters. In the past 60 to 70 years, the way we have exploited our resources and the pressures of population have led to a situation where, the amount of water, per capita, compared to what we had in 1947, we have only 21% of that today. By 2025 we will have only 7% of that. Farmers are killing themselves, and our soil’s macronutrient levels are going down drastically. We have prepared a policy recommendation document in consultation with scientists over the past four years. Since states take the final call on what happens to rivers, their efforts are needed, which is why I am driving through various states to raise awareness. All the Chief Ministers are participating in these events – from Kanyakumari to the Himalayan foothills. I am on the road for 32 days.

Apart from this, we are also going to have skill enhancement programmes for farmers. They are, after all, the ones who live next to the rivers. Research has shown that shifting from paddy to fruit cultivation enhances farmers’ income by seven to eight times. This shift needs skills; we are going to teach them how to create a mango graft, for instance, or any fruit graft to grow trees. In this aspect, women are the best! It is a gentle, careful activity and women can do it much more easily. 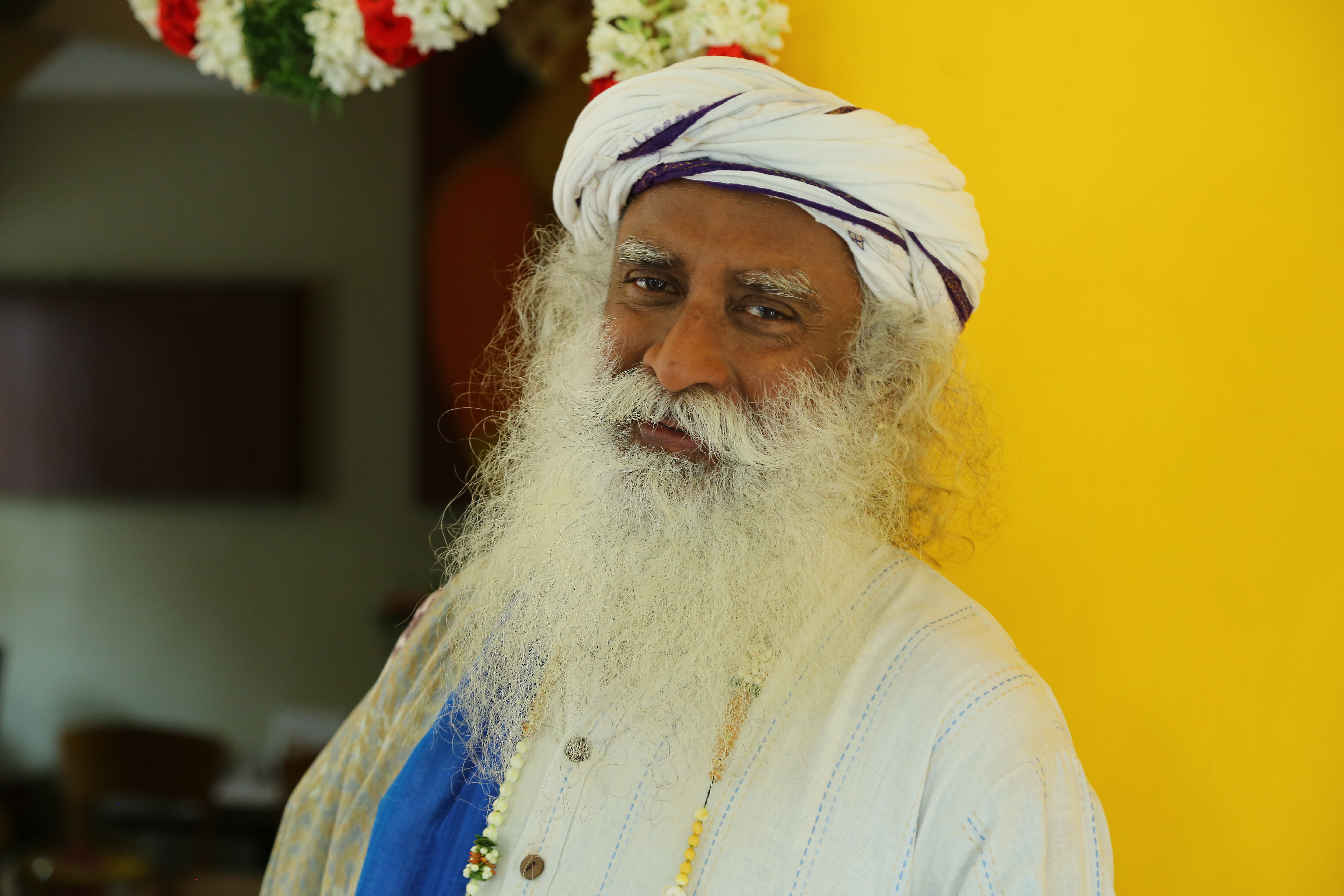 Hinduism and rivers are so beautifully connected. When we are supposed to respect and consider them holy, why then are we unable to take good care of them?

There are many aspects to this. Essentially, poverty and population pressure; besides, nobody has time to attend to those things. We launched a programme a year and a half ago, and the Madhya Pradesh government made it huge – it is called Namami Narmada. There is a huge sentiment about Narmada in Madhya Pradesh. People do parikrama around the river, which is 1,300 km. They used that emotion to galvanise many things. But that is not going to work everywhere. Emotion is not good enough to save a river. We need a law, an enforceable law.

How can MNCs help the River Rally?

They must help raise awareness among their employees. There is also much to be done in the cities in which they are operating, in terms of raising awareness, as well as in the rural areas. If they consult us, we can tell them what they can do.

On September 1, we will have thousands and thousands of people standing with placards, between 8 am and 11 am, across the country. Everybody can wear a badge in the factory and they can go around with that. Your vehicles can have Rally for Rivers stickers. The idea is that nobody in the country should misunderstand this. Everybody should know we are in a dire situation when it comes to water. Three corporations (two public and one private) have come forward to adopt rivers. Adoption of rivers is for a minimum of 8 to 10 years. We will rejuvenate rivers in 2018 after the completion of the rally and they can take this up as a CSR commitment.

How do we rally support for good causes, the way you have?

You must become a living example, otherwise who will rally with you? They must know that you have stuck your neck out for everything. If you want to be in a safe place and you want to put others in the street, it is not going to work.

Rivers have always been the bedrock of our civilisation and the lifelines of India. But in just one generation, most of our rivers have suffered dangerous levels of depletion. For a nation with 1.3 billion people, we cannot turn a blind eye to this grave crisis of our times. 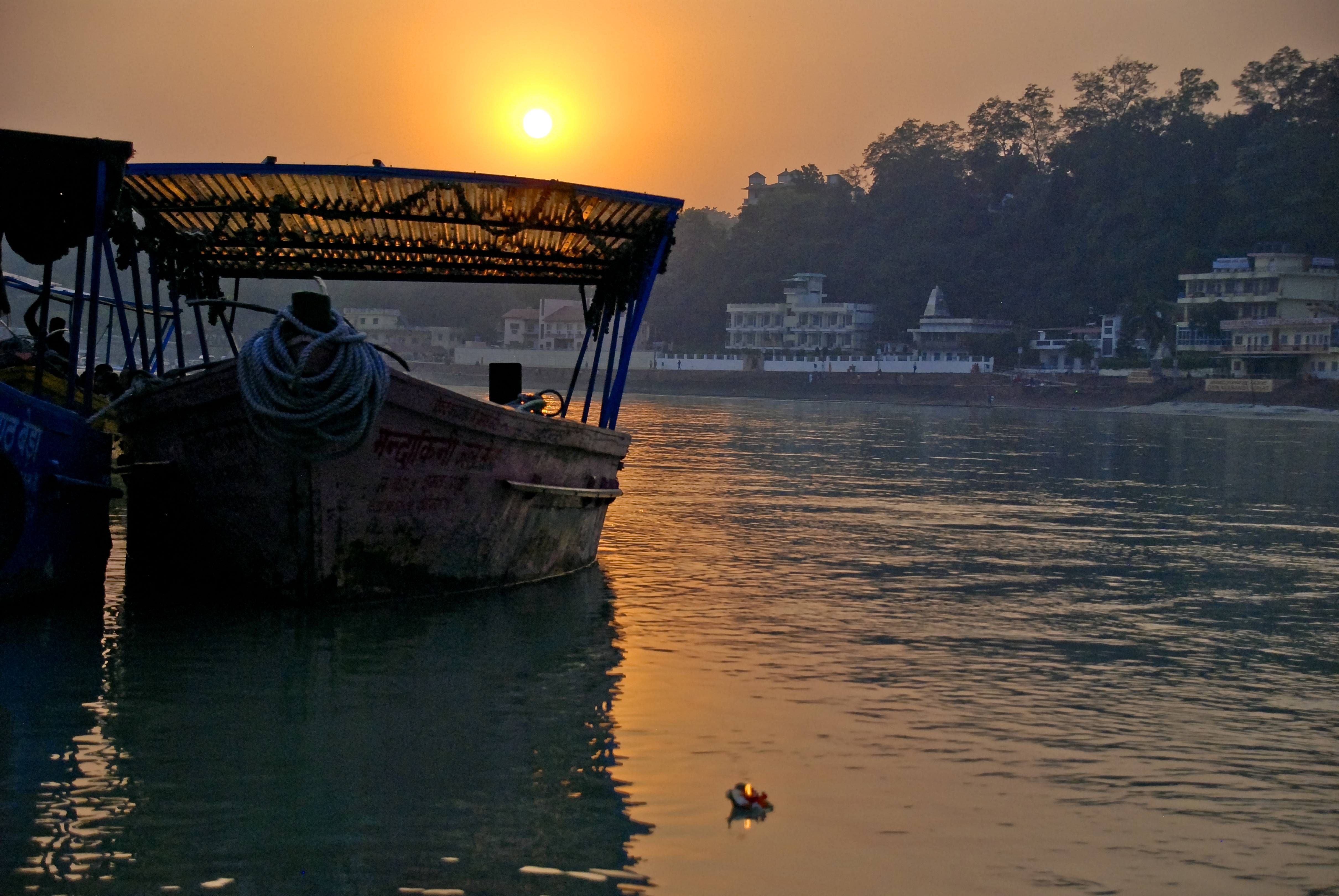 India has essentially grown along the banks of major rivers. Our ancient civilisations were born along the waters, and they perished when the rivers shifted course. This is a culture that never saw rivers and water as a commodity. We realised that this was a fundamental building block of life.

For many millennia, we maintained the sanctity of this relationship. But in the past few decades, due to the pressures of population and development, our perennial rivers have become seasonal. Many of the smaller rivers have already vanished. The Ganga and Indus are two of the world’s most endangered rivers, according to the World Wide Fund for Nature (WWF). The Narmada, Krishna and Kaveri do not reach the sea four months of the year. Water levels in almost every major river have declined severely.

Our well-being and the nation’s well-being are intimately connected to the well-being of our rivers. If we do not act now to reverse the serious decline of these lifelines, the next generation will pay a very heavy price. 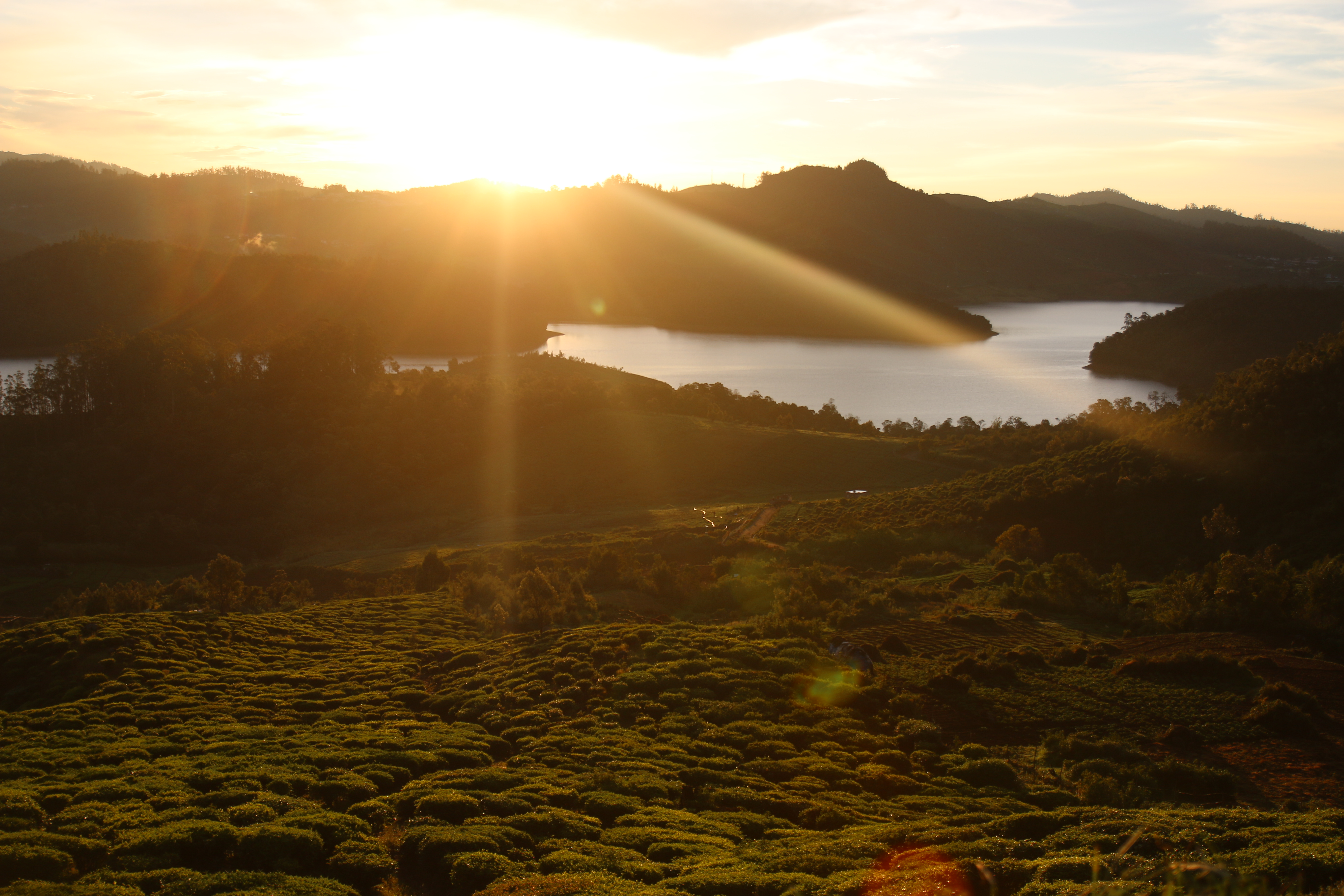 In every state, perennial rivers are either becoming seasonal or totally going dry. In Kerala – the Bharatapuzha; in Karnataka – the Kabini; in Tamil Nadu – the Kaveri, Palar and Vaigai; in Odisha – the Musal; in Madhya Pradesh – the Kshipra. Many smaller rivers have already vanished.

Most major rivers are the subject of interstate water disputes.

How This Affects You

Isha Foundation is proposing a comprehensive river rejuvenation plan to reverse this decline and revive our rivers. 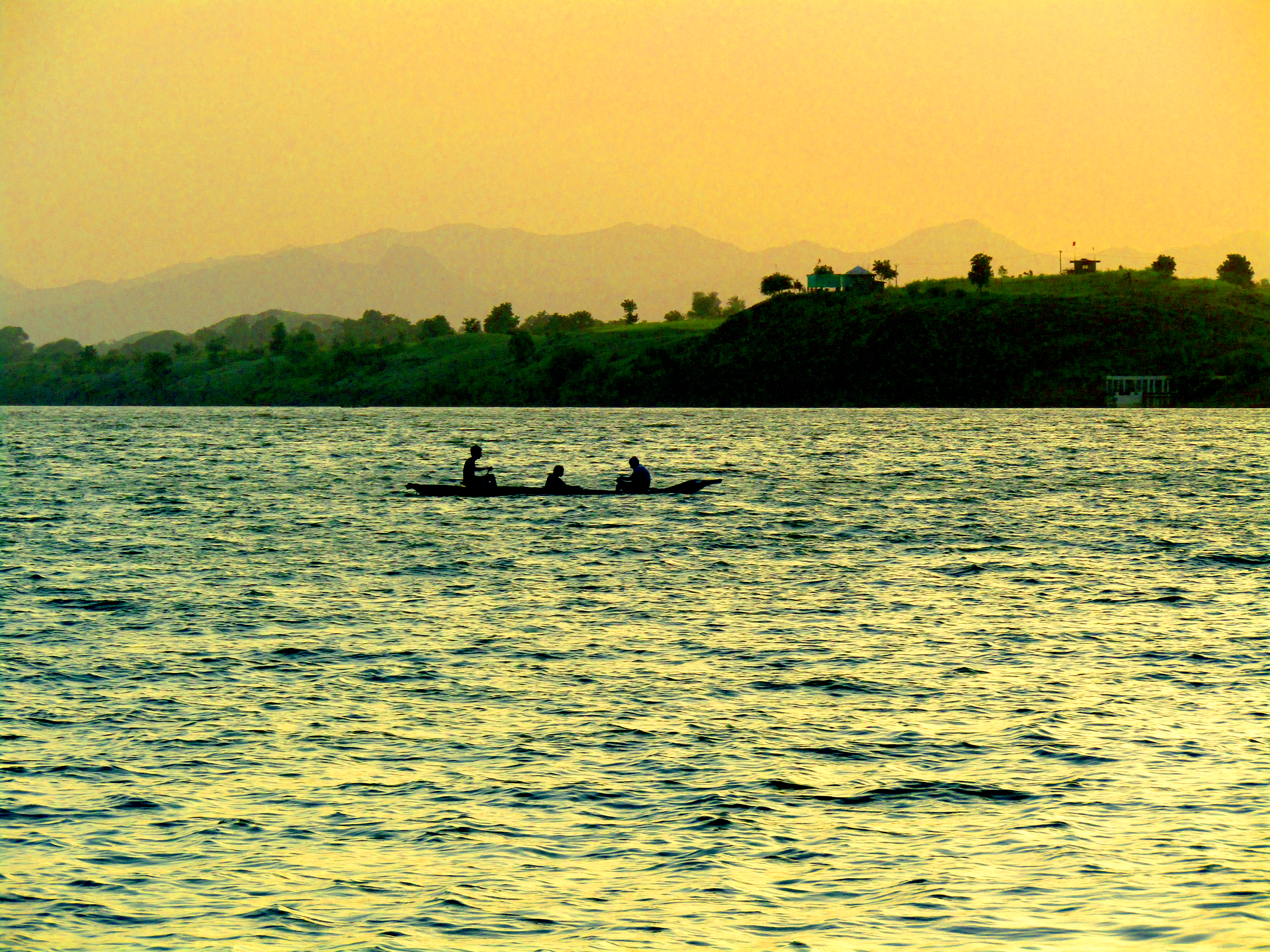 Most solutions offered so far only talk about how to exploit our diminishing water supply. But what is needed is a comprehensive plan that will ensure rivers flow throughout the year.

With over a decade of experience in matters related to the environment and sustainability, Isha Foundation offers a core solution to stabilise and revitalise our rivers.

It involves creating and maintaining tree cover for a minimum of one kilometre on either side of the entire river length and half a kilometre for tributaries. The benefits of tree planting have been indisputably demonstrated by Project GreenHands, Isha’s award-winning initiative and one of Asia’s largest environmental movements.

Native forest trees would be planted in government-owned land along riverbanks. Organic fruit tree cultivation would be taken up on private farmers’ lands. This solution ensures that rivers are restored while also enhancing famers’ livelihood by more than doubling their income in five years. The availability of fruit also improves nutritional intake among people.

The time to act is now! Join the movement to save our rivers.

Join #RallyforRivers Movement to Save Our Rivers

To create awareness and momentum amongst all sections of society and the government, Isha Foundation is organising a “Rally for Rivers” awareness campaign in consultation and collaboration with the Ministry of Environment. 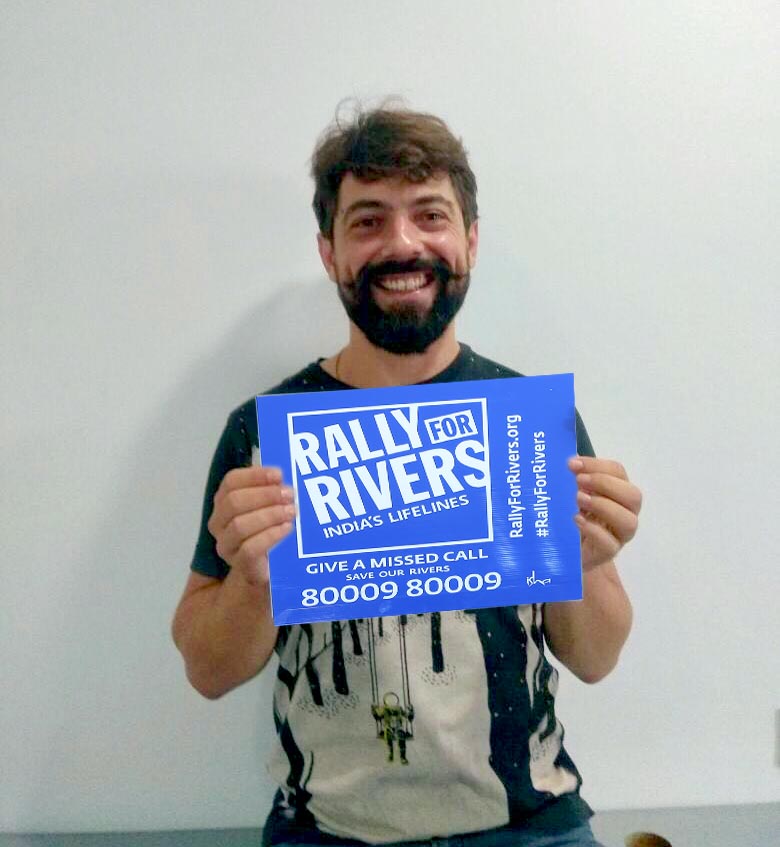 Conceived by Sadhguru, the rally will be flagged off from Isha Yoga Center, Coimbatore on September 3 and culminate in Delhi on October 2, covering 13 states and 21 major cities. Sadhguru will be driving this entire stretch of 6,560 km across India.

With leaders and celebrities actively participating in various legs of the journey, the city stops will generate local awareness by involving everyone from the young to the elderly, schools and universities, clubs and institutions, farmers, the government, NGOs and local citizens. Documentaries, music concerts and cultural performances including renowned artistes will ensure the event is not only informational but also celebratory and motivational in nature.