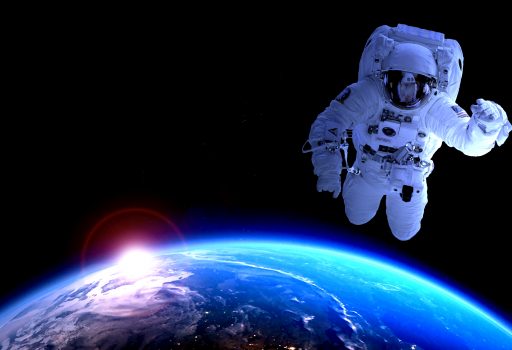 An exciting interview with cosmonaut Michail Kornieko, who is among the only two people from Earth to have spent over one year in space. By Jane Kataria 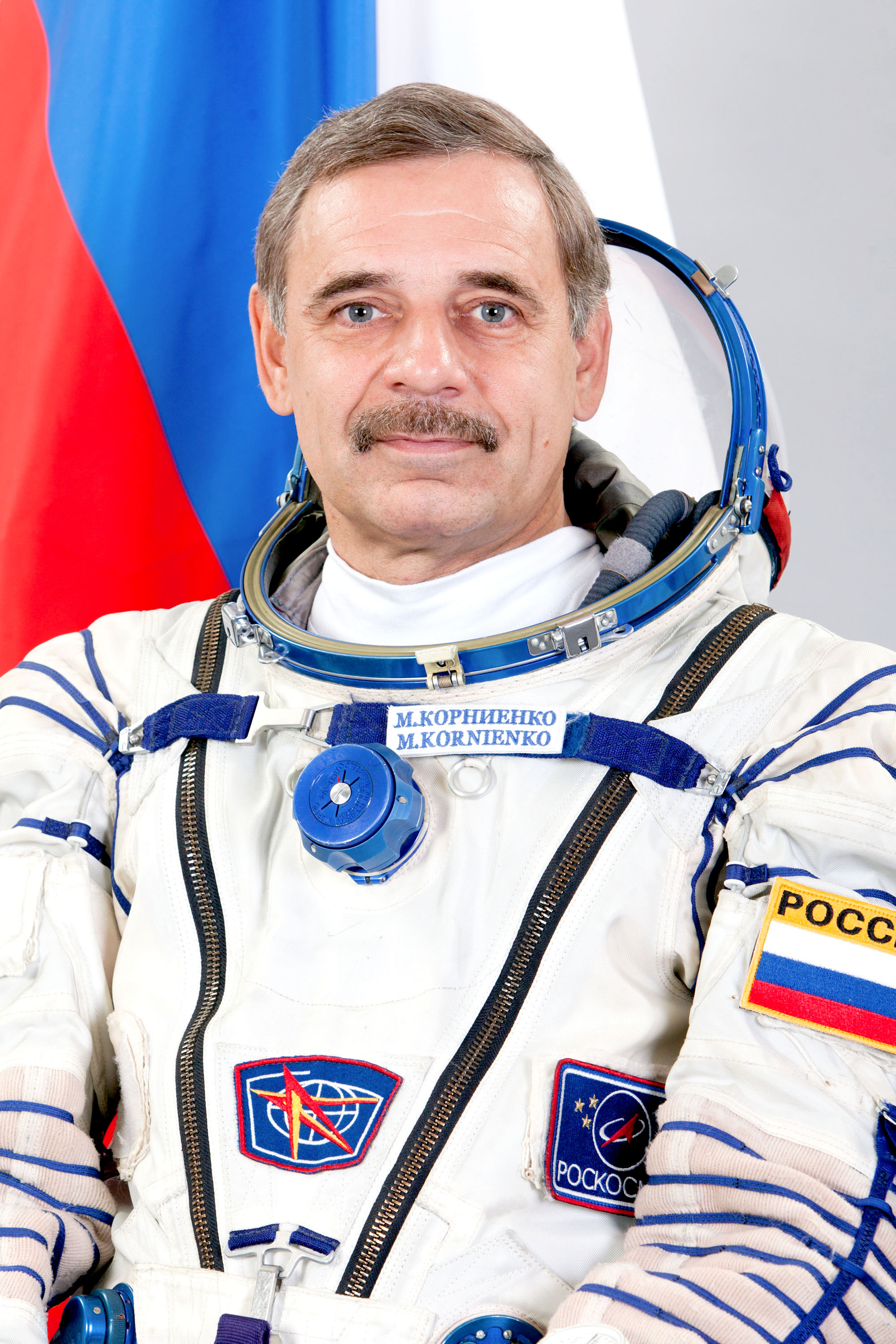 Who hasn’t dreamt of travelling in space? Those sci-fi movies sure do make it all look easy. Watching Star Wars makes one think space is accessible to all! While that may not be the case yet in reality, there are few people who have devoted their lives to bridging the gap between the boundless starry skies and the land on which we live. These people are called either cosmonauts or astronauts or taikonauts depending upon whether the spacecraft was launched by Russia, the United States or China, respectively. There are very few who have been launched into space from this Earth, and it was indeed my singular honour to meet Michail Kornienko, a Russian cosmonaut who has been bestowed with the highest title of Russia, the Gold Star of Russian Federation. He is not only a cosmonaut but also one of the only two people from Earth who has spent over one year in space.

Jane Kataria: Good afternoon Mr. Kornienko. Welcome to Chennai. How do you like India? Have you been to India before and what brings you here?

Michail Kornienko: Good afternoon. This is my first visit to India and to Chennai. I first visited Mumbai, then Kudankulam, the nuclear power plant built by Russia’s Rosatom, and now I am in Chennai. During my visit, I will be giving lectures in several universities, colleges and schools under Rosatom’s programme to popularise Russian science and technology.

JK: Talking about technology, how easy or difficult is it to reach the International Space Station?

MK: Technology is constantly improving and I must say that now it has become much easier to reach the International Space Station (ISS). It takes just six hours and the G-force that cosmonauts are subjected to has also reduced. For example, in 2010 it took us two days to travel to the space station and it wasn’t very good for our health to be in a confined space for two days, in a capsule; sleep and meal intake during that travel were not very comfortable. Now in six hours of takeoff we are at the station where cosmonauts prepare a good lunch for us when we arrive hungry. And we can change and even shave…

JK: What is a day like at the ISS?

MK: We have a very well-defined routine. Wake up, hygiene, treadmill and fitness, breakfast and then the work starts. We receive different tasks from Houston USA, Mission Control Center from Russia, and from Japan. We perform a lot of tests, conduct different experiments and collect all the data. 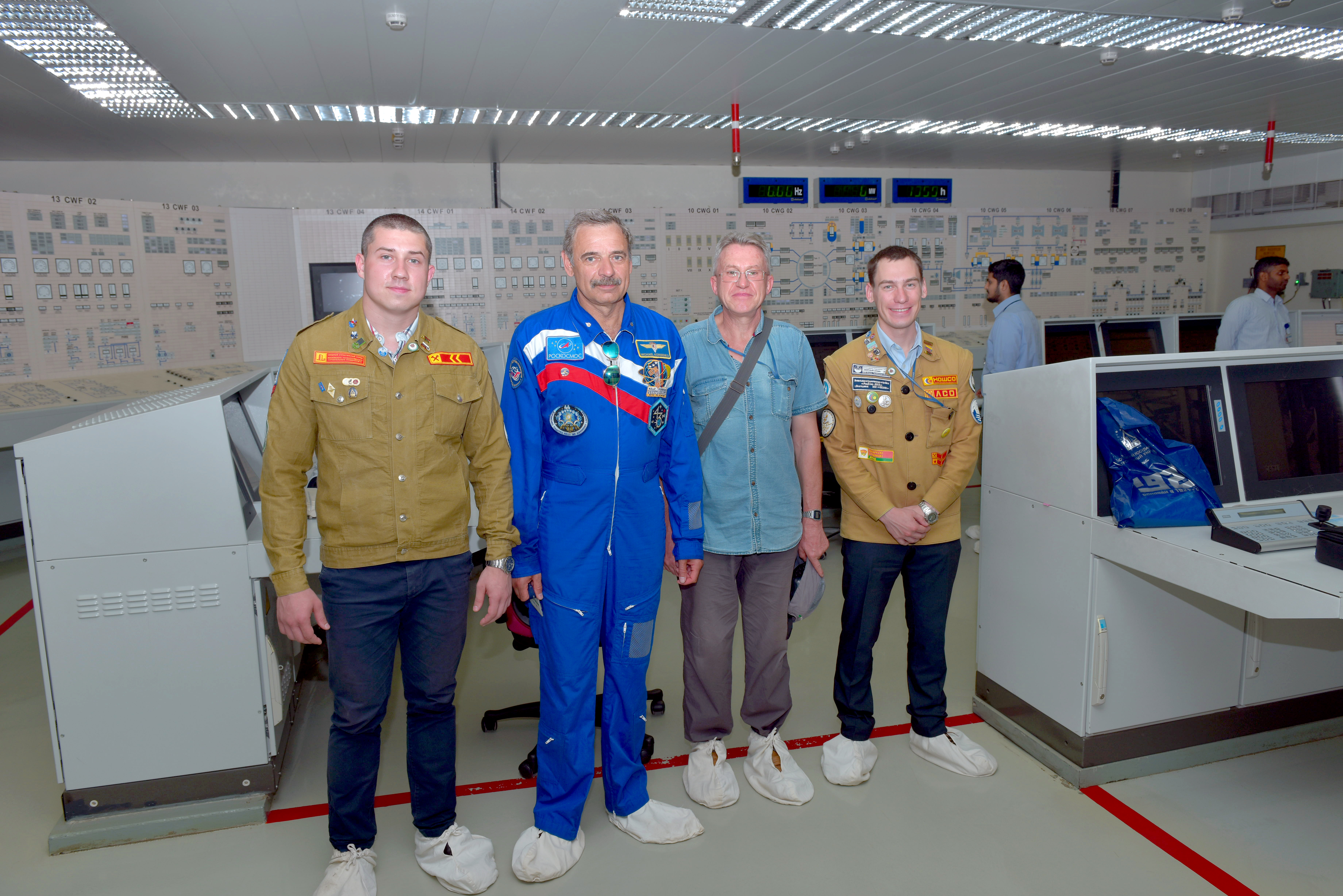 JK: How did you decide to become a cosmonaut? Was it your childhood dream like it is for many young boys?

MK: My father was a pilot working in a cosmonaut rescue-team. And I wanted to become a pilot as well. But I couldn’t pass all the medical requirements, so I served in the army and tried to become a cosmonaut.  And, yes, you can say my childhood dream came true.

JK- But how is it possible that you, at the age of 57 now, have such perfect health to pass all medical requirements for a cosmonaut? I have been an air hostess and I know that many pilots retire at the age of 45.

JK- Amazing! Congratulations! And what is the secret of your excellent physique and health?

MK: See, I am a military man. Discipline is the main key and, of course, no bad habits like smoking, drinking. Plus morning exercises. 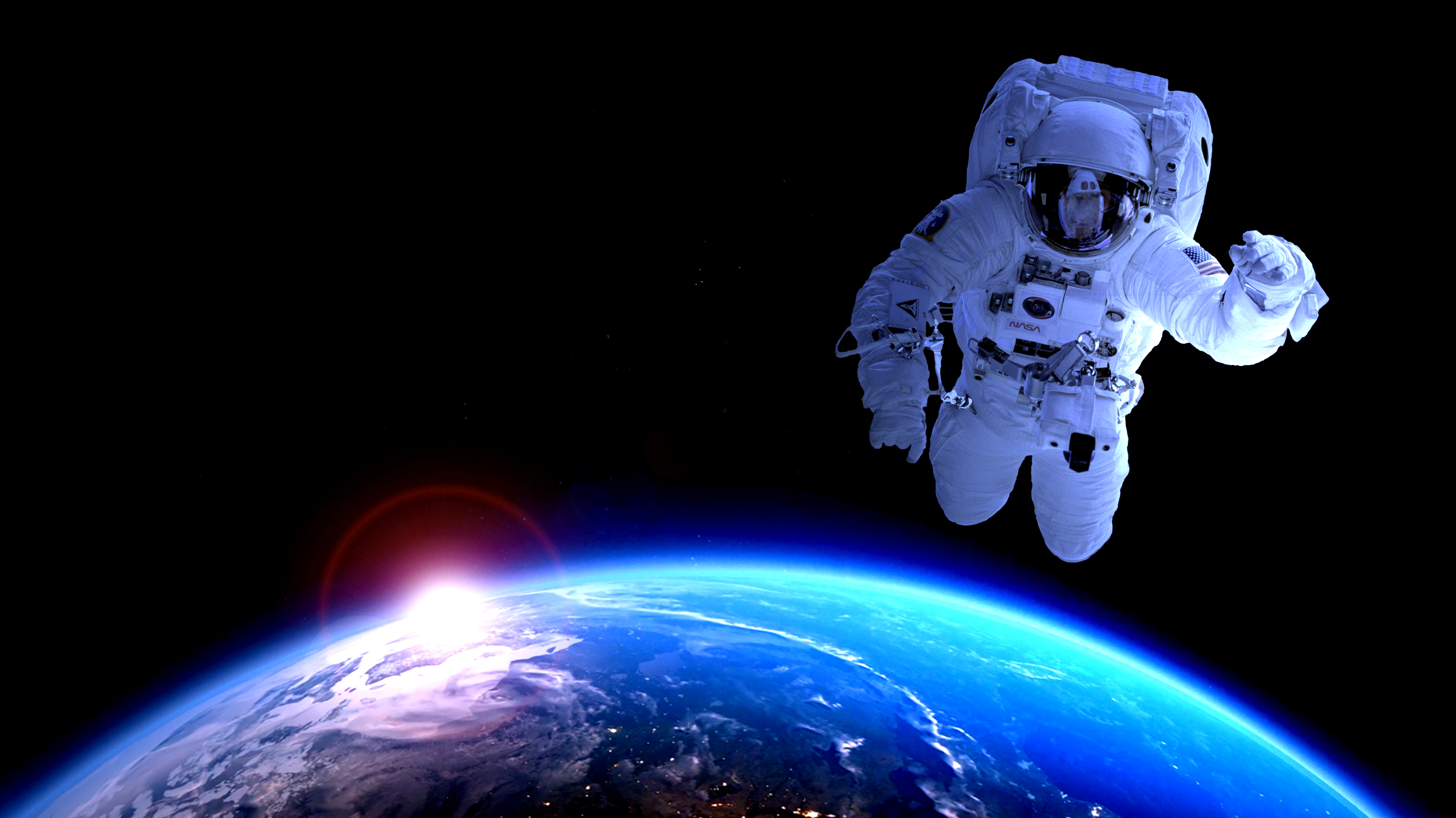 JK: Unbelievable most of us follow the same rules but I don’t think we can ever pass to be cosmonauts…. What are the requirements for space tourists; do they have to have to go through the same procedure?

MK: Space tourism is a commercial travel. All that you need is about $50 million or so and you are in. The tough physical screening of cosmonauts does not apply to space tourists.

JK: Well, probably because they go just as visitors?

MK: Exactly. They are like children in a museum who are not allowed to touch anything. Basically, the cosmonauts work in space, completing different tasks, while space tourists only visit. It is good if you can spend so much why not make your dream come true. Space tourists enjoy the breathtaking views of the Earth from the space station.

JK: You spent five-and-a-half hours in open space. What did you feel, how did you prepare, were you scared?

MK: Cosmonauts are not super humans; we also have fears. Moving in orbit without a roof above one’s head and witnessing more than 15 sunrises and sunsets in a day is challenging. It is hard both physically and emotionally. Wearing a space suit, we dive into the endless cosmos. It immediately becomes warm when the sun rises and cold when it sets. Space walking is an experience like none other. 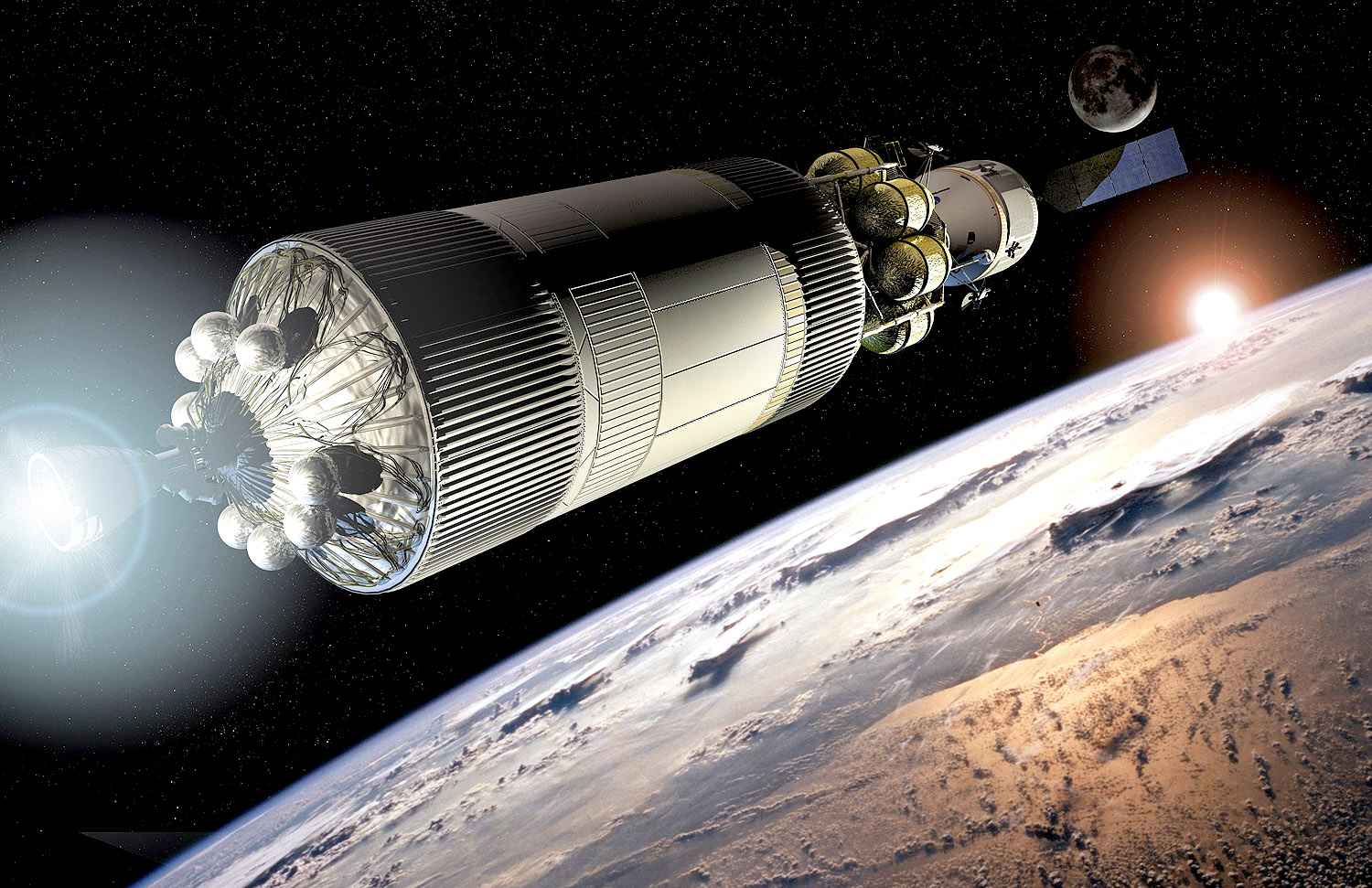 JK: What motivates a one-year stay at the space station?

MK: We have a mission to prepare humanity for long distance travel, like to Mars. I realise that the ability to do so is partially upon me. It is for a greater cause.

MK: We can order different things from Earth and we can even receive parcels from our families. We are always happy to receive fresh oranges, apples, onions and garlic because it is so rare aboard the space station. I requested for posters of nature and sounds of nature such as that of thunderstorm, rainfall, the rustling leaves, gurgling creeks, crushing waves, and chirping of birds. When my colleague Kelly Scott heard these sounds, he right away asked for a recording. Being away from Earth, we miss the beauty of mother Earth in its simplicity.

JK: And how does the Earth looks from space?

MK: Earth looks amazing from the orbit. In spite of having a carefully scripted and heavy workload, cosmonauts enjoy every glimpse of the mother Earth. It is mesmerising. Enchanting! I miss the picture-perfect views of the Mediterranean Sea holding within itself the harp-shaped Cyprus. There are no countries and no boundaries from space, it is one blue world. There is no other planet that we call home.