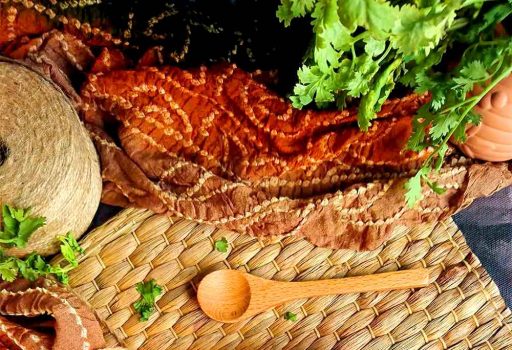 The word khichdi derives from the Sanskrit khiccā, a dish of rice and lentils. Mixed with spices and vegetables, khichdi is still a staple, comfort food across all regions of India; and as a meal that is high in protein, was often served to patients because it is easy to digest. It was the inspiration for the Anglo-Indian dish, kedgeree.
Colloquially, khichdi has become a common, versatile Hindi word that is used to mean a mixture or medley of things, usually when things are thrown together or a confused mess, anything from a hotchpotch to a chaotic jumble. An unpopular political alliance may be called a Khichdi Sarkar, and a frustrated driver might exclaim, ‘These road works mixed with monsoon have made a total khichdi of the road!’ 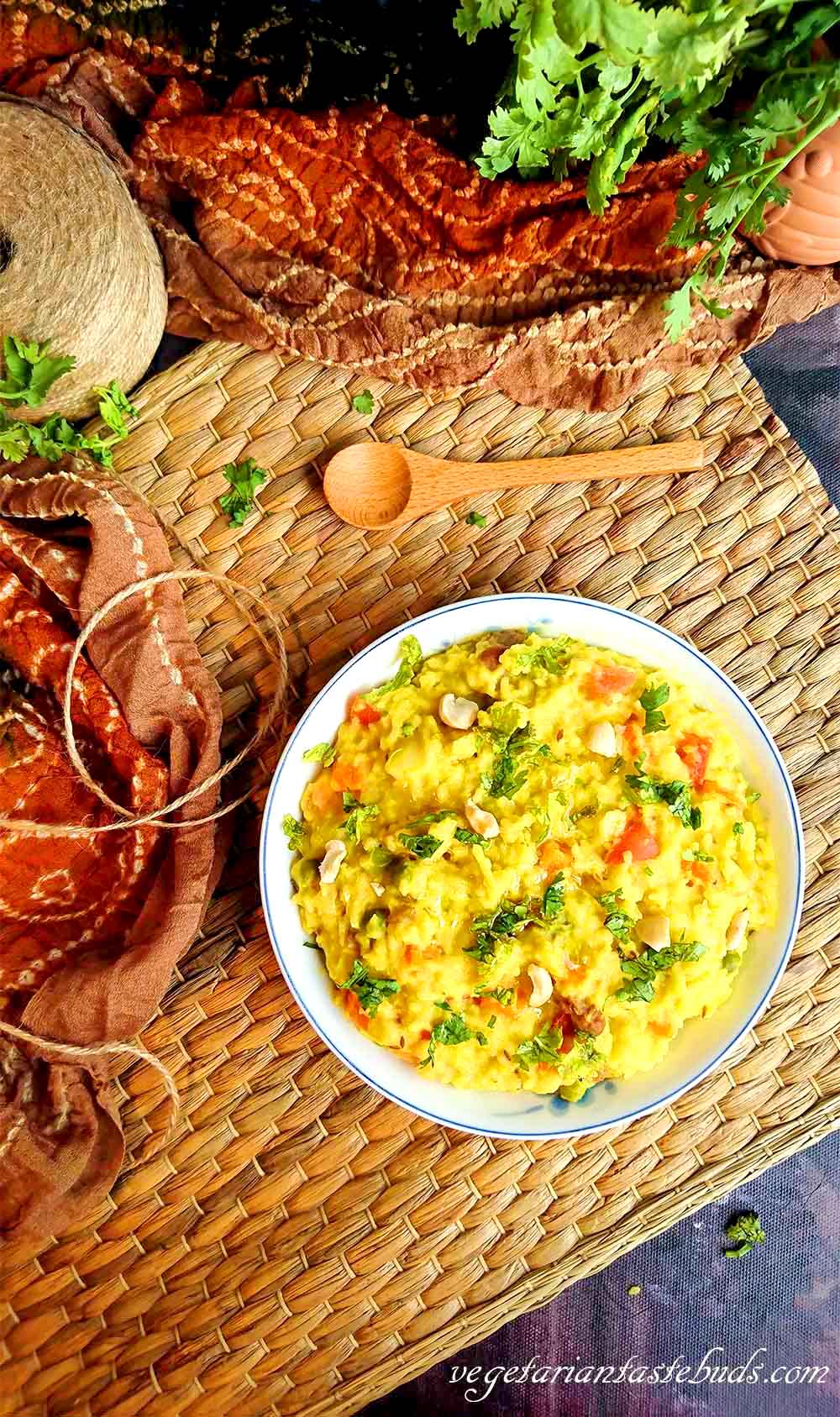 Luxurious textiles have been woven from pashm wool in the Kashmir Valley from as early as the 8th century BCE. Pashm is the fine, soft fleece from the undercoat of the wild Asian goat that lives at high altitude in the Himalayas. The name comes from the Persian language, but in Kashmiri translates to mean ‘soft gold’ whilst to Europeans it came to be known as ‘cashmere’. Pashmina (literally ‘made from wool’) shawls and stoles were prized for their warmth and natural lustre, and some were fine enough to pass through a woman’s ring. For thousands of years such textiles were worn exclusively by royalty, but production increased under the Mughals, and demand from European markets grew enormously during the 18th and 19th centuries.
Srinagar remains the main centre of production of pashmina shawls, and the entire process is still done by hand because of the fragile quality of the fibre. The goats are now commercially reared, and the wool they shed naturally during spring is collected by combing. The fine wool is separated from the coarser outer coat, spun into yarn, and woven using handlooms before being hand dyed. The finished product may be embroidered with intricate stitches called sozani, unique to the Kashmir Valley. 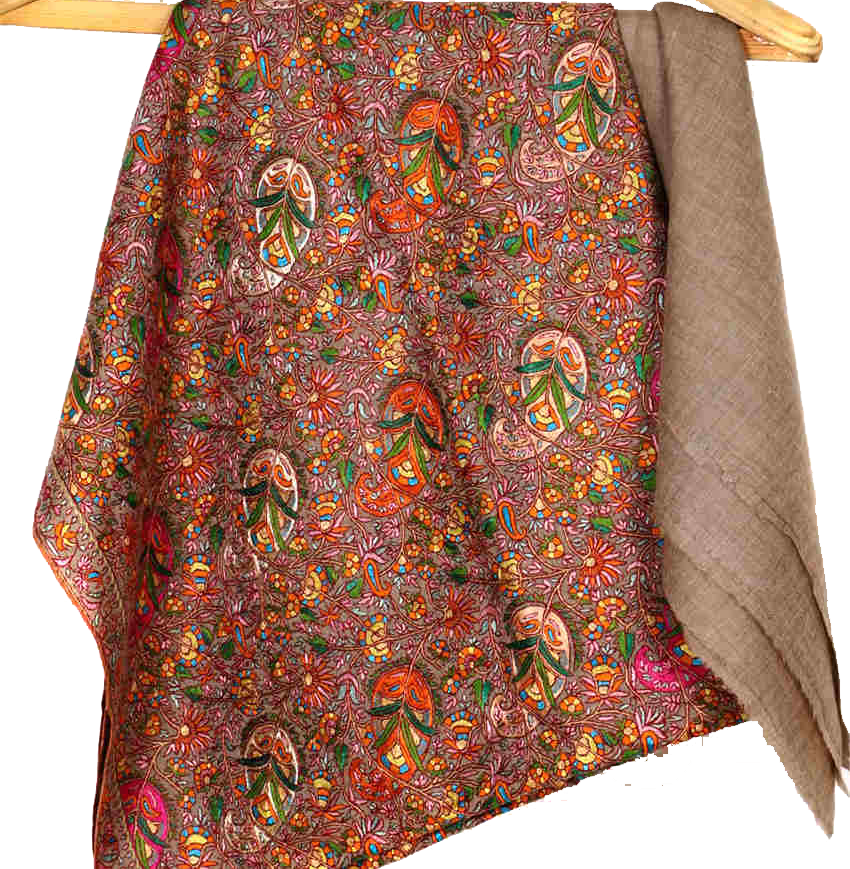 Pusarla Venkata Sindhu is a professional badminton player and the first Indian woman to win an Olympic silver medal.
Sindhu was born in 1994 in Hyderabad to parents who both played volleyball – her father won the bronze at the 1986 Asian Games. But from the moment she picked up a racket, aged only 8 and inspired by the success of India’s Pullela Gopichand at the prestigious All England Open Badminton Championships in 2001, Sindhu was passionate about playing badminton.
She learned the basics of the sport at an Indian Railways facility, and then joined Gopichand’s Badminton Academy. She was spotted as a potential star early in her career, and rose through the national junior ranks in both the singles and doubles categories in meteoric style. Sindhu made her international debut in 2010, representing India at the junior level in tournaments in Sri Lanka, Iran and Malaysia, and continued to win major titles at regular intervals. In 2012 aged 17, she beat the London 2012 gold medallist stunningly to make it to the semi-finals of the China Masters Super Series tournament, and followed that by being the first Indian female singles player to win a medal at the World Championships in China in 2013. Sindhu completed a hat-trick of women’s singles title at the Macau Open in 2015 before her silver medal triumph in Rio in 2016. This year she won silver at the Badminton World Federation World Championships.
Talented and hard-working, Sindhu is praised by her coaches for her indomitable spirit and her never-say-die attitude. Currently no. 4 in the world rankings, Sindhu is the youngest recipient of India’s Padma Shri civilian honour. 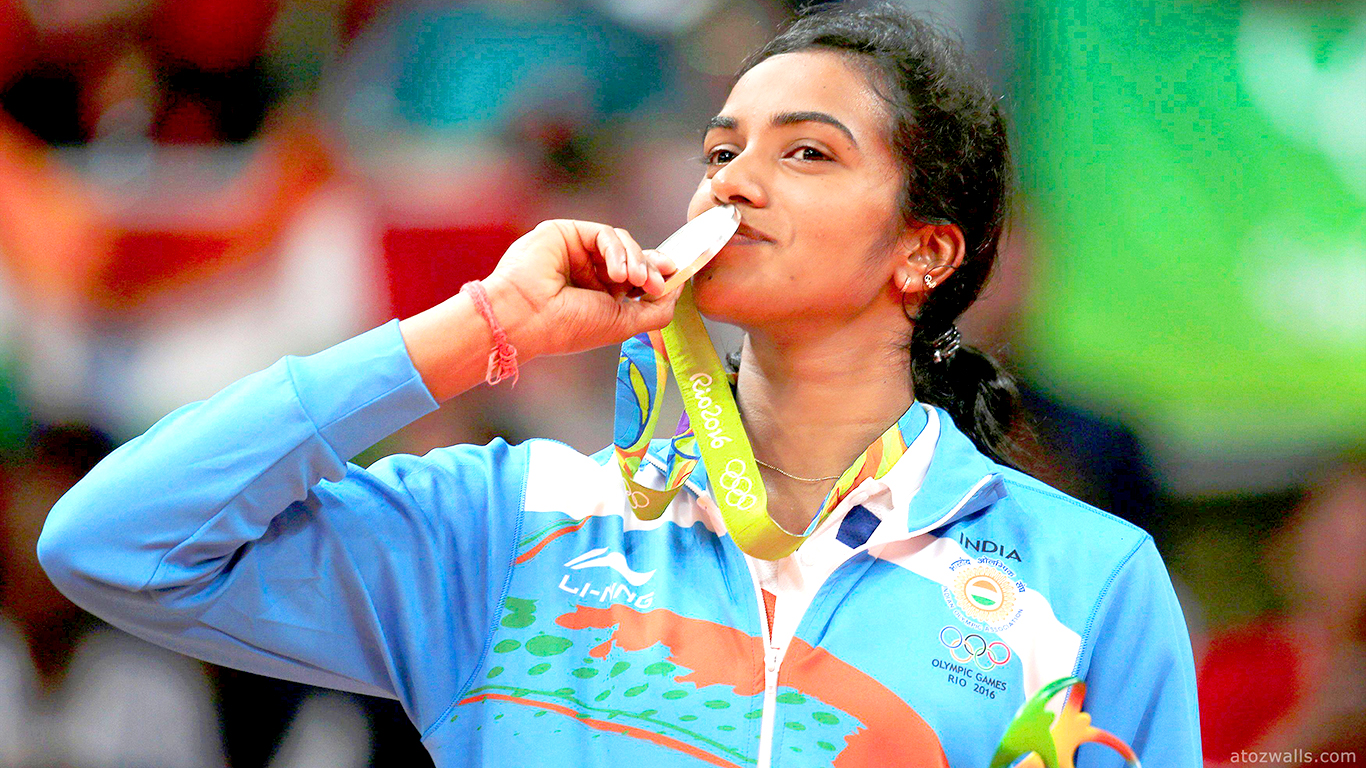 Sometimes called peanut brittle, chikki is a crisp Indian sweet that is made from just two ingredients, peanuts and jaggery. Chikki is enjoyed across India, and regional varieties include other nuts such as cashews, almonds or pistachios, puffed rice, sesame or even desiccated coconut. It can be flavoured with ginger or cardamom.
Chikki is very simple to make. Dry roast 1 cup of peanuts, then remove the husk and cool. Add 2 tbsp water to 1 cup of jaggery in a pan and heat, stirring frequently, until the syrup thickens and turns golden brown. Mix in the nuts and any flavouring, and then quickly pour the mixture onto a greased tray. Roll the surface flat under parchment paper, make horizontal and vertical cuts and then leave the chikki to cool. The key to perfect chikki is heating the sugar syrup to the right consistency. To test it, drop a small amount into a bowl of cold water. If it snaps easily, the syrup is ready. 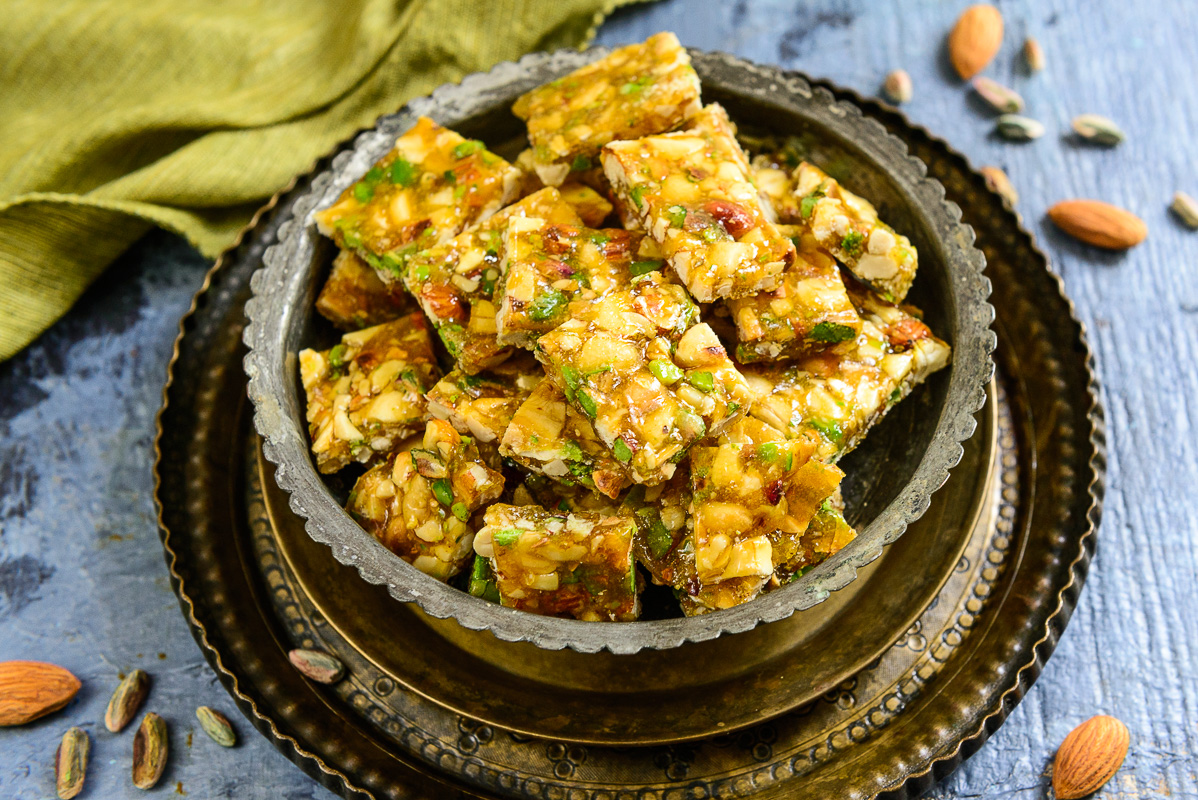