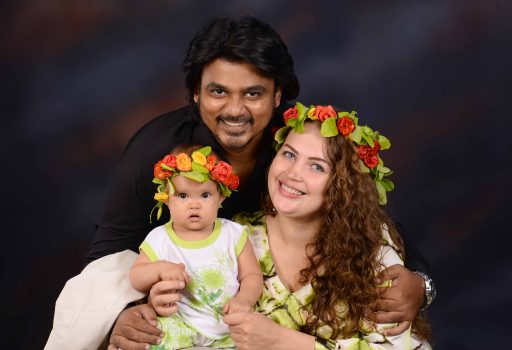 Ever wondered what brings people from different countries to Chennai? Work? Business? Career opportunities? Travel and adventure? What about love, asks
Jane Kataria 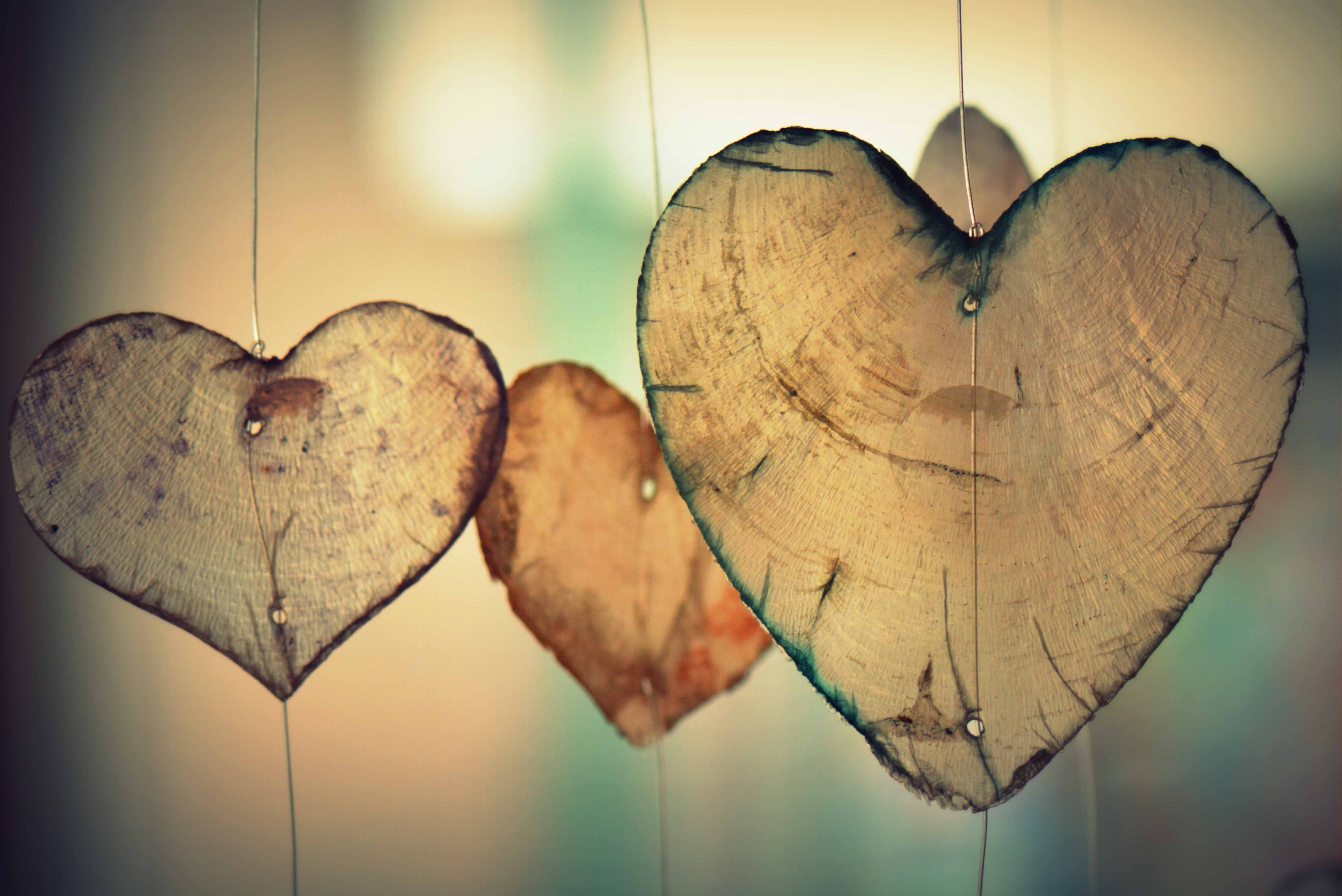 She heard the sound of another e-mail. In the past few days, she had got used to the sounds of beeping and buzzing, as e-mails popped up on her different devices. Although irritating, it was nice to receive so many messages; she was happy at the same time to find herself so much in demand. Just like an office job, her quest to find a husband-to-be consumed her day.

The same routine, she thought, as she checked the messages from the previous night and replied to a few, and arranged to meet some of the wannabe-grooms. The frustration had become routine too. “They were all the same,” she thought, ”And they are all differ from my perception of life, beliefs and expectations.” It was difficult to hold on to the conversation with a few, and so she said “No” and “no” to all 680 profiles that appeared in her inbox…. Until one day while looking at these routine e-mails her eyes stopped on the photograph of a well built, handsome gentleman who called himself timid.

Fate had already brought Tatiana to Mumbai. In Sahaja Yoga, she had found purpose of life. It was natural then, she thought, to find a life partner who appreciates and understands the philosophy that had touched her heart. Deep inside Siberian Russia from where she came, her choices had little chance of being understood. But destiny is not without a sense of humour – the person she couldn’t stop chatting with and took her eyes off was of Christian religion. And he wasn’t even from Mumbai where she was expecting to find a match. He was a Chennaite. They met. It wasn’t any romantic set up, the Russian diaspora gathered in a hall to welcome the groom to be. These were people she called family while her parents were far away. Yet something inside told her that it wasn’t just a meeting; in fact, her destiny was to be decided that day. Would he be as well-groomed and caring as he appeared online? He wasn’t quite sure either. A Russian girl not only desired to meet him, a techie from Chennai, she had considered taking their conversations much further than a date. Doubts and questions were crowding his mind as he suddenly stumbled in front of a lady with a beautiful hat. He noticed that she took her eyes off her phone, raised her head… and her eyes… from below the brim of that hat…
Now after being married for two years and being parents to a cute daughter, Milana, they still remember that first meeting. “I felt myself like the hero of Titanic, when he first met the heroine Kate Winslet, because she was wearing a similar hat, and had similar deep, kind innocent eyes and I was carried away” – remembers Vijay. 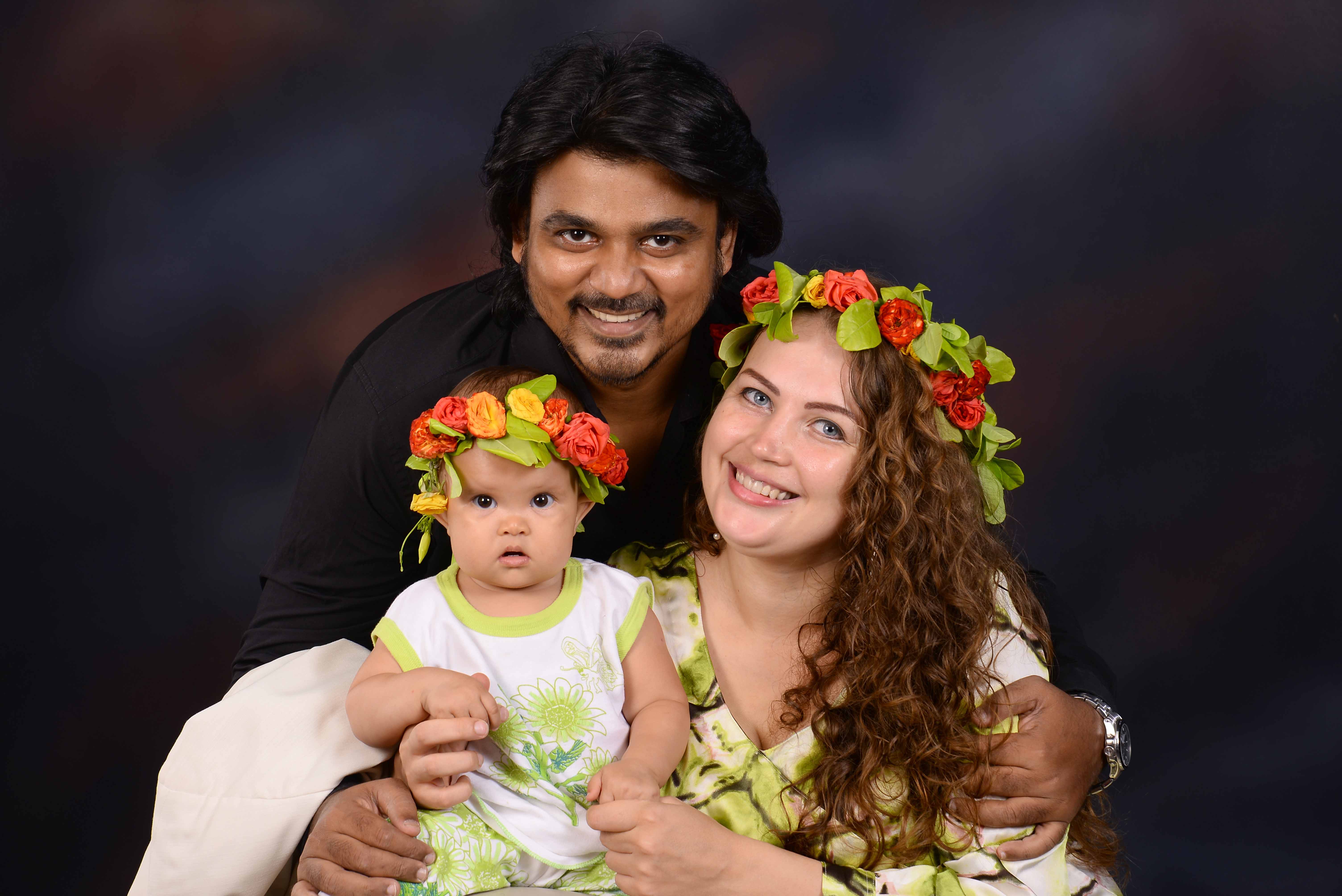 She came to the train station to see him off to Chennai that evening. The train moved and she grew smaller and smaller and eventually just a waving silhouette. Tatiana felt lonely and vulnerable. It was at that very moment that she felt she needed him.
The train wasn’t visible anymore and she was sad to see him departing. Her thoughts were interrupted by her phone. Must be a taxi, she thought.
It wasn’t. It was an official proposal. “Will you marry me?” Vijay asked.
“Yes!” she said and hung up the phone.
“I thought a hundred times before making that call,” he says, “Tatiana had never been to Chennai, knew nothing about Tamil culture and what if she couldn’t adjust?”
She agreed to visit him in Chennai, to meet his parents and make that life-changing decision. Both have been through marriages that did not work out. Both had walked that path of resentment and disappointment, so both had a sound decision to make and had to try hard to make this relationship work. And their parents and relatives did not interfere this time.
“Chennai is my home now and I thank God for having found my love and family here. He is the ideal husband I was dreaming of,” says Tatiana, “I have learnt to make idlis and dosa for breakfast. I don’t speak Tamil yet, but hopefully will start soon, once my one-year-old daughter gives me more
free time,” she smiles and adds, “Dream! Because dreams do come true.”