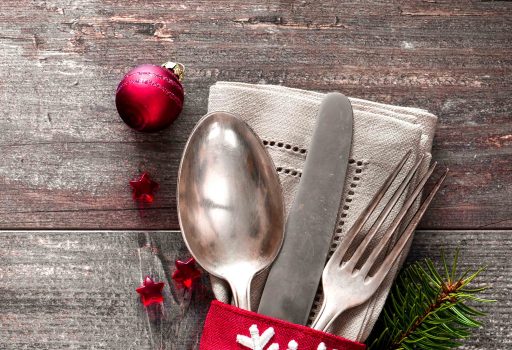 Christians make up a very small portion of the population of India in percentage terms but they are spread across the country, with sizeable numbers particularly in Kerala in the South, Goa in the West, and Manipur, Mizoram, Meghalaya, Nagaland and Arunachal Pradesh in the North-east. 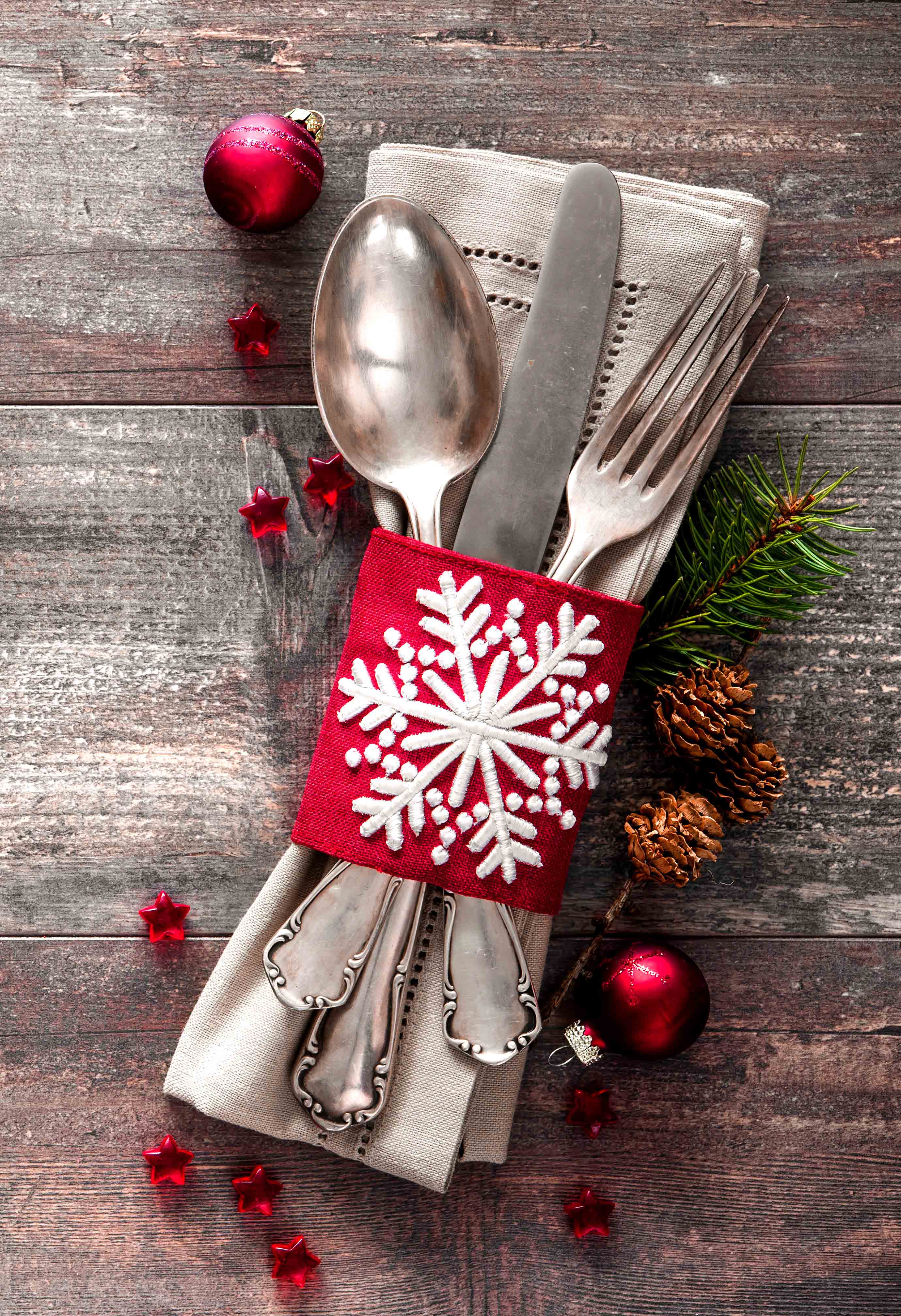 Indian Christians speak different languages and have assimilated different local practices into their worship and traditions. They may be Catholics, Protestants, Syrian Christians, or members of other orders. Yet, one common thread runs through the community irrespective of region or denomination – the spirit of giving. Christmas, which celebrates God’s gift of his own son to the world, is when this is most apparent. As a rule, whatever be their social or economic standing, at this time of the year, every Christian family shares something of theirs with others – usually food. Come December, friends and neighbours of Christians look forward to bingeing on treats specially made for the festival.

Think of Christmas goodies, and what comes first to mind is the ‘Christmas cake’ or ‘Plum cake’ as fruit cake is commonly called in India. There are many recipes for this, handed down from mother to daughter and daughter-in-law. They all involve mounds of dry fruits – sultanas, currants, raisins, glazed cherries, candied peel and ginger, walnuts, cashew nuts, almonds – and sugar and spice and all things nice. Some recipes call for dousing the dry fruit or the cake itself in rum, which acts as a preservative besides adding to the flavour. In generations past, the making of the Christmas cake was a long-drawn-out process. The dry fruit had to be bought, cleaned and chopped. The volumes would depend on the length of the gift list and the guest list. The whole family would be press-ganged into helping. There would be groans and whines, of course, and some creative excuses, but ultimately, it was a time for bonding. The smell of baking would linger long after the cakes made in advance were carefully wrapped and stored for cutting on Christmas morning.

Cake is the common factor amongst Christmas goodies. Other foods of the season – both sweet and savoury – are usually specific to regions. Breakfast could be appam (soft pancakes with a lacy frill, made with a lightly fermented rice-based batter) accompanied by stew, a dish of mutton or chicken in coconut-milk gravy – if you are in Kerala, sannas (steamed rice cakes) with pork curry – if you’re in Goa, or stuffed paratha and spicy chicken curry – if you are in Mizoram. 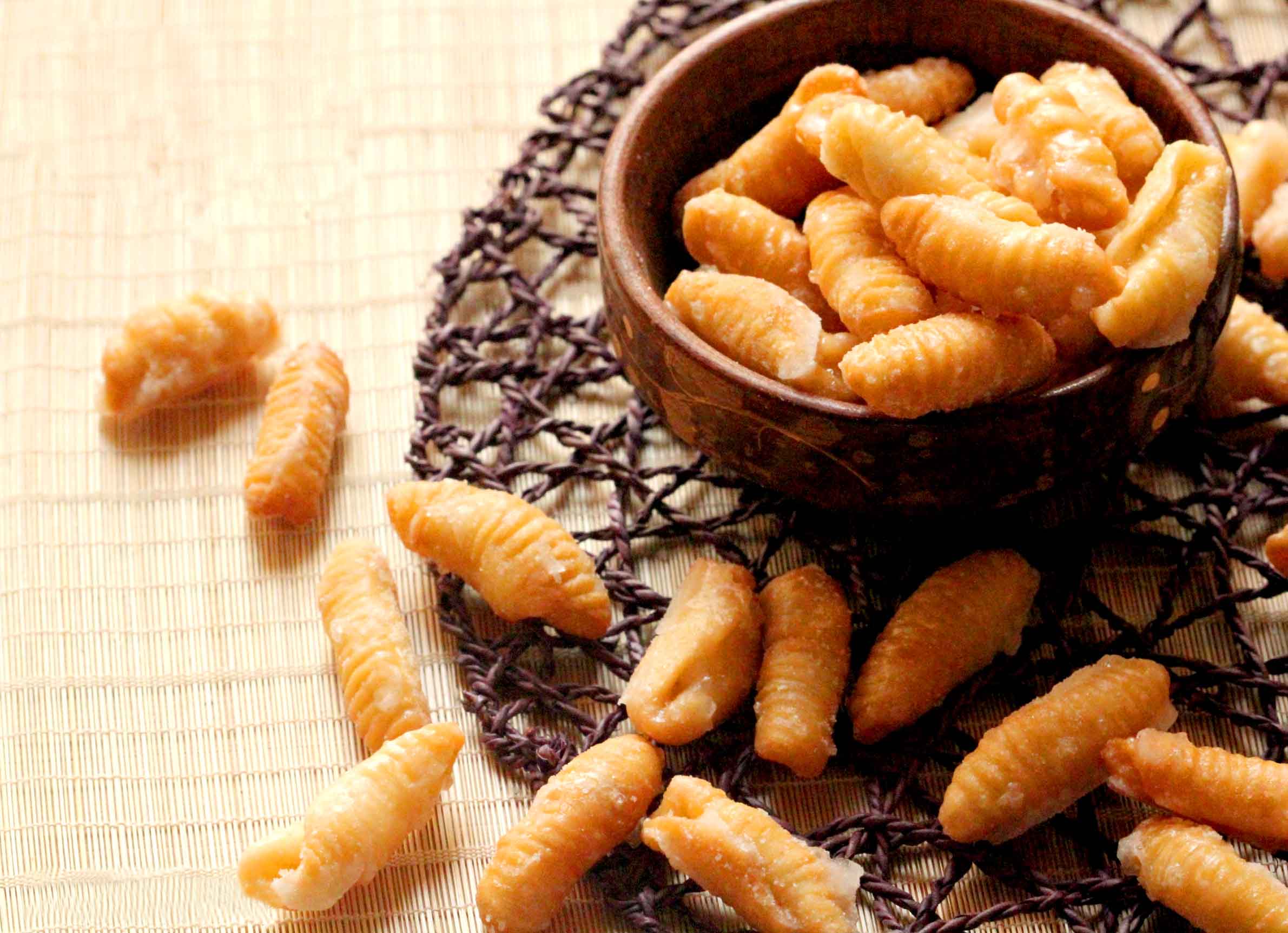 Lunch, the main meal of the festival, is heavily non-vegetarian. It can be mutton or chicken biryani, seemingly ubiquitous but vastly different in flavouring and cooking methods and even ingredients from one region to another. It can be a fragrant pulau accompanied by a meat dish. Roast poultry or pork can be the highlight of the day. Desserts vary from the very Indian gulab jamun and carrot halva to the Western Christmas pudding, complete with flambé. In the North-east, community feasts are the order of the day. The people reach back to their tribal roots, and prepare delicacies using ingredients unique to their ethnicity such as fermented soya beans or fish, bamboo shoots or King Chilli. 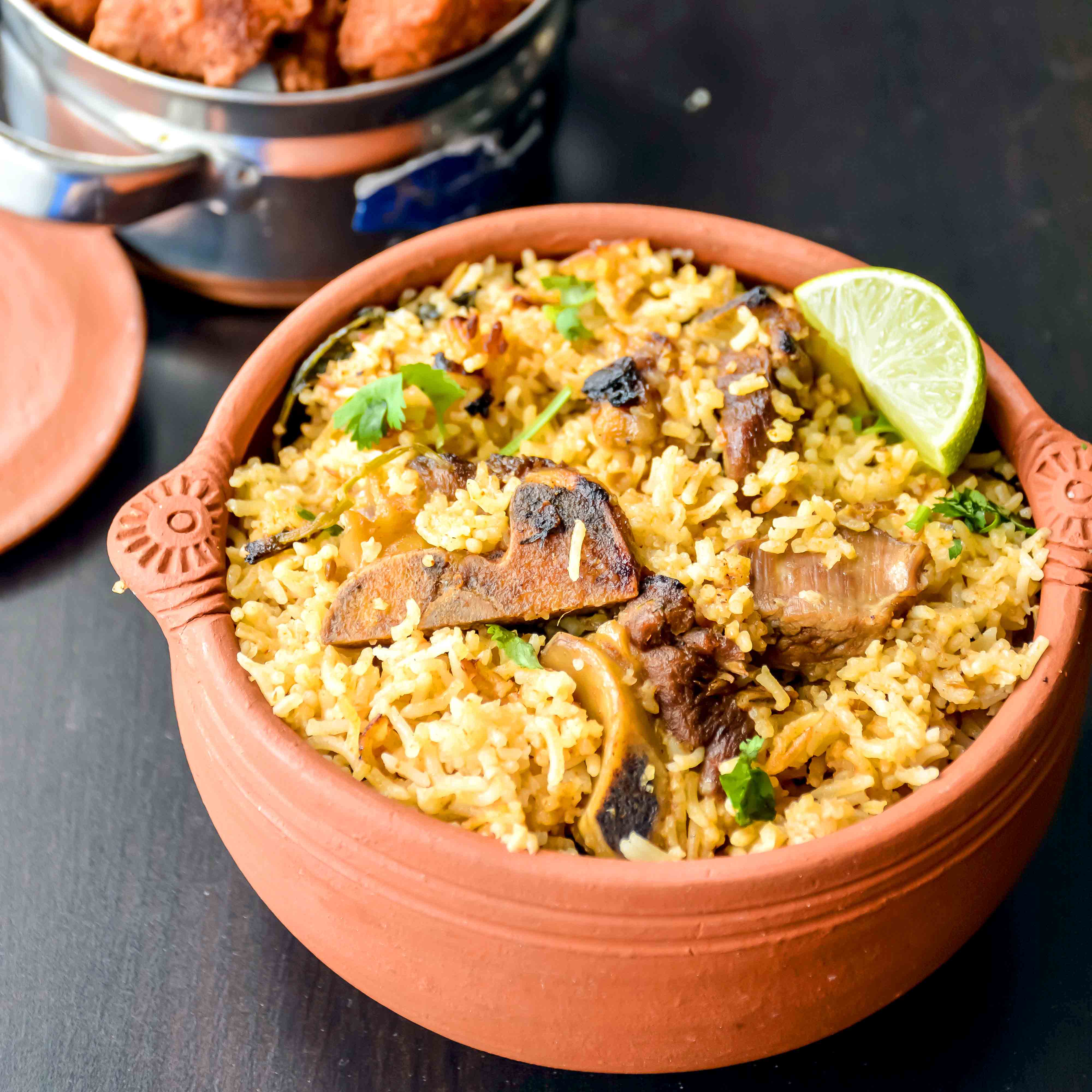 Whatever the ‘hero dish’ of the occasion, it is a time for the extended family to congregate and renew ties.
The table is large, hearts are larger, and there is room (and food) for everyone.
In the days when families were big and household help plentiful, sweetmeats and savouries reserved for the Christmas season were made and stored, not only to give those of other faiths who came calling but also to go into ‘gift hampers’ distributed among friends and also the less-privileged. Again, the menu was largely influenced by geographic location. In the South, Karnataka, for example, kulkuls are a common Christmas preparation. They are curls of fried dough dipped in sugar syrup. In Kerala, the slightly sweet ‘rose cookies’, made by dipping flower-shaped moulds in batter and deep-frying to a crunchy golden-brown, are a signature snack. The bebinka, a layered dessert influenced by Portuguese cuisine, and ‘guava cheese’, made of a puree of the fruit and sugar and cooked down to either a halva-like texture or a ‘spread’, are popular Christmas treats in Goa. And from the North comes the ‘Allahabadi cake’, essentially a rum-and-fruit cake but made with ghee or clarified butter rather than the unsalted butter used in conventional cakes. 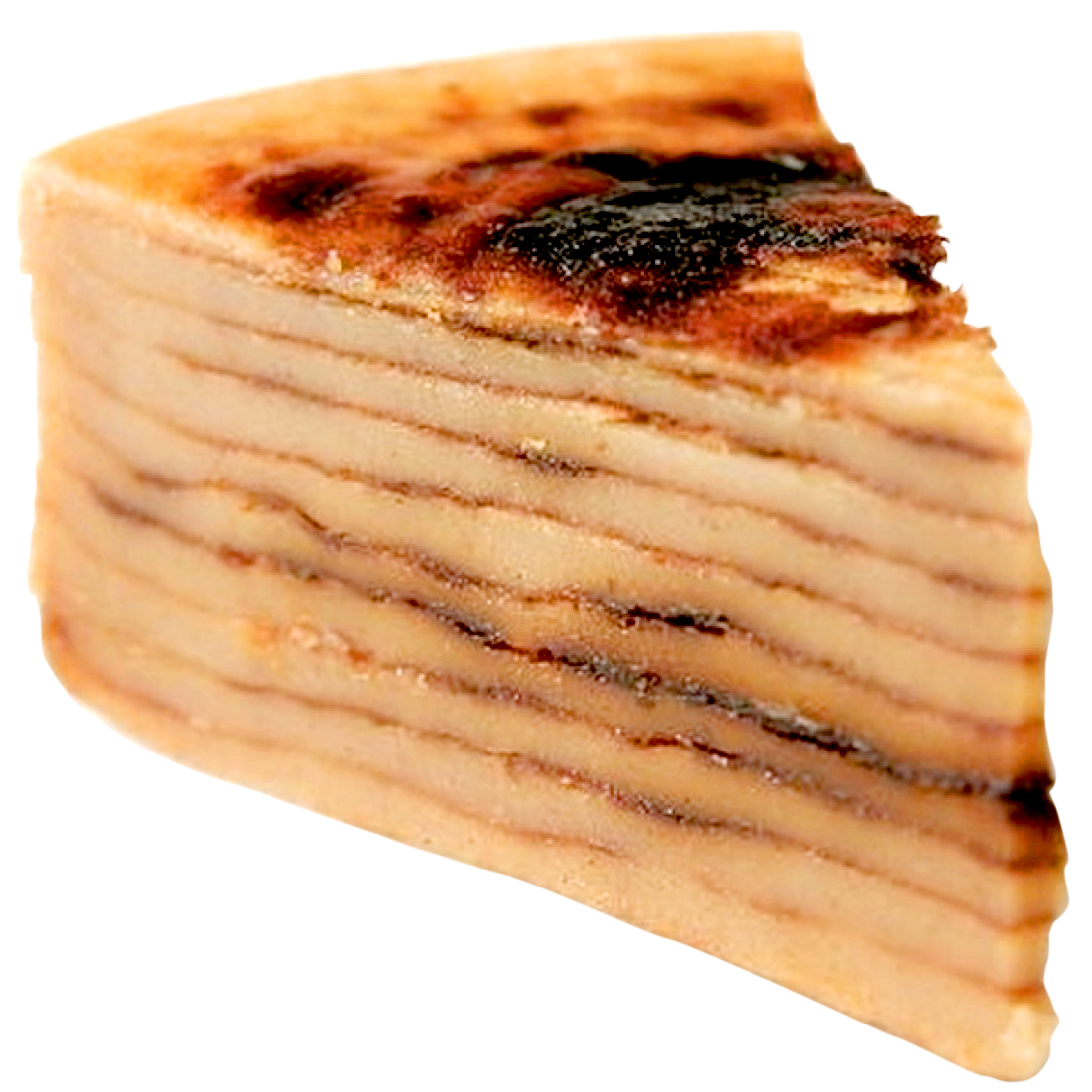 Of course everything from coconut barfi to gujjiyas, from murukkus to laddus add to the platter, come Christmas. And often, there will be home-made wine, brewed from grapes, rose apples, pineapples or even beetroot, to add that extra zing to the festivities.

With the advent of the nuclear family and the pressures of the workplace, homemade Christmas cakes, sweets and savouries are all but extinct. But bakeries and outlets producing packaged foods, as well as home-based businesses, come into their own at Christmas time. Kottayam, a town in Kerala’s Christian heartland, is particularly known for its plum cakes, and some bakeries there have almost made brands of their products.
Whether the goodies are home-made or outsourced, food continues to be a force that draws together and binds during the Season of Joy.