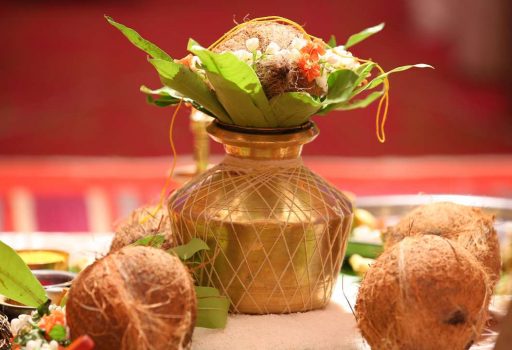 The mango, neem and banana trees are held in deeper reverence than others because the sages recognised the depth of benefits and value for humankind, says 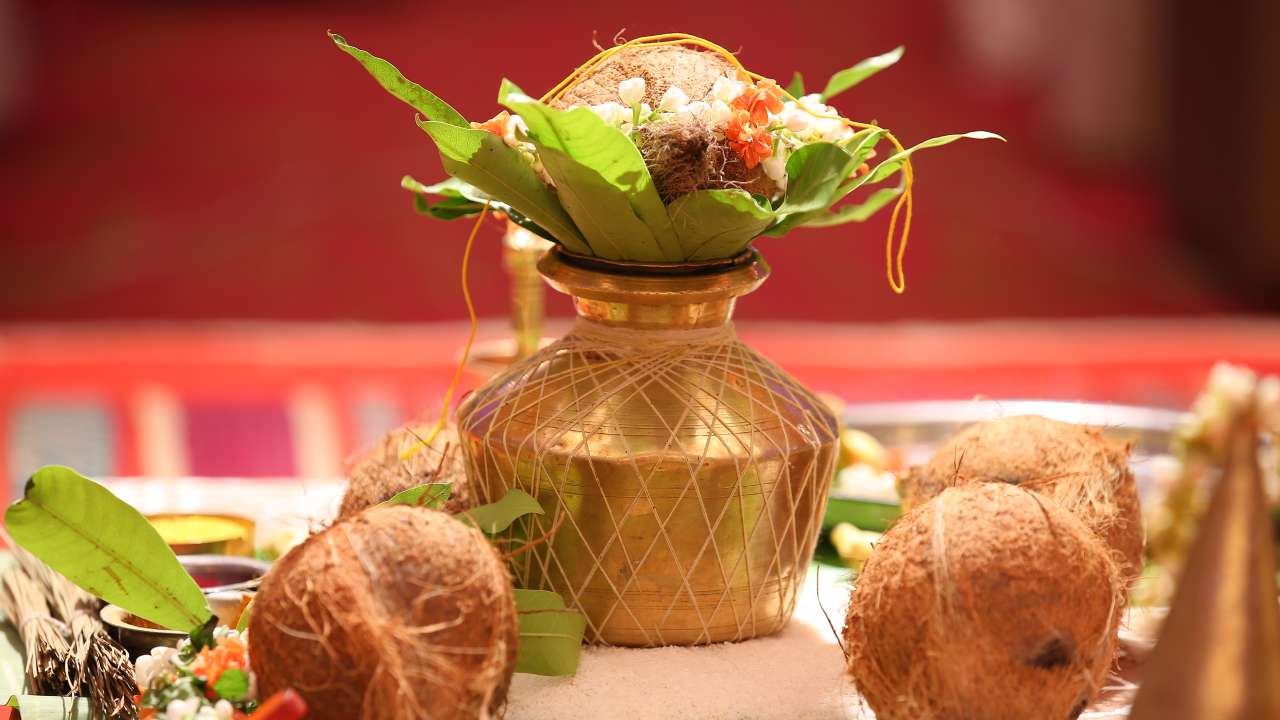 In a Nutshell
Ancient Indians saw the spirit of the Supreme Being in all that nature had to offer, and treated every tree and flower, river and lake, mountain and valley with the respect due to the Creator. Some trees and flowers are held in deeper reverence than others because the sages recognised the depth of their medicinal and other values to humankind. Three trees that are worshipped and form part of worship in the Hindu order are the mango, the neem and the banana.
Meaning and Deeper Meaning
The leaves of the mango tree are used on special occasions and pujas, especially as part of the poornakumbh (the pot of water capped with a coconut surrounded by mango leaves) – the whole arrangement replete with symbolism about Earth and Life. Strings of mango leaves are hung at the entrances of homes and mandaps during religious ceremonies to invite prosperity and good luck.
Neem leaves are hung at doorways of homes and venues of rituals to ward off evil spirits. The tree is considered a manifestation of Goddess Parvathi, and worshipped in its own right as Imarti Devi. In some parts of India, it is believed to represent Sitala Devi, Mariamma or Yellamma – goddesses associated with both the cause and the cure of ailments such as chicken pox, measles or small pox. Bunches of neem leaves hung over entrances to homes are a sign that the Goddess has manifested herself there in the form of one of these disorders.
Trunks of the banana tree are put up at gateways on auspicious occasions, especially weddings, as the tree is associated with the welfare of the family. Banana leaves are used both in cooking (as a wrap), and as plates to serve food on. It is absolutely eco-friendly. Both the banana and the mango are associated with love and fertility. 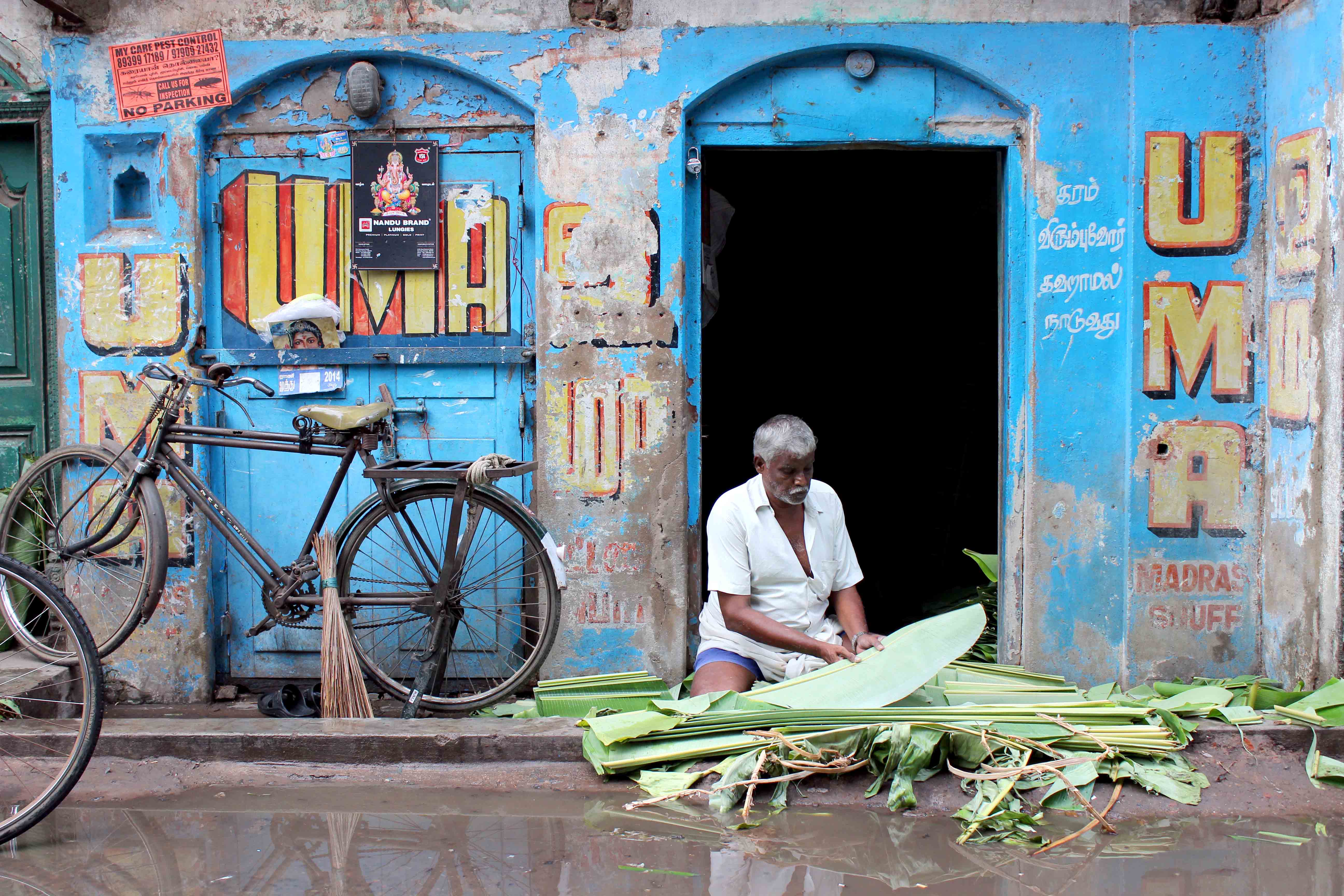 The Stuff of Legends
One day, Sage Narada brought a particularly aromatic and attractive mango to Mount Kailash, the abode of Lord Shiva and Goddess Parvathi. Narada was known for provoking discord (which ultimately facilitated the understanding of deeper truths), and Lord Shiva and his wife were wary of the gift.
The sage told them the fruit had the power to make whoever ate it wise and learned. It was, however, not to be shared. Neither Shiva nor Parvathi wanted to eat it without giving the other, and returned it to Narada. Ganesh and Karthikeya, the two sons of the divine couple, seeing the mango, laid claim to it. A quarrel ensued, and Shiva lashed out at Narada for fuelling discord between the brothers. Parvathi, trying for an amicable solution, suggested a competition, saying the mango would go to the winner. Whoever thrice circumnavigated the world first would win the fruit, decreed Narada. Karthikeya was slim and agile, and his mount was a peacock. Ganesh was rotund with an elephant’s head balanced on his shoulders, and his mount was a mouse. Karthikeya confidently set off, but after speedily completing the task, was astonished to find the mango in his brother’s hands. Ganesha had won it by asking his parents – his whole world – to stand close together, and circling them thrice!
Scientific Substance
The various parts of the mango tree are proven to be effective against coughs, asthma, phlegm, hypotension and stomach disorders, among other health issues. They are rich in vitamins and minerals.
The neem is appropriately known as ‘the village pharmacy’ because every part of it is known to have some medicinal property. In fact, the name itself comes from Nimbati Syasthyamdadati, which in Sanskrit means ‘to give good health’. In Ayurveda texts, it is referred to as sarva roga nivarani or a cure for all ailments. In rural India, tender neem twigs are still often used as a ‘toothbrush’. Extracts from various parts of the tree are also used to revive overused cultivable land, as a pesticide, and food for livestock.
Bananas are rich in fibre, potassium, antioxidants and other substances that protect the body and boost brain power. The stem and the flower of the plant are also used as food, and are rich in vitamins and antioxidants. They also help manage blood pressure and some kidney problems. 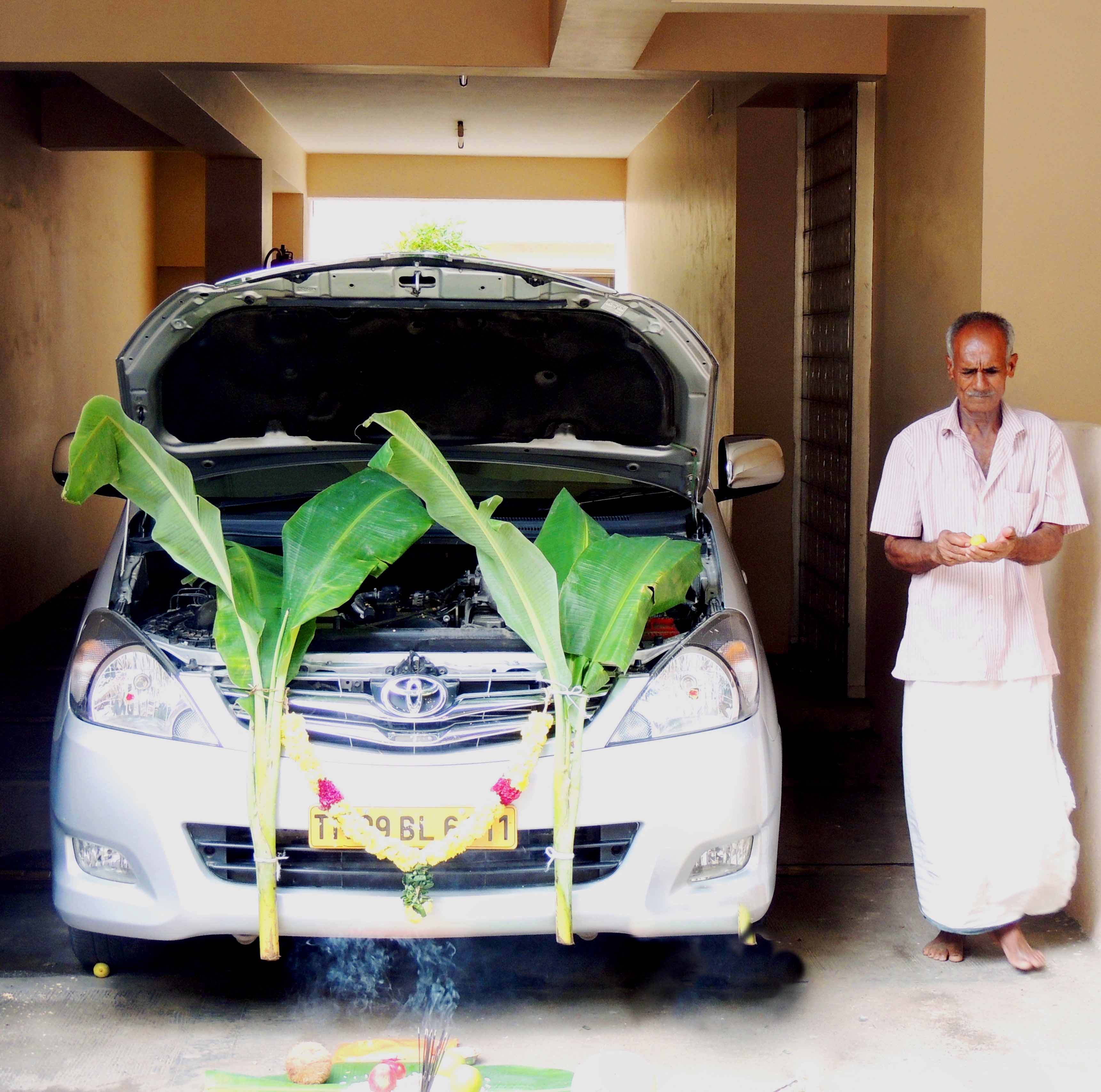 Saying it in Verse
Kala lagiye na keto pat
Tatei kapad tatei bhat
A couplet in Bengali, it means: ‘Do not destroy the leaves of a banana plant; You will get both your food and cloth.’
The Aikya Factor
The word ‘mango’ originated in India – it comes from the Tamil maang kaay and the Portuguese traders adapted and adopted it as manga. It later metamorphosed into its present English form. The mango is sacred to Buddhism. Legend has it that Lord Buddha planted the seed of a mango in Shravasti, and a whole grove sprouted from it instantly. When Buddhist monks set out from India to propagate their faith, they took with them baskets of mangoes, and the people of the countries they visited acquired a taste for it. It is the national fruit not only of India but also of Pakistan and the Philippines. And, the national tree of Bangladesh is the mango. The value of the neem tree was acknowledged by people in far-flung lands. Persian scholars referred to it as azad dirakht-i-Hind, meaning the noble or free tree of India. In Western Africa, the medical properties of neem oil were known, while in the local language of some eastern parts of the continent, it was called mwarubaini, meaning, cure for 40 ailments.
The banana flower as a symbol of fertility finds an echo in the shape of the pendent worn by Syrian Christian women of Kerala as one of the signs of marriage.
And in faraway Madagascar, a folk tale links the banana to the cycle of life and death. God asked the first man and woman, so the story goes, whether they would like to die like the moon, or like the banana tree. Choosing the first option would mean they would be childless, but keep returning to life bit by bit after death, only to die again, and live again. If they opted to be like the banana tree, they would die, but leave behind shoots which would themselves grow and die, but leave others to carry on the cycle of life. Mankind’s lifecycle mimics the banana tree. 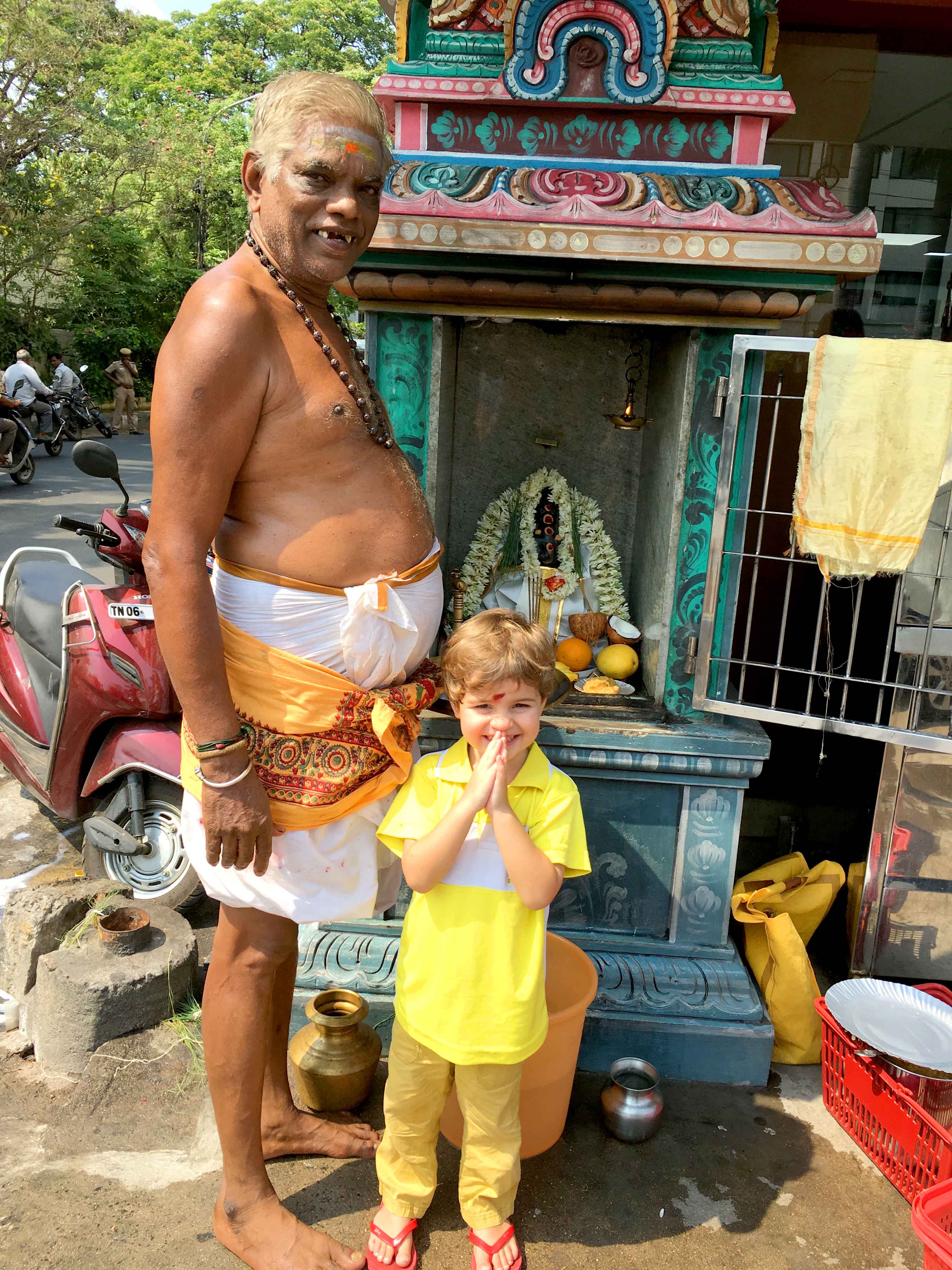 A Last Word
“I bow my head in reverence to our ancestors for their sense of the beautiful in nature and for their foresight in investing beautiful manifestations of Nature with a religious significance.”
– Mahatma Gandhi