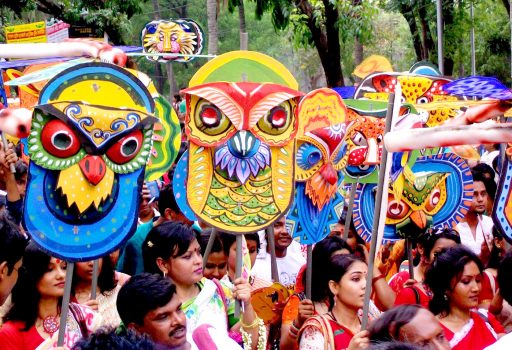 India celebrates New Year not only on January 1 but at multiple times during the year – and each of these occasions is marked with particular customs and activities, says 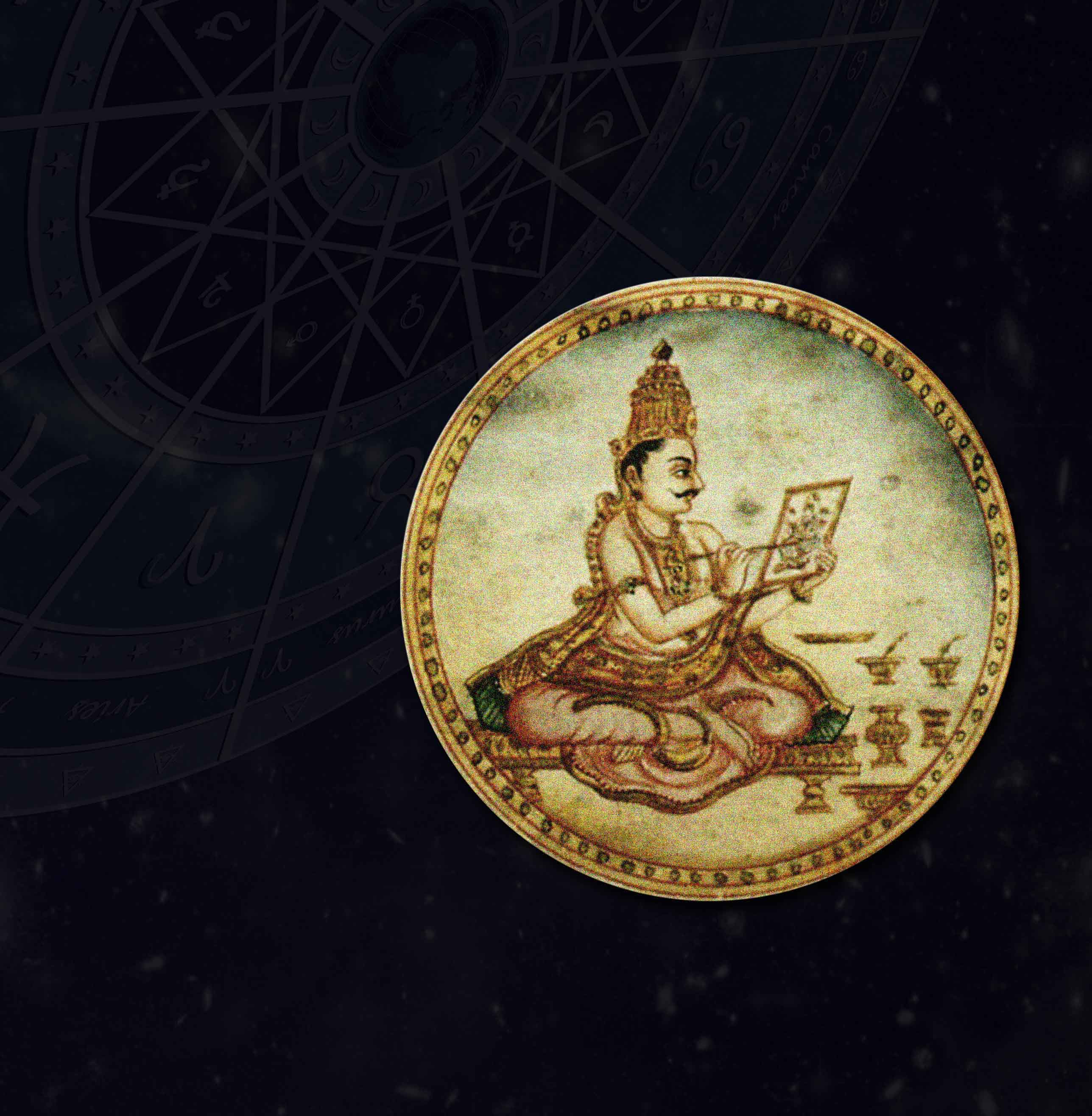 In a nutshell
India, being a land of multi-ethnicity, celebrates New Year not only on January 1 as per the Gregorian calendar, but multiple times during the year, as dictated by diverse cultures in different geographic regions. A fairly widely referred-to document is the Vikram samvat Calendar, believed to have been popularised by King Vikramaditya of Ujjain. Another major document is the Hindu Vedic calendar known as panchangam. It records the phases of the moon and the positions of stars and planets through 12 months, and identifies auspicious times and days for various activities. And, over and above them all, there is a National Calendar. Whether it is region- or religion-specific, national or global, the New Year signals a fresh start, and is marked with particular customs and religious activity.
Meaning and Deeper Meaning
Although the actual dates may vary, many of the customs followed by various ethnic groups in India on New Year are similar in intent – drawing a line underneath the past, making a new start, wooing positive energy and warding off negative ones.
A visit to the temple, mosque or church, wearing new clothes and indulging in a celebratory feast are common factors in diverse New Year celebrations in India. Hindus, in general, pay homage particularly to Lord Ganesh, Remover of Obstacles, and Lakshmi, the Goddess of Wealth.
Each ethnic group or region also has traditions which carry specific meaning. In Kerala, on the first day of Vishu, the first month on the Malayalam calendar, the matriarch of a Hindu household makes vishukkani – an arrangement of paddy sheaves, jewellery, a photo or idol of a divinity, and a mirror, among other things. She blindfolds other members of the family and leads them one by one to the arrangement so that it will be the first thing they lay eyes on in the new year – setting the tone for 12 months of prosperity and God’s grace. The New Year feast in other parts of South India includes a dish made of ingredients that contribute seven flavours – including the bitter neem and the sweet jaggery – symbolic of acceptance that the year ahead will be a judicious mix of experiences.
On Gudi Padwa, the Maharashtrian New Year, a brightly coloured cloth is tied to a pole adorned with flowers, neem and mango leaves, and topped with an inverted copper pot. It is erected at doorways or positioned where it is in full public view. It symbolises victory and is also believed to ward off the evil eye. Fire and light stand for the removal of bad karma, and at Ladakh up in the snowy north of India, celebration of the festival of Losar (Lo is the local word for year, and sar for new) includes a procession carrying flaming torches.
In West Bengal, as in other places, the rangoli – elaborate patterns made on the floor using mainly a paste of rice flour – forms an integral part of celebrations on Pohela Boishakh – the first day of the Bengali calendar. At the centre of the design, a pot of water is kept, decorated with the auspicious swastika symbol and mango leaves. It is believed to usher
in prosperity.
Throughout India, it is the custom for elders to give at least a token gift of money to the younger generation, symbolically wishing them a prosperous year ahead. 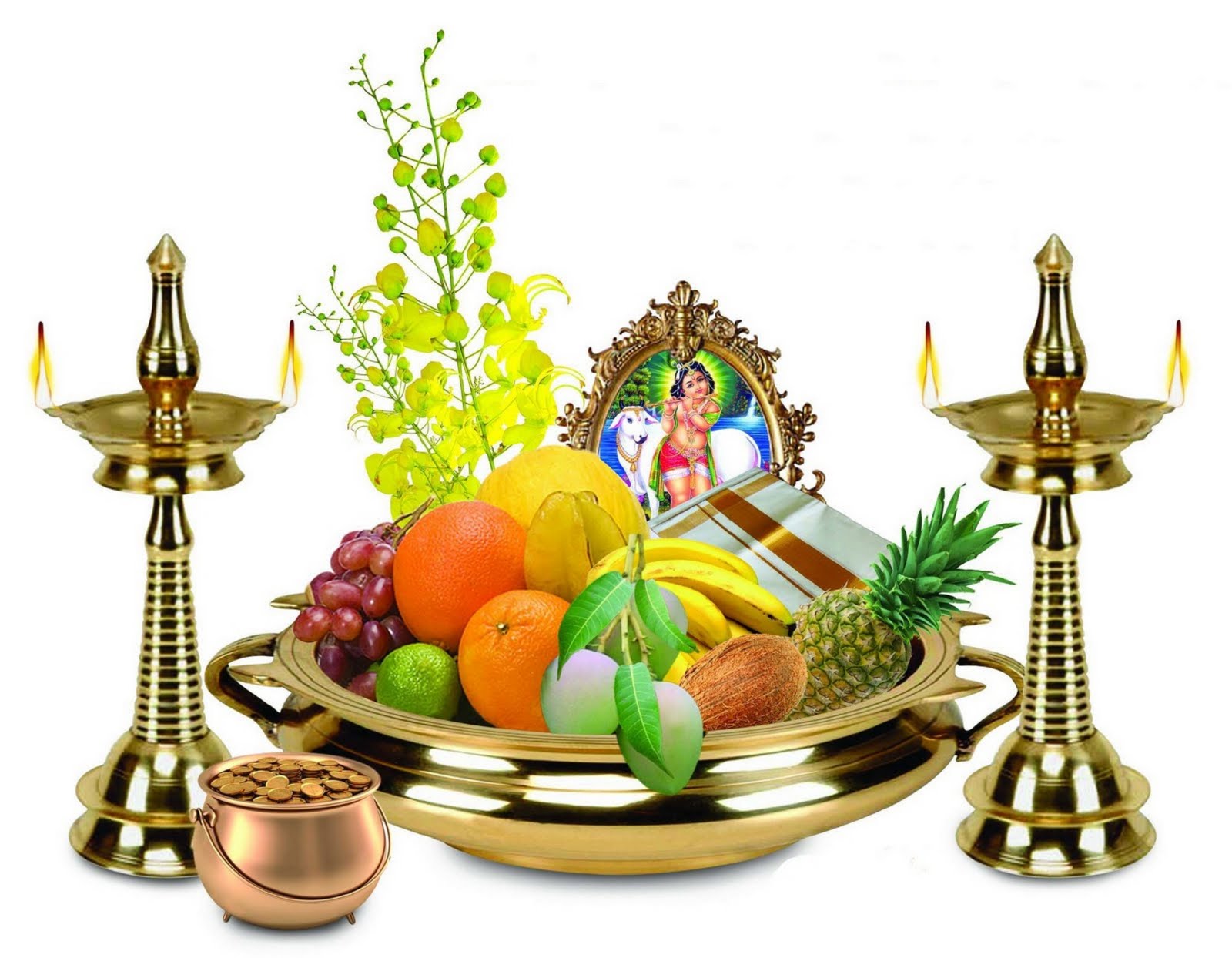 The Stuff of Legends
The story goes that Gandharvasena, a powerful King of Ujjain, abducted Sarasvati, the sister of a monk, who then enlisted the aid of the rival Saka King, Sahi, to rescue Sarasvati. Although they were outnumbered, Sahi’s forces, with divine help, defeated Gandharvasena, who was banished into the forest, and was subsequently killed by a tiger. His son Vikramaditya grew up, and took back Ujjain from the Sakas. To commemorate the victory, he stared a new era called Vikrama Era, and a new calendar as well. The Vikram samvat calendar predates the Gregorian one by around 57 years.
Scientific Substance
During the reign of Emperor Akbar, a timetable for payment of agrarian taxes was drawn up based on the Islamic calendar, a solar-oriented one. However, the farmers found it hard because the due dates for taxes did not coincide with the harvest and their lunar calendar, which mirrored the agricultural cycle. So the Emperor ordered the calendar to be modified to take in both solar and lunar aspects.
However, multiple calendars continued to flourish. After Independence, when it became important to have a uniform calendar across the country, the first Prime Minister, Jawaharlal Nehru, set up a committee to formulate one which superseded the various almanacs being followed in different places, and was, besides, accurate, scientific and secular. The Committee was headed by noted astrophysicist Meghnad Saha. What it came up with is also known as the ‘Saha Calendar’ and is used together with the Vikram samvat calendar and the Gregorian calendar for official purposes. 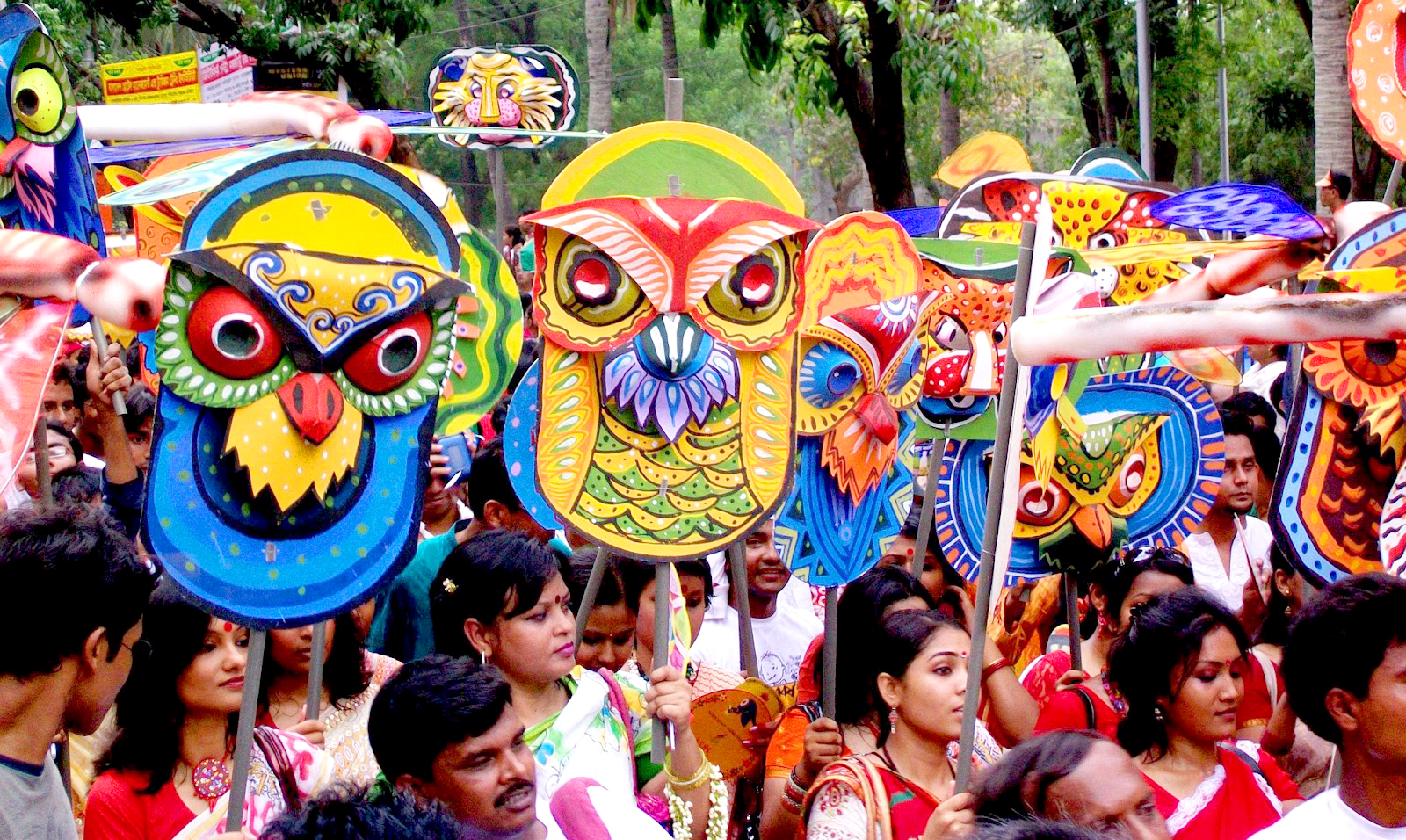 Saying it in Verse
“The butterfly counts not months but moments,
and has time enough.
Let your life lightly dance on the edges of Time
like dew on the tip of a leaf.”
– Rabindranath Tagore
The Aikya factor
Neighbouring countries like Nepal and Sri Lanka are heavily influenced by the Indian ethos. The Vikram samvat is the official calendar of Nepal. In Sri Lanka, the New Year of the two major ethnic groups – the Tamils and the Sinhalese – fall on the same date. Kai visesham is practiced by the Tamils – the tradition of elders gifting money to the younger members of their household. The Indonesian New Year, known as Nyepi, is celebrated according to the lunisolar calendar – an Indian influence. (Uniquely, though, Nyepi is celebrated in silence – there is none of the high decibel activities associated with most events in India). 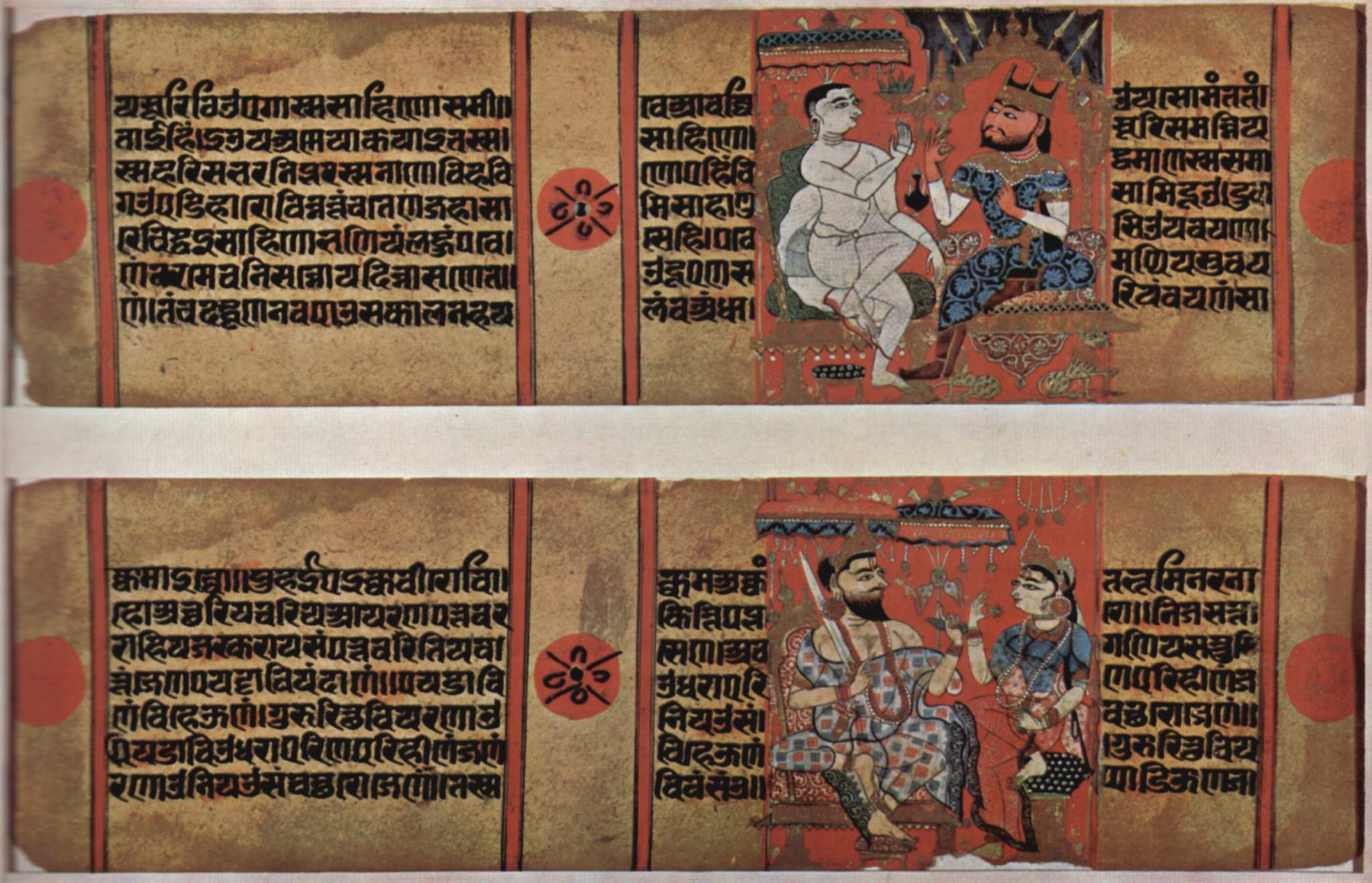