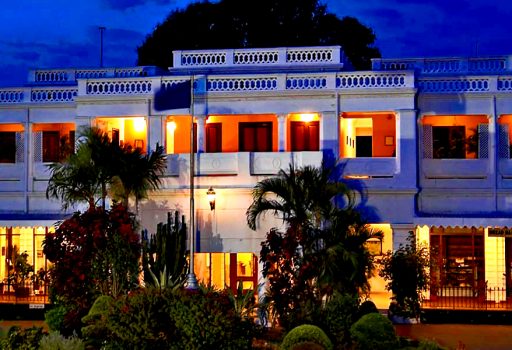 The death of a Nawab in 1819 made way for the rule of the first of four Begums over Bhopal – the only princely state ruled by women. For over 150 years, the Nawab Begums of Bhopal ruled over their people with vision and benevolence – for that, Bhopal is indebted to them

It is not always that plain white walls turn into splendid story tellers. As narrators of history. Holding anecdotes in their pilasters. Telling tales through the frames that hang resolutely on nails. In Bhopal’s supremely elegant Jehan Numa Palace (now a heritage hotel), history walks along as the uniformed valet opens the large glass/wood door into the lobby. Beyond the threshold, the silhouettes of princes, viceroys, nawabs, lords and vicereines gather around you. There’s Edwina and Lord Mountbatten. Prince Edward with his signature in long hand as a footnote. Lord Minto with the vicereine. Nawab Nasrullah Khan Waliahad Bahadur Shah of Bhopal. Nawab Ahmed Ali Khan Sultan Dulha Bahadur Nawab, Consort of Nawab Sultan Jahan Begum Sahiba. The men handsome. The women dainty and sophisticated. 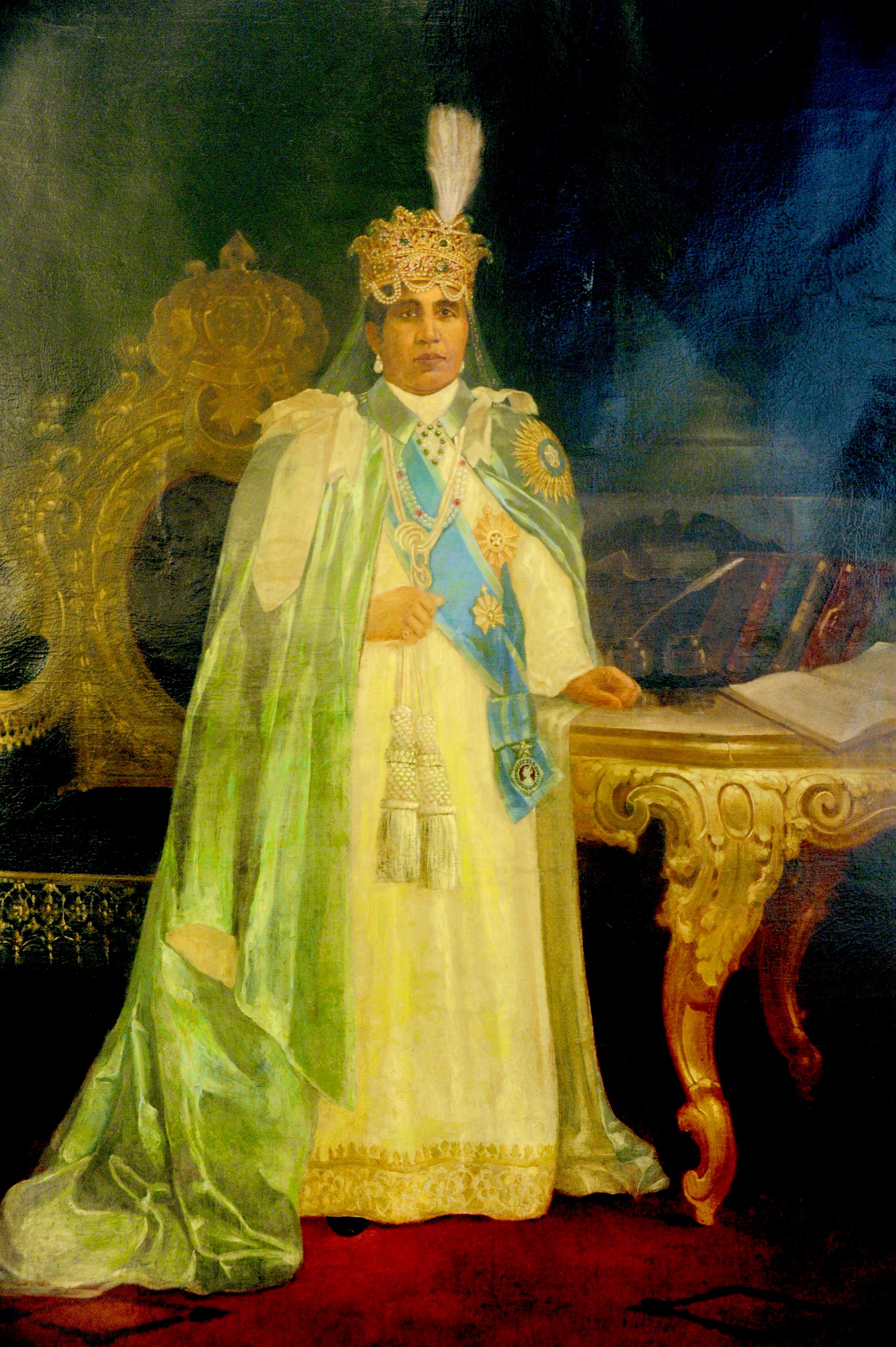 Then, I saw her. The twelfth ruler of Bhopal. The fourth Nawab Begum. Her Highness, Sikander Saulat, Iftikhar ul-Mulk, Nawab Sultan Kaikhusrau Jahan Begum Sahiba, Nawab Begum of Darul-Iqbal-i-Bhopal. She stared out of a large canvas in oil. A stout woman, her forehead burdened with a crown, her satin robe carelessly caressing the red carpet. Often, Sultan Jahan Begum would wear the burqa with the medals pinned outside. In the photograph, she stands without a veil. She was benevolent and Bhopal still lives her legacy – she established a modern municipality, installed the first water pump of Bhopal, introduced free and compulsory primary education in 1918, established an Executive and Legislative Council in 1922, reformed taxation, the army and the police, and constructed extensive irrigation and public works. Education was close to her heart. She founded the first school for girls and in a heavily patriarchal era, she pushed for compulsory education and was the first chancellor of Aligarh Muslim University. She wrote poetry and travelled around the world. She was austere in her mien, she was munificent as a ruler.
She was the last of the four female rulers of Bhopal who held the reins for 157 years of the princely state with a 19-gun salute. It all began as a quirk of fate. As the sound of a ricochetting bullet. In 1819, an assassin’s bullet pierced through the heart of Nawab Nazar Mohammad Khan, the ruler of Bhopal. At the funeral, his wife, Qudsia Begum threw her veil off and proclaimed that Sikander, her little daughter, would be Queen of Bhopal. The toddler became the Queen; she, the mother, the regent who ruled for 18 years. By the time Sikander turned 18, she could gallop on a horse, shoot a fish off a hawk’s claws and detail military strategies. All this without the purdah. Her successor, Shahjahan Begum, took power in 1868, and in her reign of 49 years, built Taj-Ul-Masjid, the second largest mosque in Asia and also partly funded the construction of Britain’s first mosque. Sultan Jehan Begum was the last woman ruler who abdicated power in favour of her youngest son in 1926. Bhopal was the only princely state ruled by women, the second largest state with a Muslim leadership (Hyderabad being the first) and for 157 years, the Nawab Begums of Bhopal redefined statecraft with their vision and benevolence.

Bhopal is indebted to the Begums. For everything – hospitals and dispensaries, railways, waterworks, postal systems and the municipality. Everything began with the Begums. Even the palaces and the mosques that melded the best architectural idioms of the time. Gohar Mahal, named after Qudsia Begum, is a perfect amalgamation of Hindu and Mughal architecture. The 180-year old Shaukat Mahal has a very distinctive Indo-French design with unique church-like inputs in the interiors and a crown on the facade. Taj Mahal Palace, however, was the jewel in the crown. Spread over 120 rooms, a Sheesh Mahal (glass house) and Savon Bhadon pavilion, an elaborate fountain-like structure that simulated the effect of rain, this Taj Mahal was built over 13 years (1871–1884) at a cost of Rs 30 lakh by Nawab Shah Jahan Begum. Once one of the world’s largest palaces, the Mahal is crumbling now – its walls moss-laden, its doors withered away by the vagaries of nature and on its heart lay plaques calling it ‘unsafe’. The mosques built by the Begums are still referred to as the Begumi Masjids. 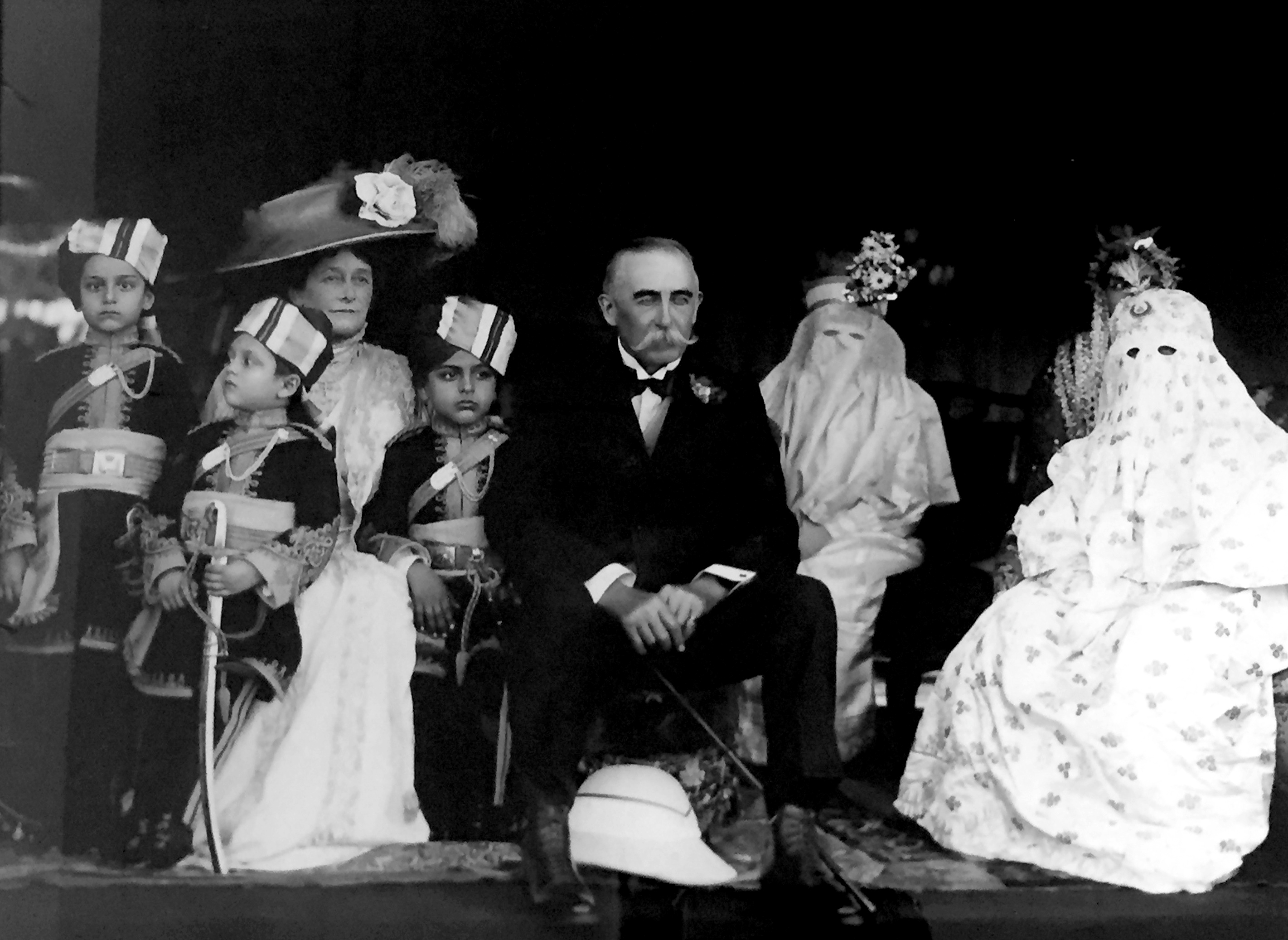 I drove around Bhopal in search of the legacy of the Begums. But it is at Jehan Numa Palace that their stories are oft-repeated. Built in 1890, the Palace was occupied variously, moved and renovated while still being used as the family’s secretariat until 1952 when the Abolition of Jagirs Act was promulgated. The Palace that once resonated with the orders of the Nawab Sultans was rented to the Government for use as a hostel, and then as the office of the Geological Survey of India, till 1981. Two years later, Nadir and Yawar Rashid, great grandsons of Nawab Sultan Jehan Begum, opened the doors of Jehan Numa Palace to visitors. Today, Jehan Numa Palace keeps alive the legacy of the Begums. Even in the kitchen where dishes are still cooked according to the handwritten recipes of the Begums. During the Palace’s Riwayat (Revival) Food Festival, forgotten food is rustled up again in the old-fashioned way.

Those three days in Bhopal’s Jehan Numa Palace, I had gathered vignettes of the 157 years of the Begum-rule. I marvelled at their vision and determination. At their valour. At their relentless pursuit of artistic expressions in palaces and mosques. At their courage in holding their ground in a mainly male preserve. At their largesse. And their legacy. All this in an era where women mostly lived as shadows of their men. Bhopal owes everything to its Begums. The resolute, benevolent, brave Begums.