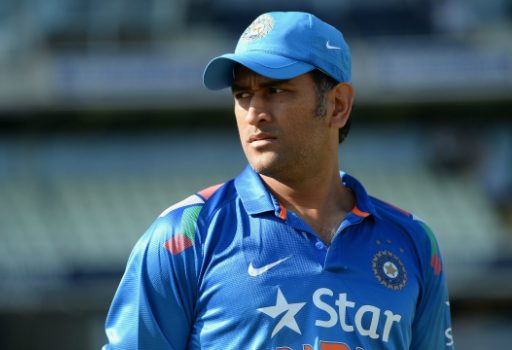 You could take an Indian out of India, but you may not be able to take cricket out of him or her. The sport is literally ingrained in the country’s psyche – with young and old alike engaging with it in their own ways. Here, we take a brief look at the sport’s history and milestones in the subcontinent. 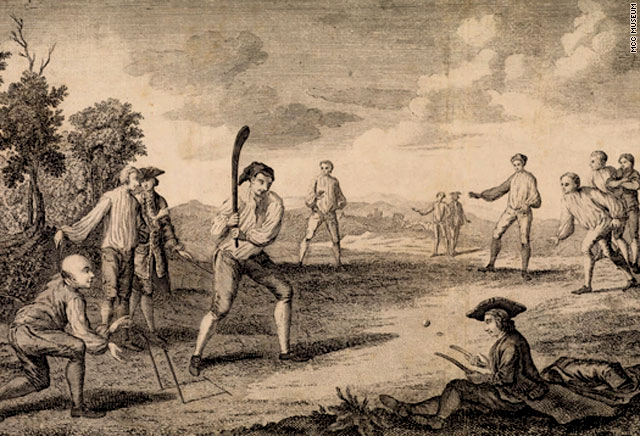 History has it that cricket was first played on Indian soil by British sailors whose ship had dropped anchor off the coast of Kutch  sometime in 1721. The local people must have gathered to watch the antics of the foreigners. Were they impressed? Amused? We can only speculate. Whatever the reactions of those first Indian witnesses to cricket may have been, the game has now sunk into the country’s consciousness.The sport, which is believed to have started as a children’s pastime in England, spread along with the British Empire, and the subcontinent took to it like the proverbial duck to water. Cricket, in all the forms it has evolved into, has become an integral part of the Indian ethos. You would be hard pressed to find people in this country who don’t know at least the basics of the game, or have at least one hero among the men in blue or white who stepped out into the ‘middle’ for team and country.
Here’s a mosaic of cricketing memories and milestones. 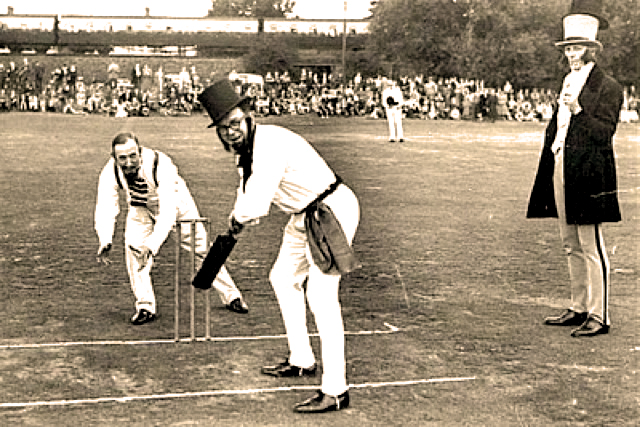 The first official body associated with cricket in India, the Calcutta Cricket and Football Club, was set up in 1792, at the site of the present Eden Eden Gardens. Membership was restricted to Europeans. It was in Bombay, now Mumbai, that Indians first officially played cricket. The Bombay Gymkhana was again exclusive to Europeans, but the Parsees set up their own Orient Club, and played the Europeans. The Hindus soon followed suit, with the Hindu Gymkhana, and the competition became a triangular tournament in the early 1900s. With the formation of the Muslim Gymkhana, it became a four-way contest, and a fifth dimension was added when a team known simply as ‘The Rest’ was constituted, comprising Christians, Anglo-Indians and other groups. In other words, cricket in India was initially played along ethnic lines. This did not match the ideals of the Swadeshi (loosely, Freedom) Movement, which envisaged a composite, secular India. Over time the ethnic lines blurred and disappeared altogether.

The Eves Have It 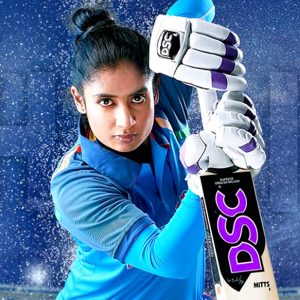 Mention must be made of the Women in Blue. Currently captained by Mithali Raj, the Indian women’s team had its first Test outing in 1976. The team made it to the World Cup Finals on two occasions, the latest being in 2017, when it lost to England by just nine runs. 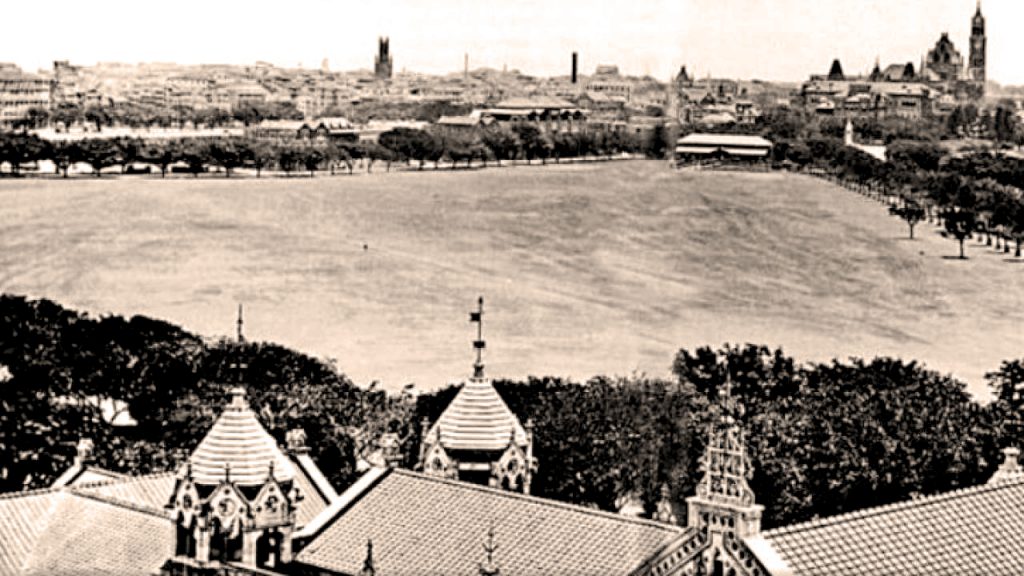 India as a team quickly began playing serious cricket, nationally and internationally. The first time India played a test match was against England at Lords in 1932. It had to wait almost two decades for its first Test victory at Madras (now Chennai) in 1951–1952. The team defeated England. The first series win was especially sweet because it was against arch rival Pakistan in 1952.
Cricket steadily gained popularity in the 20th century, and the men who represented the country were regarded as no less than superheroes. Names like Sunil Gavaskar and Gundappa Viswanath, both diminutive men who possessed towering skills with the bat, and the fearsome spin-bowling quartet of E.A.S. Prasanna, R. Venkataraghavan, S. Chandrasekhar and Bishen Singh Bedi have gone down in the annals of world cricket. Come the 1980s, new ‘superheroes’ emerged, responding to new challenges as the game evolved. Kapil Dev, known as the ‘Haryana Hurricane’, made a name for himself as an all-rounder – as different from specialised batsmen and bowlers – and achieved the impossible by captaining the country’s One-Day International team to lift the Prudential World Cup in 1983, defeating favourites, the formidable West Indies, after starting as underdogs. In 1985, the country won the Benson & Hedges World Cricket Championship, defeating Pakistan in Australia. Since then, Team India has gone from strength to strength.

The God of Cricket 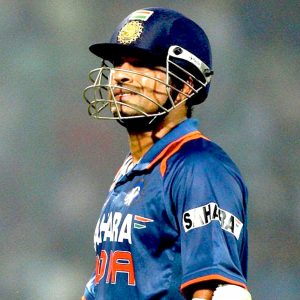 Sachin Tendulkar has no equal in Indian cricket. The ‘Little Master’ has innumerable records in his name, including most runs in Test cricket (15,921), the first to score 100 centuries in international matches and the first to cross the 30,000 run mark in all forms of international cricket. Wisden ranked him the second greatest cricketer of all time, after Sir Don Bradman. No wonder he’s considered a demi-God – literally. There’s a temple dedicated to him in Bihar, where his fans offer worship.

Cricket was initially a game for the elite in India. Young men from the upper crust in India went to study in England and took up the game in right earnest. Prince Ranjitsinhji and his cousin Duleepsinhji played county cricket in England, and excelled at the game. (Although the former never played in India, the foremost domestic tournament carries his name – the Ranji Trophy.) The Nawabs of Patiala and Pataudi (two generations) were among the most ardent and talented cricketers. But cricketing talent wasn’t restricted to blue-blooded Indians. Palwankar Baloo, who was born to a family belonging to what was then considered an untouchable caste, started playing with equipment discarded by British soldiers in Poona (now Pune) and was spotted by J.G. Grieg, a cricketer of some repute. He developed into a formidable bowler on the Hindu squad in Bombay, overcoming opposition to his presence from upper caste Hindu players. In course of time, his four brothers too found places on the team. Baloo and his brother Shivram were responsible for the Hindu side notching up a landmark win at the Bombay Gymkhana in 1906.

The cricketing venues of India are iconic. Each has a distinct ambience and crowd-feel and claim to fame. Eden Gardens in Kolkata is India’s oldest cricket stadium and seats around 66,000. The spectators there have been known to be partisan on occasion.
Chennai’s M A Chidambaram Stadium is known for its sportive crowd. Witness the India-Pakistan ding-dong test match in 1999, which the visitors won by a whisker. Chennai’s cricket lovers, although badly disappointed, literally rose to the occasion – they gave a standing ovation to the Pakistan side captained by an appreciative Wasim Akram.
Located at a height of 1,317 metres above sea level, the Dharamshala Cricket Stadium is among the most scenic in the world. Dharamshala is the seat of the Tibetan Government in Exile, and it is a tradition for the Dalai Lama to come to the grounds and bless the players at important matches.
The Wankhade Stadium in Mumbai was the setting for India’s World Cup victory in 2011. It was here that Sachin Tendulkar ended an era by announcing his retirement after his team lifted the Cup. The Feroz Shah Kotla Stadium in Delhi is the second oldest in India and the site of some incredible feats with ball and bat, both by Indians and by visiting teams. It was here that Anil Kumble took 10 wickets against Pakistan in 1999 and here that the West Indies scored their highest runs in ODI in 2011.

At draw of stumps

The names of those who currently represent India in various avatars of the game are fresh in the minds of aficionados of cricket. Virat Kohli, a veritable virtuoso and captain across formats, the swashbuckling Shikhar Dhawan and the mercurial Harbhajan Singh have been long-standing favourites. Pujara, Rehane, Bumrah and Bhuvaneshwar Kumar are some of the relatively new superheroes. Every IPL edition throws up more talent. Enjoy the upcoming cricketing season, and watch out for new stars on the firmament. 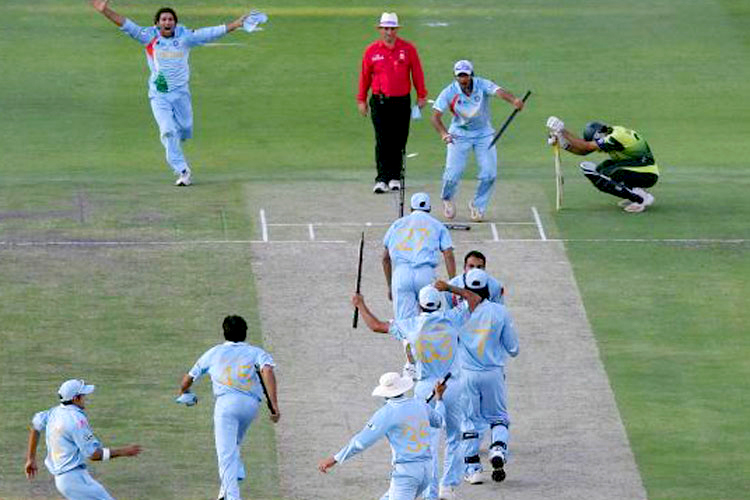 There are some vignettes that will forever be etched in the minds of Indian cricket fans. One such is the catch taken by S. Sreesanth at Johannesburg to dismiss Misbah-ul-Haq and defeat Pakistan by five runs to lift the ICC T-20 Championship in 2007.
A recounting of the fortunes of the team and the exploits of all the men who have guided the country to its present position of eminence would fill a couple of volumes. Here, in no particular order, are a few of the names that immediately come to mind – Polly Umrigar, Vijay Hazare, Vinoo Mankad, the Amarnath father and sons, Virender Sehwag, Mohammad Azharuddin, Vinod Kambli, Sourav Ganguly, Rahul Dravid, V.V.S. Laxman, K. Srikkanth, Roger Binny, L. Sivaramakrishnan, Syed Kirmani, Chetan Sharma, Irfan and Yusuf Pathan, Ashish Nehra, Dilip Vengsarkar, Ishant Sharma, Zaheer Khan, Subhash Gupte, Suresh Raina and Rohit Sharma. 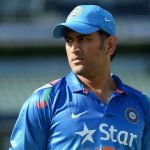 MS, Mahi – Mahendra Singh Dhoni is known by many names. He is considered one of the best wicket keepers in the world, and his finishing skills in limited overs cricket are legendary. But it is as skipper of the Indian team that he has achieved the most renown. He captained India to the most wins in Tests, ODIs and T-20s, but he himself remains unflappable at all times, a trait that earned him the moniker Captain Cool.

Test matches (played over five days) ODIs or One-day Internationals, as the name implies, are restricted to one day encounters.
T-20s: The name refers to the 20 overs each team is mandated to bowl.
Day-night matches: Earlier, the light was a factor in deciding when to call a halt to play. Floodlights now enable matches to begin in the afternoons, and segue into the night.
IPL or the Indian Premier League is the latest development in the country’s cricketing scene. Teams, including players from across the world, owned by various persons or entities compete for the trophy. Team owners bid for the players, paying sky-high sums. The 11th season of the tournament is round the corner. Taking the excitement up several notches is the fact that 2018 marks the comeback of the hugely popular Chennai Super Kings, after a two-year ban. The Board of Control for Cricket in India (BCCI) is the national governing body for cricket in the country. Its headquarters, Mumbai, is where all the decisions relevant to the game are made. Currently, the International Cricket Council (ICC) ranks Team India first in both the Test and ODI segments and third in T-20 matches. 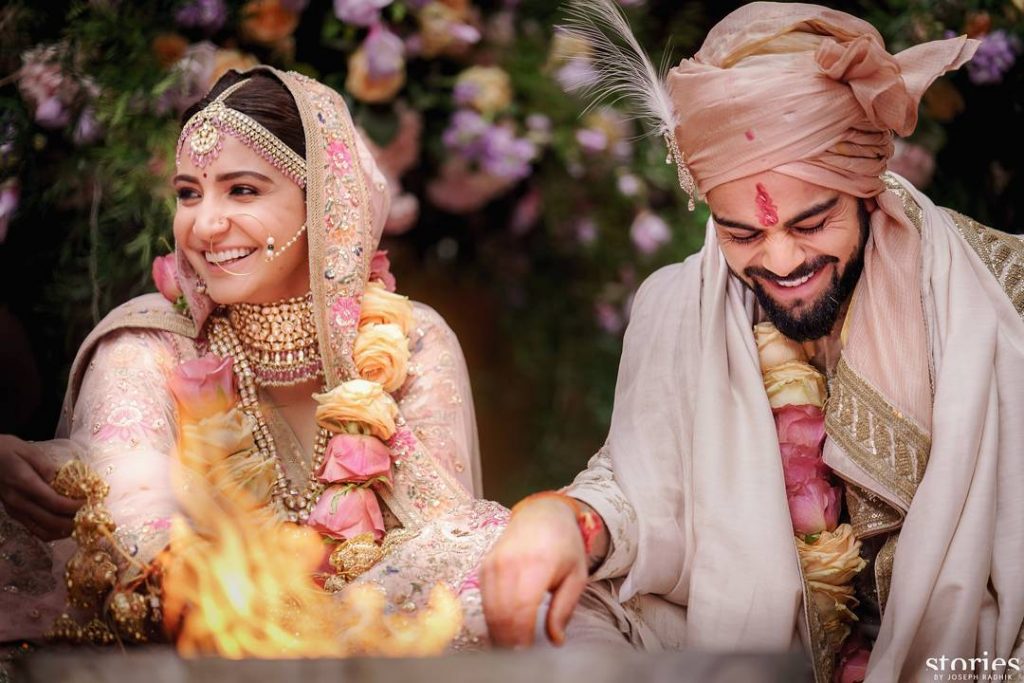 There seems to be a powerful attraction between the heroes of the cricket field and the heroines of Bollywood. In some cases, this attraction culminated in marriage. The most celebrated of such couples are perhaps Mansoor Ali Khan, Nawab of Pataudi, one-time captain of the Indian team, and the charming Sharmila Tagore, and most recently, India’s current captain Virat Kohli and the lovely Anushka Sharma (pictured below). Other Indian cricketers whose brides have graced the silver screen include Harbhajan Singh, who married Geeta Basra, Yuvraj Singh, whose wife is Hazel Keech, and Zahir Khan, who tied the knot with Sagarika Ghatge.