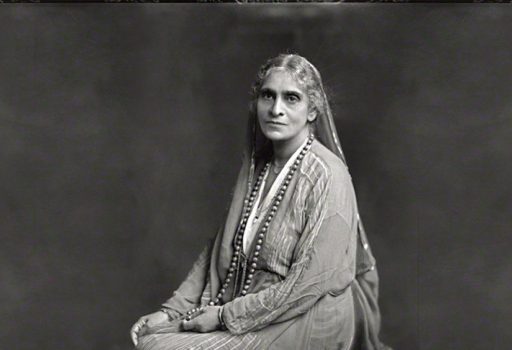 Although intelligence is traditionally not readily associated with femininity, the Bhagavad Gita extols the advantages of Medha – intelligence – in a woman. In the late 19th century, a girl from anordinary family made history by becoming the first woman graduate in India. Although the system threw up repeated roadblocks, she found support from people as eminent as Florence Nightingale and renowned philosopher Benjamin Jowett in furthering her studies in England, and later battled odds to work in India. We begin this segment with her story.

…Is an asset forever – to her family, her country and her place of work. More importantly, it is the duty of both men and women to appreciate and nurture this intelligence, so that it may serve its fullest potential

Cornelia Sorabji’s life was full of ups and downs. More downs than ups. She could never take anything for granted, not even her achievements. Born in 1866 to Reverend Sorabji Karsedji and Francina, she was one of several children. Her parents started a number of schools for girls at a time when education for girls, especially underprivileged ones, was almost unheard of in India. The Sorabji girls excelled academically, and their father believed they could go far. Yet, Rev. Karsedji could not get his two eldest daughters admitted to the Bombay University because at that time girls were not given admission for higher studies. He succeeded with Cornelia, and she became the first woman to pass out of an Indian University. She achieved the feat despite her fellow male students shutting her out of lecture rooms many a time, simply because they could not accept women entering their ‘territory’. It was a situation she had to face time and again in her life. Because of her gender she was denied a scholarship to study at Oxford, for which her marks made her eligible. A group of women, including Florence Nightingale, pooled in personal money to pay for her education.
Cornelia became the first woman to study law at Oxford and the first Indian woman to study in a British university. But she could not collect her degree, because Oxford did not at that time issue degrees to women! She had to wait 30 years for the rule to change.
Cornelia came back to India hoping to work for the uplift of women, only to face a government directive that women should not be allowed to practice law. But she did not let the many setbacks keep her down. She used her considerable intelligence to find a way to outwit the skewed system, and put her education to good use. She took up the cause of the Purdahnashins, women who were married off at a very young age and subjected to all kinds of inequity and cheated out of their wealth merely because they were uneducated, deliberately kept unaware and were prevented by custom from having contact with the outside world.
Finally, Cornelia was given permission to represent the Purdahnashins as a legal advisor. And in 1924, the legal profession was thrown open to women in India.
To Cornelia also belongs the credit of being India’s first woman civil servant. She helped reform laws on child marriage and the treatment given to widows. She was awarded the Kaiser-i-Hind Gold Medal for public service in 1909. She did not come from a rich, influential or royal family, and many controversies dogged her. Her successes were bitter-sweet as they were so hard won. Yet, she did succeed – because of her intelligence and persistence. And because of these qualities in her, India today has a galaxy of women lawyers, judges and legal activists who have made the country proud.
At the Core
Intelligence is not just the ability to grasp and learn concepts and come up with new ideas and thoughts. It is also the ability to understand how best to deal with a given situation, and make the most of opportunities, and setbacks as well. Traditionally, women have had to fight for their corners in most parts of the world, down the ages. Although not many may have succeeded as dramatically as Cornelia, in their own small, often unacknowledged ways, ordinary women constantly make adjustments in their everyday lives to cope with challenges, be it from an unfair social system, a tough work scenario, or a combination of both. The collective intelligence bred into women helps them soothe ruffled feathers and facilitate winning deals in boardrooms and at political negotiati

ng tables, as much as it helps them balance a physically and emotionally demanding job, say, as a nurse or policewoman, with the responsibilities of looking after growing children and dependent elders on an everyday basis.
In today’s artificial intelligence–driven environment, the intelligence that a woman can bring to the table is special indeed. And when it combines with intuition, which is innate in women, it becomes a formidable force. Law is just one of the many fields in which women can bring their intelligence to bear. When opportunities for women at all levels of the workforce are opened up to achieve a 50–50 gender balance in employment, the world will benefit.
Echoes at Home and Elsewhere 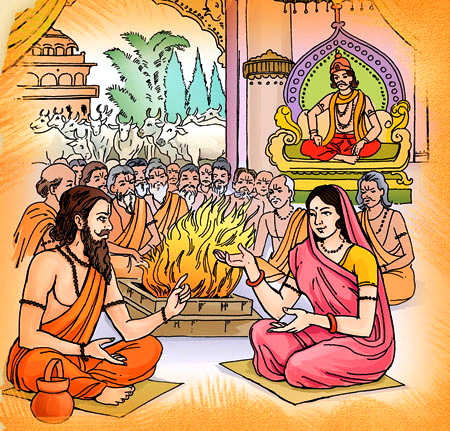 Gargi was a woman sage in the ancient Indian court of King Janaka. She had enough confidence in her own intellectual capacity to challenge the renowned Sage Yajnavalkya to a debate, and when he answered all her questions, she also had the humility to acknowledge him as the wisest person. Perhaps a combination of superior intellect and humility is a form of intelligence that women cultivate instinctively. (Incidentally, King Janaka invited sages to hold discourses in his court so that his daughters could be exposed to their wisdom. Sita, who went on to marry Lord Ra

m, was one of Janaka’s daughters, and studied under Gargi.)
History is peppered with examples of women of extraordinary intelligence – women who have used their intellects to scale fabulous heights in diverse fields. From Artemesia, the warrior queen who helped Xerxes, king of Persia, to defeat the Greeks, and then persuaded him to give up his plan of invading that country, through Nobel laureate Marie Curie, the late Prime Minister of Israel, Golda Meir, the first woman in the world to pass out of medical school, Elizabeth Blackwell, award-winning journalist Barbara Walters and educationist Maria Montessori, to the woman-in-the-street who manages the meagre household kitty to ensure that her family has at least one square meal a day and a chance at education, the intelligence of women has always made a difference to the world around them.
Well Said!
“Girls should never be afraid to be smart.”
– Emma Watson (English actress and activist. One of her earliest and best known roles was as Hermione in the Harry Potter series of movies.)