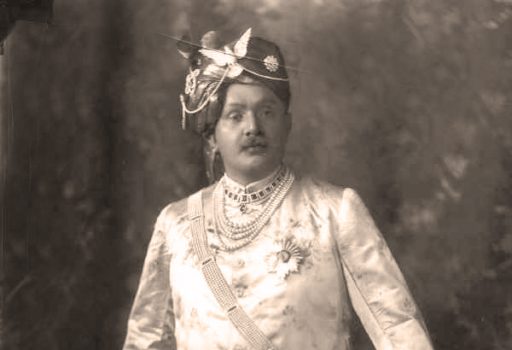 What is the story behind a school in Poland bearing the name of a former Indian king? Who was Maharaja Digvijay Singh, and why do many Poles remember him with fondness even years after his demise? Read on to uncover a little-known but powerful story of compassion and love 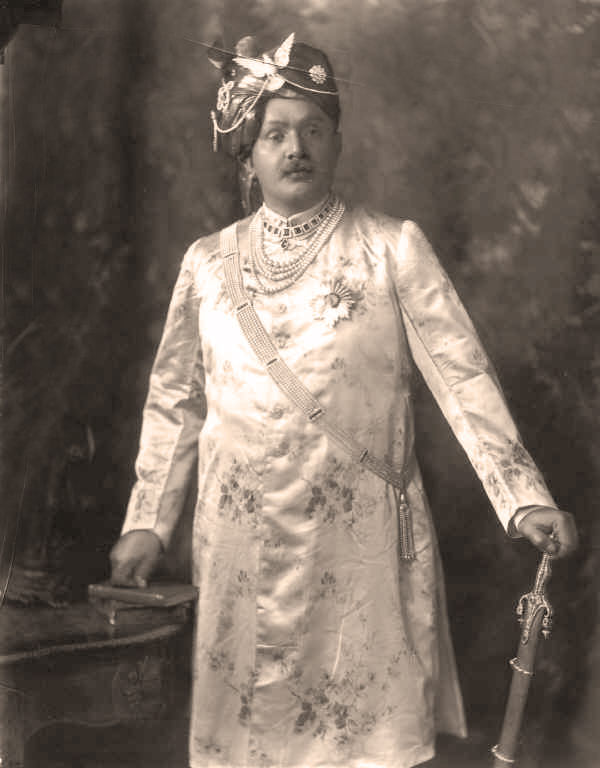 The board says ‘Jamsaheb Digvijay Singh Jadeja School’. Although that is rather a long name for a school, there is nothing particularly unusual about it. Except that it is not in India, as the name would imply, it is located in Warsaw, Poland!
What is a school dotted with pictures of Indian gods and goddesses, paintings and murals of classical Indian dance forms, indigenous art of India, and even rangoli – traditional designs drawn on thresholds – doing in a country more than 6,000 km away? That is a long story.
Seeking Sanctuary
The story began in the 1940s. Hitler invaded Poland, triggering World War II. The Red Army of the erstwhile USSR marched in too, and took many men, women and children to camps in Siberia. But when Hitler invaded Russia, that country joined the Allies. Polish men in the camps were drafted into the army. The women and children, many of them orphans, were permitted to leave. But where were they to go? Their own country was still under enemy occupation.
Country after country shut its doors to the traumatised Poles. Until their plight reached the ears of one man – HH Maharaja Jam Saheb Sri Digvijaysinhji Ranjitsinhji Jadeja, GCSI GCIE. The ruler of the princely State of Nawanagar in present-day Gujarat, he was serving on Britain’s Imperial War Cabinet when he heard of the problems facing the refuge seekers. He immediately offered to host them in his state.
As the heir and nephew of the famed cricketer Ranjitsinhji, Digvijaysinhji knew something about Poland and its people. Through his uncle, who was India’s delegate to the League of Nations from 1920 to 1923, he had met the famous Polish musician-statesman Ignacy Paderewski. Later, in London, he met other Polish leaders.
I am Your Bapu!
There are differing reports of how these refugees came to India. Some accounts talk of an arduous, overland journey in trucks, others of evacuation by sea. Unfortunately, most of the records in India about their arrival have been lost. But the stories pieced together from documents in Britain and elsewhere, and the accounts of the evacuees themselves, show that there were multiple batches of refugees, and that explains the varying accounts. But the common factor in all these reports is the large-heartedness of Maharaja Jam Saheb Sri Digvijaysinhji Ranjitsinhji.
Despite India being a British colony, and, as such, part of the Allies, the British rulers in India were not keen to receive the Poles. But Maharaja Digvijaysinhji stood firm. He overcame quite a bit of resistance and red-tape from the British Colonial Government. He found ways to get around all the hurdles the system threw up, even going so far as to produce certificates saying he had ‘adopted’ the Polish children. Maharaja Digvijaysinhji welcomed the refugees to Nawanagar, telling them that they were orphans no longer; he was bapu, father, to the people of Nawanagar, and by extension, to them too!
And thus, “India, though not sovereign at the time and not at all prosperous, became the first country in the world to accept and offer war-duration [domicile] at her own cost to the hapless Polish population rendered homeless and subsequently stateless,” says Prof. Anuradha Bhattacharjee, author of The Second Homeland, the extraordinary story of the Polish refugees. 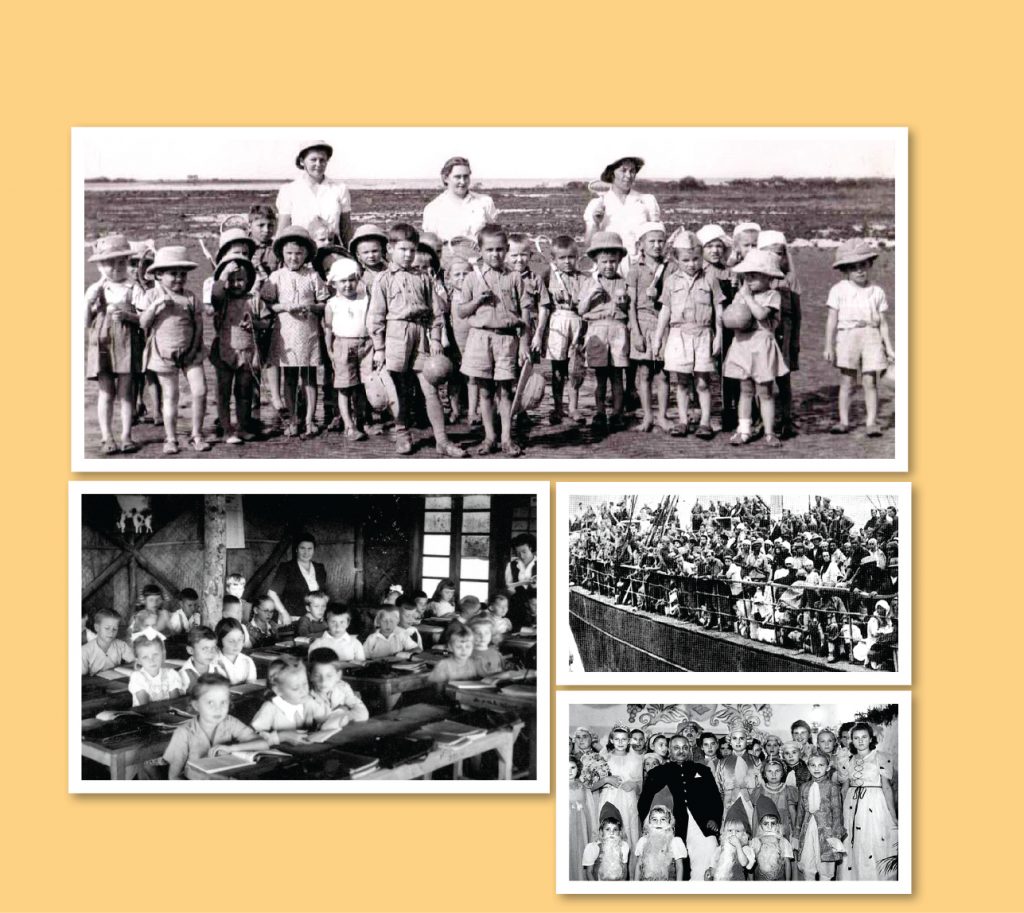 Open Hearts
It has to be remembered that during this period, India, like countries all over the world, was feeling the pinch of the War. It was also preoccupied with its own independence struggle, and the Princely States were gripped by indecision and uncertainty. Yet, Maharaja Digvijaysinhji was able to persuade rulers of other states to open their purses and their lands for the refugees from Poland. Corporate houses like the Tatas also pitched in, collecting what was then a huge amount of money for the upkeep of the Poles. The common people of India too showed no resentment towards the strangers who were given shelter and succour in their land.
Between 1942 and 1948, about 20,000 refugees stayed or passed through the subcontinent of India. About 6,000 of them were granted war-duration domicile.
Transit camps were set up in various places, including some in present-day Pakistan, till permanent settlements could be built. The first came up at Balachadi in
Nawanagar. Another was subsequently established at Valivade near Kohlapur.
Polish Pockets
The locations for the permanent camps were chosen keeping in mind the type of climate that the children and the few adults who accompanied them were used to. The barracks at Balachadi were spacious, nothing like the overcrowded, cramped and often unhygienic sites in which 21st century refugees are herded.
At the peak of the refugee crisis, the Balachadi camp was home to about 600 inmates between the ages of 2 years and 17. The Maharaja coordinated with the Polish Government in Exile, and made sure that the ambience at the camp was as close as possible to their native land. He arranged for the children to be schooled, and there were even Catholic priests to take care of religious education and needs.
The children were emaciated and suffering from malnutrition when they arrived. They were also traumatised. Gradually, in the healthy environment of the permanent settlement, they regained their health, both physical and mental. Life in the camp was fun, remembers one inmate. The children climbed trees, swam in the sea, chased peacocks, and generally enjoyed their childhood. They even put up shows
of Polish national dances. The Maharaja attended many of these performances, and gave the participants gifts of Rs. 501 or Rs. 1001.

When the War ended, Britain recognised the Polish Government, and the refugees in India were asked to return home. But many of them opted to go to the United Kingdom, Australia, the United States and other countries where they made new lives for themselves. The Maharaja himself came to send off many of the returning batches at the railway station.
The repatriation process took a while, and, when India won independence, the Poles who were still in the country celebrated with their hosts.

Looking Back with Gratitude
Many years have passed since the last of the refugees left India’s shores. But the memory of the welcome they received from a country they probably had not even heard of till then remains in the collective heart of Poland.
The Government of Poland conferred the ‘Commanders Cross of the Order of the Merit of the Polish Republic’ on Maharaja Jam Saheb Sri Digvijaysinhji Ranjitsinhji Jadeja posthumously. The award has been instituted in recognition of the contribution of civilians and foreigners to good relations between Poland and other countries. And Maria Krzyszt, who was Poland’s Ambassador to India from 1993 to 1996, felt that naming a school after the Maharaja would make “students of such a school … the custodians of the valuable history”.
It does not stop with the name either. The Indian tradition of warm-hearted generosity is carried forward at the school. Children of refugees from various strife-torn countries across the world are provided free education at the Jamsaheb Digvijay Singh Jadeja School. What better tribute to the spirit of Indian generosity and hospitality?
Vasudhaiva kutumbakam – the whole world is one family!