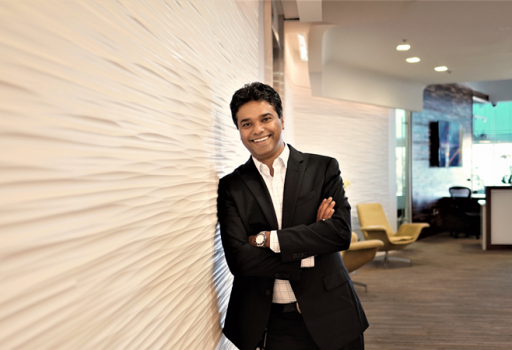 The desire to help create a space that treats the specially abled just the same as everyone else led V.R. Ferose to institute the India Inclusion Summit (IIS). We look back at the IIS’s key legacies and the way forward 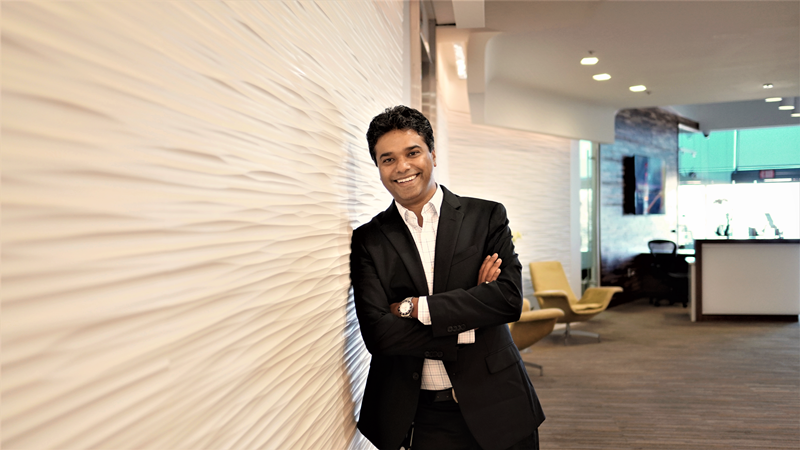 V.R. Ferose’s son, Vivaan, was 18 months old when he was diagnosed with autism. As Ferose and his wife worked on getting the child the special care and medical supplies needed, they became aware of the challenges that parents of specially abled children face. The issues ranged from lack of awareness and empathy, to inadequacies and inefficiencies in schools, medical systems, workplaces and so on. As the Senior Vice President and Head of Globalization Services at SAP, Ferose was not hard-pressed when it came to finding the right resources. However, rather than take it for granted, he took a step back and observed the larger picture on hand. “While I was fortunate in many ways, to have the access to take care of my son’s needs, most people were not. I deeply felt the urge to change things,” he remembers. His urge to enable positive social change gave rise to the India Inclusion Summit (IIS) – a platform to celebrate the uniqueness of people with disabilities – in 2012.
The idea started over an informal conversation with Dr. Arun Shourie (former Cabinet Minister and journalist), which touched on the latter’s experience of raising a son with cerebral palsy and his deep insights into the challenge. As Ferose recalls, “He asked me to get corporates and the community together under one roof – to debate the issues and drive the change.”
Since its inception, the annual event has seen a steady rise in attendance, with its online presence reaching a few million people. The community-driven platform was designed to create awareness in mainstream society on the need for inclusion and to identify the role corporates could play to support people with disabilities and drive inclusivity. It also acted as a channel for unsung heroes to share their personal stories of victory, and to create awareness of innovations in the field of disability.
In November 2016, the IIS session in Bengaluru saw the coming together of titans from around the world, such as Anshu Gupta (Founder of Goonj and a 2015 Ramon Magsaysay Awardee), Haben Girma (a White House ‘Champion of Change’), Felicia Shafiq (Canadian 2016 Olympic Paralympic women’s volleyball team member) and Mariappan Thangavelu (India’s third-ever gold medallist at the Paralympic Games).
In a one-on-one with Culturama, Ferose looks back at the legacy IIS has created, and the much-needed pointers to ensure that the winds of change are kept strong and steady.

From the time you started the IIS (in 2012), what are three notable changes/developments you have observed in the people who have been closely associated with the Summit, and the larger population?
The IIS was started with the idea that awareness is the lowest common denominator to change. When people are aware, they become more sensitive; and when people are more sensitive, they act to make a change. Since 2012, we feel we have got the topic of disability and inclusion to the mainstream. What was seen as a taboo topic is now openly talked about and even celebrated. I would say that’s the biggest change we have seen. At the same time, there are many unintended consequences of the inclusion summit, which are more anecdotal. Almost every day, people tell me, what they took away from the summit and how it has changed their lives for the better. In many instances, the summit was a place where people found HOPE. Every year, we have to close the registration months before the event and have almost 1,000 people on waitlist! For many the IIS has become the annual pilgrimage they make.
Individuals, corporates and governments – who among these three has the biggest responsibility in paving the way towards a more inclusive future?
Each of them has a role to play. I have come to believe that corporates have to lead the way, because they have the financial means and the intellectual capacity to make a tangible difference. Governments, on the other hand, have the ability to scale and create large scale impact – by introducing the right policies. However, individuals and the society at large, have to drive these changes. As John F. Kennedy said, “One person can make a difference, and everyone should try.” 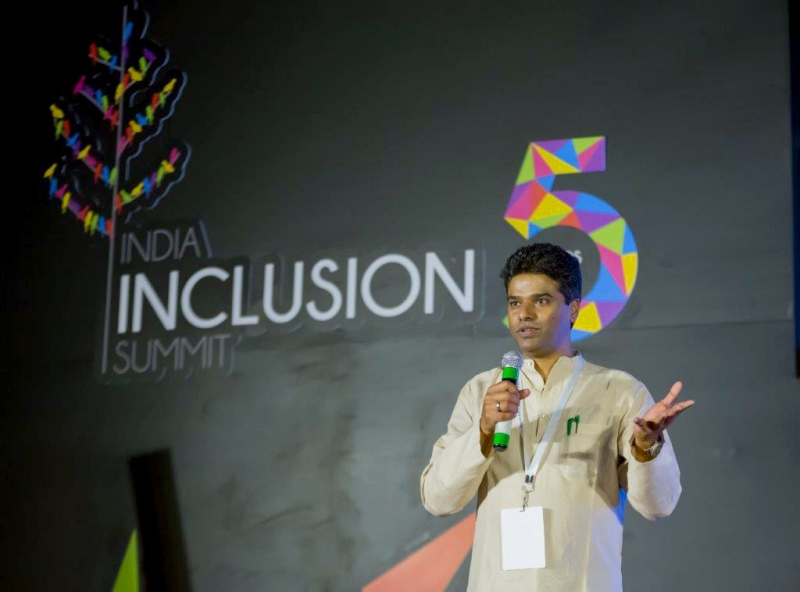 People who are differently abled often feel that their differences are like the proverbial elephant in the room. From personal experience, how can we encourage open conversation around these related issues?
From my personal experience of having a son on the autism spectrum, I realised that not treating them as different is the best thing we can do. We should have the same expectations and treat them with dignity, while making some adjustments to accommodate their special needs. Even though my son is non-verbal, we talk to him like we would to a person who can speak. We treat him like we would treat a so-called ‘normal’ person. That, we found, gave him the most confidence.

Change is said to begin at home – how can we ensure that this conversation is had in an effective manner on the domestic front? Are there examples of people you regard as inspirations in terms of leading the way for a more inclusive society?
I have learnt a lot from many parents who have children with special needs. I am learning every day in my journey, and no one is perfect. When I visited my friend Thorkil Sonne in Denmark, I was amazed how he conducted and included his son on the autism spectrum. He has three children and two of them are neurotypical. The entire family had dinner together and they conducted themselves as a regular family. The child on the autism spectrum was treated the same way as everyone else. 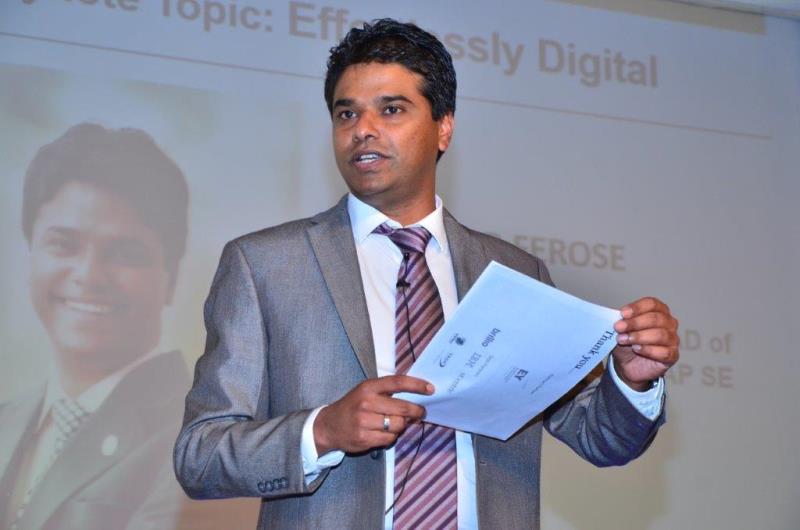 As a global leader who works with professionals across cultures, please share with us three crucial leadership lessons/tenets that will be useful across industries and countries.
I have believed in the following three things that are relevant in all walks of life:
Giving: True leaders give more than they take. They always ask a simple question: ‘What can I give?’ I learnt this from my interactions with Dr. Kalam (former Indian President, watch https://tinyurl.com/culturamainfocus). My friend Adam Grant, author of GIVE and TAKE, has widely documented that the most successful people are GIVERS. My next book is also titled GIVERS.
Humanity and kindness: The role of human beings is
to be human and that of mankind is to be kind. Most people forget this.
Finally, everyone needs to make the most of what he/she has. Life is never perfect or fair; so focus on what you have rather than what you do not have.

What could a good inclusivity organisation policy look like? How do we coach HR and co-workers?
Inclusion should be a way of life and needs to be practised from the top. I have seen good policies not being practised; and great inclusive organisations which practise the true spirit of inclusion (without focusing on policies). Everyone needs to walk the talk and it needs to be embedded in the culture. A good HR policy should only be a re-enforcement of the spirit of the organisation. I think the most important aspect is to treat “specially abled” persons as anybody else. Any special treatment is an indicator that we consider them as less capable. This also works against their confidence.