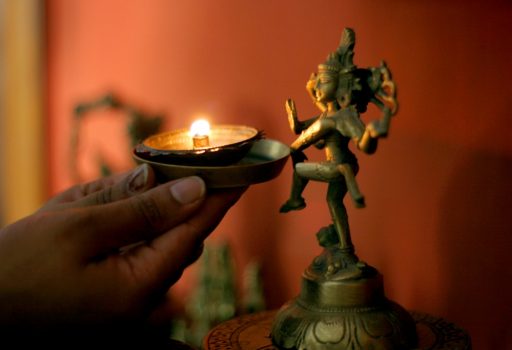 The idea that all living things are interconnected is the basis behind India’s many values and practices, which Indians follow even today. These practices reveal a deeper layer of interpersonal bonding, and are essential to establishing understanding and empathy in the larger society 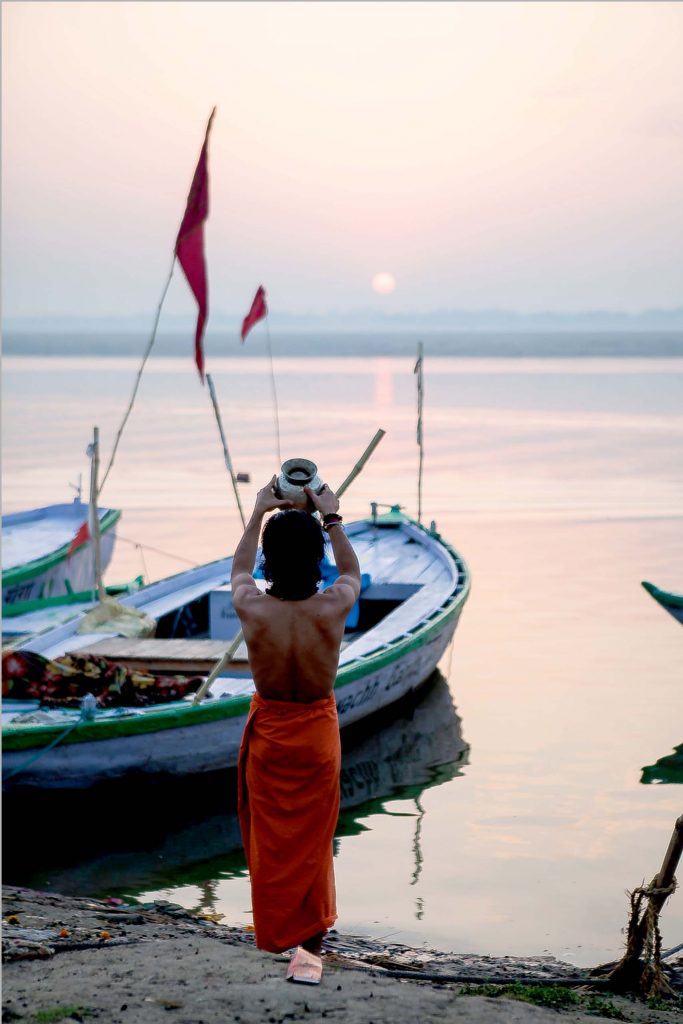 The sense of a connection to something bigger than the individual is a characteristic that defines an Indian’s way of life. Spirituality manifests itself in people’s religious practices and beliefs, but is also present in everyday behaviour. From the way Indians greet each other, to simple lamp-lighting ceremonies, inauguration rituals and the symbolism of wearing kumkum (red) powder or offering it to others, there are numerous ways that Indian society embraces sacred meaning and reverence towards the universe. This does not mean, however, that Indians are other-worldly or unconnected to the ordinary things of life.
Taking a Closer Look 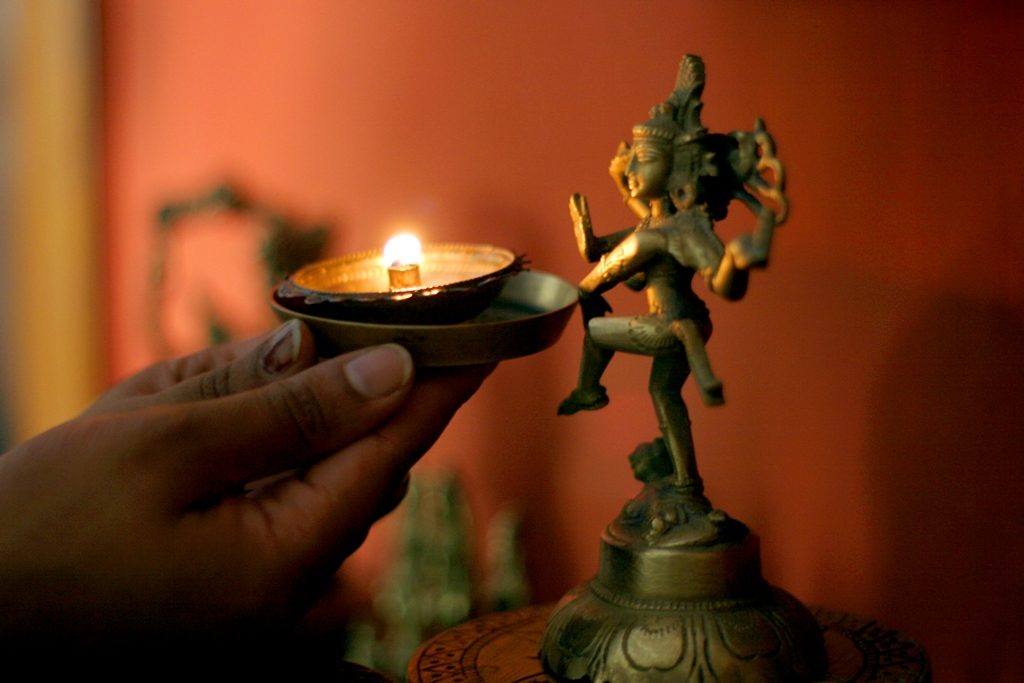 Indians greet each other with a slight bow and hands pressed together, saying Namaste, which stands for “You and I are one” and “I bow to the divine in you”. With India in transition, such underlying meanings may seem to be forgotten, but the belief that we have to respect the other person with an external bow continues to reign in the Indian heart.
The lighting of a lamp is practised across the whole nation. The spiritual significance of this ritual is to drive away the darkness of ignorance, of being separate from one another, with the light of knowing the unity of all life. It is also interpreted as harnessing material prosperity: if you light a lamp, Lakshmi, the Goddess of Wealth, will enter your home or office and shower you with plenty. Therefore, new ventures or a housewarming start with the lighting of
the lamp. 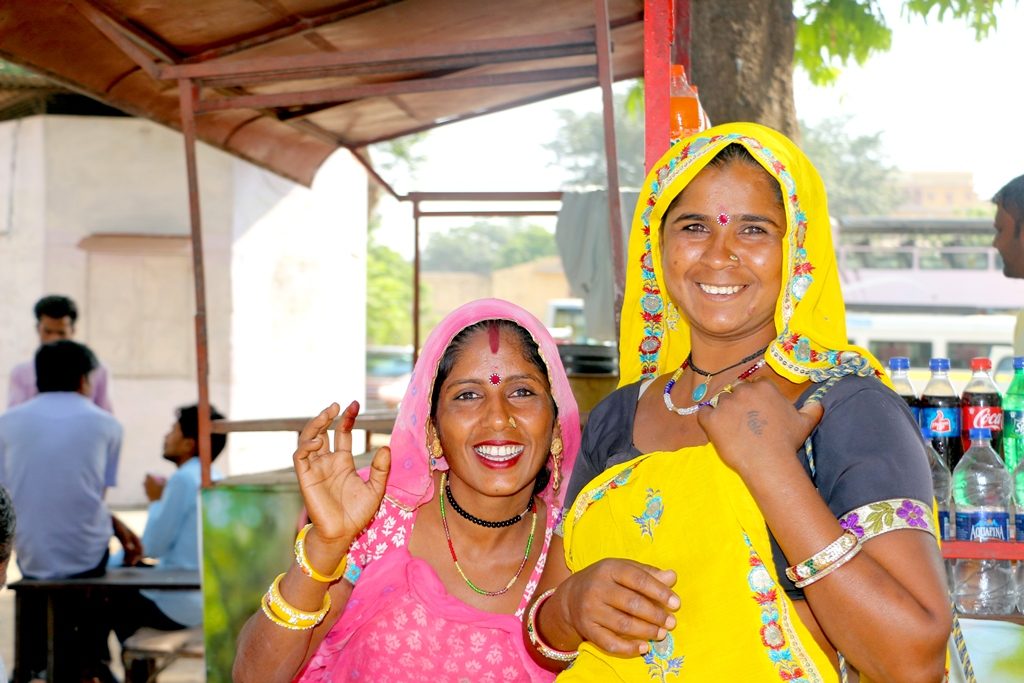 Sandalwood paste is integral to rites and ceremonies. It is considered sacred and is applied to religious utensils and decorates icons of the deities. Its distinctive fragrance means it is offered to devotees as it has a calming influence on the mind and is cooling on the skin. Red kumkum powder is offered to guests as a sign of respect. The manner in which it is offered may vary from region to region, but the gesture is venerated throughout India; and so offering kumkum binds the country in spirituality. These spiritual practices are also intertwined with Ayurveda, India’s science of good health.
Of Legend and Myth
“Shanno astu dvipade, Shan chatushhpade” are words from a Sanskrit chant that wish happiness for all two-legged and four-legged creatures on earth, reflecting the entire chain of being. All living things – plants, animals and humans – are interconnected and worshipped in the country in which four of the world’s greatest religions were born, Sikhism, Jainism, Buddhism and Hinduism. Other religions have long flourished on India’s soil: Islam, whose adherents represent a seventh of India’s vast population, Christianity, Zoroastrianism and Judaism. At four-fifths of the population, Hinduism is the greatest number, but the beauty of India is that all co-exist peacefully on a day-to-day basis despite government and leadership changes that appear to advance one or the other faith groups. India’s spiritual core is undiminished. There are many streets where you can see a tree being revered, milk offered to an ant hole or a cow being venerated. This worship of nature is also part of India’s interconnected psyche, as our Sanskrit chant reminds us.
The Here and Now
Although people continue to practise these everyday spiritual gestures, for many the rationale for the ritual is being lost. Government and non-government organisations are making a big push to understand the underlying beliefs that drive behaviour. One challenge is the few gurus and swamis who create scandal, leaving young people confused about who or what to follow. However, there are many more learned, kind and wise gurus leading groups across the country, such as Jaggi Vasudev, better known as Sadhguru, who started the Isha Foundation; the Art of Living, whose spiritual leader is Sri Sri Ravi Shankar; the teachers of the Chinmaya Mission; and the Sathya Sai Organisation, founded by Sathya Sai Baba. Modern Indians are following the teaching, not the guru, so that as long as India exists it will be a beacon of spirituality for the world.
Cultural Expressions 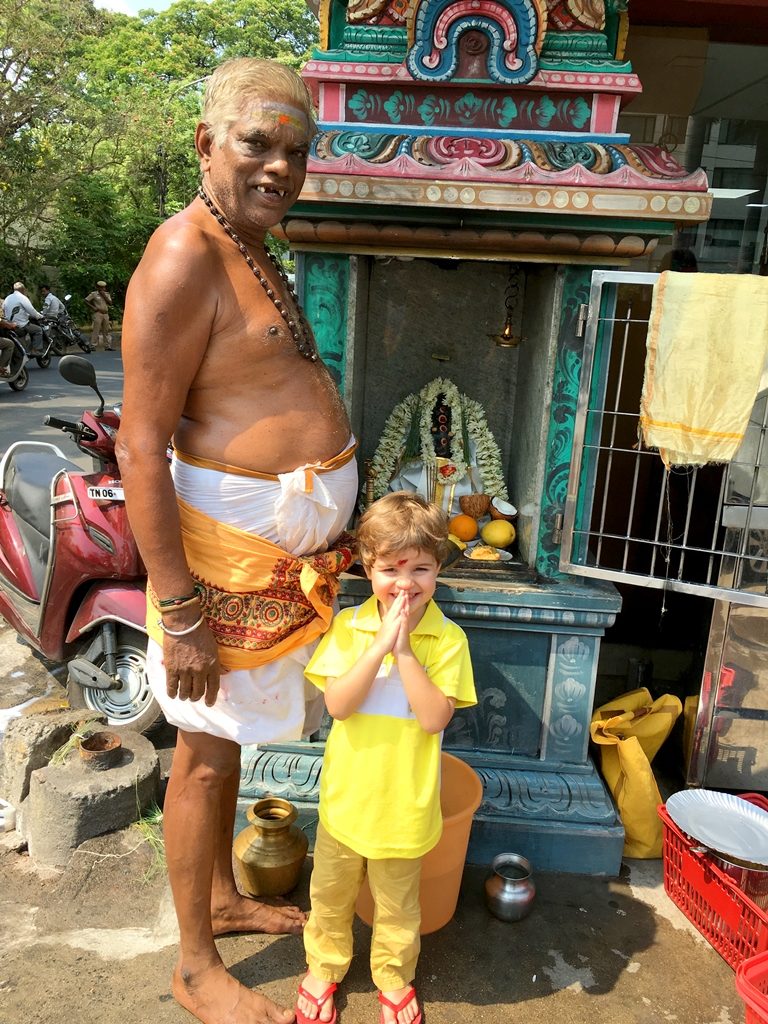 The Namaste greeting is a common cultural expression of India’s spirituality. In rural India, people even greet each other with the words Ram Ram, which means “Joy on your heart”, or “Ram Ram” and “Jai Shri Krishna”, salutations that are witness to the divine in the other person.
Incense sticks may be lit alongside a lamp and offered to the divine at the start of a working day, whether in an office or at a small roadside stall. The fragrant incense engages the mind towards the divine.
You may see a coconut being broken at a temple, a wedding, at the inauguration of a new factory. This is to bring good luck, but also has a spiritual purpose. The coconut represents the head, and breaking the coconut breaks the ego that prevents us seeing the unity of life.
World Echoes
In 2015, Prime Minister Narendra Modi met Facebook founder Mark Zuckerberg in California and the two participated in a Q&A session. Zuckerberg told a story about how he had taken inspiration for the future of Facebook from the spirituality of India. Early in the company’s history, before things were going well, Zuckerberg visited his mentor Steve Jobs for advice. Jobs told him that in order to reconnect with his vision of the company he should go to India and visit the temple that Jobs himself had visited early in his evolution of thinking about what he wanted his company, Apple Inc., to be. Zuckerberg recounted how he travelled around India for a month. He saw how Indians connected with each other and was inspired to think how much better the world could be if everyone had an opportunity to connect. The trip reinforced for him the importance of what they were doing, and has remained with him over the years as he has built
up Facebook.

In Conclusion…
Mark Twain wrote of Indian spirituality, “It makes our own religious enthusiasm seem pale and cold […] In religion all other countries are paupers; India is the only millionaire,” and from American historian Will Durant, “India will teach us the tolerance and gentleness of mature mind, understanding spirit and a unifying, pacifying love for all human beings.”