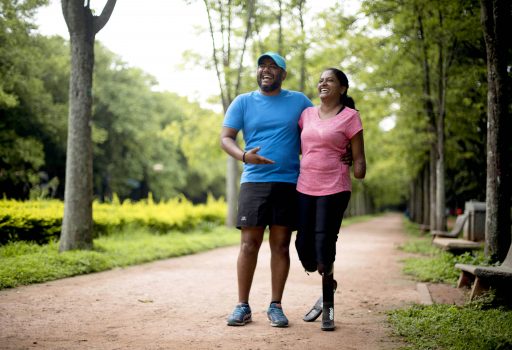 Dhriti, which can be translated as ‘determination’ is a quality that the Bhagavad Gita holds up as admirable in women. The ability to endure adversity and tenaciously pursue a goal is something that most women seem to be born with. It is a quality that helps them overcome grating, everyday trials, and when life knocks them down, it makes them get up and keep going.

What does it take to overcome the worst of tragedies and stand as an inspiration for generations to come? The answer lies in a quality women have nurtured for generations: Determination

What do you do when you are a bubbly 32-year-old, happily married, expecting a baby and a promotion, and fall prey to a rare disease which pushes you into a coma, makes you miscarry, and later causes you to lose all four of your limbs? You get up and run a marathon. If you’re Shalini Saraswathi, that is.
In an amazing show of determination, this young woman came up smiling from a blow so hard that it would have felled almost anyone else. In 2013 Shalini celebrated her birthday with her husband in Cambodia, and presumably that’s when she caught the rare bacteria called Rickettsial with morts.
On her return to India, she went into mulit-organ failure, and hovered on the brink of death for a while. Her spunk saw that she pulled through. But what she woke up to was shattering. Her legs had to be amputated, and subsequently she lost her hands, too.
It was heartbreaking to know that she’d lost her baby. It was excruciatingly hard, too to face the devastation that her body had gone through, and come to terms with it. But come to terms she did! In fact she went one step – no, leaps and bounds – beyond coming to terms with it. Shalini decided that she would not be ashamed of her scars and her disability, rather, she would wear them as proudly as Vijayalaya Chola did his battle scars in the famous novel Ponniyin Selvan. She stopped covering up her amputated limbs. She now dresses stylishly, no matter if her clothes leave her prosthetic
legs and her lack of hands exposed. She takes pleasure in her appearance.
Moreover, she vowed to herself that she would not let disability keep her down. Incredibly, she decided to take up running. She trained in running on her prosthetic legs. It was an agonizingly slow, gut-wrenchingly painful, process. But her determination saw her through. She began walking on her prosthetic legs only in 2014 but just two years later, she participated in the prestigious TCS 10 km Marathon. Shalini continues to run and inspire people to rise above difficulties and celebrate life.
At the core

There’s a Shalini Saraswathi in each one of us. All too often, life deals us blows. The blow could be financial, physical or emotional. It could be a debilitating, incurable disease or the loss of someone beloved. The blows may not be as harsh or as huge as the ones Shalini suffered, but relentless daily trials can take a toll on the human spirit too. They could be a chronically unhappy family life, a child with a life-long incapacity, a hostile superior or an unremittingly stressful job. Women are more commonly victims of these adversities than men. It is usually a woman’s lot to be stoic, turn a deaf ear and a blind eye to the many provocations in life, so that she can keep the peace at home and at work and juggle the demands of a family and an equally demanding job she can’t afford to give up. A woman instinctively knows that she carries a store of determination and tenacity within her, a collective resource that has been handed down to her over generations. If she reaches within herself – sometimes very deep within herself – this resource will help her deal with both sudden crises and relentless stress.

At home and abroad
There are many, many examples of how determined women have fought seemingly insurmountable odds and triumphed. There is Helen Keller who became deaf and blind before she turned two years old, but went on to become the first person with such a disability to earn a bachelor’s degree (in the 19th Century). She worked for the rights of the disabled, among other things.

J. K. Rowling, the creator of the enormously popular Harry Potter series, had to suffer rejection time after time and manage on a pittance as a single mother before her first manuscript was accepted by a publisher and became a money-spinner of colossal proportions.
Mallala Yusufsai of Pakistan defied threats from terrorists and stood up for the rights of girls to receive an education. She let nothing stop her, not even a bullet through her head which left her in a critical condition. She fought her way back to health and continues her activism.
And in India, Panna Dai comes to mind, the indomitable nursemaid to Prince Udai Singh. Determined to protect the 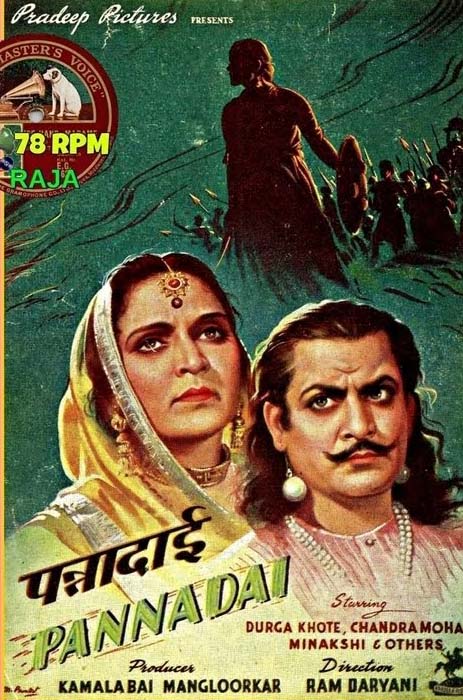 orphaned infant prince, she substituted her own baby for him and cheated the usurper of the throne who wanted to secure power. She had the prince secreted away to safety even as her own son was done to death. These are names which are almost household ones, women who have been held up as role models and icons. But for every one of such names, there are a thousand others who are unsung and unnoticed.
Look around. You’ll find many women who work a back-breaking 20 hours at home and outside to earn the money their husbands can’t or won’t provide in order to give their families basic necessities. Often, these women have to endure abusive relationships at home or at work. You’ll find women who single-handedly care for their severely disabled children while simultaneously looking after the rest of the household and contributing to the family kitty. You’ll find women facing down unfairness and bias to take their well-deserved places at the top of their chosen fields. This inborn tenacity, this personal courage, this determination to overcome hurdles big and small, this dhriti, is what makes women invaluable to the fabric of society and an asset at all levels of the workspace, and positively impacts both productivity and morale.
Well said!
“Always aim high, work hard, and care deeply about what you believe in. And, when you stumble, keep faith. And, when you’re knocked down, get right back up and never listen to anyone who says you can’t or shouldn’t go on.”
– Hillary Clinton
“Courage, sacrifice, determination, commitment, toughness, heart, talent, guts. That’s what little girls are made of; the heck with sugar and spice.” – Bethany Hamilton, who survived a 2003 shark attack in which her left arm was bitten off, but became victorious in surfing.