A woman of substance, Michelle Obama tells the world through her book Becoming that no hurdle is big enough to stop one determined enough to make it happen

A dark-skinned woman who walked in step with her husband… A VIP who didn’t hesitate to take off her shoes and play hopscotch with street children… An American who grooved to Bollywood tunes… A proud mother of two daughters… A highly qualified lady who gave up her career for her husband’s sake, but did not give up her identity…
Michelle Obama was a revelation to India–to Indian women in particular. She caught the imagination of the country, as no other American First Lady has yet done, when she accompanied her husband on his two visits to India in his capacity as President of the United States of America.
And now it is being emphatically brought home that it is not just with Indians that she struck a chord.

The Written Word
After eight years in the White House in the full glare of the limelight, her book Becoming has become, in the last few weeks of 2018, the best-selling book of the year! The former First Lady’s book tours are sold out, not only in the United States but also in London and other places. She has been interviewed by news channels and media persons who are celebrities themselves.
So why does the world want to know all about Michelle Obama? The answer, perhaps, lies in the title of the book – Becoming.
That’s what it’s all about – Becoming – Becoming something we had never thought we could become. And it’s in the present continuous.
Isn’t that what we all – men, women, Indians, Americans, Africans, Europeans, Asians, Australians, people everywhere – dream of, aspire to?
Michelle Obama’s story is the quintessential success story. She had a lot of cards stacked up against her. She was a black girl from a working-class family, both disadvantages in the country of her birth, despite that country flaunting equality and fraternity as its buzzwords. She was the daughter of a man struggling with debilitating multiple sclerosis and a woman who was a homemaker, both of them working hard to give their two children a decent upbringing. But this man and woman were unconventional in that they believed in their daughter as a human being, with no reference to her gender. Michelle has gone on record that she was feisty and confident from the start, and her parents had the wisdom not to try and tamp that down or out of her simply because she was a girl and would be perceived as ‘bossy’. Instead, they guided this feistiness and confidence so that she understood how it was possible to be brave and bold but still be beautiful, loving, kind and, well, feminine.
Michelle Obama’s mother Marian Robinson expected her daughter and her son to be responsible, and trained them to be so right from the start. Her reasoning – ‘I’m not raising children, I’m raising adults.’

Hers is a very human story, one that most of us can identify with. It is a story of persistent doubting of oneself, and answering that doubt with a categoric ‘Yes, I can!’ It’s the story of the girl who came from the blue-collar South Side of Chicago to study at the uptown Whitney Young High School, and realised for the first time that black people could become doctors and lawyers; the story of the girl who went to Princeton despite being told by some of her school teachers that she was ‘setting her sights too high’. A law degree from Harvard was a natural progression because she had realised by then that she could be ‘both brilliant and black’. It is the story of a career-oriented woman who went on to decide that her first priority was to be ‘mom-in-chief’, realising that only then would she be able to give her best to her ‘job’ – that of being First Lady of the United States.
Michelle says one of her aims was to reach out through Becoming to those people, particularly young girls and women everywhere, who looked at her with awe and said, ‘Michelle Obama – I can’t ever be that’; to tell them, ‘No, no, I’m you. At the core, I’m what you are. If I can do it, anyone can.’
Becoming an Inspiration
As India transitions from assigning stereotypical roles to women as homemakers and caregivers, to an appreciation of talented, ambitious women who have so much to give the world, there are still glass ceilings to be broken. Women are shrouded in guilt, wondering if they are doing enough in either or both of the two worlds they straddle – their homes and their workplaces. To these women, Michelle Obama stands out as someone who has walked the trail, and has valuable tips to offer on negotiating the potholes and the roadblocks along the way. 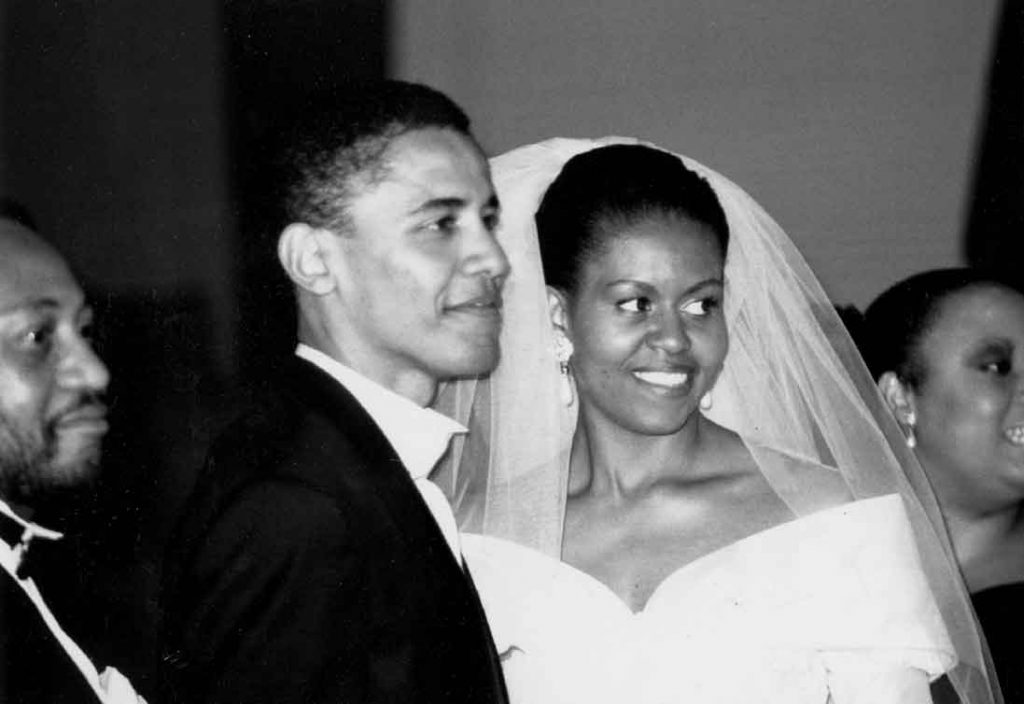 It is a question of balance. And, ultimately, ‘we find a way to do it all,’ she says.
She also realised how essential it is for a woman to ask for what she needs. When she was approached to resume her job as a lawyer, she found the courage to negotiate for herself not only remuneration commensurate with her capabilities but flexible hours so that she could take care of her little daughters.
‘I want them to understand what it feels like to do something you don’t like and to improve,’ she explains why she got her daughters to take up two sports – one they chose and one she chose for them.
As she walked with a group of schoolgirls through a crafts museum in Delhi during one of her visits, the little girls took turns to hold her hand. And she took the opportunity to underline the importance of education and exercise. ‘Because women have to stay strong.’ That was the same message she gave children at an orphanage in Mumbai. She hadn’t ever imagined she would one day be First Lady of the United States, but because she had an education, when that day did come, she was ready for it, she told the children.
Michelle Obama became – a daughter, a sister, a gifted student, a lawyer, a wife, a mother, a First Lady of the United States. And she’s still becoming – as we all are. As we walk into another year, let’s celebrate the process of becoming – better at who we are.

Don’t miss an excerpt from Michelle Obama’s Becoming, reproduced in this issue with special permission and arrangement with Penguin Random House 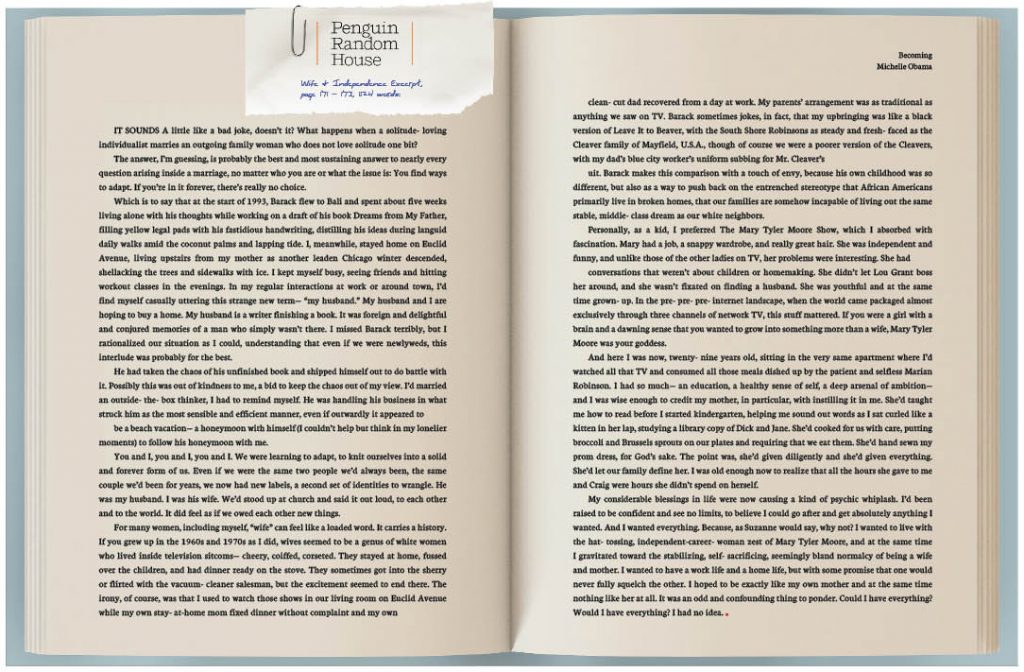