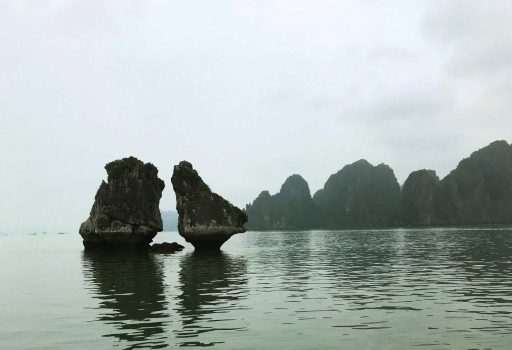 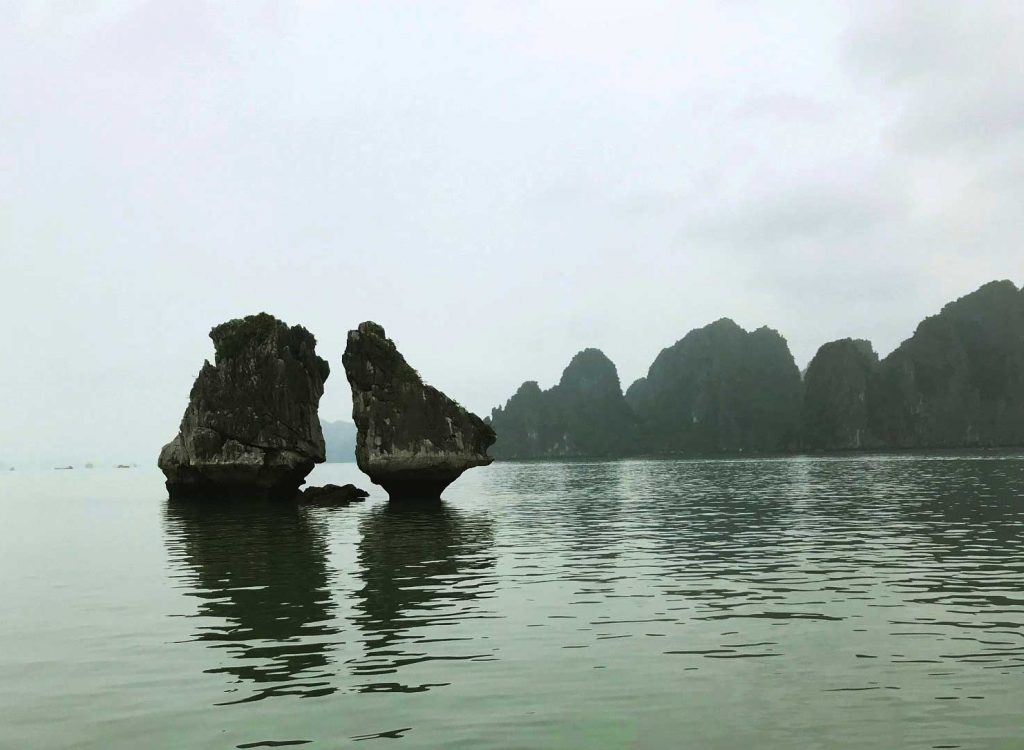 We were served raspberry bavarois as we took off for Ho Chi Minh, Vietnam, setting the tone for the delightful trip ahead. As we landed at Tan Son Naht Airport six hours later, I was reminded of the play Miss Saigon that we had once watched in our favourite New York theatre. Undoubtedly, Saigon, risen from the ashes and renamed, is a vastly improved spectacle.

The drive from the airport to the city is only 20 minutes. It seemed shorter as the taxi driver chatted pleasantly, reflecting the camaraderie that Vietnam exudes.

The square around the Opera House near Hotel Park Hyatt was abuzz with millennials and tourists, gathered to welcome the New Year. We joined the revellers, talented violinists, saxophonists, singers and dancers, to ring in 2019. Plus ca Change plus c’est la meme chose – indeed, the more it changes, the more it’s the same!

The morning after, people strolled into simple, efficient and reasonable spas at street corners to enjoy amazing foot massages and relax. 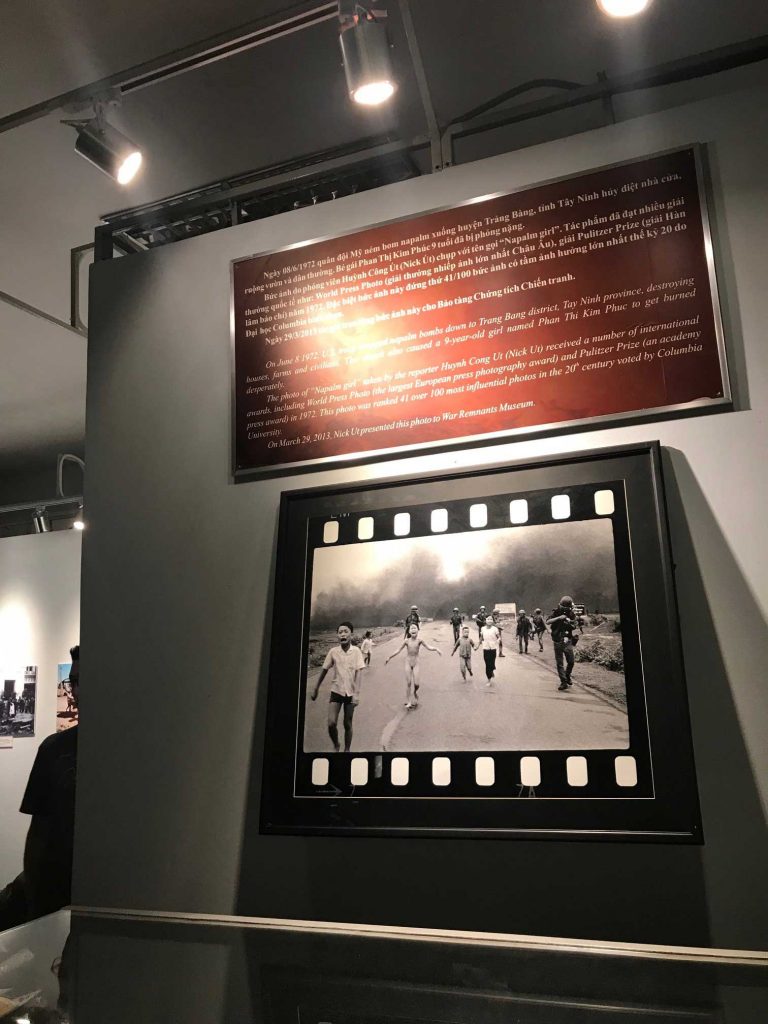 Feast for the Senses

The War Remnants Museum is a grim reminder of how man can turn against his brother…till man exists no more. Associated Press photographer Nick Ut’s Pulitzer Prize–winning picture of a little girl running naked down a street with other children, all victims of a Napalm bomb attack, has been donated to this museum.

Walking through Ben Thanh Market is a must. Rows and rows of dried fish and dried fruits vie for attention with lanes of fabric and clothing stores and artefacts. Bargaining is the name of the game as the shopkeepers welcome you profusely, tempt you with trinkets, drive a hard bargain and make you feel victorious by dropping the price as if to please you.

Tender coconut water or hot Vietnamese condensed milk coffee can refresh you on your amble back. The contraption the coffee is served in is very interesting, and the sweet, warm, flavourful liquid whets your appetite.

Lunch at Vietnam House is a must. The vegetables and seafood are fresh and tasty and the cooking apt for the Indian palate, although the Vietnamese chilli is too spicy even for the bravest amongst us! I enjoyed the dim sums and a plate of greens, freshly sautéed along with sticky rice. The non-vegetarian Pho beef noodle soup was a runaway hit with our party! 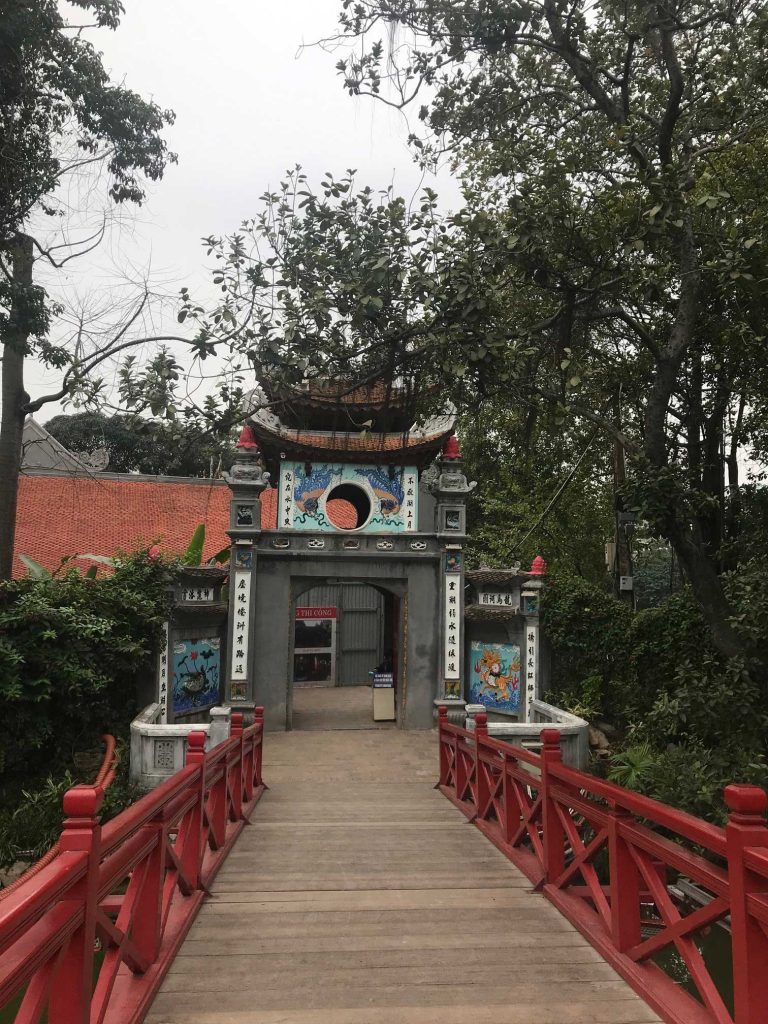 Turtle Lake is an artificial pond built between 1965 and 1967 connecting the French quarter and the old quarter in Ho Chi Minh. The cyclo, a three-wheeled bicycle, carried us around the city as we bid adieu to Saigon and flew to Hanoi. As the flight was readying to take off for this half-hour journey, six people quietly entered. We were awed to learn that one of them was Nguyen Thi Kim Ngan, the chairman of the National Assembly.

Hanoi – ha is river, noi is within, together meaning city between rivers. Many smaller rivers along with the Red River dot the city. The population of Hanoi is just 7.5 million, while it was 10 million in Saigon.

‘We youngsters forgot the horrors of the Vietnam war,’ says our guide Sam. ‘We are friends with Americans and the French. Only, we are a little careful about the Chinese!’

He was excited about his planned motorcycle tour to India where his friends and he wanted to rent Royal Enfield bullets – ‘very classic design and good price, so we love your motorbikes,’ he explained – and go to Ladakh. 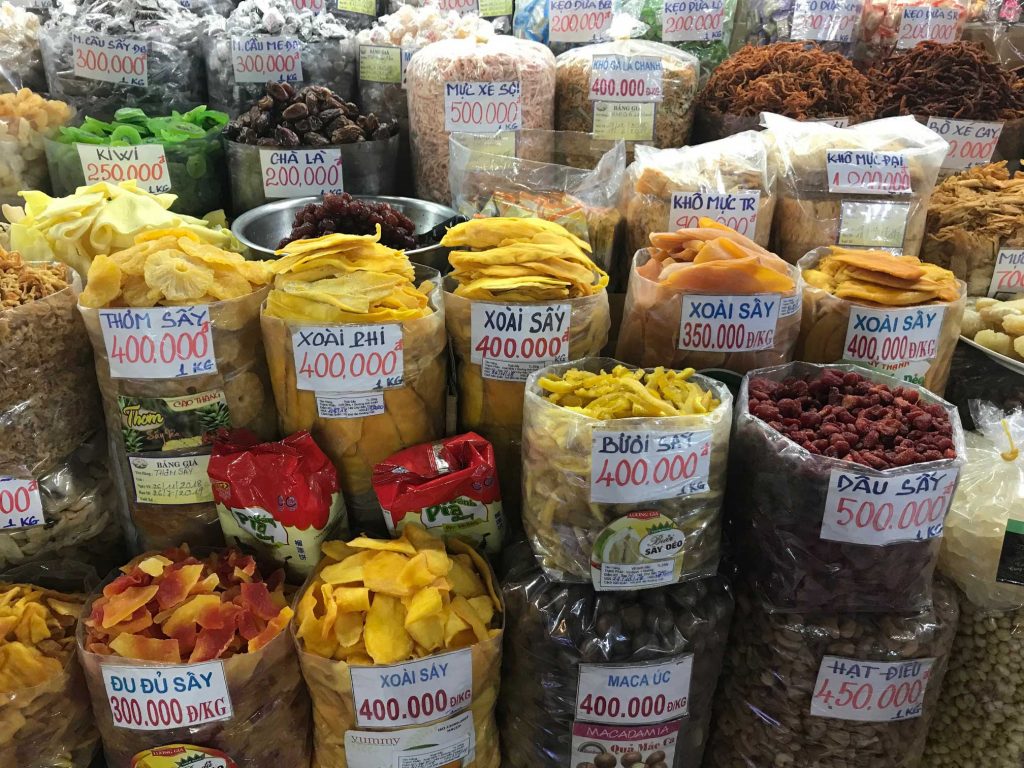 It is believed that a family of dragons came to protect Vietnam from China and they cast some pearls into the sea, which formed land masses in the ocean along the bay! The cruise boat takes you on a two-hour viewing, with lunch served on board. Fighting Cocks Islet is a rock formation and the symbol of Halong.

The only stop is a grotto filled with stalactites and stalagmites formed over thousands of years. A walk through the grotto reveals amazing hues of rocks and it is well-lit and airy enough for a comfortable walk-through. 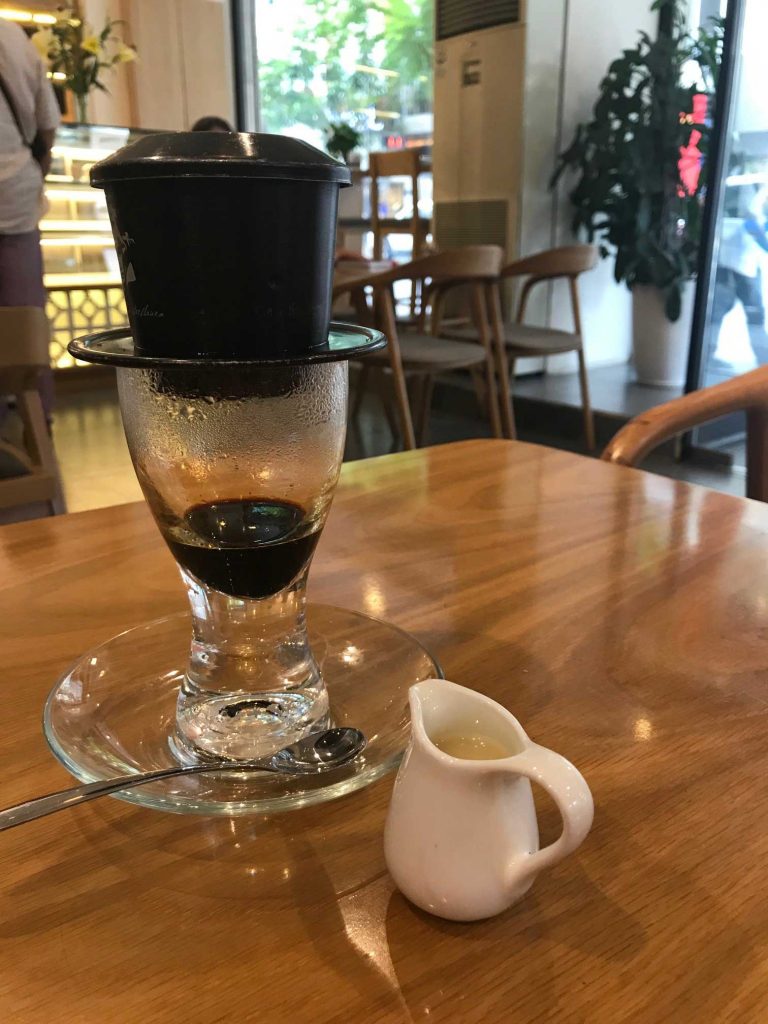 Taking LeaveWe headed back to Hanoi after stopping at a cultured pearl factory outlet. The demonstration of how a catalyst is added into an oyster shell, how it covers up the foreign object with its liquid to form pearls and then how the pearl is removed was an eye-opener. Armed with gifts of mother of pearl material and hot boiled peanuts to munch en route, the day would be etched in memory forever. 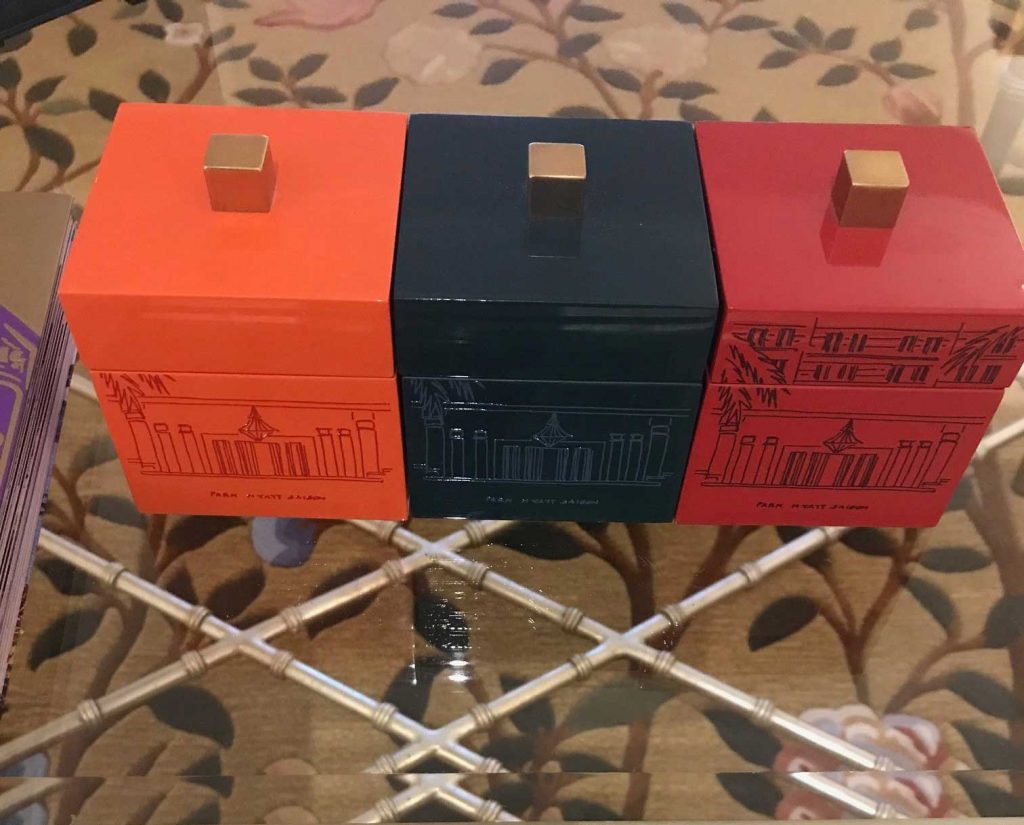 Sam dropped us off at the airport with a parting shot: ‘Saigon’s people are artsy and love a party or festival anytime. Hanoi’s people are hard-working and plan for the future.’ No prizes for guessing where Sam comes from!

The lemon tart on the return flight was a perfect grounding in age-old tradition and a good finale to our trip.

I strongly recommend that you make a trip at least once in your life to say, ‘Good morning, Vietnam’.