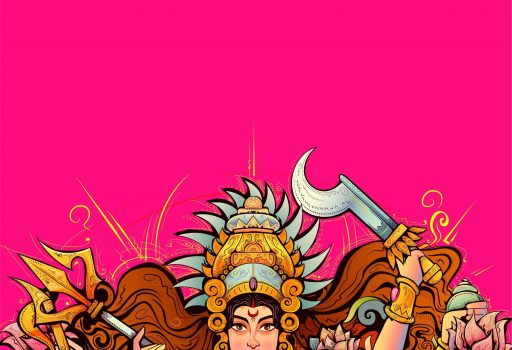 Suzanne McNeill explores the significance and the legends associated with Shakti 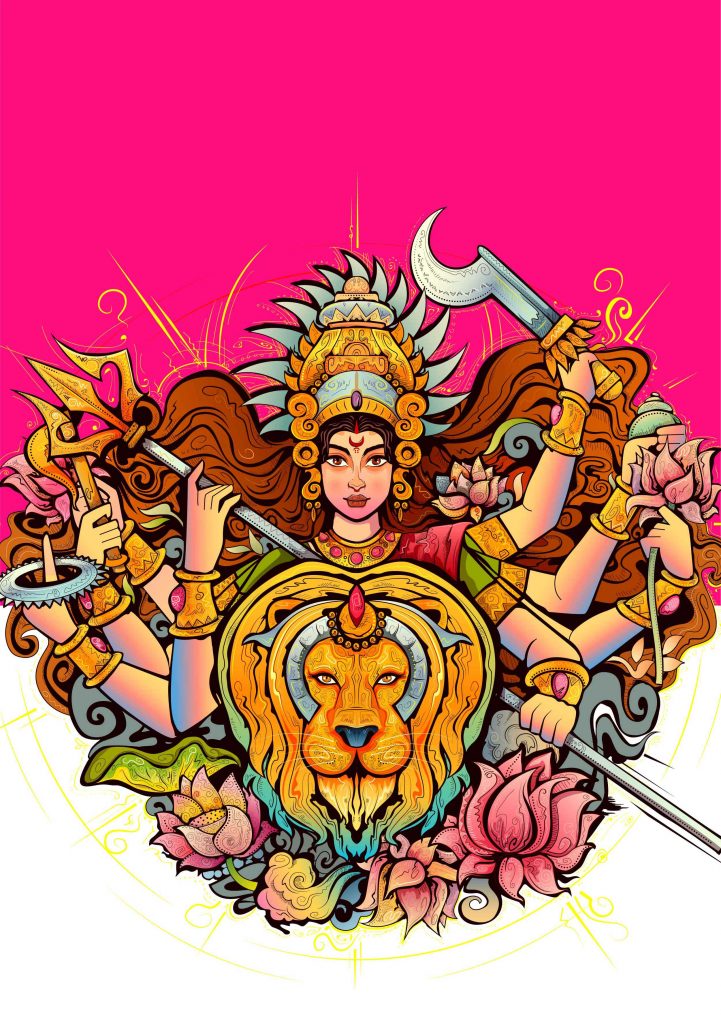 Shakti means ‘power’ or ‘energy’ and is imagined as female. Shakti is a supreme being, created from the united power of all the gods, and is the energy behind the power of nature, of the wind, the oceans, of fire and the sun, and of life itself. She is the Divine Mother who also exemplifies the strength latent in every woman.

The nurturing figure of a woman as homemaker, wife and mother is a potent symbol within India’s cultural heritage, and still influences how women are regarded within society. At the same time, goddess worship is a long-standing religious tradition in Hinduism. The energy of Shakti is manifested in goddesses who embody various aspects of power, both creative and destructive, and Hindu tradition considers women the vessels of Shakti. The power of the female is valued and elevated by several communities in India. The Nairs of Kerala followed the marumakkathayam system, whereby family descent and kinship, inheritance of wealth and the succession to property were traced through the female line, not the male.

The womenfolk of the Khasi and Garo tribal communities of the northeast Indian state of Meghalaya are empowered by their matrilineal systems of kinship, and by their inheritance customs: the greatest share of property passes to the youngest daughter, whose role is to continue the family’s ceremonial and spiritual duties, whilst her older female siblings are entitled to a share of their mother’s personal wealth. No man can possess landed property unless he has acquired it himself. The state of Manipur, also in India’s northeast, is known for its feisty women. Manipuri matriarchs have created a unique marketplace, the Ima Kaithal (‘Mothers’ Market’), set up by and exclusively for women traders. The system, which dates back 500 years, continues to thrive and acts as a medium of opportunity and achievement. The Mannarasala Temple in Kerala has a woman priestess as its head, known as the Mannarasala Amma, and reminds us that in Vedic times, women wore the sacred thread of the priestly caste, revealed holy truths and were among the sages who wrote the Rig Veda.

The principle of Shakti is personified in Devi, the Great Goddess and the consort of Shiva. In her various manifestations – as Durga or Kali, as Parvathi, Lakshmi and Saraswathi – she is the energy that imbues and activates the gods with power and creativity. She is the power behind her male consort. The mythological stories convey the belief that to make a man complete, and for him to fulfil his potential, a woman is essential. In fact, they’re two halves of a whole as symbolised in the figure of Ardhanarishwara, the combined form of Shiva and Parvathi, the left half showing female attributes, the right one male. One mythological tale says that an ardent devotee of Shiva refused to worship Parvathi, and rather than circumambulating the pair, attempted to slip between their feet. Shiva and Parvathi became one so that the devotee had to worship both.

The Here and Now

Throughout India’s history there have been women who asserted their rights, often in the face of opposition. During the 19th and 20th centuries, women became crusaders in the fields of education, science, law and public service. Women played prominent roles in India’s independence movement, and the achievements of a new generation of businesswomen are being recognised in India’s corporate world. India has elected women to positions of supreme authority, well ahead of many other countries. Indira Gandhi became Prime Minister in 1966. Pratibha Patil served as 12th President of India from 2007 to 2012. Meira Kumar was the first woman Speaker of the Lok Sabha from 2009 to 2014, and the present incumbent in the position of Minister of Defence is Nirmala Sitharaman. Such recognition of the abilities of women makes it hard to understand the modern-day paradox whereby women are missing from the workplace, or face assault and violence. Traditionally, women were very much part of the texture of India.

The qualities that make women powerful were embodied in the Bhagavad Gita, a pivotal part of the great epic Mahabharata, and are applicable today. These include kirti, or fame, witnessed in the collective success of the Ima Kaithal Mothers’ Market; smrithi, meaning strong memory and intuition, which makes women indispensable on teams; preethi, or love, that raises the human spirit whether at home, at work or on behalf of one’s country; medha, intelligence, as seen in the high educational performance of girls at school and college; dhriti, which translates as ‘determination’ and suggests the ability to endure adversity and be tenacious in pursuing goals; kshama, the quality of forgiveness: women are innately better at letting go of resentments and encouraging cohesiveness; shri, or prosperity, symbolised in the figure of Lakshmi and personified by the bride entering the domestic responsibilities of her new marital state; and vak, the power of effective and inclusive communication. 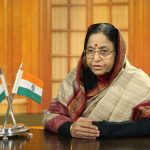 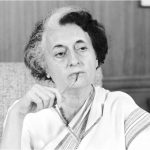 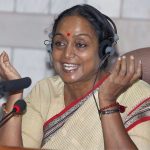 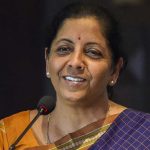 The idea of Shakti has been adapted around the world. It is a name used by women’s groups to support minorities and end discrimination and violence against women in Scotland and New Zealand. The book Shakti Leadership: Embracing Feminine and Masculine Power in Business (Berrett-Koehler Publishers, USA, 2016) discusses new models for business and leadership. Shakti is conceptualised as a way towards personal spiritual growth in many Western countries.

The phrase ‘Nari Shakti’ was named 2019 Hindi Word of the Year by Oxford Dictionaries, its annual choice that reflects the conversations and ethos of a particular year. Nari means ‘woman’, so the phrase translates as ‘female empowerment’. The phrase ‘Nari Shakti’ indicates the efforts and initiatives undertaken by government, civil society, NGOs and universities to empower women over the past 12 months, enabling women to recognise their rights and potential.