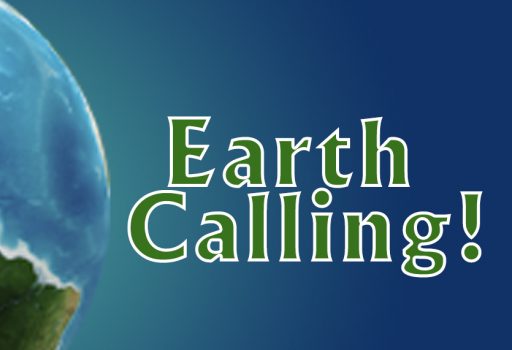 What is common between Khwaja Salim Chishti of the Ajmer Dargah in Rajasthan, Dr Bombay Jayashri Ramnath, Carnatic singer and composer in Chennai, Dr Roop Singh, Chief Secretary SGPC at Harmandar Sahib, Amritsar, and Ricky Kej, US Billboards chart topping singer, currently based in Bengaluru? All of them are associates of Earth Day Network India, promoting the cause of environment and conservation.

The Subtle InfluenceEarth Day Network (EDN) is the largest movement on environment in the world today, operating in nearly 200 countries. Its aim is to raise awareness about environmental issues, with this year’s focus being ‘Protect Our Species’. It tries to stress on the need to protect Nature and the environment not only for the benefit of economies of the world but also to improve the quality of our life, increase life expectancy and decrease the money spent on healthcare by investing in green energy.

EDN functions primarily through networking, as its name suggests. According to President Kathleen Rogers, the organisation does not have much by way of infrastructure, yet its impact is tremendous. ‘We have more volunteers than full-time staff,’ she says. Rather than working through environmental agencies, which is like trying to convert the converted, EDN uses ‘influencers’. These include faith groups, artistes and sports people who have a following, and urban city administrators who have decision-making powers to impact the space we live in.

EDN reaches out to the Christian world through the Pope. In India, it reaches out to Muslims through the Sufi Ajmer Sharif Dargah head, Salman Chishti; the Sikhs through their leadership in Harmandar Sahib (Golden Temple), Amritsar; and attempts are being made to connect with prominent enlightened Hindu priests.
Artistes as Ambassadors‘Arts for the Earth’ is one of EDN’s most important tools in spreading awareness; and artistes, film-makers and architects such as Leonardo DiCaprio, Louie Schwartzberg, Ed Begley, Peter Shapiro and Maya Lin promote the cause.

In India, the two Ambassadors from the world of arts are Oscar-nominated Carnatic vocalist Dr Bombay Jayashri Ramnath, and Grammy awardee Ricky Kej. Jayashri’s anguish at the devastation of trees brought about by Cyclone Vardah in 2016 manifested itself in her spontaneous creation of a pallavi (composition) on trees, which she sang during the December music season. She feels that unless an artiste is sensitive to Nature and the environment, she cannot articulate the art and her inherent creativity slowly withers. 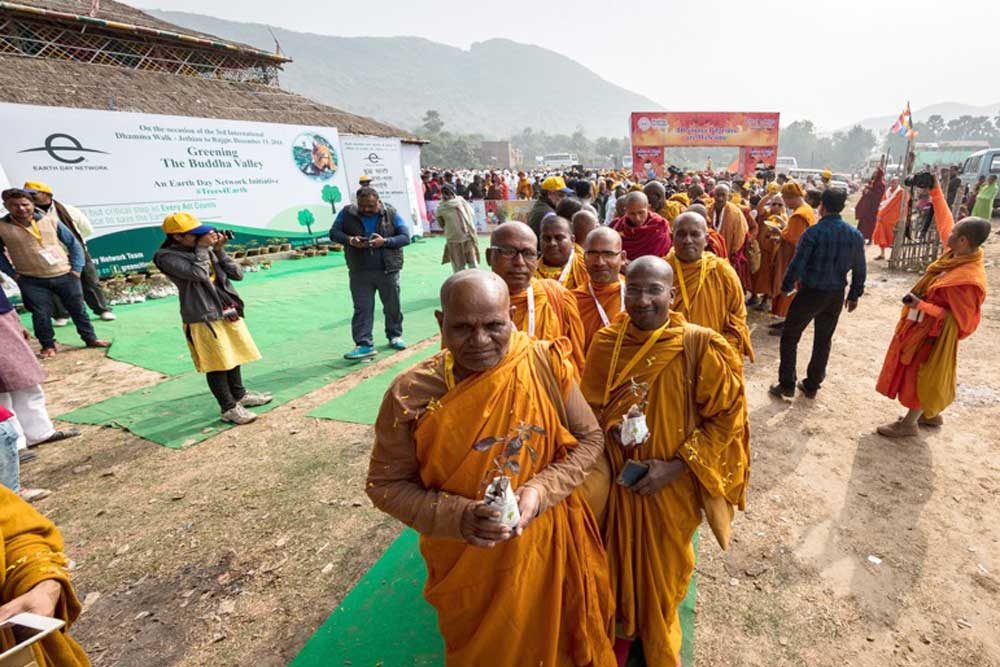 Kej composes music related only to issues that touch him – on elephants in captivity and rivers – and he recently worked for a film, Wild Karnataka, that premiered on March 3. He says, ‘I am not interested in or moved enough by anything else so my music has to reflect this passion.’ He is also the voice for sound and air pollution, which he feels requires instant legislation by governments worldwide. Pollution is as important an environmental concern as any other. ‘Make Listening Safe Campaign’ is in response to a study that shows that many people younger than age 40 experience hearing loss and don’t even know about it.

India  already has legislation in place  on  environmental issues unlike many Western countries and has central and state pollution boards. Use of plastics is banned, and although enforcement is a challenge, the effort in itself is commendable. Rogers believes that India traditionally has a very ethical attitude towards environment and its policies reflect that. ‘The recent debate in India on the killing of the alleged man-eating tiger Avni is a case in point – in any other country the killing would not even be an issue of debate,’ she observed.

Thematic ApproachAnother target area for EDN is Protect Our Species. This campaign is especially relevant for India, where every living being—be it animals or plants—and even what is considered non-living, such as minerals, have equal sanctity. Ancient Hindu texts do not distinguish between the degrees of life in all beings – there are several verses devoted to stressing on the value of life in any form.

In a verse in Chapter 10 of the Bhagavad Gita, Lord Krishna says,
Ahamaata gudakesha sarvabhutaaashaya stitihah,ahamaadischa madhyam cha, bhutanaam anta eva cha
Meaning, I am the Self in all living beings, the beginning, middle and end of all living beings.
The Jain religion even feels that killing microbes in the air while breathing is a sin!
Rogers echoes this sentiment as she says, ‘There is a 45 percent decline in insect population—insects are vital for us as they pollinate plants, and without them, we would not have a stable source of food. We are all interdependent on each other.’ Many insects are facing extinction in different parts of the world. The current trend can be reversed, provided there is greater awareness about the importance of each species.
Due to global warming, many species are multiplying at a crazy rate or migrating to different regions. Mosquitoes are no one’s favourite; but the introduction of a breed of sterile mosquitoes in Burkina Faso without an environmental study done could have been disastrous because other species that eat mosquitoes could have been impacted.

The Indian ConnectionRogers first came to India in 2009 to establish EDN’s presence in Asia. ‘It’s hard not to fall in love with India! I try and come back once or twice a year. This time I am trying to build our base in India to gear up for our 50th anniversary celebrations next year,’ she says. According to her, India has been critically important for the world for a few decades now; it’s an incredibly large democracy and has the potential to totally transform into a green economy.

On April 22, 2020, EDN will celebrate its 50th anniversary. ‘We don’t think of the 50th anniversary as a celebration, it’s more a look back at what we achieved, the laws and the massive legislation we got passed, through the Environment Protection Agency (EPA). We are looking forward with optimism.’

EDN India is planning a series of events all over the country, linked with various aspects of the environment throughout March and April, leading up to its anniversary. The activities include distributing fruit tree saplings in the villages of Uttarakhand; organising a workshop for women panchayat leaders on Healthy Energy on March 19 in Kullu; conducting workshops to help large institutions Go Solar in Amritsar; and make the fisherfolk along the coasts understand the need to stop plastic reaching the seas to protect marine life. In India’s biodiversity hotspots of the Western Ghats and Northeast India, EDN will have specially crafted Nature walks for students. They will help villages along the Dandi March route turn eco-friendly. 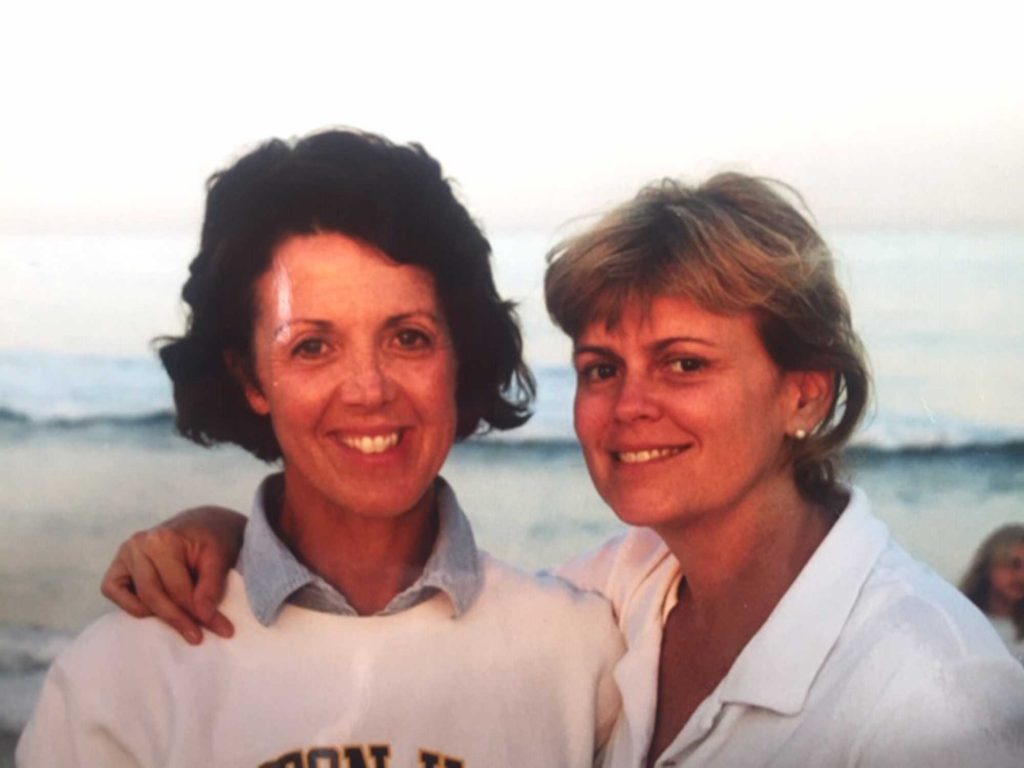 Kathleen Rogers is the President of Earth Day Network Worldwide. Her dedication to promoting awareness about the fragility of our environment is relentless.  From the day I met her, when we were both freshmen at college, she has cared deeply about this earth, the diversity of animals and the beauty of our natural resources. As freshman roommates, we had many pets in our college room. She was always rescuing animals that were endangered! She has always been an activist. Little did I know then how far her efforts would reach!  She has dedicated her life to making people around the globe aware of how we all can be better stewards of this precious earth. Today, Earth Day is celebrated every year on April 22 by more than a billion people all over the world. Kathleen has influenced kings and national leaders, and even Pope Francis, to be proactive about protecting our environment. She founded Earth Day Network’s Billion Acts of Green Programme that has promoted billions of individual actions to improve our environment. When I met her many years ago, I knew she was a powerful woman ready to change the world. Today, she leads us all in being more conscious of our precious earth. Happy Earth Day world!