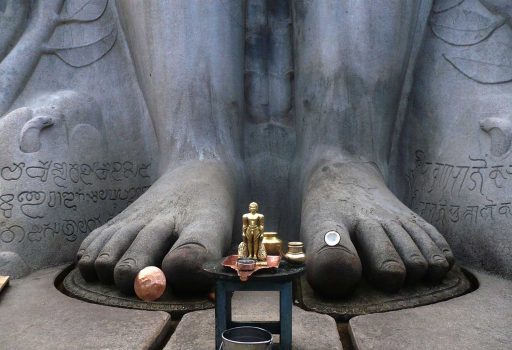 As conservation becomes central to all human endeavours, Susan Philip explores the values of Jainism, so intrinsically aligned to respecting the natural balance 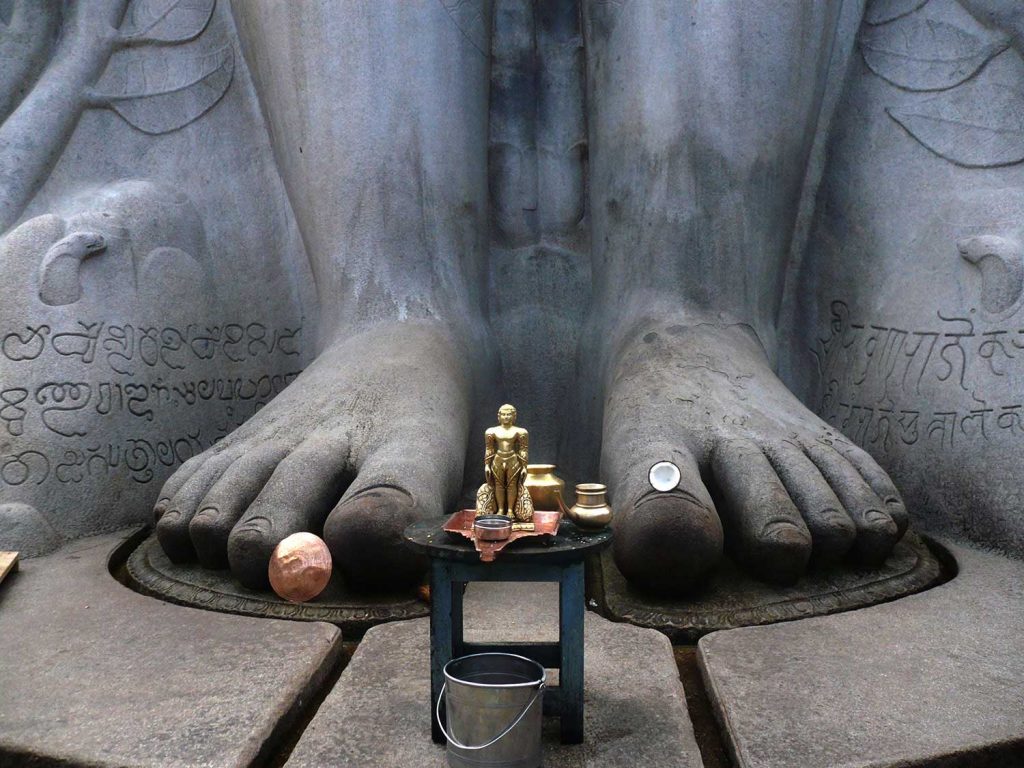 Jainism is classified as a religion. But it is a religion unlike most others, for its primary focus is not on worshipping a particular deity or a Supreme Being. Instead, it upholds the intrinsic value of each and every component of nature, and the interconnectedness of all these elements. All living things are part of the same cycle of birth, life, death and rebirth, according to its underlying philosophy. Man’s aim should be to ford the stream of birth and rebirth and cross to the other side, achieving moksha. Down the ages, 24 thirthankaras – those who forded the stream – showed how this could be done. In fact, the word ‘Jain’ comes from the Sanskrit word jina, meaning victor – in this case, someone who has vanquished the vicious cycle of birth-rebirth. Jainas are followers of the Jinas.

As we mark, on April 19, the birth anniversary of Mahavira, the last thirthankara, who lived around the 5th or 6th century, here’s a cheat sheet on Jainism:Very simplistically, the guiding principles to achieve moksha advocated by the thirthankaras are mainly ahimsa, anekantavada, aparigraha and asceticism.

• Ahimsa is a word well known in India, and fairly familiar in the larger world. That’s because the strategy of non-violent non-cooperation to free India from British rule, conceived by Mahatma Gandhi, who was greatly influenced by Jain philosophy, was based largely on this tenet.  Ahimsa is much more than mere non-violence, and denotes compassion and restraint not only in deed but in word and thought as well, not just directed at fellow human beings, but all forms of life, including the tiniest insect and even plants.

• Anekantavada acknowledges the many-sidedness of nature. Implicit in this is interconnectedness, a concept that is very relevant in today’s situation, where environmental concerns are engaging the minds of those who are able to think beyond immediate gratification, and consider the needs of the future, not only of humanity, but of Planet Earth itself. Only when man realises that he is a part of nature, and connected to every element of it; that in caring for nature he is caring for himself; the importance of being a good steward of the whole of nature, can he have expectations of a healthy life for himself and his descendants.

• Aparigraha is the opposite of attachment – not detachment, which could possibly imply indifference, but the state of being non-attached. This means keeping the greater good front and centre, even if it comes at the cost of the good of a personal circle.

• Asceticism, the fourth principle, relates to leading an ethical and spiritual life, embodying the earlier three principles, in order to release oneself from the cycle of birth-life-death-rebirth.   There are two main types of ascetics in Jainism – the Digambaras and the Svethambaras. Literally, the words refer to clothing. The Svethambaras are those clad in white, while the Digambaras wear the ‘sky’, or, in other words, wear no clothes. These ascetics are mandated to practice stringent rules, including shunning of material possessions. Strict codes of conduct in everyday life are laid down for the lay Jain too.

Jains believe that 20 of the 24 thirtankaras attained moksha at Shikharji, now in Jharkhand. It is one of the most important pilgrimage sites for followers of the religion.

As Jains travelled the world for trade and settled in other continents like Africa, Europe and the Americas, they took with them their ecologically responsible way of life.

Menu MagicIn today’s scenario, perhaps the hardest dictates for Jains to follow are the dietary codes. Jains are not only strict vegetarians, they have several taboos within the broad category of vegetables itself. Traditionally, they do not eat food containing root vegetables like garlic, onions and potatoes as when harvesting these, there are chances that the living things in the soil will be disturbed, and very likely die. Orthodox Jains also refrain from eating vegetables with multiple seeds, like brinjals and figs, since this leads to the notional destruction of an infinite number of possible plants of that species. Honey is another problem area, as it cannot be harvested without harming bees. Many Jains are vegans too, although some may accept dairy products if they are sure that the cattle which produced the milk is treated kindly.

Several airlines, including Singapore Airlines, Qatar Airways, Etihad, Air India and Jet Airways, offer in-flight Jain meals on some routes. In general, it may mean simply eliminating the forbidden elements like root vegetables and dairy products from popular dishes. But Jain food isn’t simply about making do without large food categories. Because the religion proscribes so many things, Jains are culinarily very inventive. Their traditional recipes use the most mundane ingredients to come up with mouth-watering dishes such as a lip-smacking banana chutney, fritters made with banana peel coated in spiced batter, and a sweet-spicy curry made with ripe guavas that tastes great with rotis.

Making a MarkJainism spread and contributed to the art and architecture of Medieval India. The magnificent Ellora Caves, the cave temples of Udayagiri and Khandagiri in Orissa and Sittanavasal in Tamil Nadu, the Dilwara Temple Complex in Rajasthan and the monumental statue of Bahubali in Shravanabelagola, Karnataka, are only some examples of the stunning cultural expressions of the Jain faith.

There’s much to learn from the community about living in peace and harmony not only with one’s fellow men, but with all Creation.

The swastika is an important Jain symbol, its four arms referencing four possibilities of rebirth – as a heavenly being, as a creature of hell, as a human being or as a part of the flora or fauna. The three dots usually placed on top of the swastika indicate correct faith, understanding and conduct, by which a soul can achieve spiritual perfection, and, consequently, liberation – symbolised by the crescent cupping a single dot.