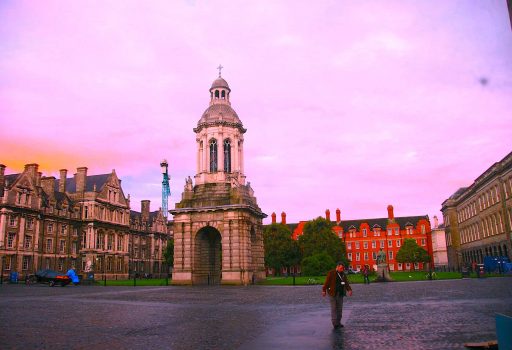 Dublin or Dubh Linn is derived from the Old Irish Gaelic, which has its literal meaning ‘Black Pool’. Preeti Verma Lal explores the literary paradise

The truth is that I am in love with Dublin. I think it is the most beautiful town that I have ever seen, mountains at the back and the sea in front, and long roads winding through decaying suburbs and beautiful woods. — George A. Moore 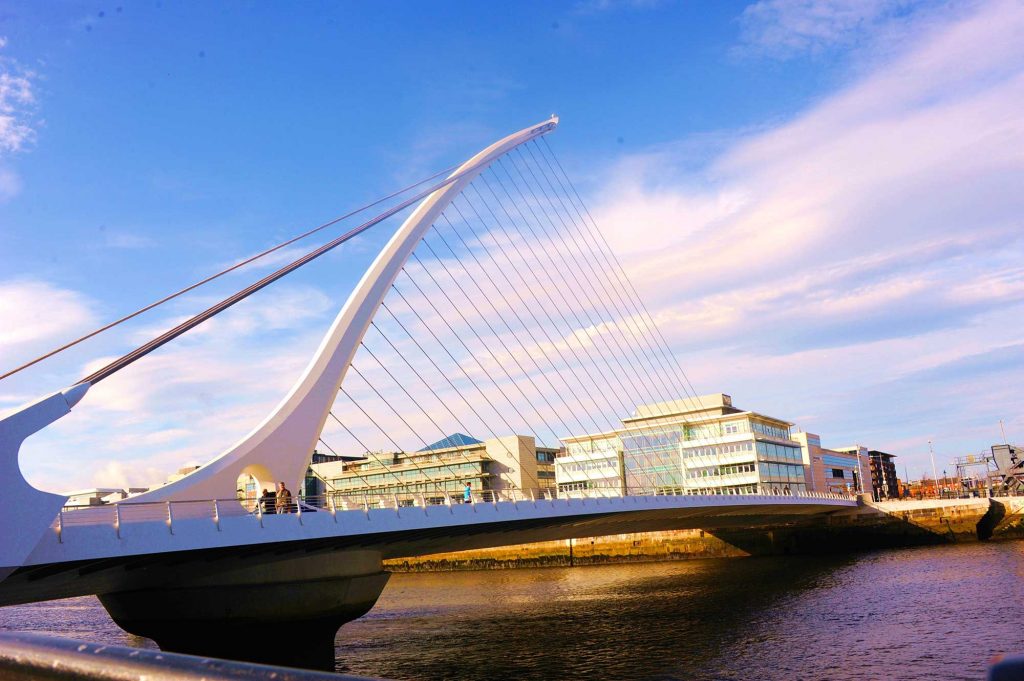 Think before you take that walk on the streets of Dublin. Perhaps a pint of the dark Guinness or an extra ladle of whisky in the Irish coffee might come in handy. For you never know who is waiting at the bend. Abraham Stoker with Count Dracula, Oscar Wilde with the satirical smile, William Butler Yeats laying dreams at the feet of his muse Maud Gonne or Leopold Bloom, whose one day in Dublin was chronicled by James Joyce in a largely unpunctuated Ulysses. Don’t get frazzled if Oliver Goldsmith talks to you in alliterations or Jonathan Swift walks out of St Patrick’s Cathedral in an embroidered cowl. Say your prayers, rather learn your pentameters, before you take that walk in Dublin, for there are not many cities with the UNESCO City of Literature tag. 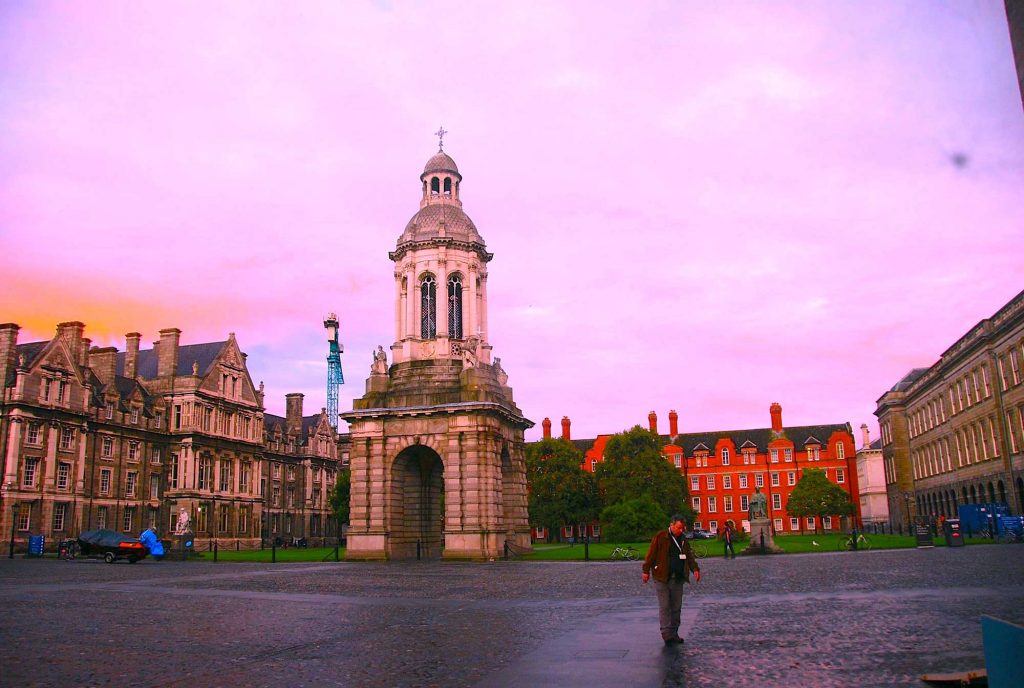 It all began when Irish saints preached and scholars transcribed the Bible and Ireland became the hub of all things saintly and literary. Over a few centuries, the city produced four Nobel Laureates in literature, the highest number any city in the world can brag about. I could not find them all by myself, so I found a walking partner – Pat Liddy, an artist, historian, writer, illustrator, broadcaster, mapmaker and environmental lobbyist. And dapper, too. Liddy does walking tours around Dublin and mine began in Trinity College where a sculpted Oliver Goldsmith stands on a pedestal by the main arch and a Henry Moore sculpture lazes under a tree. I stepped on the cobbled pathway. Mesmerised. For this is the path that Oscar Wilde, Samuel Beckett, Jonathan Swift, William Congreve and Bram Stoker must have walked as undergrads.

I have read them all, but it was the Long Room that fascinated me the most. The library houses nearly five million books that includes a significant collection of manuscripts, maps and printed music, the most famous being the Book of Kells dating back to 800 AD. Nearly half a million visitors queue up to see the Latin manuscript (also known as the Book of Columba), one of the great masterpieces of Irish Christian culture.

• 10 million glasses of Guinness are drunk around the world every day.

• The Irish are the fourth largest consumers of beer per person.

• On average, an Irish drinks 1,184 cups of tea every year. It is the world’s highest per capita tea consumption.

• If you are ossified, fluthered or scuttered in Ireland – it means you are drunk.

I could roam around the 27 acres of Trinity College and hear fascinating stories about Beckett and Wilde. But Wilde is at his irreverent best in Merrion Square Park – sprawled on a boulder under the shade of a tree. Sculpted to reflect Wilde’s wildest demeanour, the statue almost stares at 1, Merrion Square, an upmarket Georgian Townhouse owned by Wilde’s father who was an oculist to Queen Victoria. In front of Wilde, a naked woman sits on a black pedestal etched with famous one-liners of great writers. Over years, the petite woman’s body has acquired an enchanting green patina and park goers often leave a daffodil by her thigh. 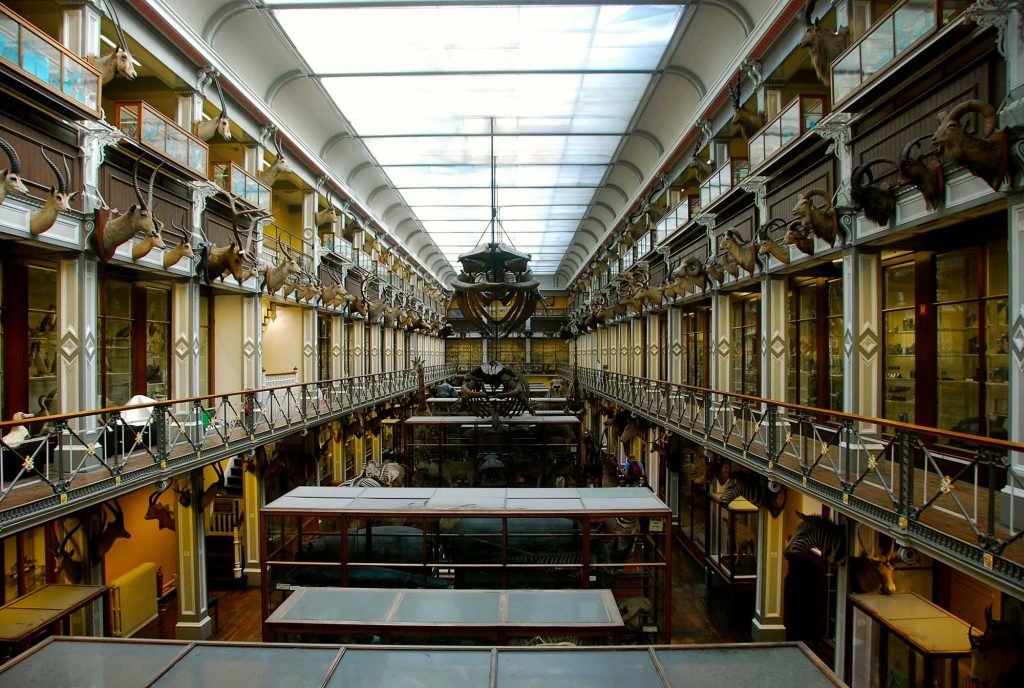 Beyond the words, Dublin can fluster a foodie. Foxed, actually. One needs to brush up mathematics. Like, counting 119.5 seconds to pour the perfect beer in a tulip glass. A second more and the beer can froth imperfect. Like, measuring 35.5 mL of whiskey on a long spoon to dribble into dark, strong Irish coffee. And no, you do not gunk cream into the coffee. Let it trickle on a spoon, then gently tip it in.

Marsh’s Library
Opened in 1707, Marsh’s Library was Ireland’s first public library. The First Gallery houses 10,000 books that were bought by Archbishop Narcissus Marsh for 7,500 pound sterling, which was a huge sum 300 years ago. The books are still in the same position as they were kept three centuries ago. Through the door is the Old Reading Room. When Bram Stoker read here in 1866 and James Joyce visited in 1902, they sat in these very chairs.
There are lockable cages at the end of the Second Gallery which were designed to prevent readers from stealing the books.

In the City of Literature, food is not merely art. You must have your semantics right. If you get tipsy and someone calls you ossified, fluthered or scuttered, do not flinch. They are not heavy expletives. It simply means you are drunk. While you are getting the mathematics and pentameters precise in the Irish capital, peek quickly into history. Brazen Head, Ireland’s oldest pub, has been a drinking den for 861 years! It was here that Jonathan Swift ordered his favourite ale. But wait, before you step out on a scrumptious Dublin food trail, pay heed to a warning. In Drury’s Building restaurant, do not drop dead if you find a pellet in the heart of the roast Wicklow Wood Pigeon Sailtimbocca that you ordered. There’s a footnote warning on the menu: all wild game dishes may contain traces of buckshot. Told you, in Dublin, a foodie can be flustered. Foxed, actually.

If you cannot distinguish between the oh!so Irish colcannon and a clonakilty pudding, a walking food tour could be your best first bite. You can get a dash of Irish history that is so inextricably linked to spuds (potatoes) – the potato famine of the 1800s that left the nation hungry. During the two-and-a-half hours with Erica Drum of Fab Food Trails, I hopped into restaurants to taste traditional Irish food and Ireland’s only ice cream laboratory where ice cream is made with liquid nitrogen. As the ice cream hissed and billowed cold smoke, I forgot all about bracks and pigs trotters. I thought of Bram Stoker and his Dracula. Perhaps the Dracula could spurn blood for Dublin’s raddest ice cream. 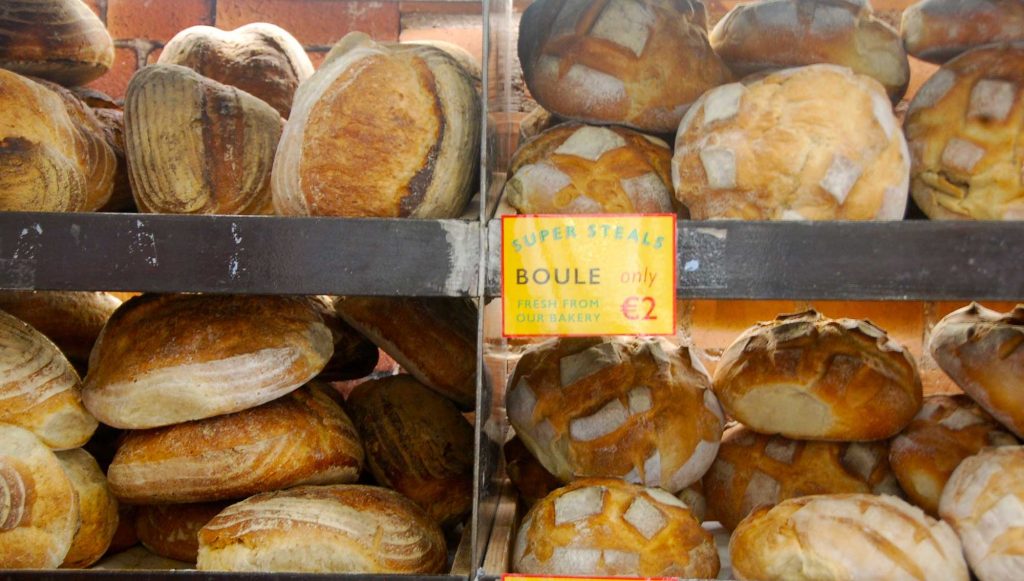 • Crubeens: Made of pigs’ trotters