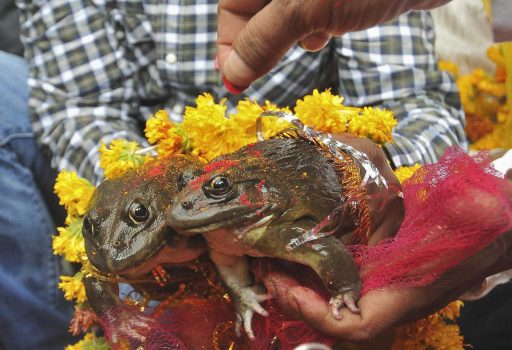 India has long held sacred its wildlife in its myths, epics and in daily worship. Jeremy D’Cruz delves deep into some of the interesting stories surrounding animals, which have become an integral part of the Indian ethos 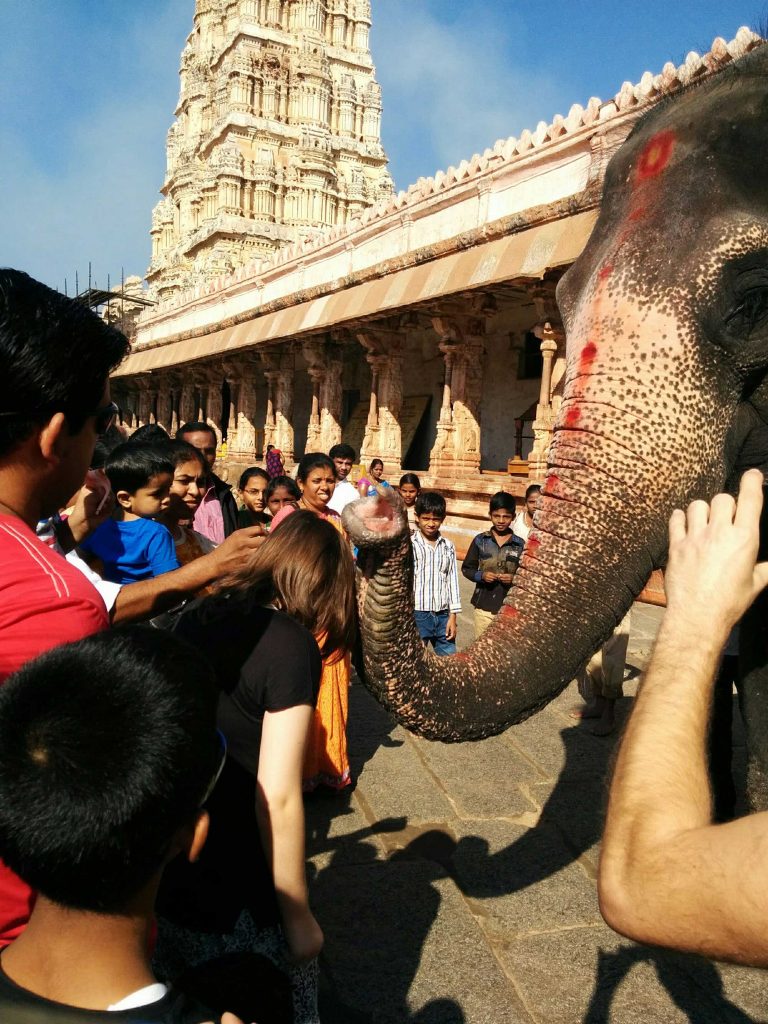 India is a land of complex stories, of Gods and Goddesses who articulate themselves through the sacred worship of its flora and fauna. The pipal tree under which the Buddha meditated on his path to enlightenment, the parrot that earned its gratitude by its service of bringing in seeds of fruit and grains, or the Ashoka tree in the grove that sheltered Sita when she was Ravana’s prisoner – all these tales have stood the test of time. Here we celebrate some of the animals and the legends associated with them.

No matter how small

Traditionally, many of the Indian households begin the day by decorating their foyer with beautiful designs made of rice flour and coloured flowers. A clear message that even the tiniest insect must be fed. Ants are revered so much in certain parts of Karnataka that rice and jaggery are placed beside anthills as offerings.

In the coastal districts of Maharashtra, the anthill is worshipped as the abode of Lord Shiva. Snakes also make these anthills their home, and the anthill is symbolic of the harmony shared by the two different species, mirroring the modern world as we know of it.

Honey harvesting and beekeeping are long-standing traditions in India. History traces honey as the first sweetened food tasted by ancients who inhabited the Indian forests.

At the Srisailam Temple in Andhra Pradesh, Goddess Bramarambika, one of the avatars of Goddess Shakti, is believed to have reincarnated herself as this humble insect in order to be close to Lord Shiva who resides in these hills in the form of a jasmine flower.

The Jenu Kuruba, a small ethnic group of people who come from the foothills of Karnataka, have traditionally been honey collectors. They even derived their clan’s name from the ‘honey’ itself, ‘Jenu’ in Kannada.

The Jenu Kurubas pay respect to the humble bee through their traditional tribal paintings that portray the revered bee and the harvesting of the honey. These honey gatherers truly live a harmonious relationship with the humble honey bee.

Bhekuli Biya or frog weddings are a traditional folk practice that is a celebration of faith and natural elements. An act that is carried out to appease the Gods for better rainfall.

Frogs and toads are creatures associated with water bodies and biologically designed to be better suited to wet environments. Several communities believe that keeping these creatures happy will welcome showers.

The people of Assam put on a wedding-like ritual for two frogs of the opposite sex, complete with all other Indian wedding hullabaloo. This act of faith is especially sacred when facing a drought. 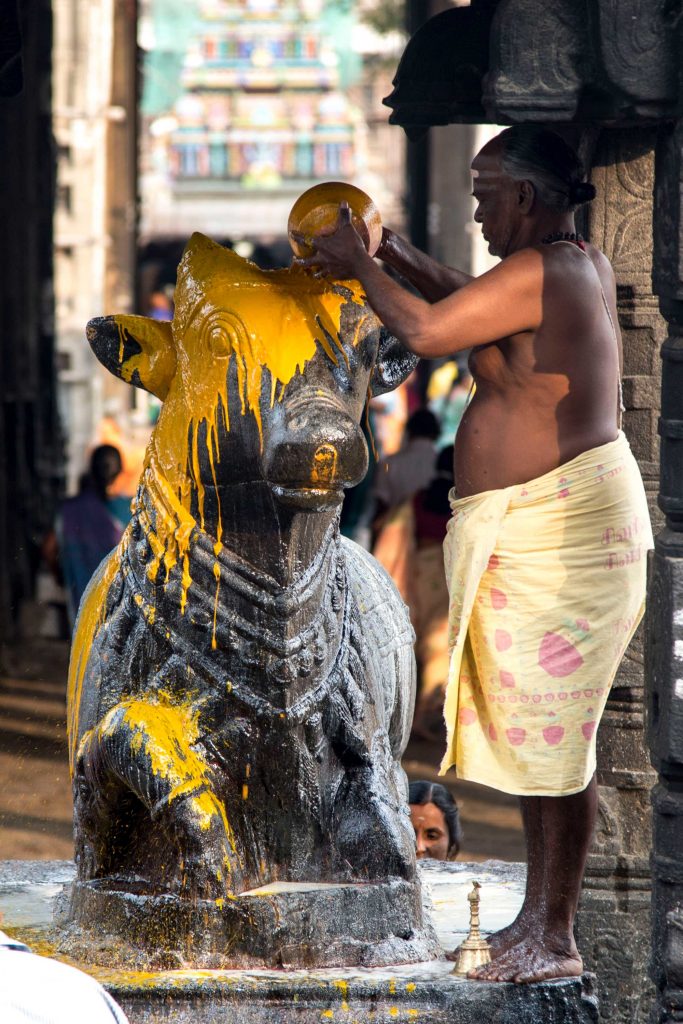 The Toda clan, found in the Southern plateaus of India have since the beginning of time shared a special bond with nature. These people believe that man was created only after the buffalo, and in reverence to the folklore, the buffalo is primary.

The buffalo is the main deity housed in an exclusive temple with dedicated priests to attend on them. Dairy temples are believed to be auspicious and is forbidden to outsiders. As a mark of respect, at the time of the animal’s death, its remains are organically disposed of in a proper separate burial site.

The Todas truly live in synergy with their beasts, which transcend into the sacred deity that is worshipped, completing the karmic wheel of life.

Lord Ganesha is the beloved elephant-headed God in Hinduism and is associated with new beginnings. However, this celebration is not entirely dedicated to the elephant, as it also happens to worship an animal that is otherwise seldom noticed – the unassuming boar.

Boars tend to scrounge for food by digging into the earth, which brings forth fresh shoots and hence is associated with fertility. These animals are worshipped by rice farmers during the fi rst four days of the festival. 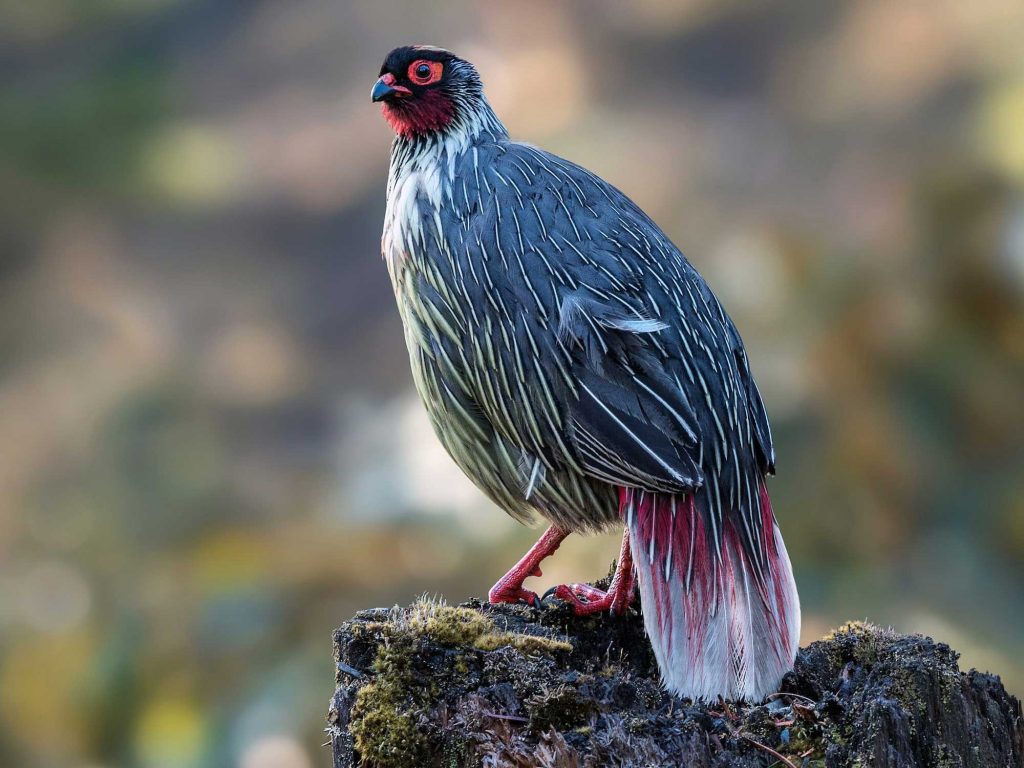 The village folks of Damal, Kancheepruam, believe that lord Vishnu, another revered Hindu God, takes the form of the boar. The manifestation, known as Varaha, shows the body of a man and head of a boar with enormous tusks, seated beside his consort Bhudevi or Mother Earth.

The Lepchas believe that everything in their environment holds deep spiritual signifi cance, and that plants and animals share a close symbiotic relationship with their human counterparts. Indian mythology relies on the balance of the natural elements and trust that it is vital for harmony for all life on Earth. Animals have coexisted with human beings from time immemorial. But in the end, all that matters is respect, not just among humans but towards every other living thing on Earth.