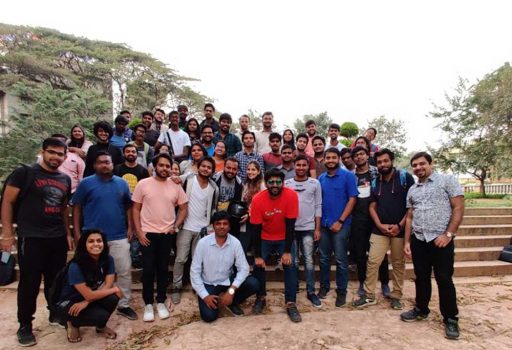 Abhiraj Rajadhyaksha and Niyati Mavinkurve’s brainchild, ‘Following Love’ is a one-of-a-kind social media page, which lists out the 100 reasons why one should love India. Anurima Das catches up with this influencer duo, who are spreading joy, positivity and lots of knowledge, one social media account at a time

Expats are often mesmerised by India and its culture, but most of the time Indians do not feel too motivated about their own roots. This was a perspective that Abhiraj and Niyati understood and decided to find a solution for. They realised that the facts connected to India are not presented in a millennial-friendly way. ‘For instance, everybody knows who APJ Abdul Kalam is, but nobody has the time to see a 45-minute documentary on him, so we thought why not compress all that data and present it in 3 to 4 minutes. This was the idea, presenting unique things about India in a short format such that it does not get boring and is educational too,’ points out Abhiraj Rajadhyaksha, Founder and Chief Storyteller, Following Love. With an intention of making Indians fall in love with India, Abhiraj and Niyati followed their heart and their page is now a hit. 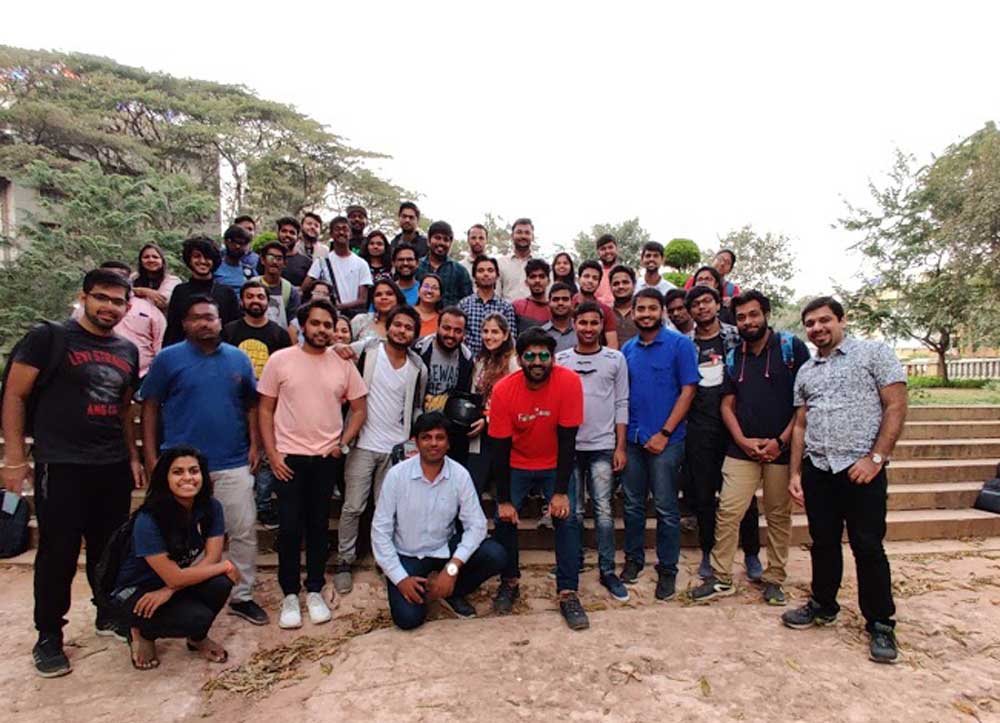 Abhiraj, a Mass Media student, graduated with a degree in advertising in 2014. After college, he started working as a freelancer on several film projects and Niyati, a qualified Chartered Accountant, started working in 2015. But she quit after almost a year and started working as a freelance writer. ‘I worked from 2014 till mid-2019 as a freelance editor, film-maker and cinematographer and I used to take up freelance assignments for ad agencies too, but what was lacking was creative freedom. I was making videos that didn’t have my voice in them. I was taking up assignments based on how much money I would earn. After working for 5 years and managing some savings, I decided to take a break from my work to make videos that I feel passionate about. So the idea started from a gap year and that’s how we got rolling,’ Abhiraj reminisces.

‘During my travels abroad, I felt that people there proud of their heritage and culture even if they aren’t that significant. Indians, on the other hand, despite having legitimate things to be proud of, are not as passionate,’ adds Niyati Mavinkurve, Co-Founder, Chief Everything Else Officer, Following Love.

The duo’s unique observations and positive outlook about India got swift appreciation on social media. During their remarkable journey, meeting the Iceman of India, Mr. Chewang Norphel, was one of the best moments, they believe. A Padmashri awardee, Chewang has been a resident of Ladakh for 30 years and is known for triumphantly helping the residents get clean water through glaciers. 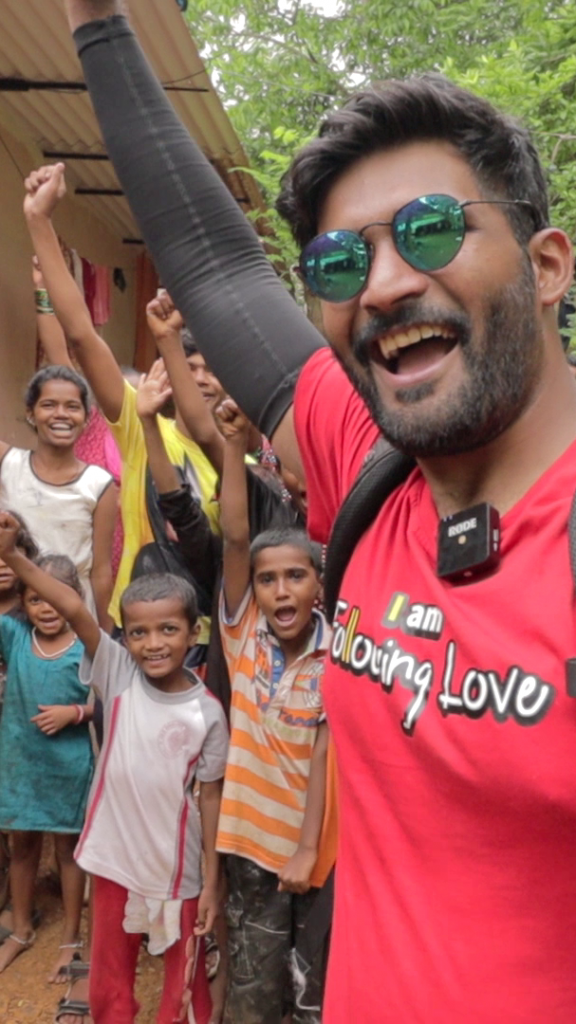 ‘The challenges are still there. We are travelling all the time, so the expenses are more than the revenue we make; it’s just that the ad revenue helps us sustain it a little longer. It has been less than a year since we started, so it’s still new for us, but we’re learning,’ Niyati says. The duo took this part of the journey as a post graduate project. Abhi tells us that getting followers on social media was a risk they were ready to take.

While Abhi does the video editing and the research, travel bookings and other tasks are carried on by Niyati. Both of them are equally involved with the shooting and share similar responsibilities.

The 100 Reasons series is likely to be completed real soon. Asked as to their plans post this, they mentioned they are keen to continue making videos. But the subject or the kind of videos they want to do is still unplanned, and they want to use the break after the 100 Reasons series to plan their walk ahead. When they began, they had around 2 to 3K followers on Instagram and now they have about 200k followers. ‘We didn’t expect this response, but we’re thankful for the love and support. Once the 100 reasons series is over, we can objectively watch all the videos and understand which videos people have liked the most. We would like to dig deeper into a topic and make more detailed videos. One thing that will remain constant is that we want to make educational content watchable and shareable,’ Abhiraj explains. Niyati is also keen on starting a channel through which she wants to explain taxation and fi nancials to people in simple language. Even as the two wrap up their series, they are fi nding new ways to spread love on the social media through their positive messages about India and people as such. 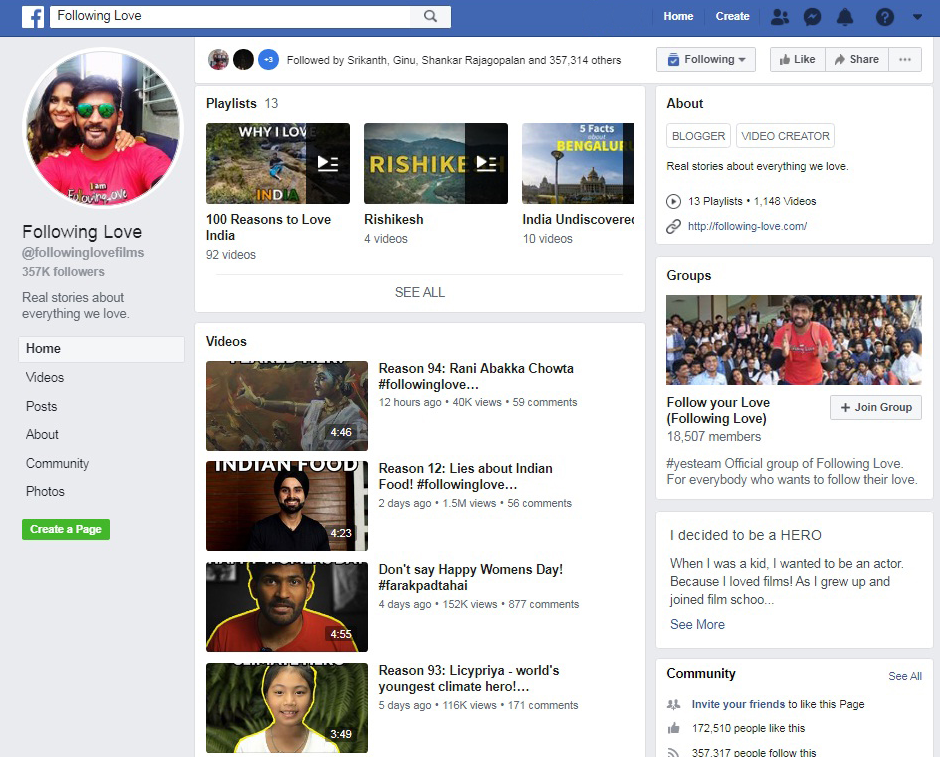