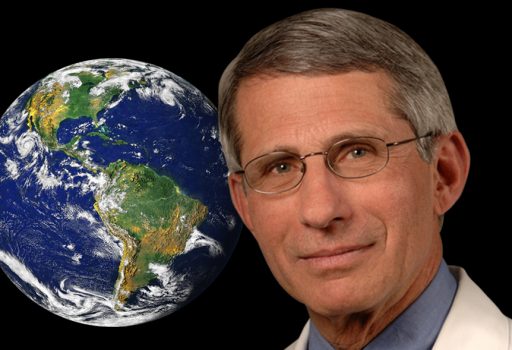 This issue Culturama pays tribute to the heathcare workers from across the globe who are fighting the Coronavirus pandemic every day, so that we stay safe. One such legend is our cover feature – Dr. Anthony Fauci

Today, in the midst of the coronavirus pandemic, Dr. Anthony Fauci’s name is on everyone’s lips. As a world-class epidemiologist, he has become the voice of reason and truth during this horrifying worldwide crisis. Dr. Fauci is working quite literally 24/7 to inform the public of the facts of the virus and the developing crisis by speaking on television programmes and via podcasts and through the print media. At the same time, he continues to lead his own cutting-edge epidemiological laboratory at the National Institutes of Health (NIH) in Washington, D.C., to develop a vaccine to protect us all from this fast burgeoning and frightening disease. Dr. Fauci is a central member of the White House Coronavirus Task Force, where he has been instrumental in guiding the U.S. Government to focus fully on the coronavirus pandemic. But to us, he has always been ‘Tony’ or ‘Uncle Tony’ to our children.

In 1985, my sister Christine met and married Dr. Fauci. The first time we met him, he was an impeccably dressed, studiously serious doctor, working at NIH as the very young Director of the National Institute of Allergies and Infectious Diseases (NIAID). He had a stellar reputation even then, initially from his research that discovered a cure for the formerly fatal disease of granulomatosis. For almost 40 years, Dr. Fauci has been at the medical forefront of every one of the major epidemics of our time – HIV, MERS, H1N1, SARS, Zika, Ebola and, now, COVID-19. At NIH, he mentored and trained many of the leading epidemiologists from nations around the world, notably including India and China. Many of the leading epidemiologists in countries now facing the COVID-19 crisis were actually trained and mentored by Dr. Fauci in his laboratories.

In the 1980s, there was a strange new disease – HIV-AIDS – which rapidly spread globally. Dr. Fauci was one of the first medical scientists to dedicate himself to addressing this global plague. During the years that my husband served at the U.S. Consulate General in Chennai in the early 1990s, Tony and his institutes worked closely with the Indian medical community to deal with the developing AIDS infection in India. In Washington, when AIDS activists demonstrated outside his institute demanding a chance to try experimental drugs, Dr. Fauci surprised the leaders by inviting them into his office. He wound up working with them to develop new ways to expand access without compromising the clinical trials that were urgently needed to determine the efficacy of new drugs. Dr. Fauci has continued to conduct trials for an HIV-AIDS vaccine and was instrumental in developing the highly successful medical protocols that now allow people to live with HIV without the fear of dying. In 2003, he was prime architect of the President’s Emergency Plan for AIDS Relief (PEPFAR) under President George W. Bush, designed to fight HIV globally. PEPFAR is now credited with having saved hundreds of thousands of lives around the world, especially in Africa. When I asked him once whether he would ever retire, he said, ‘First I want to cure AIDS’.

Dr. Fauci is also editor of Harrison’s Principles of Internal Medicine, the premier medical textbook in that field and is author/co-author of more than 1,000 scientific publications. In 2003, the Institute for Scientific Information stated that from 1983 to 2002, ‘Fauci was the 13th most-cited scientist among the 2.5 to 3 million authors in all disciplines throughout the world who published articles in scientific journals’.

Tony and my sister, Christine, who as Director of Bioethics at NIH is one of the premier bioethicists in the world, share a life dedicated to public service. Christine works to address the myriad ethical issues facing this and many other medical dilemmas, and is currently focused on the complicated and sensitive ethical issues involving utilisation of testing and ventilators in the COVID-19 pandemic. Together, they have raised three outstanding daughters – Jennifer, Megan and Alison – each of whom is making important contributions to society. Their house has always been a gathering place for Thanksgiving, Christmas and birthday celebrations. Tony wakes up before crack of dawn, has his cup of espresso and some bran cereal, and is at work at the NIH before any of his colleagues arrive. He has always built exercise into his day, skipping lunch for a run around the NIH campus. These days, however, he spends long hours at the White House working on the Coronavirus Task Force, all the while overseeing his researchers in his own laboratories at NIH working to develop a vaccine, and only arrives home near midnight. But Tony and Christine always sit down to dinner together and try to fit in some sleep before the next gruelling day begins.

For everyone who is currently hooked on to their phones and television screens for the latest news on COVID-19, Anthony Fauci’s name will seem more than familiar. Towards late January 2020, this 79-year-old doctor was made a key member of U.S. President Donald Trump’s White House Coronavirus Task Force to address the virus pandemic in the country. He has been a strict advocate of social distancing even in places with fewer cases. Antony Stephen Fauci, a famed epidemiologist, has served as the Director of the National Institute of Allergy and Infectious Diseases, USA, since 1984.

So what is a day like for a legend like him, one may wonder. A typical day for Dr. Anthony Fauci can sometimes last for 20 hours! In an interview with a leading newspaper from the United States, he explained how he considers himself lucky if he gets to go to bed by midnight, and is again up by 4 in the morning.

One of the appealing things that most people notice about him is his outspoken personality, the engrossing way he addresses science and the ability to correct people gently, even Presidents, on his expertise. His attitude has also got him high praise from famous celebrities, sportsmen and other well-known personalities from across the globe.

These are trying times for all of us, but these two members of my family are giving their all to save people’s lives. I am so proud to have them in our family and thank them for their service to humanity.

• Dr. Anthony Fauci has advised six US Presidents on many domestic and global health issues.

• Dr. Fauci was ranked as the 41st most highly cited researcher of all time by Google Scholar citations in an analaysis in 2019.

• According to the Web of Science, he ranked 8th out of more than 2.2 million authors in the field of immunology by total citation count between 1980 and January 2019.

• Dr. Fauci has been a recipient of numerous prestigious awards, including the Presidential Medal of Freedom (the highest honor given to a civilian by the President of the United States), the National Medal of Science, the George M. Kober Medal of the Association of American Physicians, the Robert Koch Gold Medal, the Canada Gairdner Global Health Award and many more.

• Dr. Fauci also has received 45 honorary doctoral degrees from universities from around the world.

• Dr. Fauci was instrumental in developing treatments that enable people with HIV to live long and active lives. 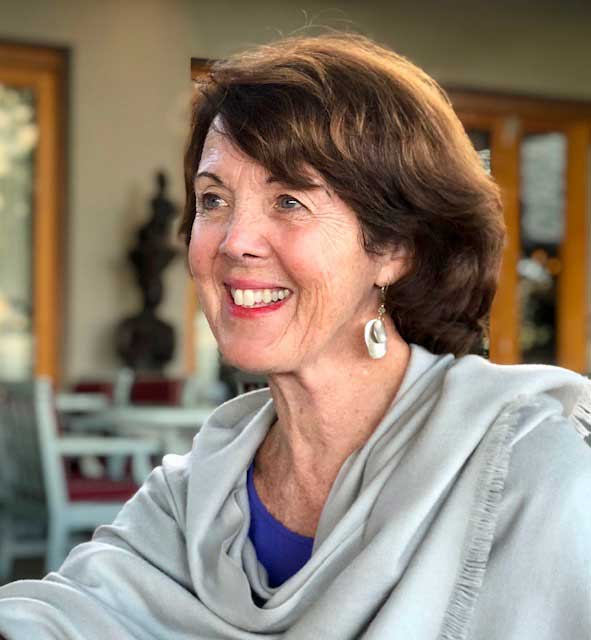 Joanne Grady Huskey is the Co-Founder of Global Adjustments and Culturama. She lived in india and serves on GA advisory board. She is Dr Anthony Fauci’s sister-in-law.