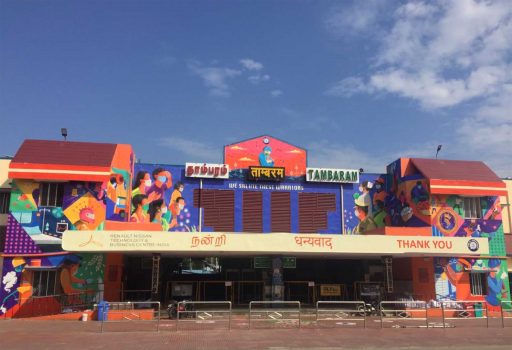 Even when things seem bleak, there will always be light; and as the world fights COVID-19, this light came in the form of health care workers, friendly neighbours, police officials and many other good Samaritans. Meera J Pillai looks at some of the heart-warming human stories from across the globe

Who knew that in a couple of months, the world will change to this magnitude? There now is a world before COVID-19, or BC19, as we may want to refer to it, and a world after, or AC19. While everything seems new and uniquely strange, the one aspect that will stay common to either side of the pandemic would be stories of humanity, bravery, never-ending sacrifice and, ultimately, the spread of love and hope. Whether it is a health worker in Italy, a police officer in the United States, a doctor in London, a neighbour in China or a grocery salesman in India, the whole world has come together to battle this virus as one. 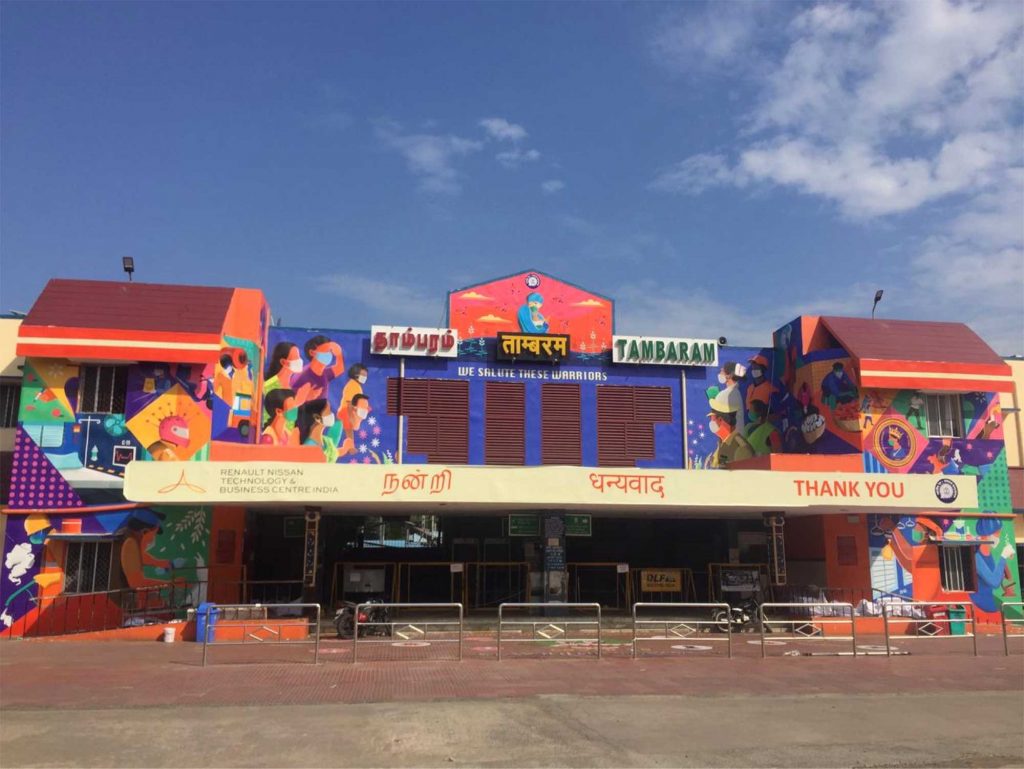 Doctors, nurses, hospital employees and health care workers in various government offices have been working tirelessly, day and night to help the patients and their families. From doctors coming out of retirement to health professionals postponing their weddings, there is no dearth of heart-warming stories that have made the news.

Cheering on the patients: When the first COVID-19 patient was healthy enough to be taken off the ventilator and moved to a regular facility, medical staff lined the hallways at a hospital in Alabama, USA, to cheer the patient. This has now become a common way to greet them, to salute their fighting spirit.

Hospital staff turn entertainers: A paediatrician in a children’s hospital in Brazil, Emanuelle Jardim Queiroz, chose a picture of Disney princess ‘Ariel’, instead of hers, to put a smile on the faces of the young patients. In another instance, every time a patient came out of ICU at the Ronald Reagan UCLA Medical Center, the health care workers would break into an impromptu dance.

A tribute to health care workers: In the United Kingdom, several postboxes were painted blue recently as a mark of gratitude towards the National Heath Service (NHS) staff for working tirelessly. The famous artist Banksy sent a canvas artwork titled ‘game changer’ to the NHS Foundation Trust as a tribute to the health care workers.

Youngest and oldest to beat COVID-19: As of when this magazine comes out, 6-month-old Mason Atton and 7-week-old Ava de Silva Jules from the United Kingdom are the youngest patients in the world to beat COVID-19. And at the other end, 107-year-old Cornelia Ras from the Netherlands became the oldest known person to survive COVID-19.

Of friendly neighbours and family time

Meet your parents: When 45-year-old Charley Adams from Ohio, USA, could not visit his elderly parents, he took his company’s bucket truck and surprised his parents by knocking on the window of their third floor nursing room. Needless to say, his 80-year-old mother was overjoyed.

Timeless love: On their 67th wedding anniversary, when Bob Shellard, 90, could not visit his wife, Nancy, 88, at her nursing home in Connecticut due to the lockdown, he made a sign with balloons and stood outside the window. The sign read: ‘I’ve loved you 67 years and still do. Happy Anniversary.’

Musical rendezvous: A sax player, Alex Lebron, who is quarantined at his home in Barcelona decided to entertain his neighbours with his remarkable musical performance. In another incident, French Opera singer Stephane Senechal gave an awe-inspiring rendition of the French national anthem for her neighbours in Paris.
From IT professional to delivery person: A 32-year-old IT professional from Bengaluru, Aishwarya S., took it upon herself to help deliver groceries, food and medicines tosenior citizens of the city. How does she do it? On a cycle! Her mother stays in Chennai and as she is unable to help her, this is her way to reach out to those in need around her.

Mother’s affection: During the lockdown, Mohammed Nizamuddin, a 19-year-old medical student got stuck in Nellore, far from home. His mother, Razia Begum, the principal of a government school in Telangana, travelled 1,400 km on her bike to bring her son back home safely.

Parties of a different kind

Cancelling birthday for a year: Josephine, a 7-year-old girl from the United Kingdom, wrote to Prime Minister Boris Johnson to let him know that she would not be celebrating her birthday this year. She felt that it was her way of keeping everyone safe. To this, the Prime Minister responded with a handwritten letter thanking her for setting an example in social distancing!

A neighbourhood birthday party: It was the 80th birthday of Charo from Spain. Charo lives alone and, in a beautiful gesture from her neighbours, who did not want her to feel lonely on her special day, sang ‘Happy Birthday’ from their balconies. A neighbour even baked a cake and kept it near her door!

When the police came knocking: A resident of Hariyana, Karan Puri, an elderly citizen who was living alone as his family was away due to the lockdown, was in for a surprise when the local police turned up his gate to give him a birthday cake and a hat. The police sang ‘Happy Birthday’ as Karan Puri tearfully cut into his cake.
Online ceremonies: For the families and friends who missed weddings, engagements, graduations and get-togethers, online platforms became the ideal destination. An innovative wedding that made the news was that of Sushen Dang from Mumbai and Keerti Narang from Bareilly, who decided to get married through Zoom, miles away from each other. And the priest? He gave his blessings from Chhattisgarh as family and friends watched the touching ceremony within the comfort of their homes.

The stars come together

Turning into real life heroes: Hollywood legend Tom Hanks gave his beloved Corona brand typewriter to an 8-year-old boy in Australia because he was being bullied for having the name, Corona De Vries. And much closer home, Bollywood superstar Shah Rukh Khan has offered his four-storey office building as a quarantine facility for treating COVID-19 patients in Mumbai. And to spread cheer online, actor John Krasinski started a YouTube channel that put together a worldwide prom, a graduation and even a wedding ceremony, to audiences of more than 6 million tuning in every week, and special guests included Oprah Winfry, Steven Spielberg and Malala Yousafzai.

Musical concert: Artistes such as Taylor Swift, Lady Gaga, Celine Dion and many more came together for an online event organised by Global Citizens and the World Health Organization, titled One World: Together at Home. The event raised 127.1 million dollars. Even the famed opera singer Andrea Bocelli performed a free concert in Milan’s Duomo di Milano cathedral for YouTube.

With the banging of vessels, lighting of lamps, loud cheers, blasting music and thunderous claps, several cities across the world including India cheered the Covid warriors for their tireless efforts. At the time of writing this, the number of recovered cases stood at 2,430,603. That is incredible!

Now, as the world slowly starts to live in this new normal, let us take a moment to say a prayer and a thank-you to every hospital worker, grocery salesman, delivery person and everyone who decided to stay home to slow the spread of the virus. We shall overcome.

A colourful salute to the Covid warriors
Varshini Ramakrishnan, a young and upcoming illustrator, recently did a mural artwork for Tambaram Railway station in Chennai. ‘The mural art works as a memory wall with a collage of scenes and events that occurred during the lockdown, which would remind us of the selfless work of the doctors, nurses, police, sanitary workers, delivery executives and even the small-time workers like the water can and newspaper delivery men,’ Varshini says. 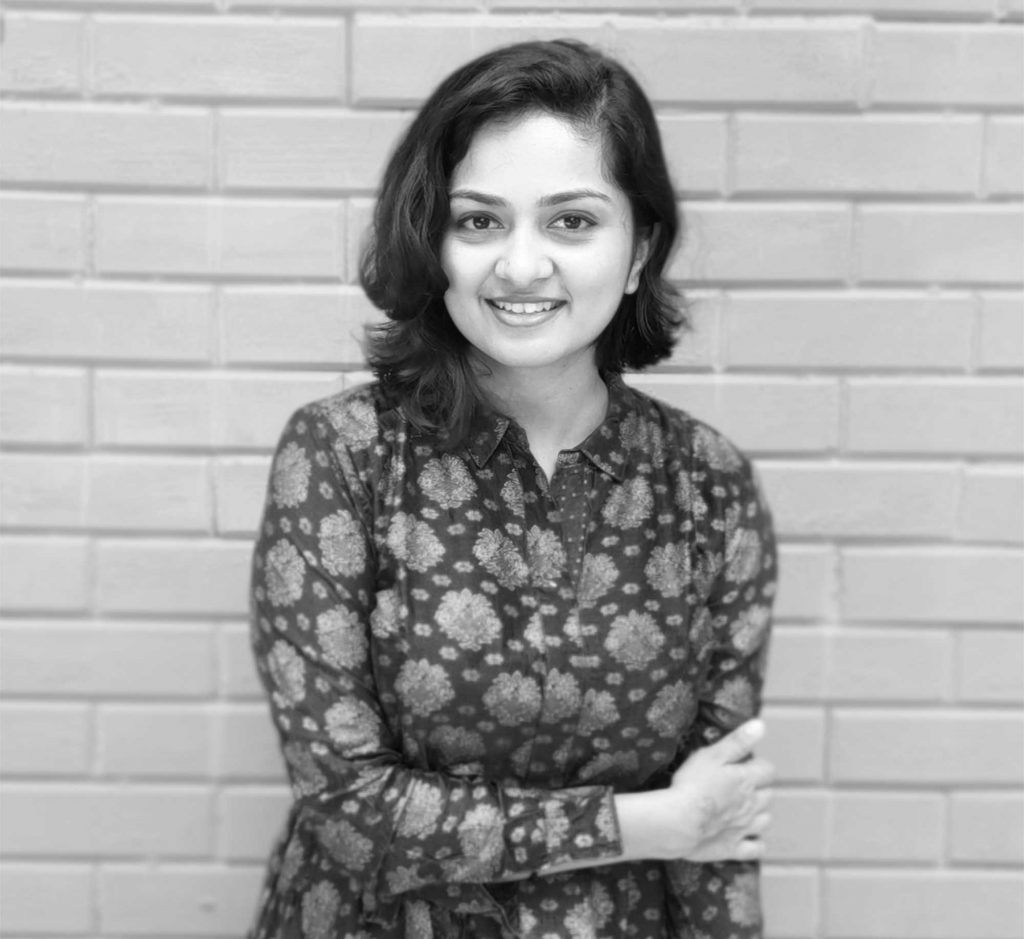 Varshini took inspiration from unique incidents and happenings that she came across during the lockdown like the corona helmet, the Railways converting coaches into isolation wards, and so on. ‘I wanted to exude an optimistic and a happy feel throughout the artwork and picked hues which people usually associate with positivity, like rainbows, the colourful Tamil Nadu temple gopurams, and so on,’ she states.