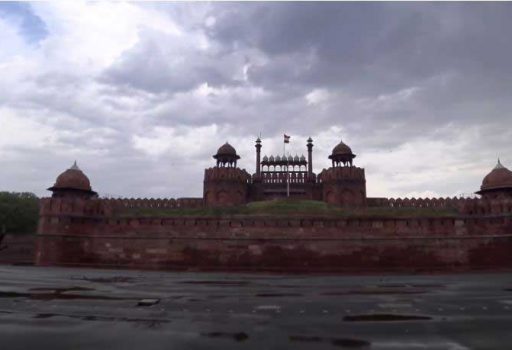 Team Culturama catches up with the incredible film-maker and influencer Bharat Bala on ‘Virtual Bharat’, his visual extravaganza in the social media platform, and his experiences while creating this one-of-a-kind destination to learn everything unique about India

How did you come up with the concept of Virtual Bharat?
From the time I made the Vande Mataram video, I have been travelling the length and breadth of the country and observing remarkable stories. Over the past 5 years, I have been constantly seeing interesting content on the social media. But I noticed a solid vacuum in the space because there was very little systemic high-creative content on India. While growing up, parents, grandparents and teachers have taught us that India has a rich culture, and that got me thinking. How do I experience it? That is when I came up with the idea called Virtual Bharat, which has anything and everything about India in the form of stories. We hope to achieve our milestone by uncovering 1,000 untold stories of India. We have about 10 films, with around 30 million views. Imagine the impact it will create if we had 1,000 films. Telling stories from all parts of India in original languages and bringing in a lot of young talents, editors, cinematographers, reserachers and more to engage in this big idea called Virtual Bharat. 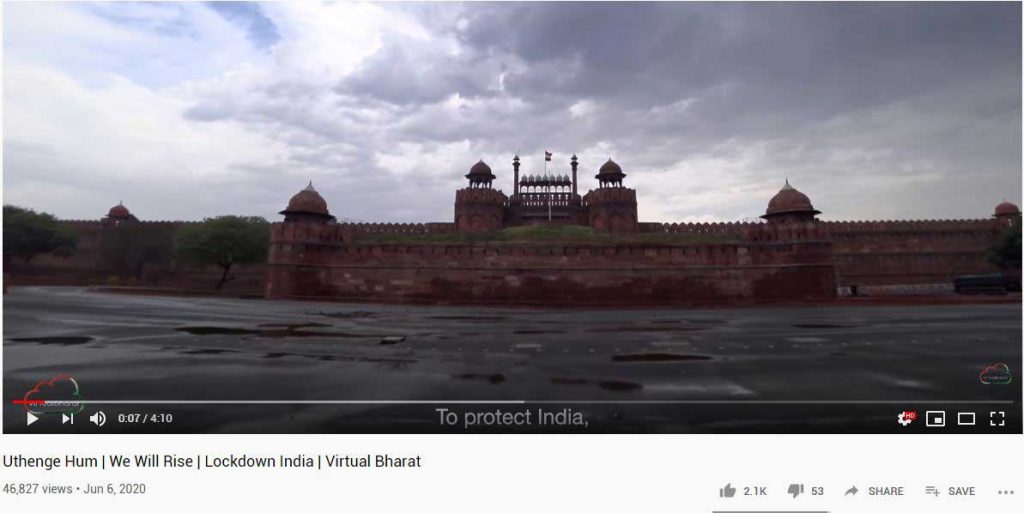 How do you decide on the subjects?
It is in my DNA. We have made 10 films and we have already researched for 300 stories. We look for unique stories within the stories that people already know. Take, for example, the video called Thaalam. Everybody knows about the Alleppey boat race (in Kerala); it is a centuries-old tradition, but not many know about the incredible diversity in the boat race crew. There is a school teacher, a plumber, a carpenter, a farmer, a shopkeeper and a postman, all sitting together. They are not athletes or professional sportsmen, but they come together only for this purpose. What binds them together is the thaalam, the rhythm of the boat. So the whole idea is that if they are in thaalam, they will win the race. That angle has never been explored before. 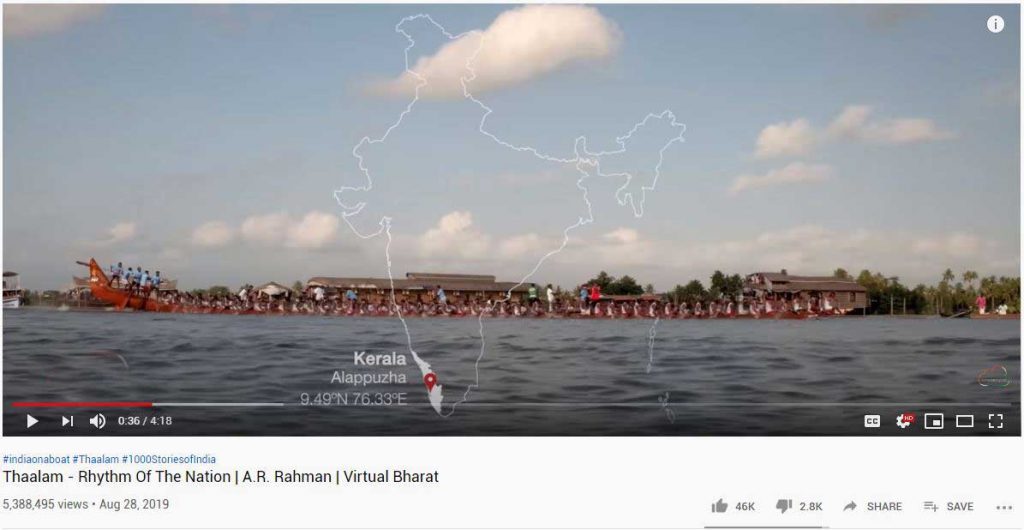 How can millennials be engaged in such deep-rooted India topics?
That is where you have to look at the craft of film-making. We have many youngsters working on this idea. If we give content that is well made and engaging, they will automatically hook on to it. One thing I have learnt is that I don’t need to find a way to figure out millennials; you keep generating interesting content on all social media platforms and they will come on board. 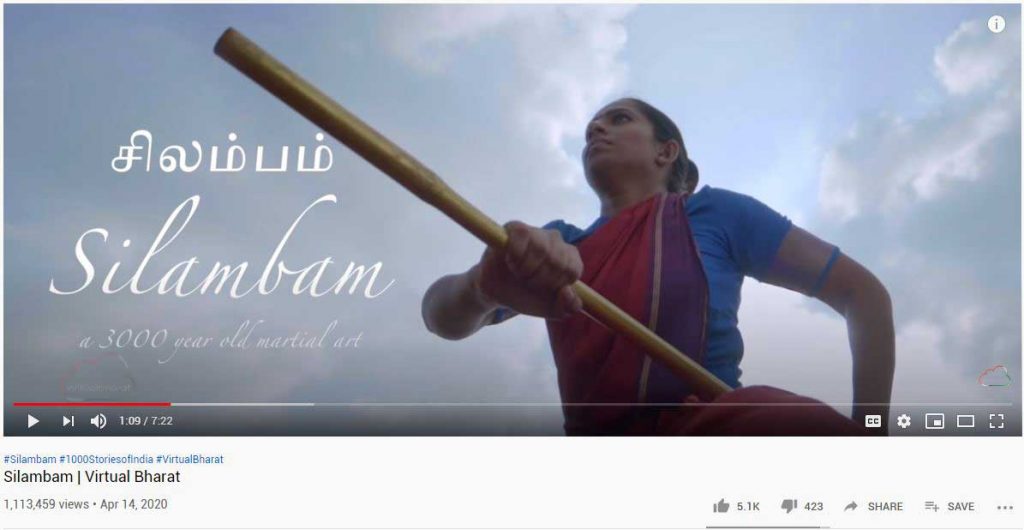 Can you share something about the project Uthenge Hum
Over the past few years, I have been deeply engaged in Virtual Bharat, and suddenly March 24 happened. The next morning when I woke up, I realised what a unique situation we were in. Previously, we could never have imagined that a country where we have been travelling and witnessing its vibrancy and sounds, where people don’t stop even at traffic lights, would come to a standstill. How do you lock them down? It is disturbing where we are, but it is also historic. So on 25th morning I decided that we need to document this. It was a lockdown with law enforcement on the ground. I was constantly on WhatsApp and messaging Virtual Bharat teams in various states, along with following up with government officials and sharing with them the idea of what we wanted to do. And suddenly we got permission from Uttar Pradesh, to go ahead. And there on, we got permission from all the other states. Immediately, our team sprang into action. Our crew in Varanasi informed about how the ghats near the Ganges were empty. We have never seen it like that. So they set up their cameras near the ghats at 5.30 in the morning, and I was on WhatsApp video on LCD panel giving instructions on how to go about it. In a few hours, my camera is set up in Dehradun. Meanwhile, from Fort Kochi someone sends me a video of a particular drone shot just being completed. It was unbelievable. We never thought of this or imagined that sitting at home (except in Mumbai, where we travelled) with 16 states, and 117 crew members, we could make a film. There was a madness in this process, but the experience was interesting. While so many people worked on the film, it looks like one product with a singular vision. But that is the first hour of the film, we have 100 hours of material. We are now focusing on completing the documentary. When the first lockdown got over, I wanted to showcase the silence and emptiness of India. But we will overcome this pain. That is why the title Uthenge Hum, which means we will rise. 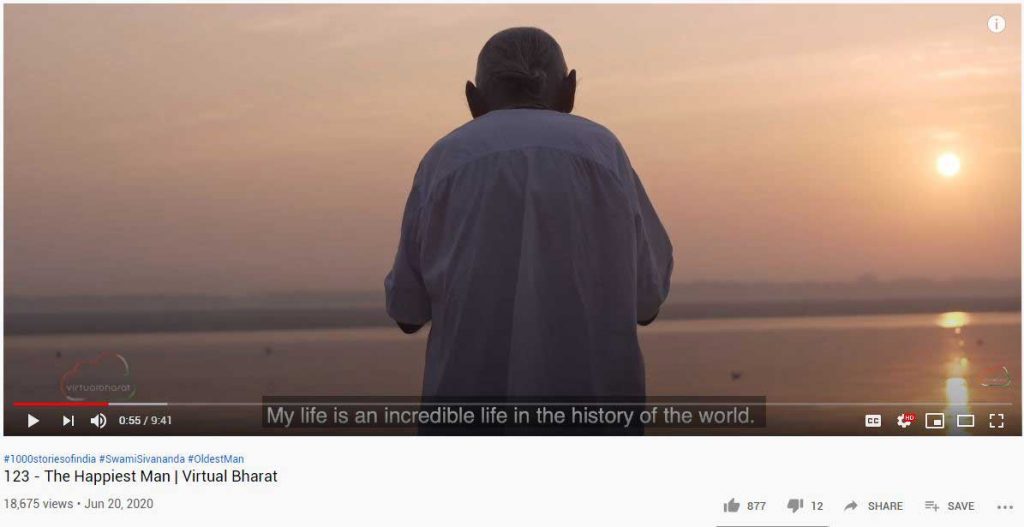 What is your takeaway during these trying times?
It has been extremely painful to see so many poor people affected by the pandemic. On the other hand, we have these high-rise buildings where people are having avocado sandwich, doing yoga and looking at the sea breeze from within the comfort of their homes. These two contrasting worlds have been really exposed. On the positive side, Nature is blossoming. When we were filming in Rishikesh, we could see pebbles in the Ganges, through the transparent water. It took a lockdown to show us the real Earth, and all the things we have done so wrong all along. We must remember all this.

What lesson would Bharat Bala give to his younger self?
Never give up. Nothing is impossible.

Can you share a film-making secret?
Every idea and every film, you are on ground zero. There is no formula or secret. Creativity is different for everyone. I only do things that I feel excited about.

Your most memorable moment as a film-maker?
My life is full of experiences. Meeting ordinary people and walking away with extraordinary memories is definitely special.

What is the new normal for the film-making industry?
It does not matter. The end product will always be the same; your ideas and thoughts. The process may change, but the aim to create a quality end product will remain the same. 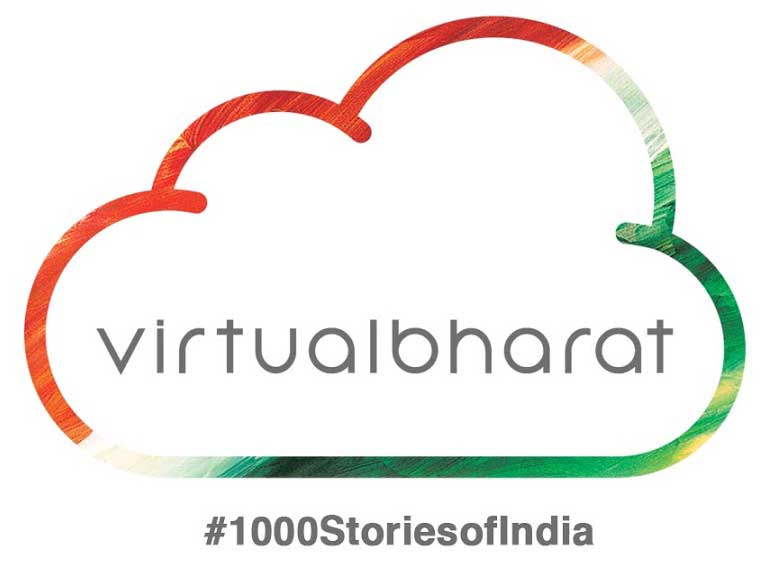 Virtual Bharat has released 10 films till date on their YouTube channel, which has garnered millions of views and generated a buzz on social media from multiple eminent personalities including Syed Akbaruddin, India’s former Ambassador to the United Nations, Piyush Goyal, Minister of Railways in the Indian Government, Shashi Tharoor, Member of Parliament, William Dalrymple, acclaimed writer and historian, and Smriti Irani, Minister of Women and Child Development.