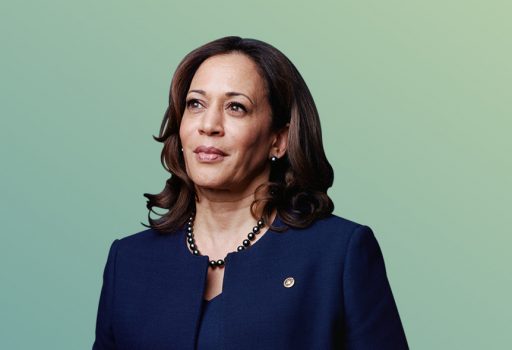 Kamala Harris, a daughter of India, is now the Vice-President of the United States of America. She is the first woman of colour to occupy the Vice-Presidential seat. Global Adjustments Co-Founder Joanne Grady Huskey shares her take on this historic moment

Kamala Harris, only the second African-American woman to serve in the U.S. Senate, won a historic election as Vice-President of the United States of America, shattering the glass ceiling with her strength and competence. Upon accepting the nomination, she said, “While I may be the first woman in this office, I won’t be the last. Because every little girl watching tonight sees that this is a country of possibilities. And to the children of our country, regardless of your gender, our country has sent you a clear message: Dream with ambition, lead with conviction, and see yourself in a way that others might not see you, simply because they’ve never seen it before. And we will applaud you every step of the way.”

She is the daughter of immigrants from India and Jamaica. Her grandfather, Dr. P.V. Gapalan, was a successful civil servant from Chennai. Her mother, Shyamala, his eldest daughter, left India at the age of 19 to study at the University of California, Berkeley. Kamala’s ties to India run very deep. She spent many days in her youth under the inspiration of her beloved Indian relatives, who were progressive academics and successful civil servants.

Kamala will be the first woman and the first Indian-American to hold the office of Vice-President of the United States. She exemplifies the uniqueness of America, where a first-generation daughter of a woman from India and a father from Jamaica can become the leader of the nation. Today, women all over the United States are excited and inspired by her election. She gives so many people a renewed hope for a caring, compassionate, honest, and collaborative government that serves the people and will work with others around the world. Her election is a long-awaited affirmation that women have an equal role to play in the American story, and that America is a truly multiracial democracy that represents people, men and women, who have come to America from all over the globe.

• On the 100th anniversary of the passage of the 19th Amendment to the U.S. Constitution that gave American women the right to vote, but shamefully didn’t include women of colour.
• On the 60th anniversary of the year that Ruby Bridges became the first African-American child to attend an all-white public school in Alabama.
• On the 55th anniversary of the passage of the U.S. Voting Rights Act that outlawed the discriminatory voting practices in many southern states.
• Forty-eight years after Shirley Chisholm became the first black major-party candidate to run for President of the United States.
• And in the very year that the United States took to the streets demanding “Black Lives Matter” and that champion of women’s rights Supreme Court Justice Ruth Bader Ginsburg passed away.

Her inspiration:
In a number of interviews, Kamala Harris has mentioned the influence her mother, Shyamala, and maternal grandfather, PV Gopalan, had on her while growing up. PV Gopalan, was a public servant, who until his death in 1998 was a guiding influence for Kamala and remained a loyal pen pal. He served as advisor to the President of Zambia and later as Joint Secretary to the Government of India in the 1960s. It was his civic-mindedness that kindled her interest in public service. “My grandfather felt very strongly about the importance of defending civil rights and fighting for equality and integrity,” she once said in an interview.

Even during her campaigns she often quoted her mother, Shyamala, a breast cancer researcher. Kamala spoke about the courage her mother showed when she decided to travel to the United States by herself for higher studies, when it was a rare practice in Indian homes. In the United States, Shyamala joined the black civil rights movement, where she met Jamaican economics student Donald Harris, later marrying in 1963. During her Vice-President-elect victory speech, Kamala spoke fondly of her mother, “I’m thinking about my mother, Shyamala Gopalan Harris, and the generations of Black women who came before me, who believed so deeply in an America where a moment like this is possible.”

Break the glass ceiling
Kamala Harris was the Attorney General of California for six years. She was elected U.S. Senator in 2016. She also serves on the Homeland Security and Governmental Affairs Committee, the Select Committee on Intelligence, the Committee on the Judiciary, and the Committee on the Budget for the United States.

When Democratic Party Presidential nominee Joe Biden picked Senator Kamala Harris as his running mate, she became the first person of Indian descent and the first Black woman to become a candidate in the U.S. Presidential Elections. And with the recent victory, the first woman Vice-President of United States of America.

Her fashion choices
Think smart pantsuits, and Kamala Harris is the first person that comes to mind. Kamala has owned the style complete with pearl necklaces and soft heel shoes. And being a sporty person, when not at work, one will often find her in sneakers and sweat shirts. But the one look that will forever stay as her trademark is the pearly suit, complete with a pussy-bow blouse by designer Carolina Herrera that she wore to announce the victory in the election. Ironically, this had little to do with fashion, and more to do with enforcing an important message – white has forever been associated with feminist rights, worn by the suffragettes at the beginning of the 20th century when they fought for recognising women’s voting rights.

Name – Kamala means lotus, which is a reference to Hindu Goddess Lakshmi.
Zodiac Sign – Libra
Favourite Indian food – Idli and sambar
Husband – Doug Emhoff, will be referred to as the second gentleman.
Sibling – Sister, Maya Harris
Favourite books – The Kite Runner by Khalid Hosseini, Native Son by Richard Wright, The Joy Luck Club by Amy Tan, Songs of Solomon by Toni Morrison and The Lion, the Witch and the Wardrobe by CS Lewis.

Indira Gandhi, Former Prime Minister of India
“To be liberated, woman must feel free to be herself, not in rivalry to man but in the context of her own capacity and her personality.”

Ruth Bader Ginsberg, Former Associate Justice of the Supreme Court of the United States
“Women will have achieved true equality when men share with them the responsibility of bringing up the next generation.”

Hillary Clinton, Former Secretary of State, USA
“Human rights are women’s rights. Women must enjoy the right to participate fully in the social and political lives of their countries if we want freedom and democracy to thrive and endure.”

J. Jayalalithaa, Former Chief Minister of Tamil Nadu, India
“Only when women are financially independent, they will gain confidence and willpower to bridge the gender gap. If a woman thinks she can, she can not only rewrite her fate but also the lives of the others.”

Jacinda Ardern, Prime Minister of New Zealand
“Lifting wages, closing the gender pay gap, living free from violence, having the choice to be a carer, to have a career, be a mother – those are uppermost on my to-do list. Our extraordinary women deserve no less.”

Sheikh Hasina, Prime Minister of Bangladesh
“I believe that only the right kind of education can make a girl self-reliant economically, socially and emotionally.”

Angela Merkel, Chancellor, Germany
“Women’s full human rights and freedoms are fundamental to peace and prosperity on a healthy planet.”