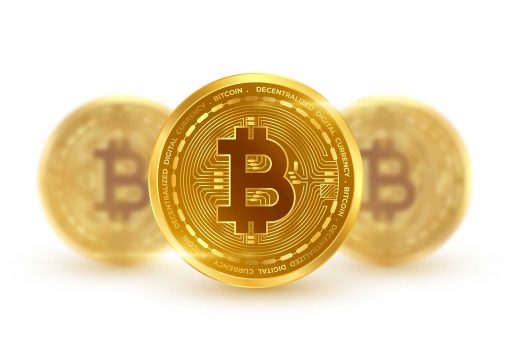 Bitcoin, the first blockchain-based cryptocurrency, was launched in 2009 by Satoshi Nakamoto. The fame of bitcoin has surpassed every expectation, and as of March 2021, there are over 18.6 million bitcoins in circulation. Anurima Das takes us through the fascinating world of digital currency 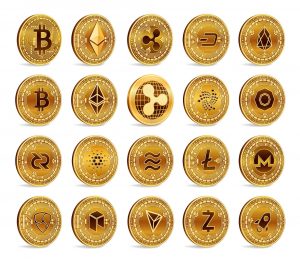 In simple terms, cryptocurrency is a digital or virtual currency that is secured by cryptography, which makes it virtually impossible to counterfeit or double-spend the currency. Most of the cryptocurrencies are distributed through networks that have a base in blockchain technology. One of the more prominent features of a cryptocurrency is that it is generally not issued by any central authority. This helps in keeping the system immune to government interference or manipulation.

Given the raging popularity of crypto and its reputation for growth and gains, it is better to keep an eye on some of the best and invest in them when the time is ripe.

Bitcoin (BTC):
Still ruling the charts given its first-of-its-kind reputation, BTC runs on a blockchain, or, better to say, a ledger charting transaction scattered across a network of computers. Solving a cryptographic puzzle, a process called proof of work, keeps this crypto secure and safe from fraudsters. Bitcoin has now become a household name. As of June 2021, a single Bitcoin’s price is over $32,000. That’s a growth of about 6,300% compared to its initial price of $500.

Ethereum (ETH):
Ethereum is a cryptocurrency and a blockchain platform which runs on ether, a platform-specific cryptographic token. Launched in 2015, Ethereum has experienced tremendous growth from $11 to over $2,500, in just about 5 years. This virtual currency aims to create an openly accessible decentralised suite of financial products.

Tether (USDT):
With a market cap of over $62 billion, Tether is regarded as a stable coin. This is because it is backed by approved currencies like the U.S. dollar and the Euro. Moreover, in most cases, Tether hypothetically maintains a value equal to the denominations of these currencies. This hints at Tether’s value being more consistent in comparison with other cryptocurrencies. This definitely makes it a favourite among serious investors who are afraid to invest in crypto because of its volatile character.

Cardano (ADA):
Holding a market cap of over $51 billion, Cardano, even though a late entrant into the crypto universe, is a notable name. This is because of its adaptation of the proof-of-stake validation. This method accelerates transaction time and decreases energy usage. Moreover, it negates environmental impact by eliminating the competitive transaction verification present in platforms like Bitcoin. Cardano also enables smart contracts and decentralised applications, which are powered by ADA, its native coin.

Dogecoin (DOGE):
A celebrity favourite, DOGE was started in 2013, and in no time, it emerged as a popular cryptocurrency option, thanks to Elon Musk and a dedicated community of thinkers. Unlike many other cryptos, there is no limit on the number of Dogecoins that can be created. This makes the currency prone to devaluation as supply increases. Even though a new entrant in the crypto space, DOGE has remarkable potential and should be on your watch list.

XRP (XRP):
From the founders of Ripple, a digital technology and payment processing company, XRP can be used on that network to enable exchanges of diverse currencies. XRP, with its ease of trading, was founded in 2017, when it was $0.006. As of June 2021, its price reached $0.92, hinting at its futuristic growth trends.

Binance Coin (BNB):
Launched in 2017, Binance coin has exceeded its reputation of being the medium for trade on the Binance platform and now can be used for payment processing and travel booking as well. You can also trade or exchange Binance for other forms of cryptocurrency like Ethereum or Bitcoin.

Expert Speak
India’s transaction volumes have skyrocketed in recent times. Even though India is still in a perplexed state when it comes to wholeheartedly accepting the crypto trading universe, it does recognise the capabilities of crypto. Several Indian companies operating within this space are generating employment and standing for amazing innovations. This, in due course, will definitely pull in more investments and, with government policies and rulings coming in favour, will make this space more worthy. However, for beginners and pros alike, one must practice due diligence and do background research if they want to enter the crypto world. It is important to have a clear understanding of the crypto dynamics to make the right decision.
Sateesh Ananthapadmanabhan – CEO, Rage Fan